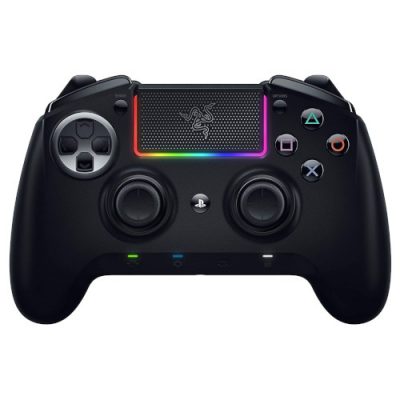 Razer launched the Raiju PS2016 controller back in 4. The gamepad, which was officially licensed at that time and designed for pro-oriented players, impressed with its expanded customization options and a particularly ergonomic design.

The Razer Raiju Ultimate (2019) was released three years later, with the intention of adding wireless Bluetooth functionality to the then wired Raiju, eliminating bugs and providing even more customization options. 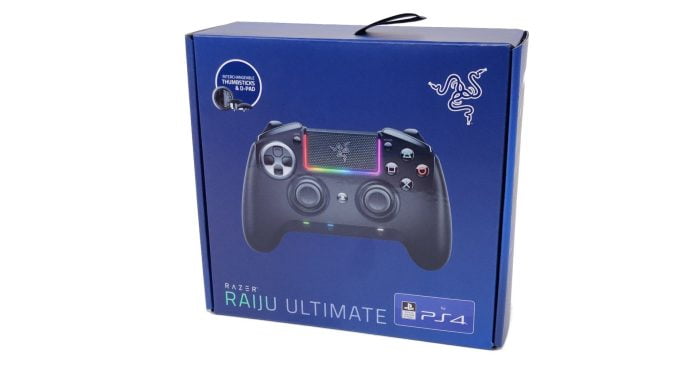 The Raiju Ultimate does a lot when you unpack it. The controller is delivered including a transport case. The modular D-Pad and analog attachments are nicely lined up in the front part of the case.

If you take the controller in your hand, the high weight is immediately noticeable. The Pro-Controller weighs in at a proud 352g and is thus 142g heavier than a normal DualShock 4 controller. The weight is evenly distributed over the entire controller. Too high a top load? - Nothing! It should be noted, however, that the Raiju Ultimate, unlike other Pro controllers, such as the Nacon Revolution Pro Controller 2, does not have interchangeable weights. 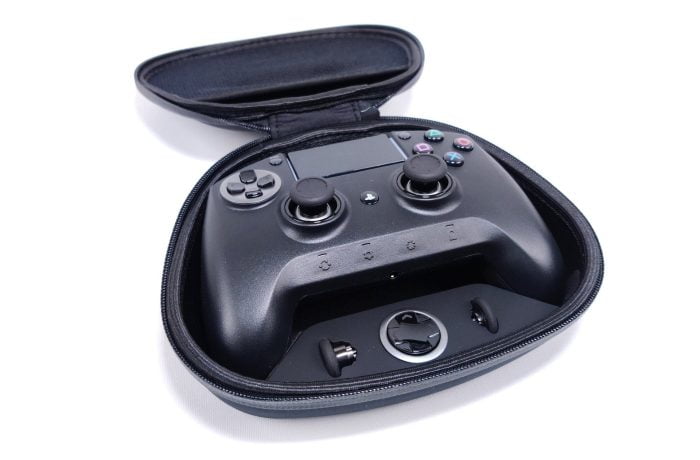 The Raiju Ultimate feels great to the touch. The rubberized handle horns provide a comfortable grip, even during longer gaming sessions. The arrangement of the buttons is also very well implemented. All keys are easily accessible with normal sized hands. Only the M3 and M4 triggers require a slight acclimatization phase due to their very deep placement. Likewise, gamers with small hands could have problems with the M1 and M2 triggers. These are difficult to reach with index fingers that are too short!

Speaking of buttons, in addition to the basic equipment of a conventional DualShock controller, the Raiju Ultimate offers a touchpad with stylish RGB chroma lighting and four multifunction buttons. The pressure points of the keys are correct and provide a pleasant mechanical feeling with tactile feedback.

The Raiju Ultimate is primarily designed as a PS4 controller. However, it is also possible to connect the gamepad to the PC. The mode can be switched between “PS4 BT”, “USB” and “PC BT” via a switch on the back. The connection was established without any problems in the test. In the same way, the connection was kept constant without any interruptions. What PC gamers have to pay attention to, however, is that the Raiju Ultimate is still a DualShock controller, which has to be configured separately on the PC and in its games. 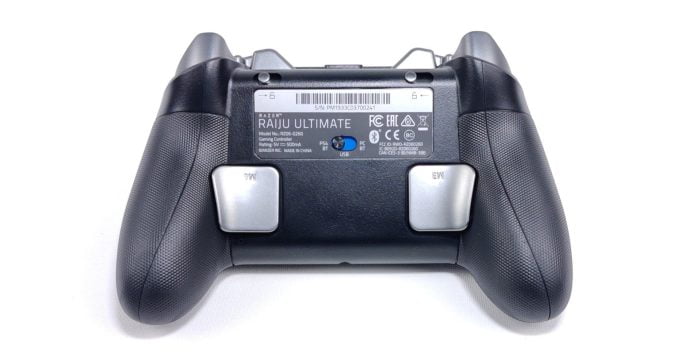 The D-Pad, which is available as a disc or a classic control pad, is also interchangeable. The so-called “trigger stoppers” make it possible to change the key travel of the L2 and R2 triggers in next to no time. All you have to do is to flip the switches on the back. The shorter path of the trigger means that it is possible to react even faster, especially in shooters. In order to avoid unintentional input of the PS key and the configuration keys, these can be deactivated using the lock key.

Depending on the game genre, the Raiju Ultimate can be programmed with different profiles. The key assignment, the vibration strength and the RGB chroma lighting can be adjusted. Programming via app is easiest. The “Raiju for PS4” app is available for download in the respective app stores (Apple & Google). The connection between the app and the controller is established via Bluetooth. In the test, the first connection setup worked right away. A repeated connection was again tricky, because the controller was only found after switching the smartphone on and off several times. Razer should definitely make improvements here!

Four pre-programmed profiles for shooter, fight, sport and racing titles are already available in the app. In order to be able to create a new profile, a Razer ID is required. With Razer ID, up to 500 individual profiles can be saved in the Razer Cloud. However, the pre-programmed profiles can also be adapted without a Razer ID. The key assignment includes the keys M1, M2, M3 and M4. All other keys can be assigned to these special keys. The sensitivity of the analog sticks can be adjusted using a 10-level sensitivity regulator. The vibration strength of the left as well as the right vibration motor can be set in steps of 10.

To give the controller a unique look, there is RGB chroma lighting around the touchpad. In addition to an individual choice of colors, there are also six different lighting modes to choose from. Regardless of whether static, pulsating or reactive, the setting options are almost limitless. Last but not least, the battery life. The battery lasted approximately 8 to 10 hours in the test. The charging indicator below the touchpad shows early on when it is time to charge the controller. A complete charging process takes almost 4 hours.

The Razer Raiju Ultimate is expensive. So expensive that you should definitely consider 2, 3 if not 4 times whether you really should spend so much money on a game controller. However, if you want the best PS4 "Elite" controller on the market, you can't avoid the Raiju Ultimate. The gamepad is excellently processed, offers a wealth of functions and looks stylish thanks to the RGB chroma lighting.

Nevertheless, the gamepad is not spared criticism. Despite a lot of bells and whistles, Razer implemented the Raiju PS4 app completely unlovingly. In addition, there are isolated connection problems, which the manufacturer now has under control.