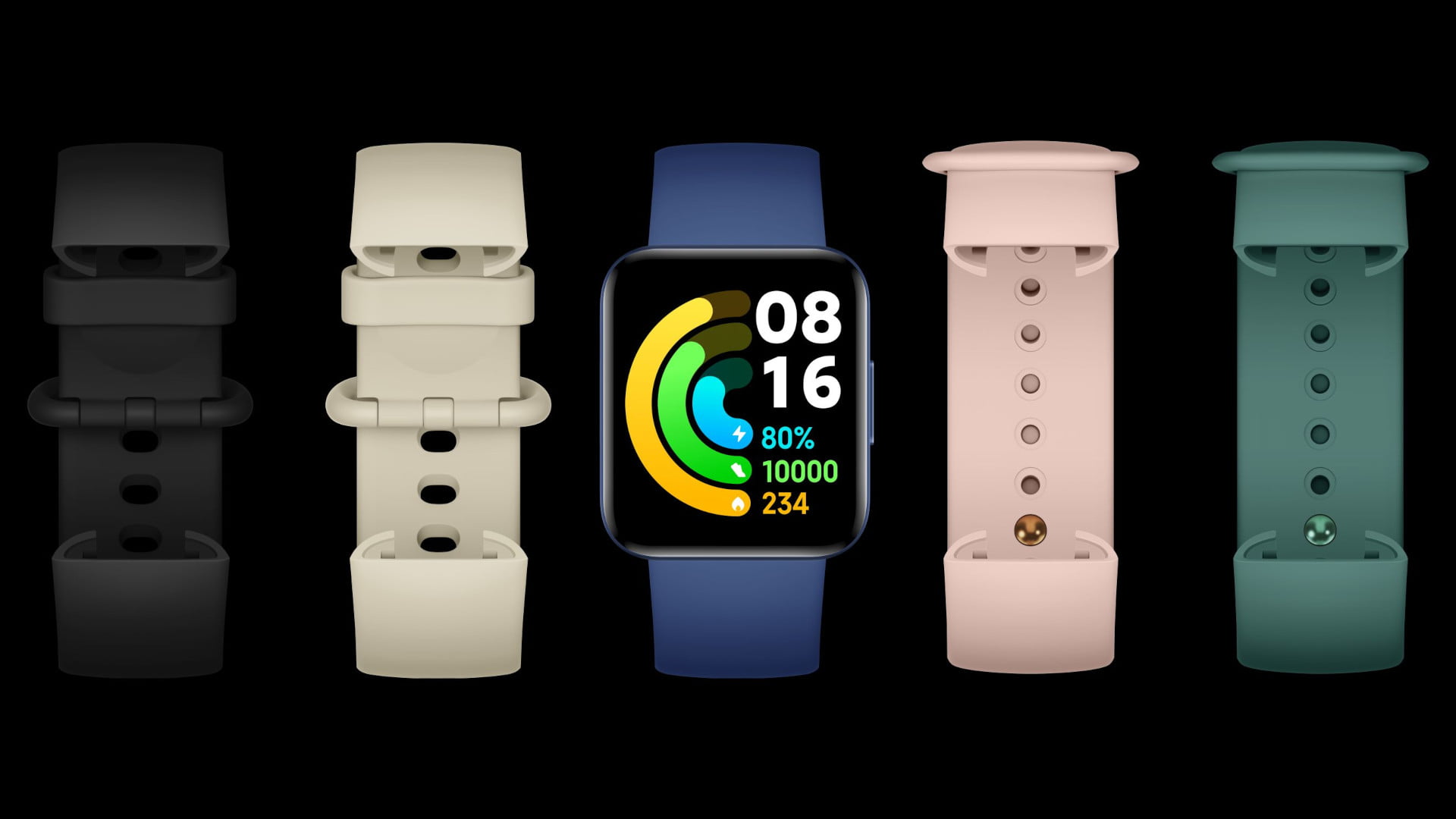 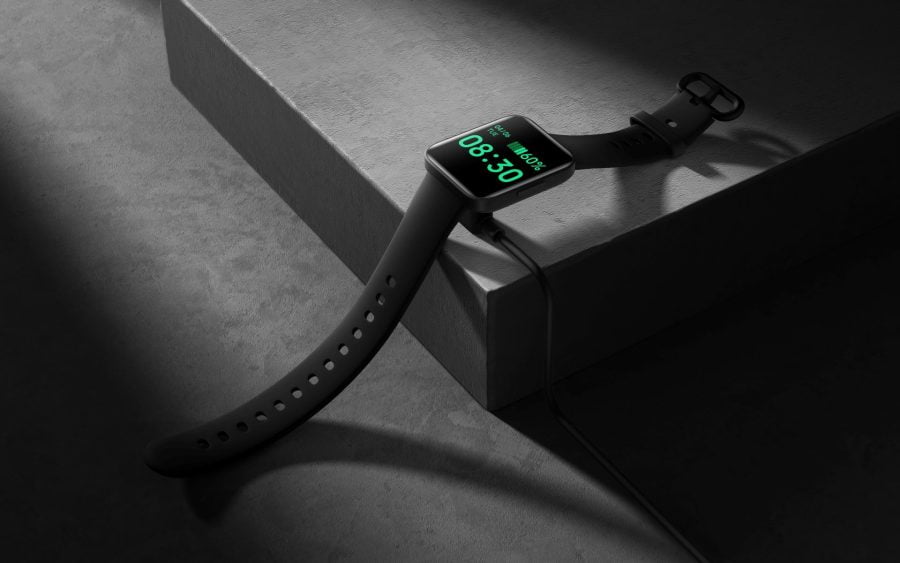 In the following comparison we show you the differences between the POCO Watch and the already available Redmi Watch 2 Lite:

The POCO Watch focuses on fitness and health. Fitness enthusiasts can choose from more than 100 sports programs, keep an eye on their pulse with the help of an optical heart rate sensor (24 hours a day) and can even monitor the blood oxygen content (SpO2). 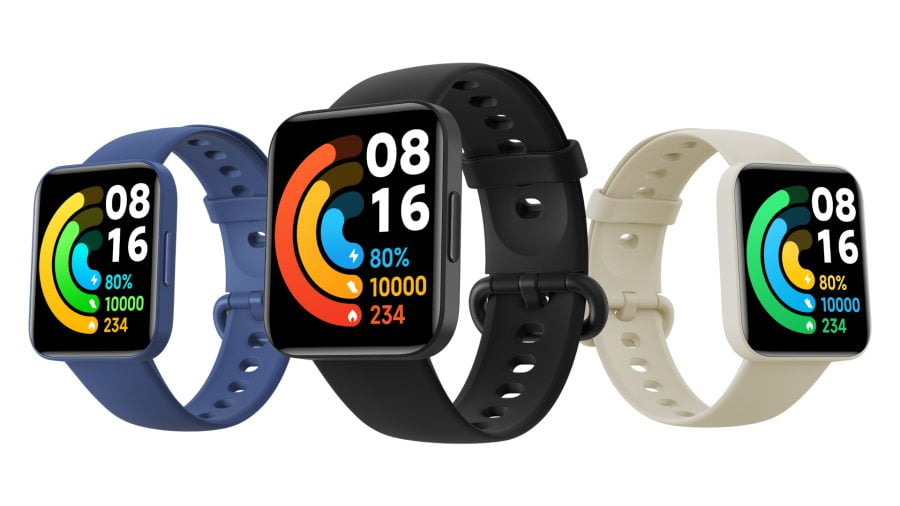 Outdoor sports are supported by an integrated multi-system GPS (GPS, GLONASS, Galileo and BeiDou). This gives the user valuable and, above all, precise information about the course of the route.

Incidentally, the POCO Watch can also be used as a smartwatch for everyday use. Coupled with an Android or iOS smartphone, the POCO Watch receives calls and push notifications, acts as an alarm clock and tracks sleep at night.

The square POCO Watch looks confusingly similar to the Redmi Watch 2 Lite, but a quick look at the data sheet shows the technical superiority of the POCO Watch. Probably the biggest difference is the touch display, because instead of the TFT display type, the POCO Watch uses a 1,6″ AMOLED display. The display type is known for a strong color rendering and an almost infinite contrast ratio. 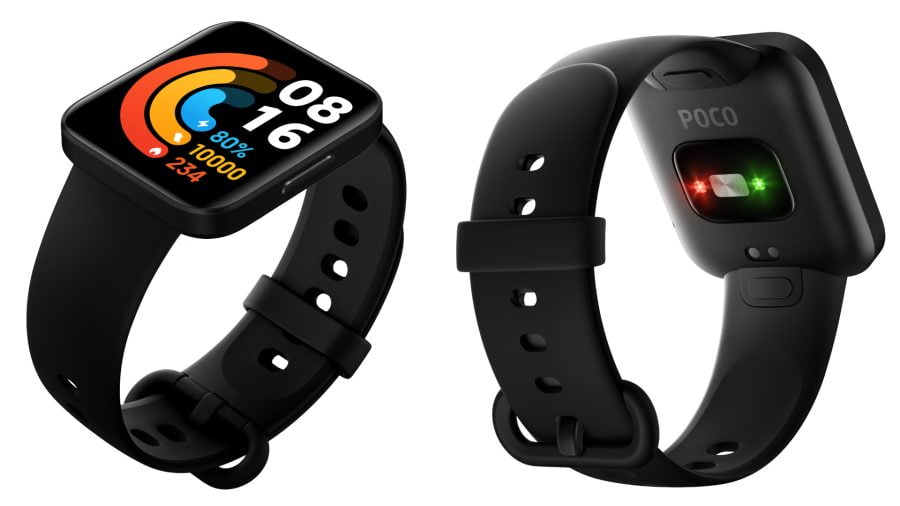 The resolution of 320 x 360 pixels or 301 PPI speaks for a high display sharpness with good legibility. The more than 100 watch faces that POCO makes available ensure an individual look.

The longer battery life should not go unmentioned despite the lower battery capacity. In contrast to LC displays, displays of the AMOLED type are considered to be more energy-efficient, which in the case of the POCO Watch results in a running time of around 14 days with normal use. The smartwatch is charged via a magnetic charging connection. 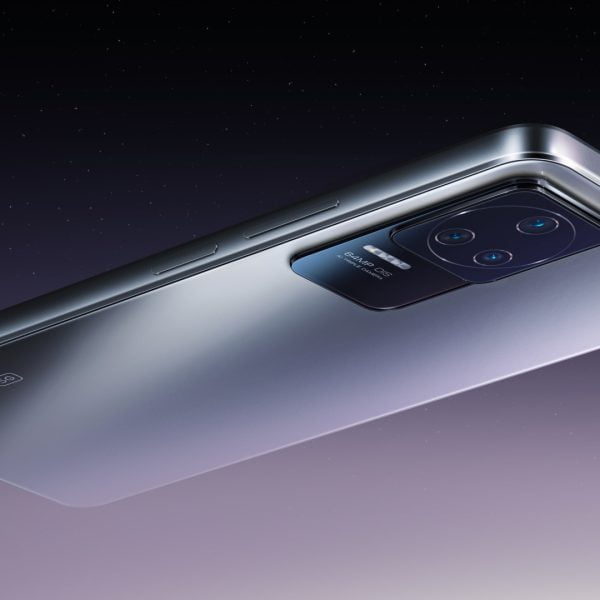