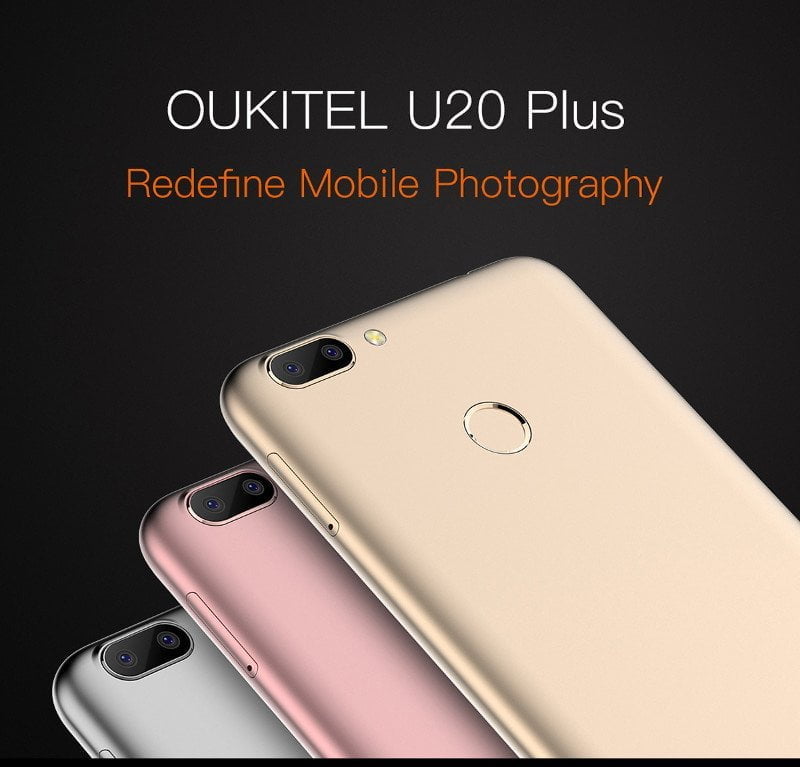 The display of the Oukitel U20 Plus differs from many budget smartphones. Instead of an HD display, Oukitel relies on a full HD display (1920 x 1080) with a display diagonal of 5.5 inches. The panel is manufactured by Sharp. With so-called 2.5D Curved Glass, the screen edges appear slightly rounded, which above all contributes to the better appearance. The interior of the smartphone hardly differs from the Oukitel U7 Plus, also a budget smartphone from Oukitel. Nevertheless, the Oukitel U20 Plus goes a step further. Instead of a MediaTek MTK6737, this smartphone uses the higher clocked MTK6737T, which has a total of 4 processor cores that clock at a maximum of 1.5GHz. In addition, 2GB of RAM and 16GB of internal storage are available. If the internal memory is too small for you, you can expand it with a micro SD memory card. However, it should be noted that the memory expansion also means that one of the SIM slots is no longer available and the dual SIM function can no longer be used! Overall, the combination of MTK6737T processor and 2GB of RAM should offer a smooth Android 6 experience - except for graphically demanding games. 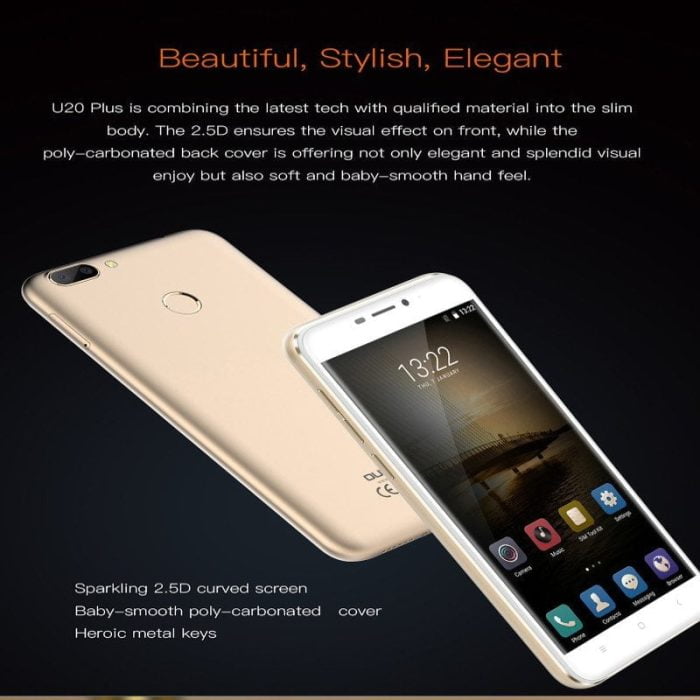 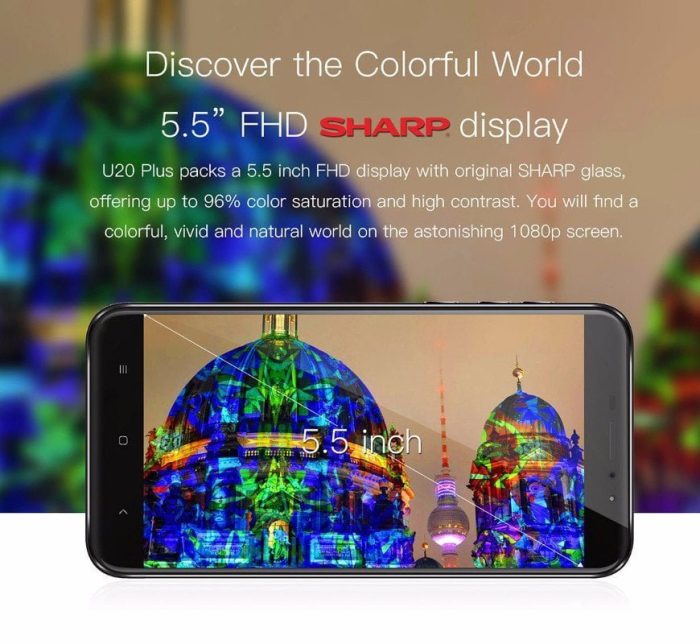 Probably the most interesting feature of the Oukitel U20 Plus is the dual main camera. Oukitel specifies the image sensor of the main camera with a Sony IMX135 Exmor RS sensor, which was released in 2013 and was also used in branded devices such as the LG G3. The native resolution of this 1 / 3.06 ″ sensor is 13.42 megapixels. In addition to the actual main camera, there is another 0.3 megapixel camera that enables the advertised SLR effect. Oukitel is silent on how exactly the dual camera system is implemented. The recently published sample images show that a fairly large f / 2.0 aperture was used, which should score particularly well in poor lighting conditions. Furthermore, the main camera has an auto focus and an LED flash. On the front there is a 5 megapixel front camera without further information on the image sensor.

Photos taken by OUKITEL U20 Plus - enjoy the SLR effect

The case of the Oukitel U20 Plus is not made of metal as expected, but of plastic and measures 154 x 77.5 x 8.5 millimeters with a weight of 195 grams. The back is not removable due to the unibody design, which is why the 3.300mAh battery cannot be changed. There is a fingerprint scanner on the back for safe and easy unlocking of the device. It is also worth mentioning that the Oukitel U20 Plus is compatible with all common 2G, 3G and 4G network standards. LTE band 20 is supported in the same way as bands 3 and 7 that are common in this country. GPS, WiFi and Bluetooth are available. 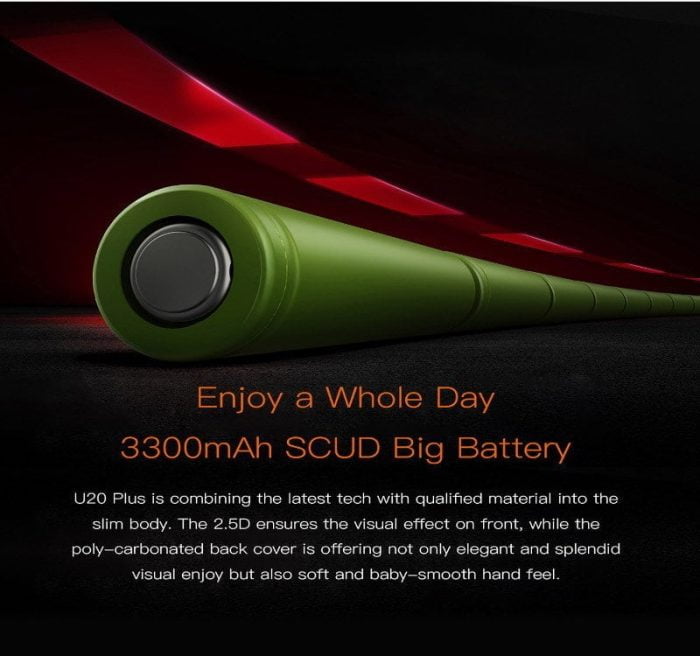 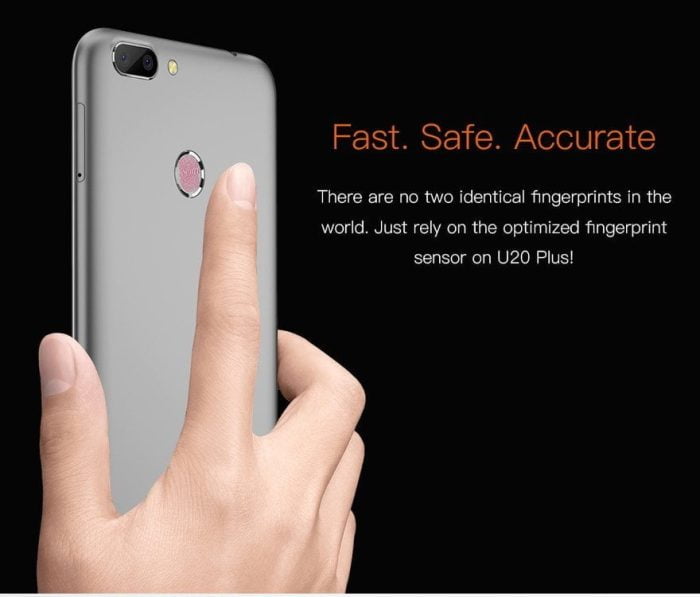 An LTE-capable smartphone with an HD display for less than 70 € - can something like that work? The Oukitel C5 Pro is such a "Lowest Budget" smartphone ...