Home » News » Oppo Realme 2 Pro - All information about the smartphone

Oppo Realme 2 Pro - All information about the smartphone

by Timo12. October 2018
The Chinese smartphone giant "Oppo" has introduced a new smartphone under the brand "Realme". The Realme 2 Pro is a well-equipped mid-range smartphone that will be released internationally for just under 200 €. All information about the smartphone we have collected in the following post.
Overview
Manufacturer/Model

The Chinese smartphone maker "Oppo" is largely unknown in this country. This includes Oppo or the parent company "BBK Electronics" to the five largest smartphone producers worldwide. Other well-known brands of the BBK Electronics Group are, for example, OnePlus, Vivo and more recently Realme, which attracts as Oppos "Young Brand" with inexpensive, yet well-equipped smartphones. The Realme 2 Pro is the first smartphone in the series to appear internationally. 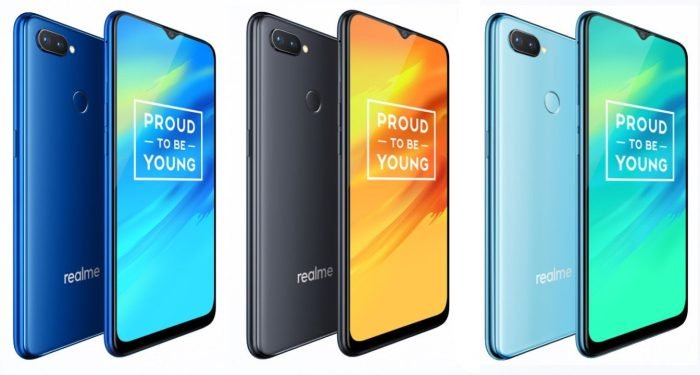 The Realme 2 Pro comes in a neat design. The smartphone is available in the colors "Blue Ocean", "Black Sea" and "Ice Lake", The colored back is laminated in 15 layers, so that shimmers differently depending on the light. The housing dimensions lie despite 6.3 inch large display with compact dimensions of 156.7 x 74 x 8.5 mm, That too Weight coincides 174 g not too high. 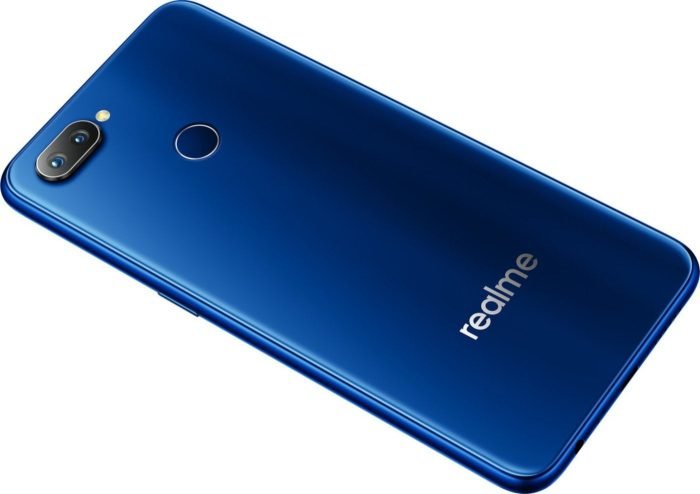 The connection options include one MicroUSB jack and one 3.5 mm headphone input, Too bad that Realme has decided against the more current USB-C standard. Both connections are not opposite, but placed next to each other. If you like listening to music and carrying your smartphone in your pocket, you will not have to struggle with annoying cables. In the middle of the two sockets is one of the total 2 microphones with noise reduction, Right next to the MicroUSB socket is the Mono speaker accommodated. The side of the housing located SIM tray can with 2 Nano SIM Cards and an additional one MircoSD card be equipped. 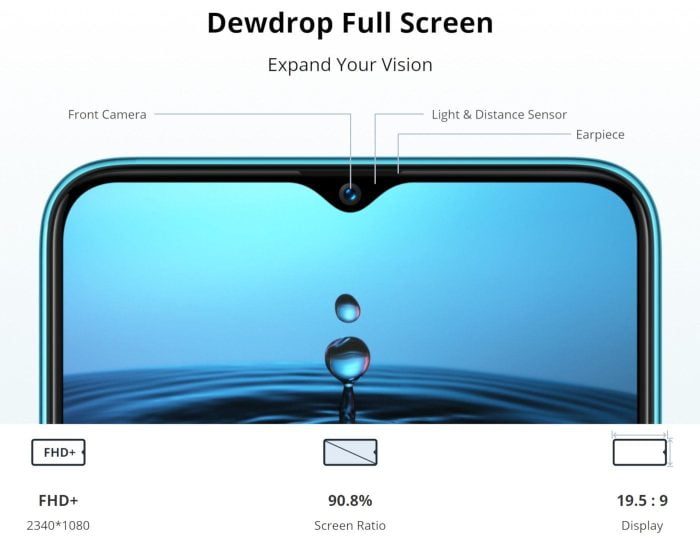 The Realme 2 Pro is a smartphone with Notch. However, the display notch is due to that "Dewdrop" design not much bigger than a drop. The notch surrounds only the front camera. The sensors and the handset are barely visible between the display and the edge of the case. The IPS (in-cell) display solve one Diagonal of 6.3 inches with 2340 x 1080 pixels on. This results in a rather unusual Aspect ratio of 19.5: 9, The ratio of display to case is a remarkable 90.8%. The display is protected by Corning Gorilla Glass 3.

The smartphone is equipped with one of the currently fastest mid-range SoCs. The Qualcomm Snapdragon 660 system-on-chip forms a CPU with 8 Kryo 260 cores, which in turn are divided into two clusters. Four of the processor cores are merging into one performance cluster together, who takes on compute-intensive tasks. The maximum clock rate is 2 GHz. Four more processor cores form the Energy saving Clusterwho takes care of less demanding tasks in an accoustic manner. The storage facilities of the international Realme 2 Pro can be full 8GB RAM (LPDDR4X) and a 128GB large data store (UFS2.1) come up. The smaller model with 4GB and 6GB RAM and 64GB data storage is deprived of the Indian market. 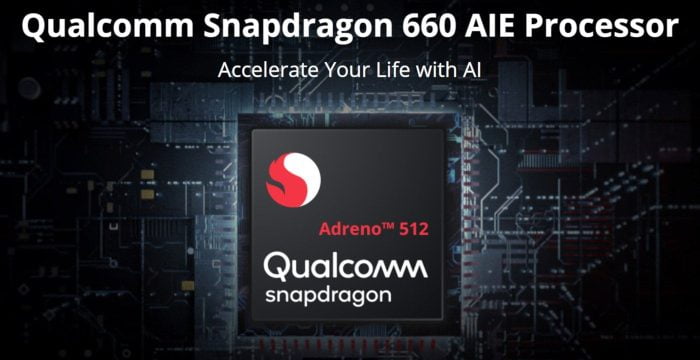 As User Interface comes the known from Oppo ColorOS 5.2 for use. This is a manufacturer-specific Android operating system that is based on Android 8.1 builds. Curse and blessing are on the one hand the extended range of functions, but at the same time you have to deal with some unneeded apps that inflate the system artificially (bloatware). Visually, ColorOS is very similar to Apple's iOS.

The dual main camera forms one 16 megapixel Sony IMX398 image sensor with f / 1.7 aperture and an 2 megapixel sensor with f / 2.4 aperture, Incidentally, the main sensor was already in the OnePlus 5 / 5T used. The large aperture allows more light to pass through the lens to the camera sensor. Theoretically, this allows better images in poor lighting. The main camera is supported by an LED flash. Other features are one Dual pixel autofocusfor even faster and more precise focusing, electronic image stabilization (EIS) and 16 AI scene modes. 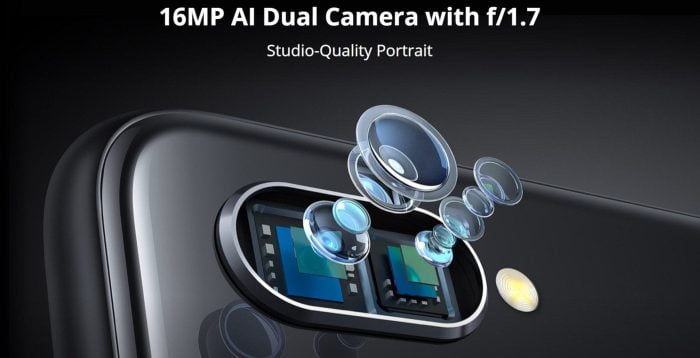 The front camera also uses one 16 megapixel image sensor, but with f / 2.0 aperture, Deep Learning analyzes recordings and automatically pampers them during post-production. How well Realme has implemented the function will be shown in the test of the Realme 2 Pro.

Mobile, battery and others

The Oppo Realme 2 Pro International is well positioned in mobile communications. All 4G mobile bands represented in Germany are supported. The models intended exclusively for the Indian Mark lack the bands 7 and 20. Who wants to buy the Realme 2 Pro, should definitely resort to the international model! Here is an overview of all mobile networks and frequencies.

The smartphone also supports Dual AC WLAN to 802.11ac, Bluetooth runs in the version 5.0. For precise navigation, the smartphone receives position data via GPS, AGPS, GLONASS and BeiDou. The sensory equipment includes a proximity sensor, an ambient light sensor, a G-sensor, a gyroscope and an e-compass. The device can be unlocked safely with the help of a fingerprint scanner and a face recognition, NFC does not exist.

The capacity of the non-replaceable battery is 3500 mAh, Fast charging (Quick charge) is unfortunately not supported. The maximum charge is 5V 2A. Runtime of a battery charge is indicated by realme with 16.5 hours in standby, 12 hours of music, 10 hours of video and 12.5 hours of web surfing.

Should the Realme 2 Pro actually appear at the price of just 200 €, it would be one of the best-equipped midrange smartphones 2018. Other Snapdragon 660 system-on-chip smartphones are barely available at 300 €. So far, however, the smartphone has been released exclusively in India. Realme has already announced an international sales start. When it actually will be, is not yet known. The post will be kept up-to-date in any case and will hopefully be included in a review soon.

OPPO A72 and A52 - smartphones now available!
look at

That sounds really good. At the price that would be really a force. The only thing that causes me abdominal pain is this ColorOS. I'm not that fan of vendor ROMs and it looks like Oppo does not like releasing the bootloader.

You can also unlock the bootloader at Oppo. Only the new phones are not yet. Supposedly Oppo works on a tool with which you can then unlock the BL as with Xiaomi.

Realme I have never heard of something but really blatant if that comes to Germany at the price. Although I am not a friend of Notch but I still like this droplook. Please post more of such unknown brands !!

Is there anything new about the smartphone? For me, a new one must come soon and this would be really located here. - appel

Hi appel, unfortunately there is no news when the smartphone could be released internationally. But realme is already advertising properly and has already informed major tech sites about it. In the next few weeks / months it will probably be so far.