Home » News » OPPO A91 - A series smartphone comes to Germany

OPPO A91 - A series smartphone comes to Germany

Gradually, OPPO is also launching new smartphones in Germany. The start of the A-Series is the OPPO A91, which is already available in some markets, but is now also on sale in Germany. OPPO sales partners are among others Amazon, OTTO, Mobilcom-Debitel and LogiTel. The smartphone will be available there from April 18 299 Euros zu kaufen.

The OPPO A91 comes with one Thickness of 7,9 millimeters the slimmest smartphone in the A-Series. At the same time it is with one Weighs only 172 grams also the lightest smartphone in the range. The back is made of shatterproof glass. In order to meet optical requirements, the smartphone is available in the colors Lightening Black and Unicorn white.

The Display with 6.4 inch screen diagonal solves in FHD + (2400 x 1080 pixels) on. The screen occupies 90,7 percent of the front. Of the AMOLED Display type ensures particularly strong colors and an almost infinite contrast. Up to 16 million colors can be displayed. OPPO specifies the maximum brightness of the panel at 430 cd / m². There is a hidden under the display for the naked eye In-display fingerprint scannerthat unlocks the smartphone in just 0,32 seconds. The display is protected by particularly scratch and break-proof Gorilla Glass 5.

Many of the OPPO A-Series models are based on MediaTek chipsets. So also the OPPO A91, which the MediaTek Helio P70 Mobile processor installed. The 2019-core processor released in early 8 is located in the mid-range segment. The cores are divided into a power cluster, with two Cortex-A73 cores and a power-saving cluster, to which the remaining 6 Cortex-A53 cores can be assigned. All cores clock with a maximum 2.1 GHz clock rate. 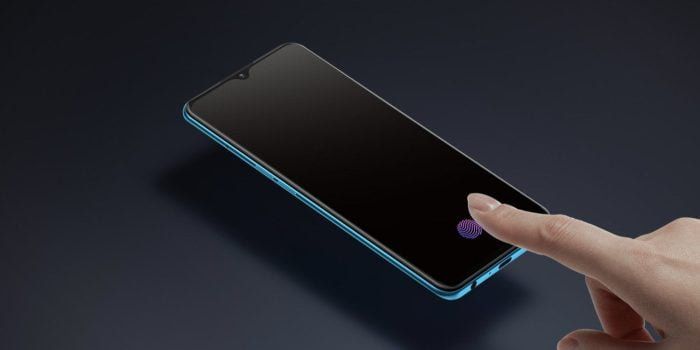 In addition to the CPU, there is an ARM Mali-G72 MP3 GPU. The storage equipment includes one 8GB LPDDR4X Memory and one 128GB data store. In terms of software comes the in-house coloros for use. You don't have to worry about missing Google Apps. OPPO works closely with Google. This is also shown by Google Widevine L1 Certification that enables Netflix to be streamed in HD. An update to Android 10 is considered safe.

If you want to compare the performance of the Helio P70 with a Qualcomm chipset, you would have to use the most recently released Snapdragon 600 models. The MediaTek processor cannot match the performance of the Snapdragon 700 series. This is particularly evident from the gaming performance. Experience has shown that the MediaTek processor has to struggle in games like PUBG. OPPOs Game Boost 2.0 Modus promises to improve the frame rate stability even in demanding games. In PUBG, the frame rate stability is said to increase by as much as 55,8 percent.

Nevertheless, the Helio P70 of the OPPO A91 is not a bad chip. The processor is considered economical and protects the battery. LTE cellular is extensively supported by the tapes common in this country. Other transmission protocols are Dual AC WiFi (802.11 a / b / g / n / ac) and Bluetooth 4.2. The position is determined using GPS, A-GPS, Beidou and Glonass. NFC is available even if the feature is not listed on the OPPO A91 product page. A test will have to show how the Helio P70 ultimately performs in the OPPO A91.

The rear camera system consists of four different sensors. The main sensor also triggers 48 MP on. OPPO does not disclose exactly which sensor it is. The product page only speaks of a sensor "4-in-1 pixel combination technology", which in turn speaks for a Sony IMX582 or Sony IMX586 with Quad-Bayer technology. This technology combines neighboring pixels into one pixel. Although this reduces the image resolution to 12 MP, it ensures a higher dynamic range and better low-light recordings.

The second sensor also triggers 8 MP open and get involved 119 degree ultra wide angle lens advantage. The other two auxiliary sensors also solve 2 MP each on. This is a camera with Macro lens and Monochrome camera. The OPPO A91 records videos with maximum 1080p resolution and 30 frames per second. The image is stabilized electronically (EIS). There are various image enhancers to choose from within the OPPO camera app. The front camera has a resolution of 16 MP.

Of course, the “VOOC” fast charging technology should not be missing from this OPPO smartphone. VOOC Flash Charge 3.0 charges the 4050 mAh battery of the OPPO A91 in only 30 minutes to 50 percent. It takes about an hour to fully charge the battery. The appropriate VOOC quick charger is included. Contactless charging is not supported.

OPPO Watch - The Smartwatch is coming to Germany
look at