by Timo28. February 2017
Small but powerful - that's how short the NuForce uDAC5 can be. The tiny case not only accommodates a headphone amplifier, but also a digital-to-analog converter (DAC). If you want to know what the miniature from the house of Optoma actually has on the box, you should definitely read this review!
Overview
Manufacturer/Model

First impression of the NuForce uDAC5

Insignificant 68 x 45 x 21 mm is the size of the uDAC5 and also just weighs 100g. Of course, because of the compact design, you might think that this is a mobile headphone amplifier, which is primarily intended for use with mobile players, but the uDAC5 wants to use it Combination of HiFi DAC and headphone amplifier clearly be more.

On a battery was completely omitted, which then restricts the mobility but something. The power supply instead takes place exclusively via one USB Type-B femalewhat the DAC is also connected to a PC or Mac. Other connection options are one analog RCA output, digital coaxial output and an 3.5 mm jack output, An analog knob for adjusting the volume is located on the front of the housing. The uDAC5 is also switched on via the rotary control, and a white LED illuminates whether the tiny device is actually active.

The Workmanship is high quality and not to complain about. The entire case is made of metal and comes in an elegant metallic look. The volume control sits firmly, is handy and turns precisely. Also the seat of the connections is first class. 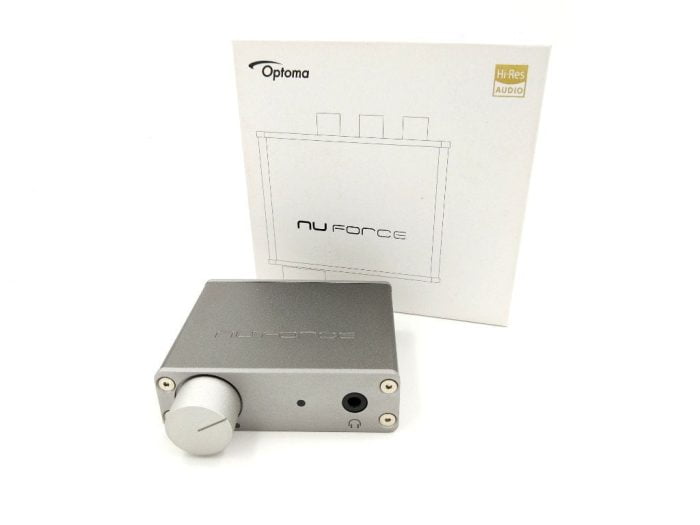 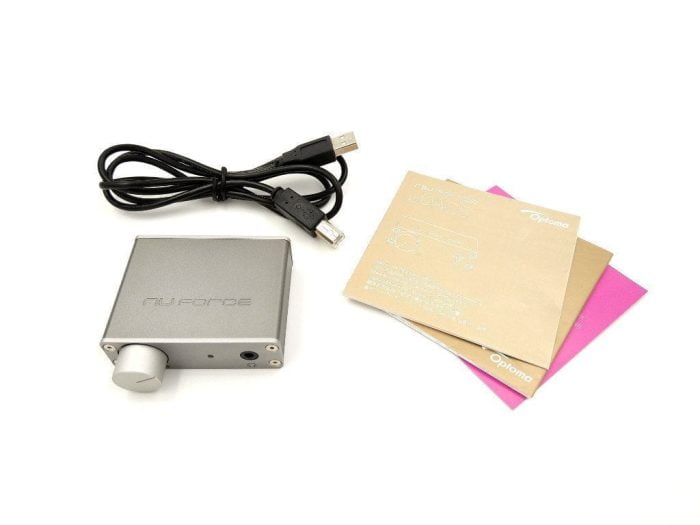 Commissioning is simple. For use with a PC or Mac, connect the NuForce uDAC5 to the USB Type B socket. To ensure that the DAC is correctly recognized under Windows, you need a suitable driver. The delivery includes a hint card with a link to the driver. On a driver CD optoma waives. If you want to connect the uDAC5 with a Mac, no further drivers are needed. With a USB OTG cable, the DAC can even be operated on an Android smartphone or tablet.

Let's get to the most important sub-point - the sound. The NuForce uDAC5 was tested on a Windows 10 PC and an Android 6 smartphone with a beyerdynamic MMX300 (600 Ohm) headphone as well as an AKG K530 (55 Ohm) headphone. In-ears of different price categories were used for a mobile test.

The uDAC5 almost completely exploits the entire frequency range. In the song "Last Flowers" by "Radiohead", the piano and the high voice of the singer "Thom Yorke" are outstanding and above all harmonious. Even at really high volume, the song is played very clearly. Based on the song "Hotel California" by the "Eagles", the DAC shows its tonal richness of detail. You can really imagine how the band stands in front of you and from which direction the instruments are played. Only with the in-ears the DAC did not want to work so well. Especially at low volume noise was clearly audible.

The NuForce uDAC5 is also suitable for PC players. Especially in tactical games like Counter-Strike on-board sound cards miss the spatial representation and even the presentation of sonic subtleties. The uDAC5 provides a very good spatial orientation, especially in tactical games where every last detail is decisive. The example of Counter-Strike above shows steps and shots to be precisely located. 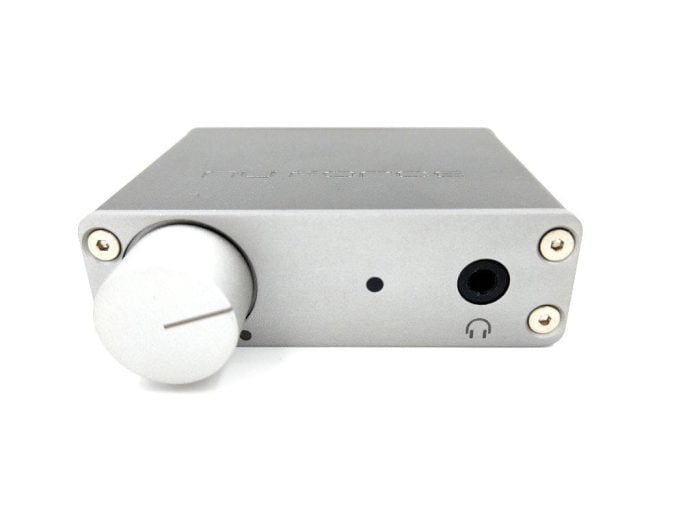 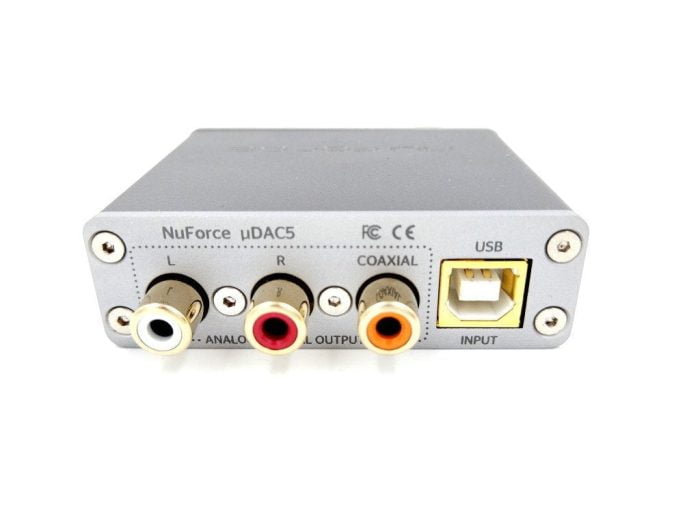 A real rarity in DACs in this price range is the support of DSD (Direct Stream Digital), This is made possible by the built-in "ESS Saber Hyperstream" Chip. DSD is one of the highest quality audio formats and supports one Sampling rate up to 11.2 MHz, To be able to play the format at all you need a special audio player. At the same time, it is not uncommon that the few - mostly classical pieces of music - that exist in DSD are several gigabytes in size. Of course we did not miss it and compared a DSD 256 sample (Britten: Frank Bridge Variations - Romance) with the same 24BIT / 192kHz sample. Sound differences can be heard, but the gained value is more for the audiophile listener than for the normal consumer. In addition, pieces of music in the format DSD still belong to the rarity.

Background noise with in-ears
No display for sampling rate

The NuForce uDAC5 from Optoma has got it packed! In addition to a very versatile usability, the DAC and headphone amp combo convinces especially in terms of sound. Due to the very even frequency response and the resulting, neutral - almost analytic - sound, the uDAC5 does not meet every taste, but surprises with a tonal richness of detail.