by Timo24. March 2016
The NO.1 G3 is a sporty wearable of the same name manufacturer "NO.1". The smartwatch is advertised with numerous, pre-installed apps, watchfaces and other useful functions, which are aimed primarily at the athletic user. In the test, we carefully examined the smartwatch.
Overview
Manufacturer/Model

First impression of the NO.1 G3

The NO.1 G3 Smartwatch was delivered in a simple watch carton, on which the most important technical data were already printed. Included in the delivery were next to the smartwatch yet 4 pin magnetic charging cable and Manual in Chinese and English.

Outwardly, the NO.1 smartwatch is very reminiscent of a Samsung Gear S2. You could even say that this watch was copied cheekily. The housing consists on the one hand of metal (visible side), the carrying side, however, consists of plastic. The back is removable. Behind it is the 350 mAh battery, which was soldered to the board and thus can be changed only with manual skill. Under the battery are the micro SIM slot and the micro SD memory slot, As a network standard, the NO.1 supports G3 GSM, which allows telephony with the smartwatch. A memory expansion is possible with up to 16GB.

On the back are the Heart Rate Monitor and the 4-pin charging connector for data transfer and charging the smartwatch. The size adjustable Bracelet of the NO.1 G3 consists of TPU (Thermoplastic polyurethane) and as far as well processed. There are two control buttons on the side of the housing. These are made of plastic and sit with some play in the metal part of the case. Especially with faster movements you can hear the keys rustle slightly. 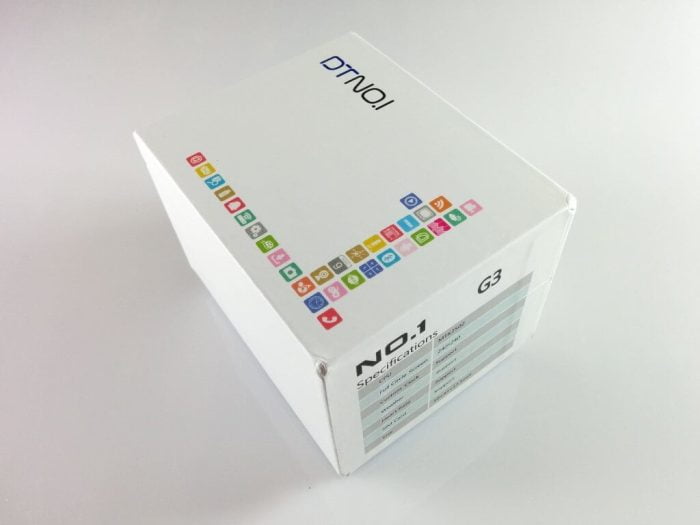 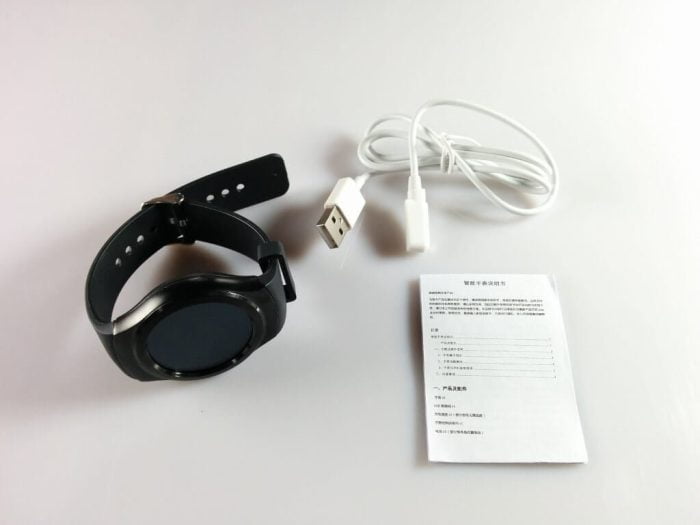 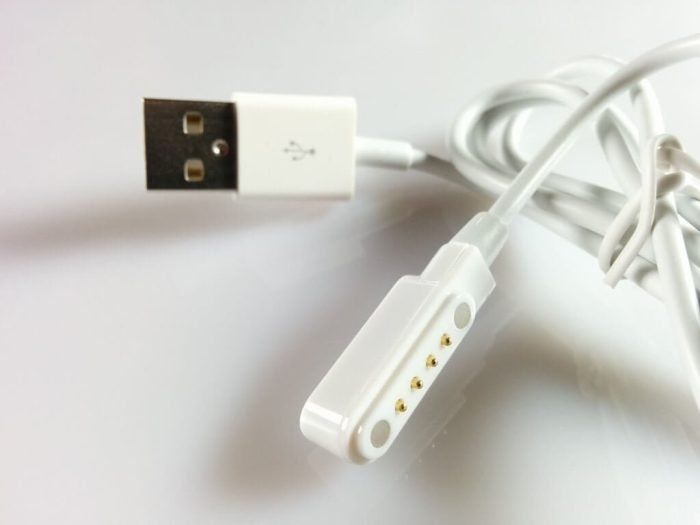 The processor used here is a MediaTek MTK2502not just on NO.1, but also on other Chinese smartwatch manufacturers. The RAM is 64MB, the internal memory is 128MB.

The operability can be described as good. Apps can be opened quickly, as well as the menu is largely fluid. The motion detection also works pretty well.

On the NO.1 G3 already all necessary apps were preinstalled. However, the smartwatch is not comparable to Android Wear, which is why no other apps can be downloaded later. With a total of 36 Apps, which are assigned to a broad spectrum, but you are well served.

Since the clock should be a sporty smartwatch, there are also numerous Fitness apps preinstalled. In addition to one Pedometer the watch has one more Heart Rate Monitor, one sleep monitor, One memories motion, a thermometer, one UV detection, ECG and an app to create one health index.

There are also other useful apps on the clock, such as a file Manager, One App for music playback, an app for making sound recordings, calculator and many more.

The programs have been well implemented, but you should not expect high quality apps à la Android Wear. The heart rate monitor, I would estimate as reasonably accurate. The pedometer on the other hand differs slightly from the values ​​of a Xiaomi Mi band. Which wearable now counts more exactly is hard to understand. 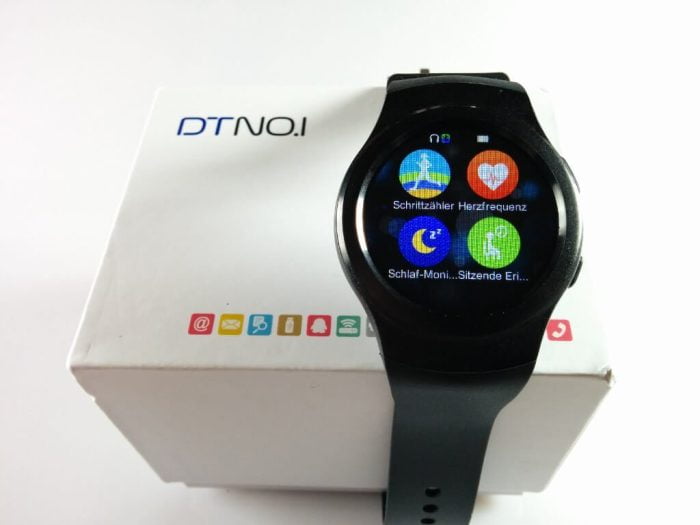 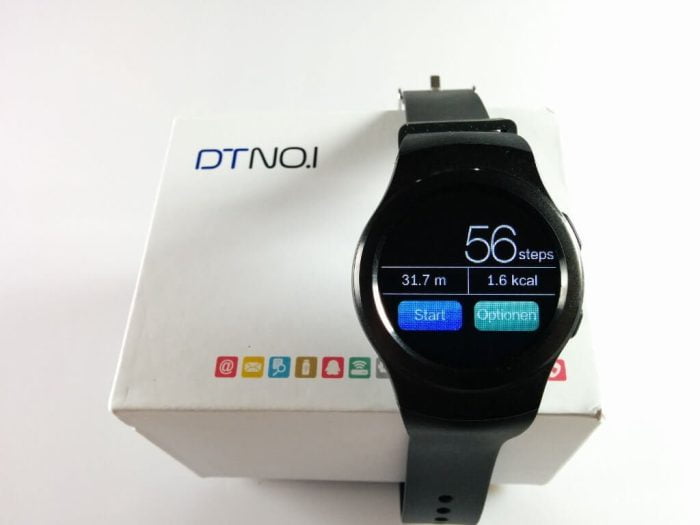 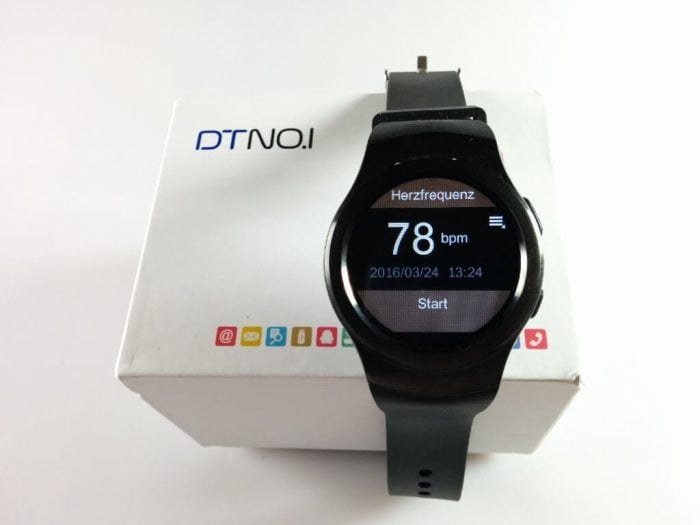 The Telefoniefunktion The NO.1 G3 is a nice addition as the wearable comes with its own SIM card can be controlled and owns a microphone. The recording range of the microphone is good, but the recordings are quite tinny. The watch can also be used via Bluetooth as "handsfree". However, the function could not convince me. I prefer to make a phone call with my smartphone.

Watchfaces of the NO.1 G3

Total are seven watchfaces preinstalled. A very interesting feature is that you can also load custom-created watchfaces on this clock. A Watchface consists of a total of 5 images. You just have to change it according to your wishes, load it via the PC into the "clock" folder of the Smartwatch and the assembling of the individual parts is done automatically with a restart of the G3. 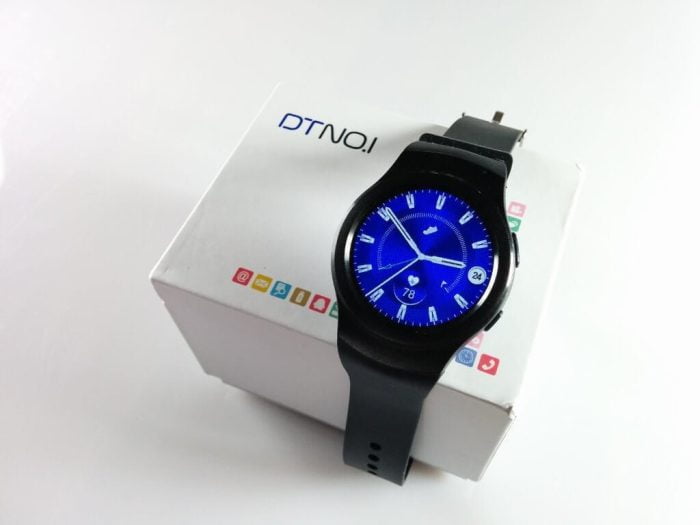 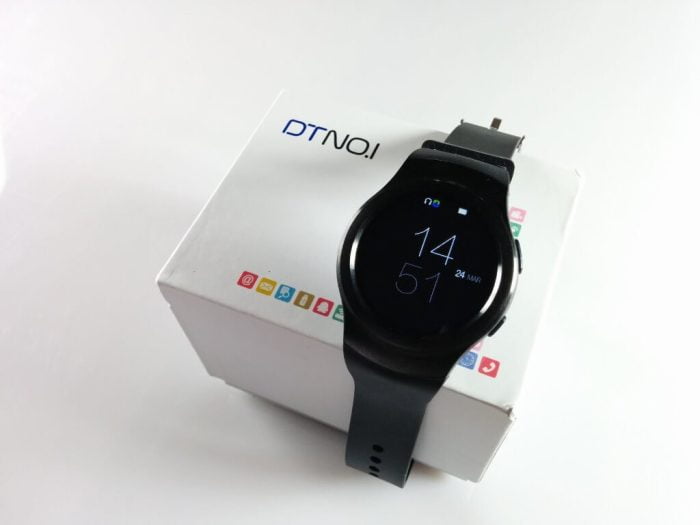 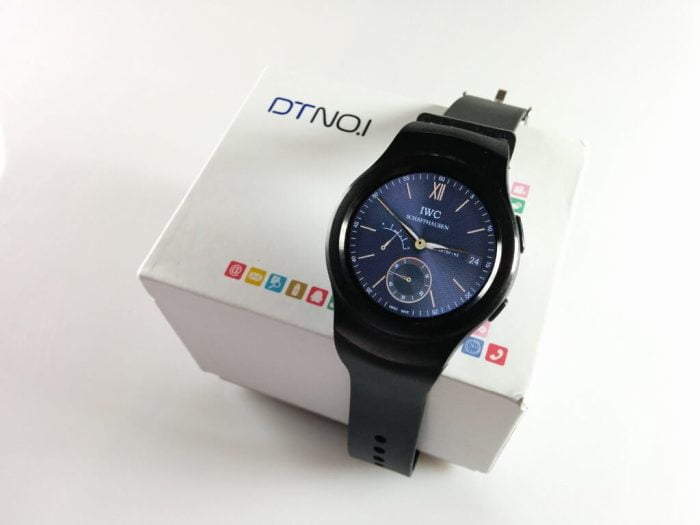 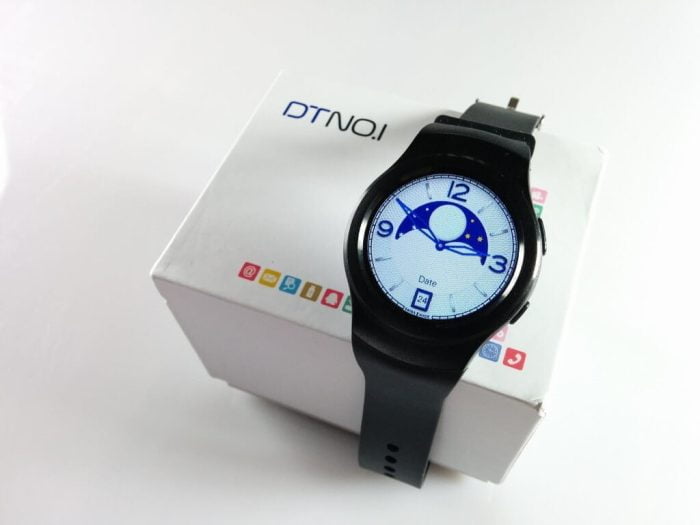 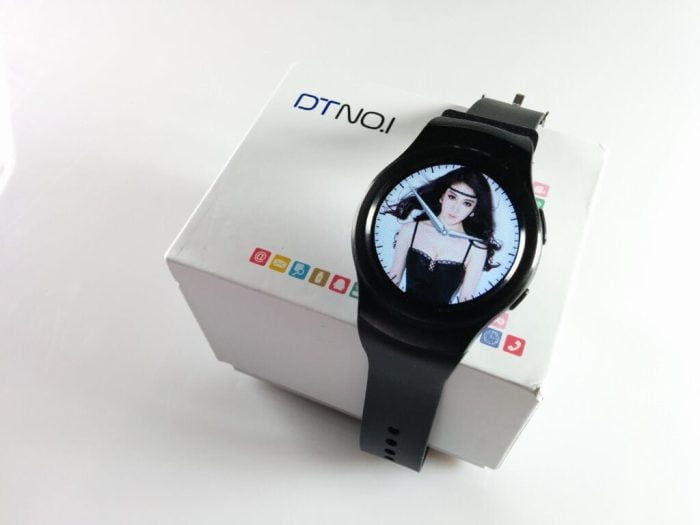 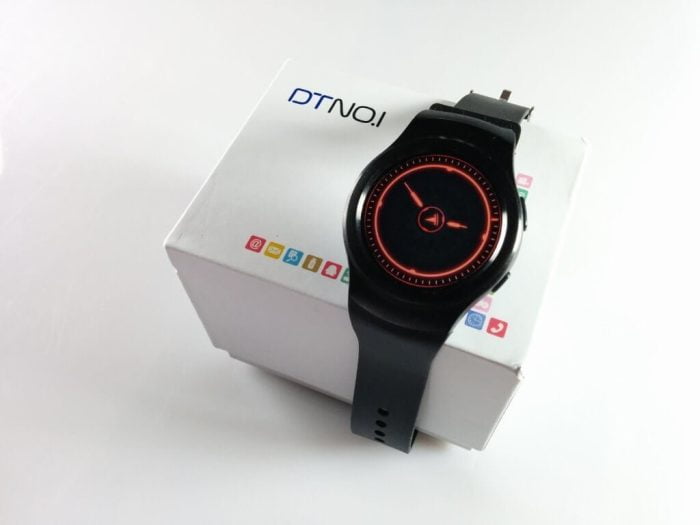 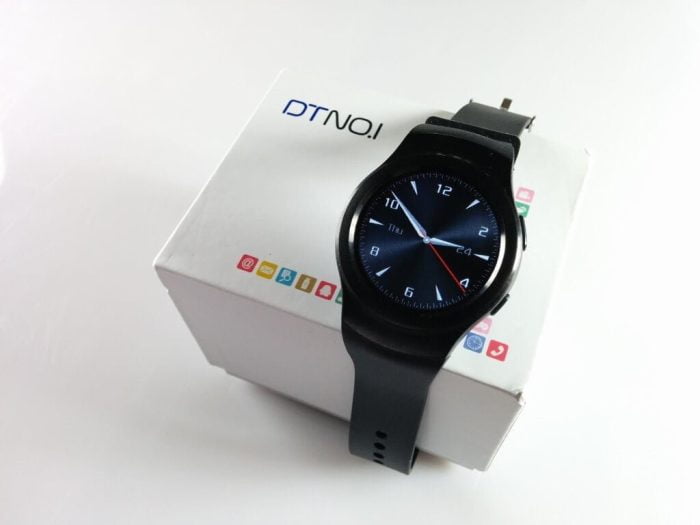 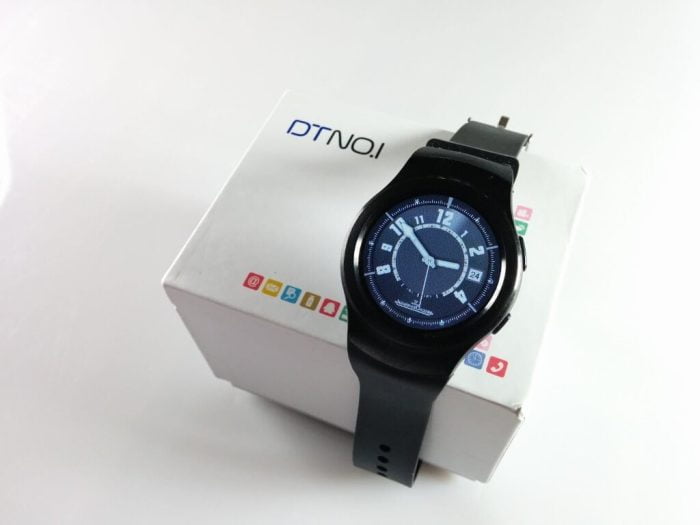 The NO.1 G3 can be used on the one hand "out of the box", on the other hand, the clock can also connect to an Android or iOS compatible smartphone. The app required for this "Fundo Wear"Can be found both in the Google PlayStore, but also in the Appstore, This app is a fitness app with which the watch can synchronize (heart rate, pedometer, sleep monitor, etc.), but also serves to transmit notifications. To be able to use the app in full, the creation of a user account is required. WhatsApp notifications and other notifications were accurately transmitted in the test.

The Bluetooth standard is Bluetooth 4.0, On WiFi was unfortunately omitted in this smartwatch. 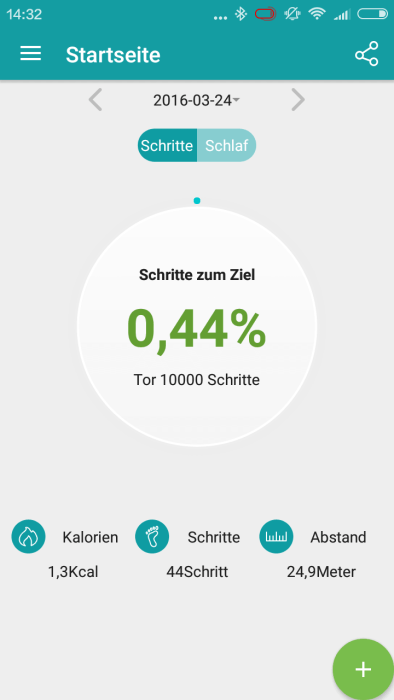 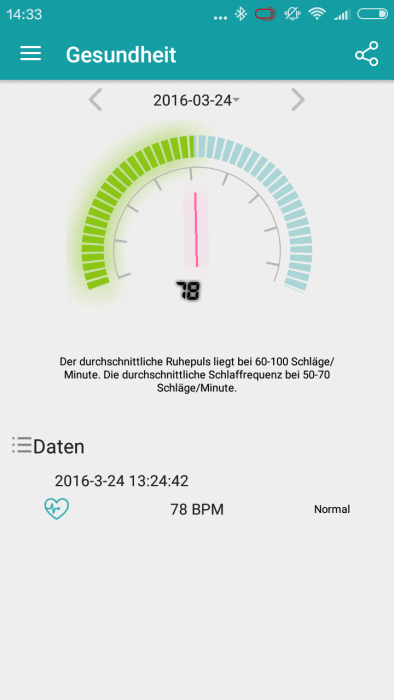 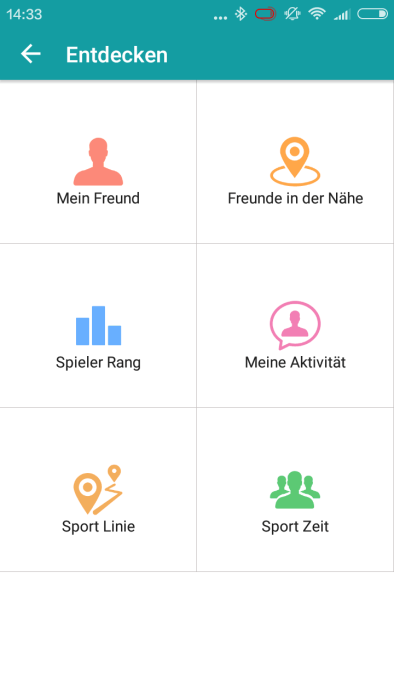 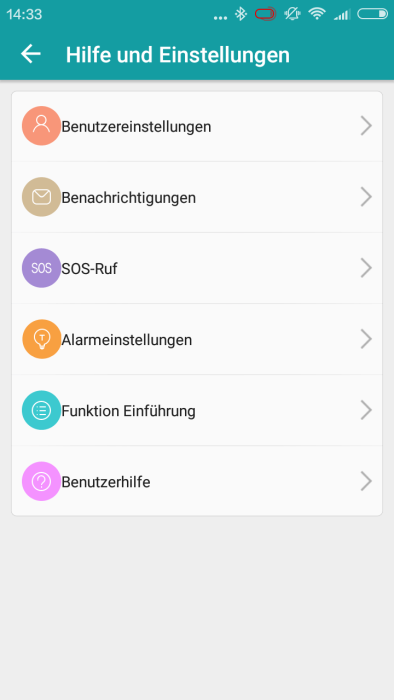 The capacity of the battery is included 350 mAh, whereby the clock achieved good running times in the practical test. Especially in standby, the consumption is very low. A power saving mode dims the display and can extend the runtime. After a day of intensive use I had to recharge the watch in the evening, but with normal use and disabled Bluetooth connection, two days of use should be very possible.

The implementation with the 4 pin charging cable is less successful. The magnets are very weak, as well as missing indentations, which is why the connector rests only loosely. With the slightest movement on the cable, the connector slips and you have to place it again accurately. Also, the loading time takes a relatively long time. In the test, I was only able to measure a charge current of 190mA with a multimeter. The loading time is thus close 2 hours. 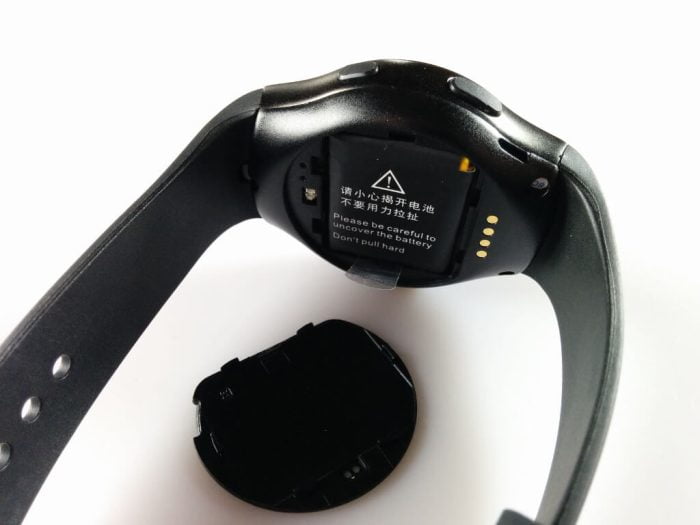 The NO.1 G3 is a sporty wearable for a fair price. The display dissolves very well and is easy to read even on sunny days. The design is similar to that of a Samsung Gear S2, but the function of the rotatable bezel has not been adopted. The workmanship is good and the battery life was convincing in the test. Notifications from the smartphone have been received accurately and quickly by the smartwatch. Higlight the smartwatch is the ability to subsequently install Watchfaces. However, additional apps can not be installed.

NO.1 G6 - Smartwatch with fitness features
look at

Does the clock show whatsapp messages to me and can I answer directly from the clock at connectivity with the smartphone and does the clock work with Android 6.0?

Hello JJ Schwede, yes the Smartwatch displays WhatsApp messages, but I could not answer. With my Nexus 5 (Android 6.0) I could easily connect the NO.1 G3. All you need is the "Fundo Wear" app.

Great thanks, so can I read the message completely or is it just the notification that I have an inbox on the phone? I'm curious that part should come this week ??

Here is a picture of what a received notification looks like. 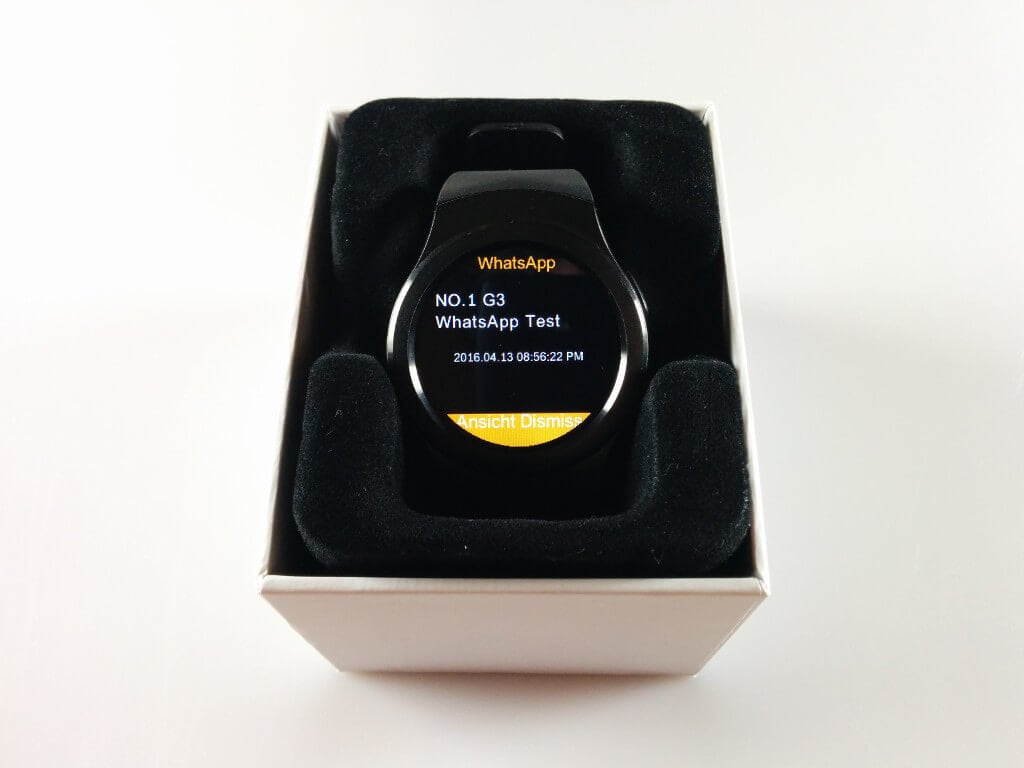 Unfortunately, smilies are not shown. The content of the message was "NO.1 G3 WhatsApp Test :)".

So it looks to me synonymous but I have problems when several messages come in then there is only read 2 messages but I can no longer ????

Hello, how do I set german language?

In the system settings of the smartwatch, there is the menu item "Language".

Hi. Can I listen to music through Bluetooth headphones?

Thank you and have a nice evening

Hi. I finally got the watch and I got bluetooth headphones. But if I want to hear about my music then the app says "not available."
What am I doing wrong?