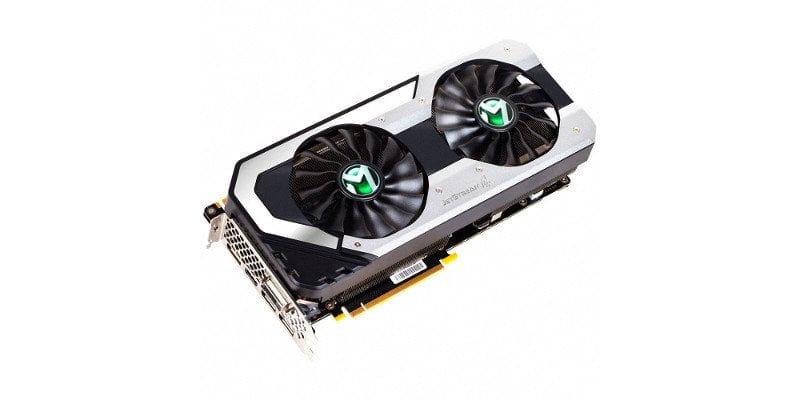 by Timo14. April 2017
It is no longer unusual to import a China smartphone that is not available in this country. An emerging trend could soon be graphics cards from China, which have been increasingly listed in the past months in the well-known China shops and will. Clearly in the foreground stands the manufacturer "MAXSUN" whose graphics cards of the current Nvidia 10er series we have looked closer in this post.

If you search in German Google for the Graphics card manufacturer "MAXSUN", you will find as good as any German website posts to this manufacturer. Nevertheless, MAXSUN is not an unknown backyard producer. Especially in China belongs already 2002 based manufacturer to the hardware sizes and produced in addition to graphics cards of current generations and motherboards and storage media.

In terms of performance, the MAXSUN graphics cards do not need to hide behind the brands known here. In addition to standard models in the reference design, the manufacturer also offers overclocked models in custom design. In terms of price, the Maxsun graphics cards are in the midfield. For example, a Maxsun GTX1050Ti with 4GB VRAM costs 140 €. A price that is just above the available in this country budget graphics cards. 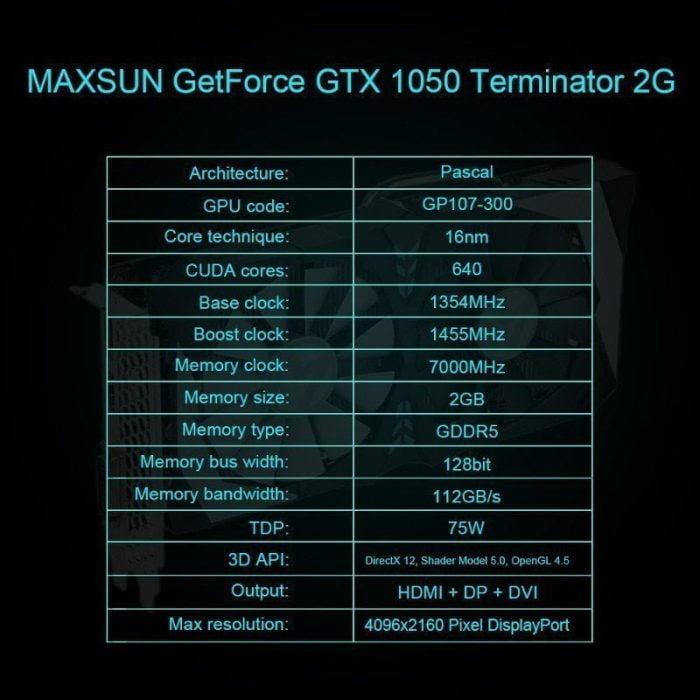 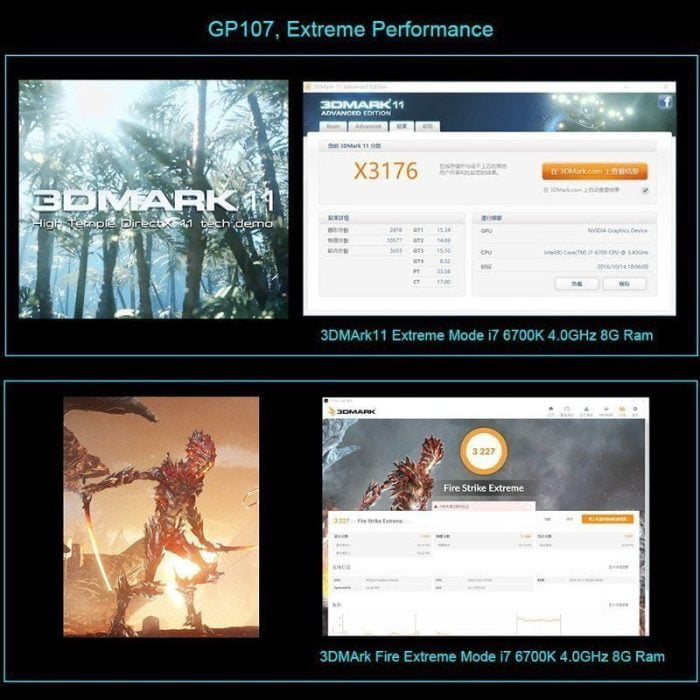 Equal seven models of the Nvidia GTX 1050Ti leads Maxsun under sometimes curious names. As Model "Giant", "Gaming Edition" and "Terminator" Maxsun refers to his 3 standard models of the GTX 1050Ti. There are differences especially in the heat sinks, such as the "Chi Yin and Yang Cooling System" the model Terminator, or the two large 10 centimeter fans of the models Riese and Gaming Edition. The chip rate of these models is in the Basic clock at 1291 MHz and reaches values ​​in the boost maximum 1392 MHz, A special model is that Model "Internet Cafe", which works without a separate power connection. Of course, no overclocked model should be missing. The GTX1050Ti JetStream Equipped with 3 fan units with a nickel heat pipe and intelligent start-stop technology. The basic clock is at 1354 MHz and reaches 1468 MHz in the boost. 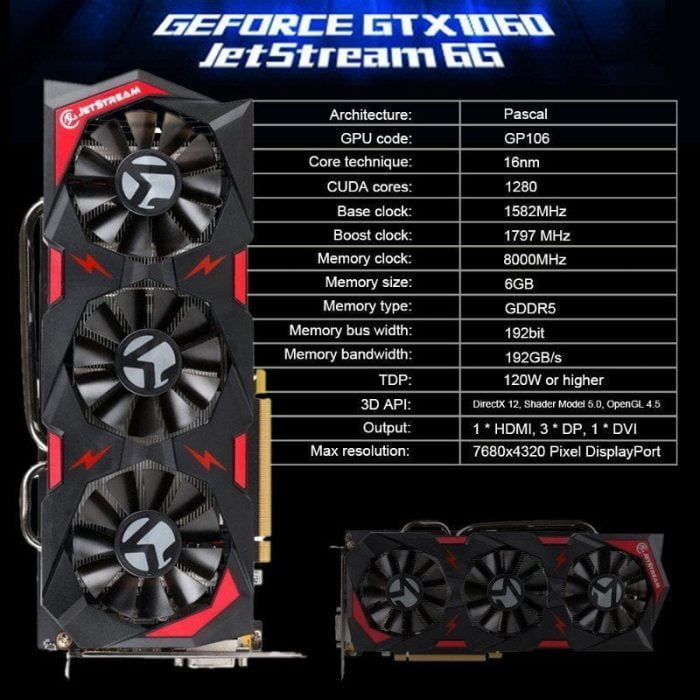 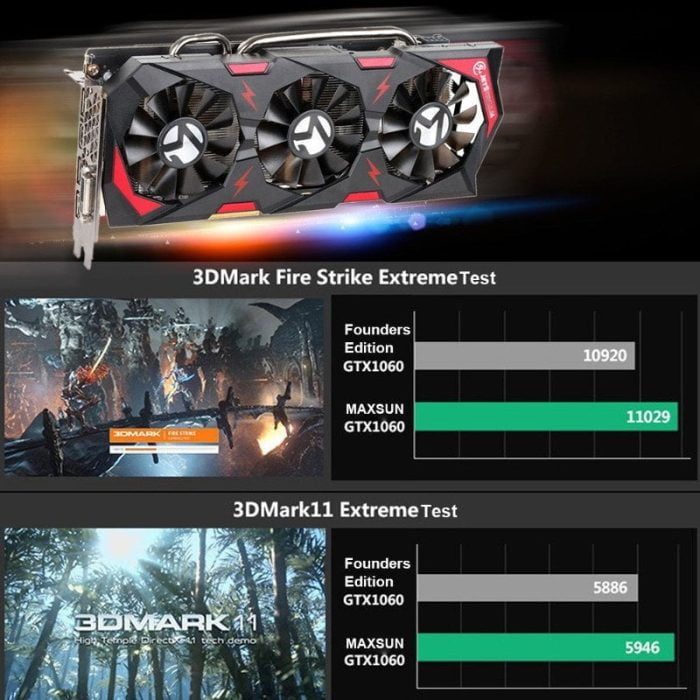 The names of the GTX 1050er models are also continued by MAXSUN in the GTX 1060 series. In addition to models with one VRAM from 3GB there are also models with 6GB VRAM. The basic clock the standard model is 1506 MHz and reaches 1708 MHz in the boost. Also available is the OC model "JetStream" with an increased base clock rate of 1582 MHz and a boost of 1797 MHz. 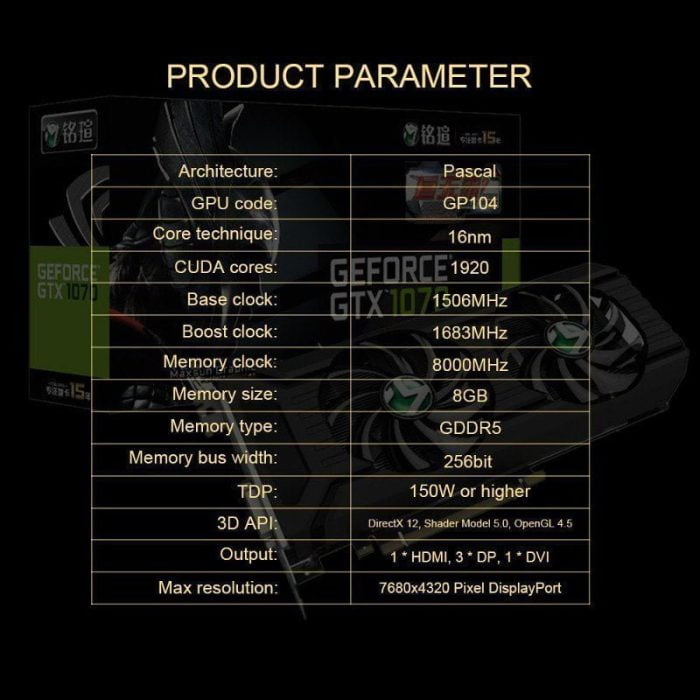 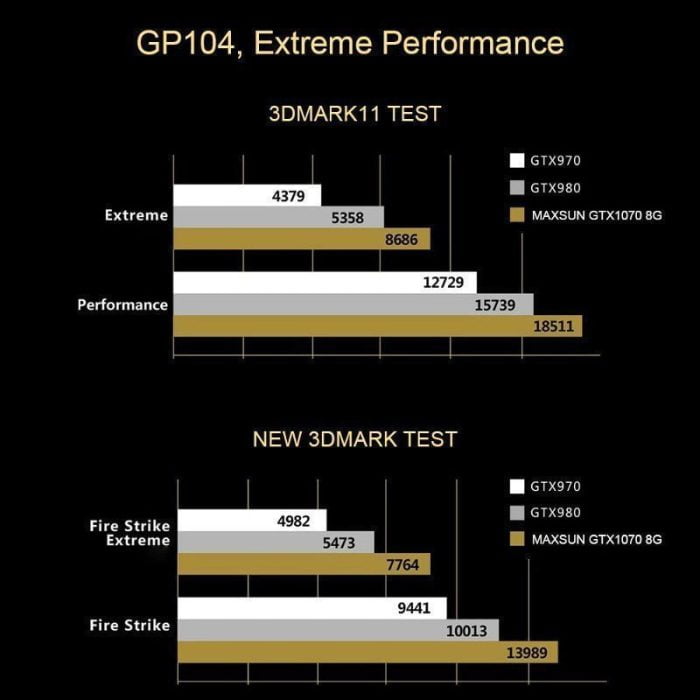 The GTX 1070 leads MAXSUN as reference model with original Nvidia fan, as well as there are the special model "giant" and "JetStream" with dual fan system. The MAXSUN GTX 1060 JetStream does not offer an increased clock speed. All models of the 1070er series clock in Basic clock with 1506 MHz and in boost with 1683 MHz, There are differences among other things with the BIOS. Here the "JetStream" offers Dual BIOS with backup function, as well as the load of the video card over a LED illuminated grille displayed. 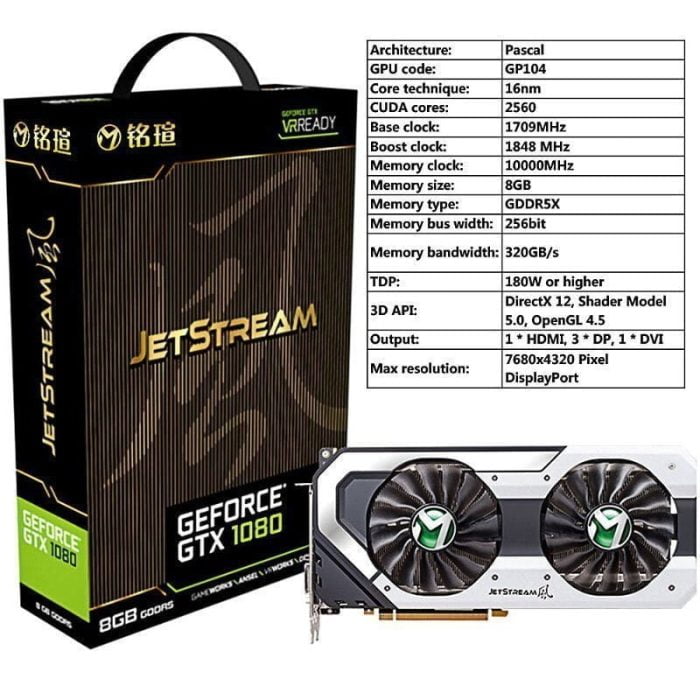 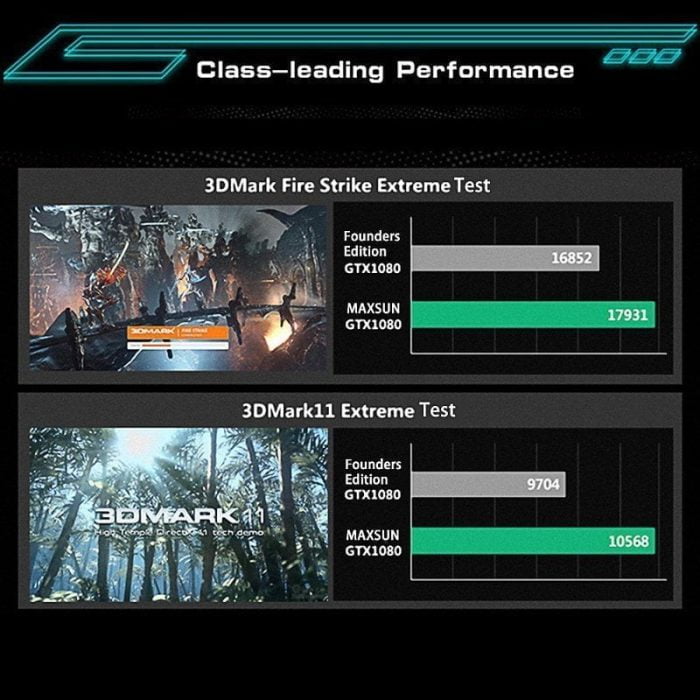 The current one High-end model is the GTX 1080. This graphics card is also used by MAXSUN as a reference model and as a Model "Super JetStream" offered with custom fans. The Super JetStream offers among other LED-lit fans with start-stop technology, a backup BIOS and an increased chip clock rate of 1709 MHz or 1848 MHz in the boost. In which color the graphics card should shine can be set individually. A total of 16 million color variations are available. Alternatively, the luminous color can also be dependent on the temperature of the GPU or the load.

Thanks for the informative contribution. ????
I've looked now, but such a real price advantage is not to be seen. Part of the Maxsun cards are more expensive than similar models here in DE .... or have I overlooked something crucial?