Is the iPhone SE2 coming soon?

by Philipp K21. January
The long hopes for a new edition of the Apple iPhone SE could soon come true, because the first suspicions of whether the iPhone SE2 is coming are already emerging. We once wrote what these are.

The question that is probably a lot of people is concerned: Will there finally be a mini iPhone again this year? There is therefore some speculation on the Internet. Here is an overview for you of what is currently being speculated:

WHAT SHOULD THE IPHONE BE?

Currently, it will be assumed that the iPhone (we will now simply call it SE2) will be larger than its predecessor. It should be comparable to the iPhone 8. So the display will grow from 4 "to 4,7". The old form factor, which was introduced with the iPhone 5 at the time, will probably no longer be used.

According to analysts, the iPhone SE 2 should receive the A13 chip, which is inherent in the iPhone 11, 11 Pro and 11 Pro Max. 3 GB of RAM are expected. The first iPhone SE had the A9, which was included in the iPhone 6S.

Other sources are more likely to be based on the A10 chip, which I think is unlikely, because the processor does not meet today's performance standards and would soon no longer do justice to the operating system.

What is also to be expected is that the home button will continue to be used in the new iPhone SE. Accordingly, there will be no Face ID.

What some people should be happy about is that there will probably no longer be a bump (the bulge on the back). As can be seen in the pictures, the camera should completely disappear into the housing

The battery in the new iPhone will likely be between 1640 mAh or 1700 mAh, which should be more than enough for the iPhone.
The iPhone SE 2 will also support wireless charging as it should have a glass back.

What do you think of the speculation and is the new iPhone SE2 an option for you? Feel free to write it in the comments. 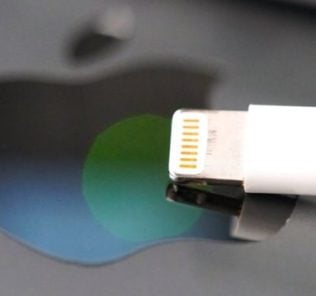 Apple is swimming against the current (flow) ...
look at