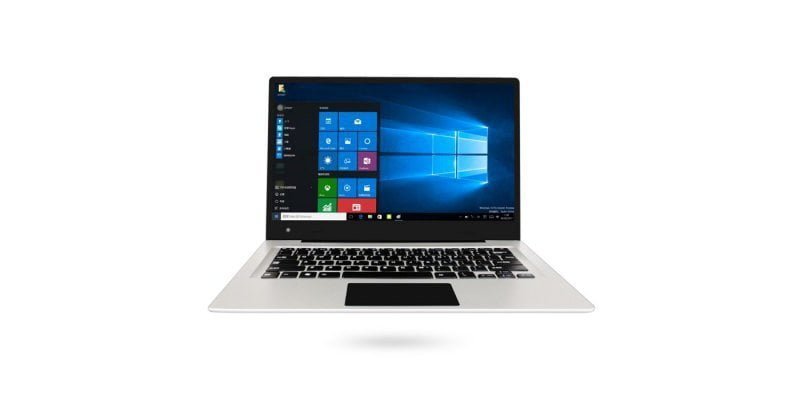 by Timo30. January
The Jumper EZBOOK 3 is the successor of the popular China notebook "Jumper ECZBOOK 2". In addition to a completely new design, there is also in the hardware of the new EZBOOK a significant upgrade. What changes the manufacturer has made and what to expect the new jumper notebook, more in this article.
Overview
Manufacturer/Model

Intel not only unveiled the new Kaby Lake processor lineup at IFA 2016, but also presented Pentium and Celeron processors codenamed "Apollo Lake." The Jumper ECZBOOK 3 is one of the first China notebook with N3350 processorwhich belongs to the mobile processors of the Apollo Lake series. As a successor to the Atom processors, such as the Intel Cherry Trail X5-Z8300 - which was still used in the Jumper ECZBOOK 2 - offers the new Apollo Lake N3350 processor a noticeable performance boost. Delay-free work or one or the other computer game are no problem for the EZBOOK 3.

A total of two processor cores with two threads clock between 1.1 GHz and maximum 2.4 GHz. The process graphics integrated in the system-on-chip now also have a name and listen to the name Intel HD Graphics 500, Great advantage is the decoding of video codecs (including H.265 HEVC) at the hardware level. Increased power also increases power consumption. With a TDP of 6 Watt The N3350 processor even has a more powerful Intel Core M3 processor. 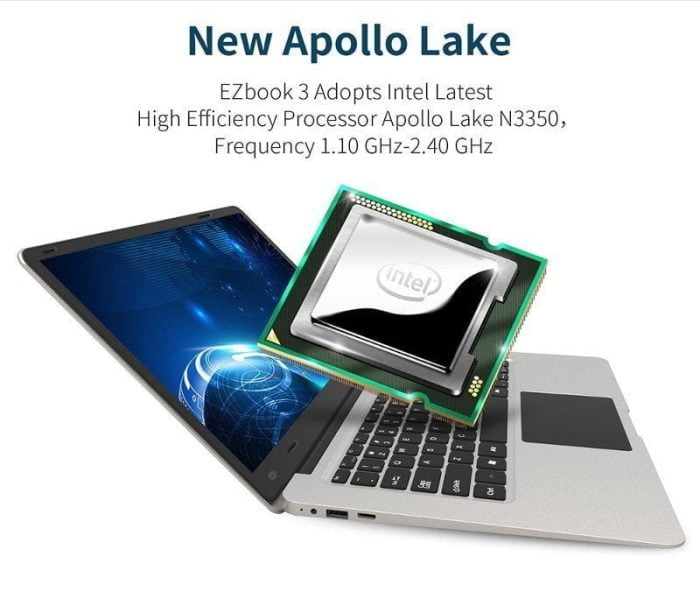 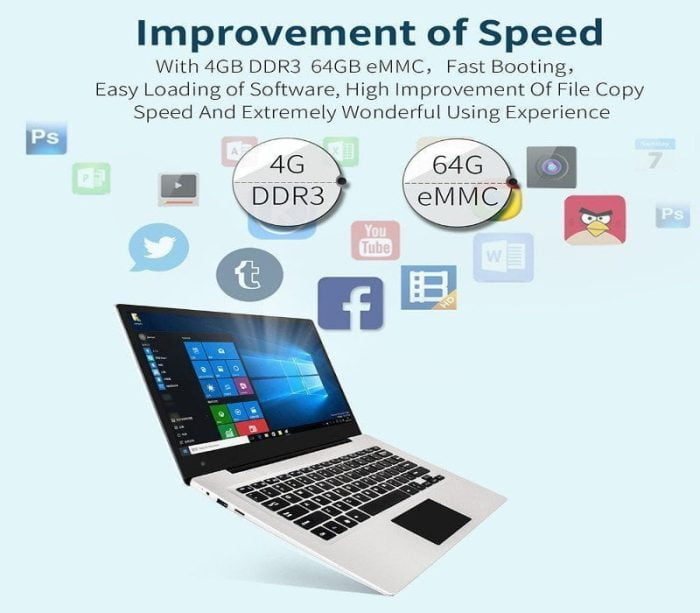 In memory selection, jumper uses one 4GB DDR3L memory and one 64GB eMMC flash memory, More desirable would have been an LPDDR4 RAM module, for which the N3350 SoC is quite capable. In addition, the tablet has only one RAM slot, so that no expansion of the memory is possible. The internal memory can with a Micro SD memory card additionally be extended.

Display of the EZBOOK 3 is of type IPS and resolves at a diagonal of 14.1 inches in Full HD (1920 x 1080). The big advantage of an IPS panel is the improved viewing angle stability, which also forgives an oblique angle. With a dot density of 156 DPI, the display is extremely sharp. Particularly striking is the significantly reduced display frame compared to the EZBOOK 2. As a result, the notebook's overall size is a few centimeters more compact.

Externally, the EZBOOK 3 reminds of a mix of MacBook Air and MacBook Pro. What looks like brushed aluminum in this notebook, unfortunately, is made of plastic. One should also note that the Keyboard a US layout has and no German version is available! The connection options are located on the sides of the housing. There is a USB 2.0 and a USB 3.0 jack, a mini HDMI jack and an 3.5mm audio port. A contemporary USB type-C socket is sought in vain. Wirelessly the notebook can be connected via WiFi and Bluetooth. 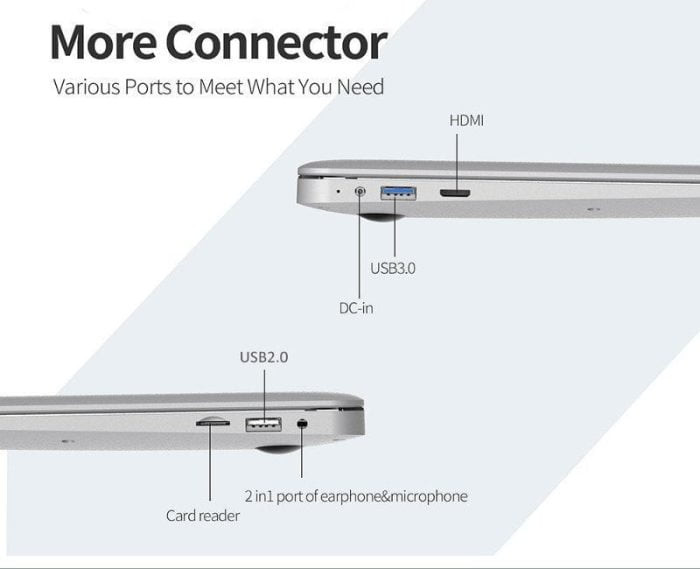 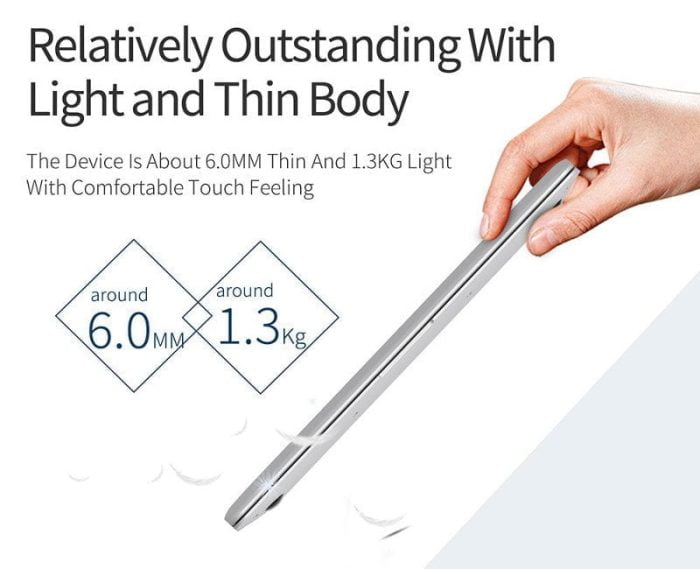 Front is a 0.3 megapixel front camera, Unlike many notebooks, the camera was not placed above the display because of the narrow bezel, but below in the left corner. The battery has a Capacity of 10.000 mAh and is charged via the DC jack of the notebook.