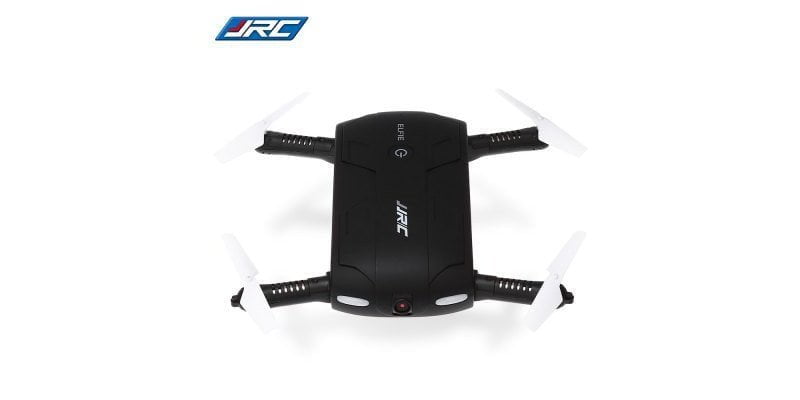 The drone market is booming and surprises time and again with interesting and, above all, unusual drones. So-called “selfie drones” are the trendsetter in 2016 with which the manufacturers want to attract even inexperienced pilots to the drone hobby. However, the price leaves a bitter aftertaste. The selfie drones that have appeared in recent months are bursting with technology and usually cost several hundred euros.

With the JJRC H37 ELFIE, an affordable, foldable camera drone is now also available. However, you have to cut back on the equipment. If you want to know what the JJRC H37 drone can do, read on now!

Update: Here is a video review of the drone

The cheapest selfie drone ever!

The Chinese manufacturer "JJRC" specializes mainly in inexpensive toy drones that come along without a lot of bells and whistles. The JJRC H37 ELFIE is also limited to a 6-axis gyroscope for stable flight and has no sensors to prevent a collision. You will also look in vain for a GPS module.

What defines a selfie drone is, on the one hand, the compact design and a high-resolution camera for video and photo recordings. When folded, the size of the H37 ELIFE is 6.50 x 13.50 x 2.50 cm, which means that this small aircraft can also be carried in your pocket. If you unfold the 4 propeller arms, the drone grows to 15.5 x 13,5 x 2.5 cm. It weighs just 73 grams, and the 0.3 megapixel tiltable camera records videos and photos with a maximum resolution of 640 x 480 pixels. You shouldn't expect a stunning recording quality. The camera is much more a nice addition to the FPV control using a smartphone or tablet. 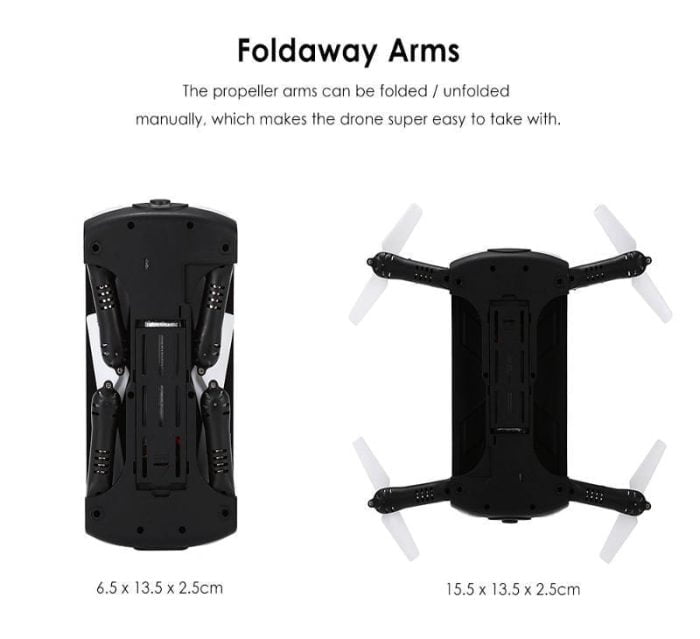 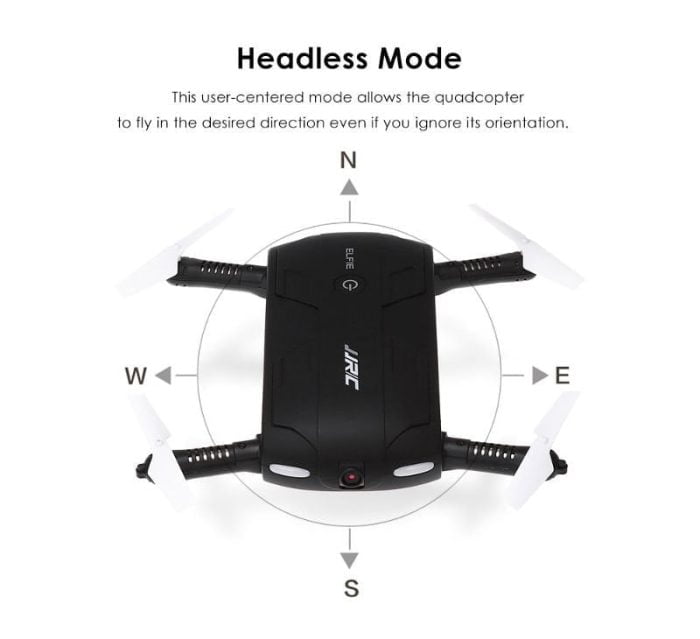 The drone is not controlled with a conventional controller, but with a mobile device. For this purpose, the H37 ELFIE is equipped with a WiFi module and there is also a control app via which a connection to the drone is established. It is controlled via two virtual control crosses or via tilting and rotating movements using the smartphone gyroscope. A live image is streamed directly from the drone camera to the connected device. JJRC specifies the maximum transmission range as 100 meters.

In addition to a normal forwards, backwards and sideways flight, there is also a 3D looping mode. The JJRC H37 drone can take off and land at the push of a button. So that even beginners can get along with the aircraft, there is the so-called "headless mode". Regardless of how the drone is positioned in the air, the direction of flight is always from the pilot's point of view. So that you can fly the little gadget in the dark, there is an LED headlight on the front. 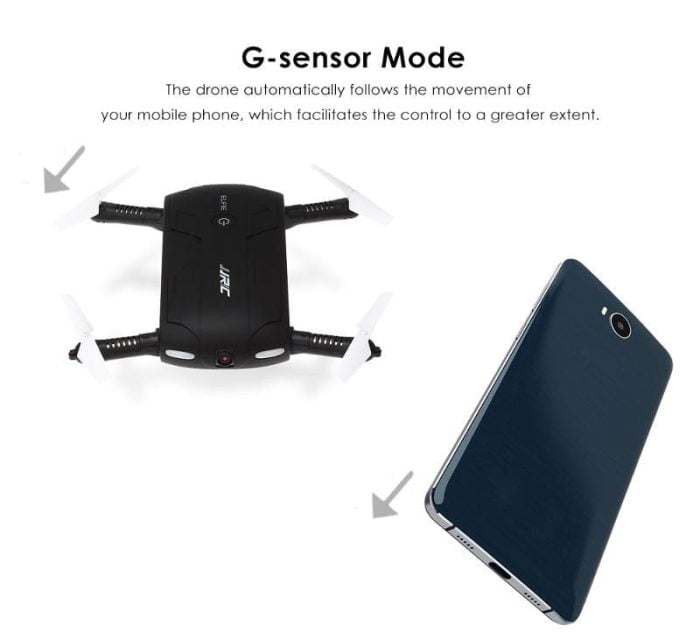 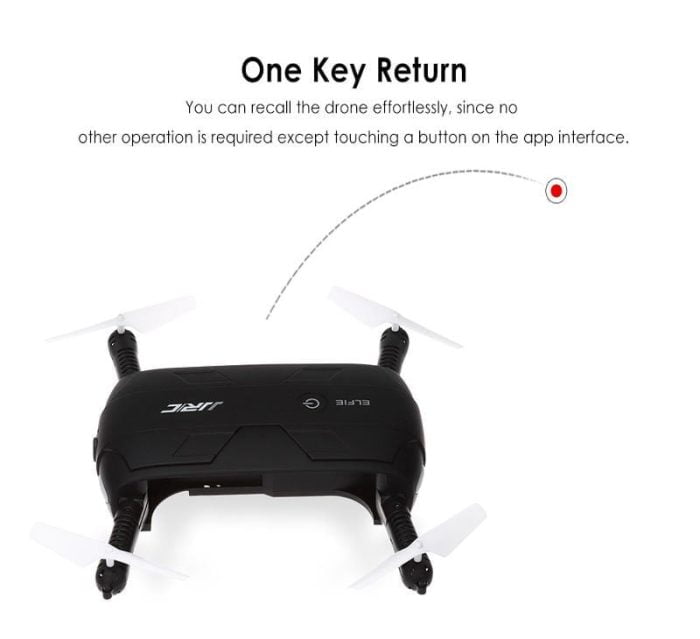 Externally, the new JJRC drone comes very close to the high-priced selfie drones. However, if you look at the data sheet, you realize that the H37 ELFIE is nothing more than a toy. At a price of around € 35, no high-tech equipment is to be expected! Without GPS and sensors to prevent collisions, the drone is only partially suitable for photo or video recordings. In addition, the unspecified 720p camera (which is actually not one!) Means that no usable recording quality can be expected. If you still want to gain initial experience with drones, an inexpensive JJRC quadrocopter or the H37 ELFIE drone is a good choice. 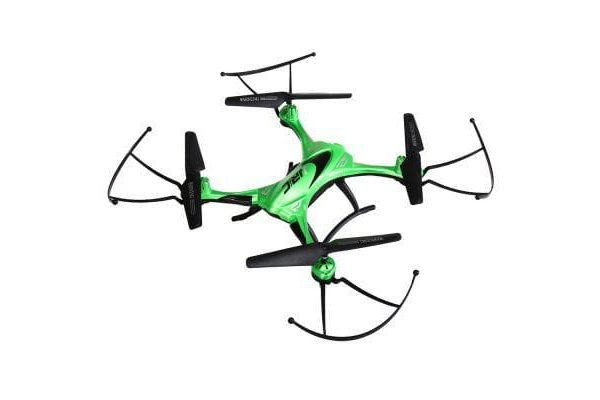 The JJRC H31 is a sleek drone that is advertised as a "Waterproof Drone" and thus not only against splashing water, but also against temporary submersion ...