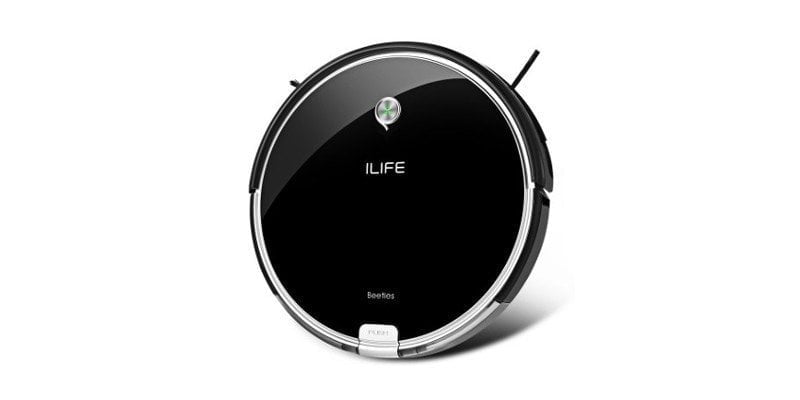 by Timo8. January 2019
ILIFE welcomes a new robotic vacuum cleaner in its ranks. The ILIFE A6 is a beginning 2017 published vacuum robot with strong "Gen 2 CyclonePower 3-Stage System" and "BladeAway" brush. All information about the robotic vacuum cleaner and what is actually behind the terms, you will learn in this post.
Overview
Manufacturer/Model

New ILIFE Deals: GearBest has a selection of ILIFE vacuum robots in January. Shipping is free of charge directly from the EU warehouse. The delivery time is 2-5 working days and customs and import taxes are not applicable. All deals can be found in the Deal-Box.

With this GearBest offer you can buy the ILIFE V5S Pro Suction Robot with fast EU shipping for only 142 €.
DEAL ACTIVE
ACTIVATE DEAL
142€ 162€
Ongoing offer

With this GearBest offer you can buy the ILIFE V7S Plus Suction Robot with fast EU shipping for only 159 €.
DEAL ACTIVE
ACTIVATE DEAL
159€ 176€
Ongoing offer

The once under the name "Chuwi ILIFE" sold vacuum robot brand, which is now marketed only under "ILIFE", grows with the ILIFE A6 to another model. Meanwhile are more than 10 models of the ILFE A and V series available, which differed mainly in detail. Exactly these small subtleties are then tried with terms such as "Gen 2 Cyclone Power3-Stage System" or "Blade Away" to make tasty.

Sounds cool at first, but what is behind it? This term means the Combination of the two side brushes and the main brush (3 Stage) as well as the vacuum cleaner motor, A special technology is not hidden behind it. Mainly a stronger engine was installed, which in contrast to the other models a Suction power of 1.000 Pa reached. 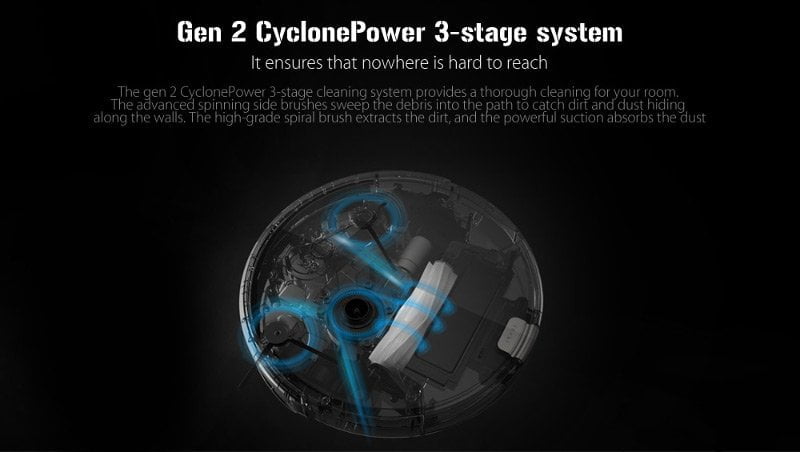 The so-called BladeAway brush of the ILIFE A6 understands itself rather as an innovation. In contrast to the previously used round brush with plastic bristles, this model uses for the first time a Round brush with rubber blades, similar to the products of iRobot. The advantage of such a rubber roller is that dirt and caught hair are easier to remove. In addition, it has already been shown in other vacuum robots with rubber brush that dust is absorbed more efficiently in particular.

With the ILIFE X5 the manufacturer also has the "Invisible wall" introduced. This can be used to cut off an area that the robotic vacuum cleaner does not overrun during its cleaning tour. One unit is included as an accessory in the delivery. A rather inconspicuous innovation is the small one bottom rollerwhich is located opposite the tax role. According to ILIFE, this means even better traction and smaller obstacles such as carpet edges can be better traveled. The removable dust chamber of the ILIFE A6 has one Capacity of 0.3 liter, The two integrated HEPA-Filter are interchangeable. There is no wet wipe function.

The Dimensions of the vacuum robot indicates ILIFE 30.50 x 30.50 x 8.00 cm at. The Weight is 2.550 g, The special, optical touch provides the glass top with illuminated power button. The A6 can be controlled via a Remote Control, which is also included. Control via app is not supported. The remote control can be used to start various cleaning modes, which run from structured to arbitrary. An intelligent room recognition similar to the Xiaomi suction robot there is not any! Only the sensors for detecting obstacles and heels are present. The battery of the ILIFE A6 has a capacity of 2.600 mAh. The possible running time is 160 minutes. When the battery charge is used up, the vacuum robot automatically finds its way back to the charging station.

ILIFE V1 - The little one among the greats
look at