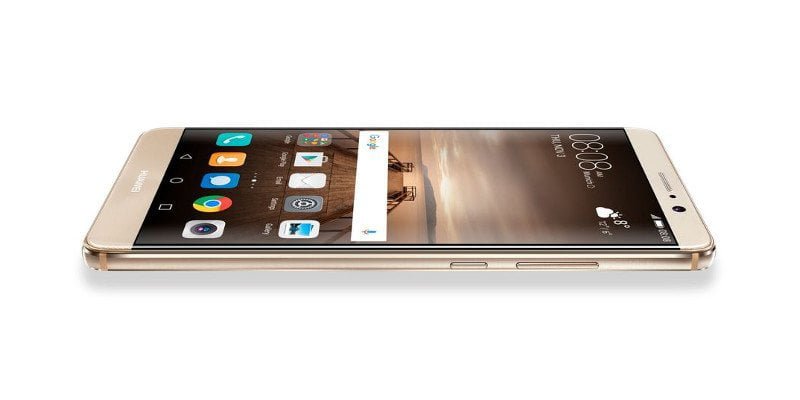 Huawei wants high and has introduced the high-end smartphone "Huawei Mate 9". With a large 5.9 display, an even faster Kirin 960 and a dual camera system from Leica, the Huawei Mate 9 is a clear challenge to the major competitors in the smartphone industry.

Who would have thought, Huawei also relies on Mate 9 on a processor from their own home. The Kirin 960 SoC was also introduced just a few days ago and is expected to outperform its predecessor, especially in terms of efficiency and graphics performance significantly better. The processor uses the big.LITTLE processor architecture and offers a total of 8 cores made up of 4 Cortex-A73 cores and 4 Cortex-A53 cores. The maximum clock rate of the cores is 2.4 or 1.8 GHz. Especially in the multi-core Benachmark, the Kirin 960 puts the Qualcomm and Apple competition in the shade. Liquid multitasking is provided by 4GB memory. The internal UFS 2.1 memory offers a size of 64GB and is additionally expandable by means of a Micro SD memory card.

The new Mali G71 GPU, based on the new Bitfrost architecture, is responsible for the increased graphics performance. Among other things, it supports up to 32 shader units, a 120Hz refresh rate and 4x MSAA (Multisample Anti Aliasing). 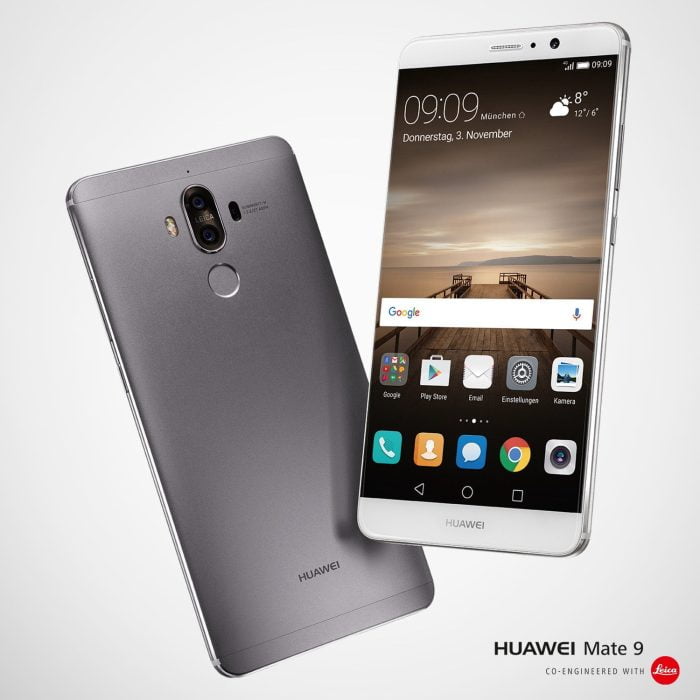 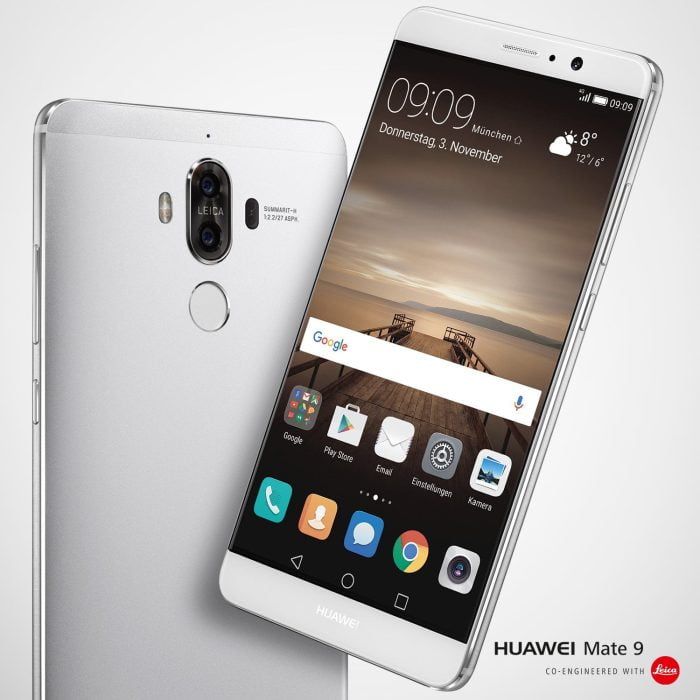 Huawei also remains true to the Mate 9 on a large display and has an 5.9 inch Full HD IPS display installed. The point density is at least 373 PPI. Striking is the very small precipitating distance between the display edge and housing frame. Although no rounded display similar to a Samsung Galaxy S7 is offered, the low failing bezel of the Mate 9 is still an eye-catcher. The display is protected by a scratch-resistant surface.

Of course, the new flagship smartphone is also set to score well with the camera, which is why Huawei once again relies on cooperation with the German company Leica. As with the Huawei P9, the Mate 9 is also equipped with a dual camera system. This camera system consists of a monochrome, 20 megapixel image sensor and an 12 megapixel color image sensor. Videos takes the smartphone in 4K on. To get even better shots, the main camera is also equipped with an optical image stabilizer, a hybrid autofocus, a hybrid zoom and a dual LED flash. The front camera is comparatively unspectacular and resolves with 8 megapixels. For focusing, an autofocus is available.

The HUAWEI Mate 9 - a new era in smartphones.

EMUI based on Android 7

Android 7 Nougat has just been released and is still on the Huawei Mate 9. The surface from the house of Huawei to the previous versions should be significantly "detoxified" and rather based on a clean Android stick. However, what Huawei presented with EMUI 5 is still far from a stock Android. The launcher is still reminiscent of Apple iOS. However, a lot has been done in the navigation of the operating system. Apps are even faster to reach and the system appears clearer.

An enduring battery life is ensured by an 4.000mAh battery. The smartphone is charged via a USB Type-C socket, which also serves for data transfer. With the new SuperCharge technology, the Mate 9 is already fully charged after 90 minutes. Other features include Bluetooth 4.2, NFC, Dual Band WiFi and a backside fingerprint scanner. For mobile and fast data transfer, the Huawei Mate 9 supports all popular LTE frequencies.

With the Huawei Mate 9, the competition will have a hard time. If you do not mind the oversized 5.9 display and are looking for a phablet anyway, you will not be able to watch the Mate 9. The new Huawei smartphone will be released in November. The color selection is limited to silver and gray. The price should be 699 €.