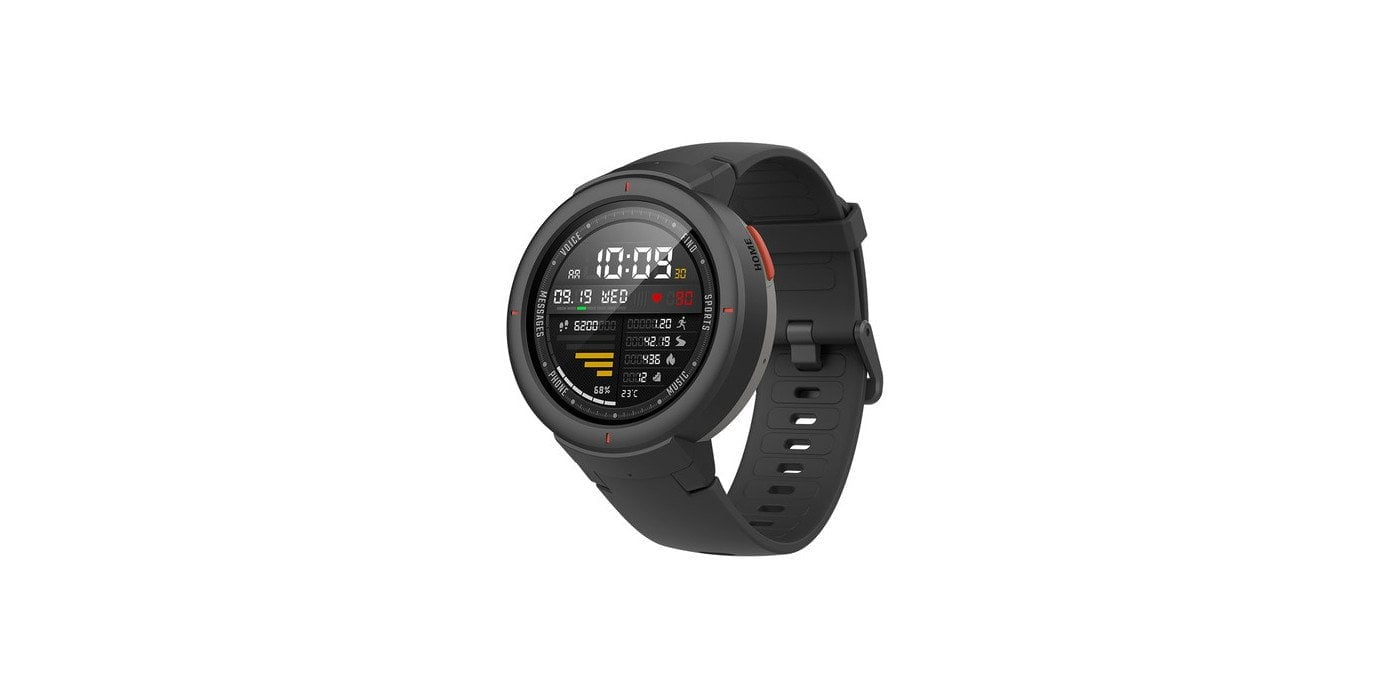 With the Amazfit Verge, the company Huami, founded in 2014, which, among other things, brings wearables for Xiaomi (Xiaomi Mi Band 3) produces the fourth smartwatch on the market. In China, the watch was released under the name “Amazfit Smartwatch”. This simple name comes from the fact that Huami understands the previously published products as pure sports wearables. The Verge, on the other hand, is a real smartwatch that offers more than just sports functions. Internationally, the smartwatch is appearing as “Amazfit Verge”.

You want to communicate with other users? Then visit the German Huami Amazfit Community on Facebook!

To the Amazfit Community

The design of the new Amazfit Smartwatch is youthfully modern. In contrast to  Amazfit Stratos , which comes in a stylish carbon case and the  Amazfit Pace which places a lot of emphasis on simplicity, the Amazfit Verge is a compromise of both thanks to its casual look. The watch case is made of reinforced plastic. The case diameter is 43 mm, the thickness is 12.6 mm. According to protection class IP68, the smartwatch is protected against dust and water up to a depth of 1 meter. However, Huami clearly emphasizes that the watch is not suitable for showering and swimming! Watch straps can be changed at will. The watch is delivered from the factory with a 70 + 113 mm silicone strap. The smartwatch is available in black, blue and white. 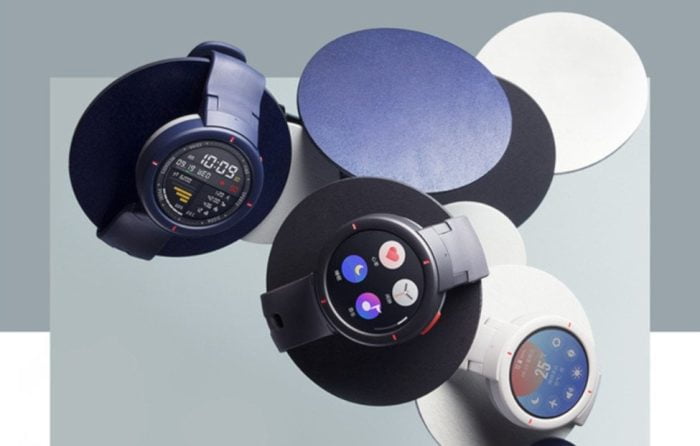 The circular display has a diagonal of 1.30 inches with 360 x 360 pixels. In contrast to the previously released models, there is no transflective display, but an AMOLED display. The advantage of an OLED panel ("Organic Light Emitting Diode") compared to a conventional LCD is that there is no need for a backlight. Each pixel lights up independently, which means that a particularly rich black level is achieved. If you want to display black, the pixel simply remains switched off! At the same time, this can significantly reduce battery consumption. However, you shouldn't be prepared for the battery runtimes achieved by models with a transflective display. The display is protected by scratch- and shock-resistant Corning Gorilla Glass 3. A special coating on the protective glass prevents dirt and fingerprints from sticking. 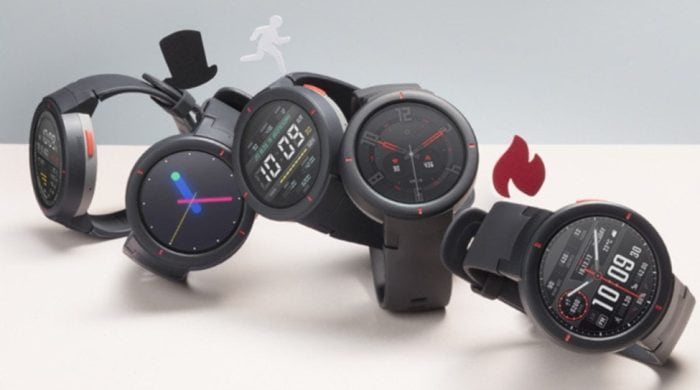 On the hardware side, the Amazfit Verge is based on the recently released Huami Watches. The manufacturer continues to rely on a dual-core processor that clocks at up to 1.2 GHz, a 512MB main memory and a 4GB flash memory. A memory expansion is not possible. Bluetooth is available in version 4.0. WiFi is supported with the 802.11 b / g protocols. The position is determined with the help of GPS and GLONASS. Support for NFC is new. The sensor equipment includes an ambient light sensor, an acceleration sensor, a gyroscope, a geomagnetic sensor, a barometer and an optical heart rate sensor. A microphone and a loudspeaker are also installed.

Those who still hoped that the smartwatch would appear with Android Wear will unfortunately be disappointed. As expected, the in-house Amazfit OS is used again, which is at least based on Android. The watch can be paired with Android mobile devices from Android 4.4 and iOS devices from iOS 9.0. The app for pairing the watch (Amazfit Watch App ”) can be obtained from the respective app stores. 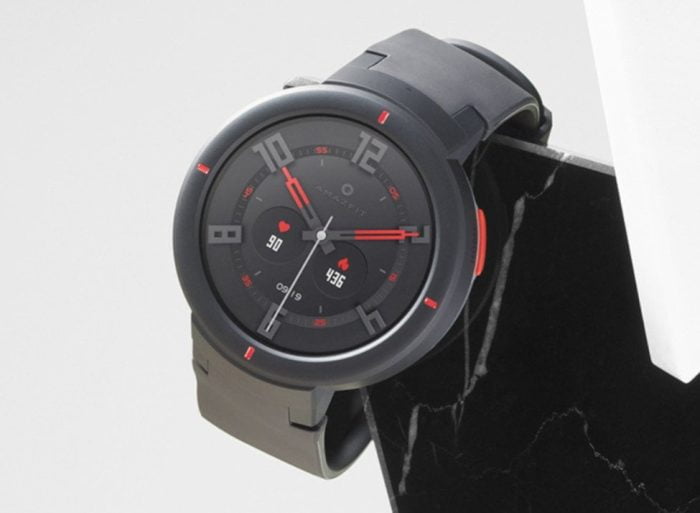 The Amazfit Verge supports 11 different indoor and outdoor sport modes. The choices are:

In combination with the various sensors, the watch records, among other things, position data and heart rate. Depending on the sport profile, the route, the steps taken and the calories burned are calculated from this. The collected data can be synchronized with the Amazfit Watch App or MiFit App and evaluated in nice overviews. Irregularities in the heart rate measurement (24 hours a day) are displayed to the user in the form of a health profile.

These newly introduced functions show why the Amazfit Verge is not just a sports watch. The NFC module makes it possible, at least in China, to make mobile payments (Alipay) or to load the public transport ticket onto the watch. It remains to be seen whether this or a similar function will be integrated in the international model.

Another newly introduced function is the Amazfit AI (Artificial Intelligence). This is based on Xiaomi's voice assistant (Xiao AI) and is comparable to Amazon's Alexa, Apple's Siri or Google's Assistant. Questions can be asked directly to the voice assistant via the watch's microphone. The answer is received via the integrated loudspeaker without a third-party device. However, you should also note with this function that the Xiaomi language assistant is mainly intended for the Chinese market and does not understand any other languages ​​besides Chinese! The “MIJIA Smart Home Control” function allows Mi Home devices to be controlled via the Smartwatch. 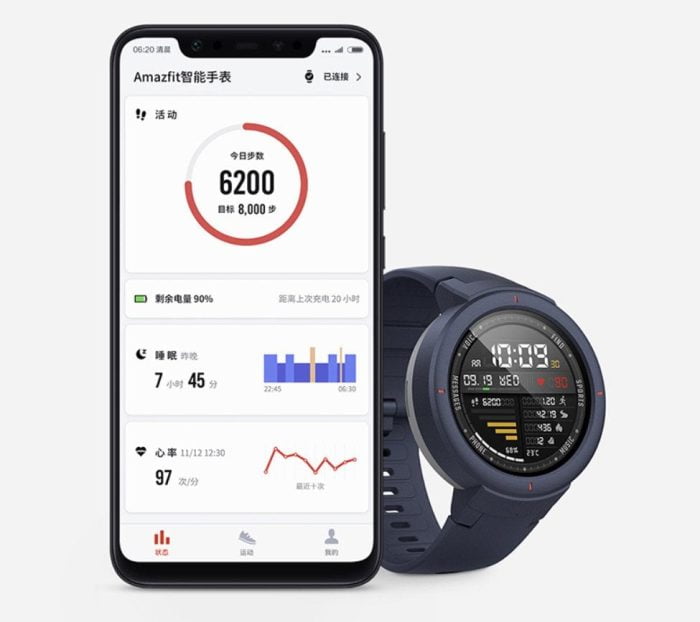 Incoming calls on the smartphone can be accepted, rejected and made via the Verge. In order for the transfer to work, there must be a Bluetooth connection to the smartphone. Just like calls, notifications can also be received. For example, if you receive an SMS or a WhatsApp message, the content of the notification can be read directly on the watch.

The capacity of the battery is 390 mAh. According to Huami, a continuous Bluetooth connection to the smartphone, receiving 150 notifications a day, activating the display 30 times a day and using NFC 4 times a day achieves a battery life of 5 days. The battery is charged via a 4-pin charging connector. The charging time is 2.5 hours. 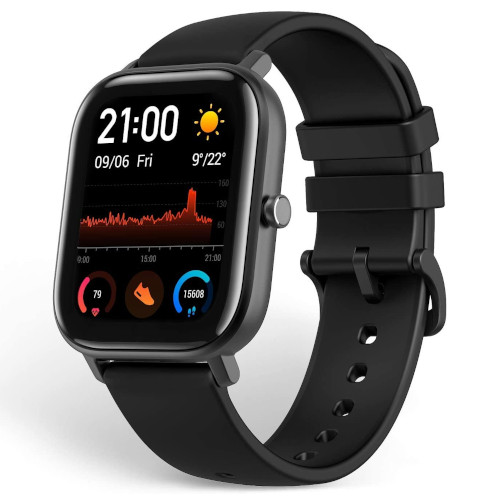 The Amazfit GTS looks suspiciously similar to the Apple Watch. However, the smartwatch from China costs only a fraction of the well-known brand watch and is ...

Amazfit GTR 2 - All information about the Smartwatch