Home » Reviews » HTC U11 Camera Test - What good is the UltraPixel 3 camera?

HTC U11 Camera Test - What good is the UltraPixel 3 camera?

by Timo11. August 2017
As part of the 1 & 1 Blogger Battle, I was able to test for about a week the current HTC flagship smartphone "HTC U11", focusing on the image capture quality of the main camera. How the camera of the HTC U11 beats in good weather, in bad weather, but also at night, you'll find out in this post!
Overview
Manufacturer/Model

Who wonders what's up with that 1 & 1 Blogger Battle He should read this short section before we get to the actual test. The 1 & 1 Blogger Battle brings together 10 bloggers who are battling the best images in the categories "Urban", "People" and "Night" to shoot. All participants have about one week to submit a picture from the 3 categories 1 & 1 Facebook Channel be judged by you. The 4 best participants selected by you as well as one participant, the Street photographer Sebastain Spasic then have the chance to win one of 3 HTC U11. There is only one winner per category. Who wins will be within the 1 & 1 Blogger-WG decided. Now for the test ... 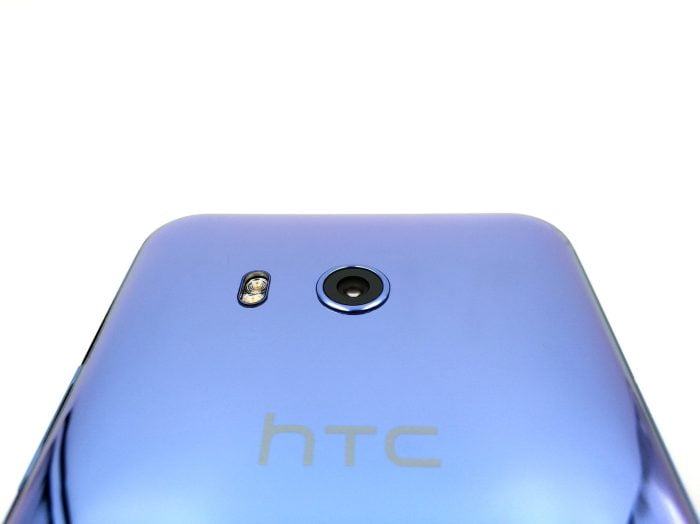 Despite the trend, the HTC U11 does not use a dual-lens main camera, but instead uses one Single-lens camera main, The BSI image sensor (backside illumination), with a size of 1 / 2.55 inches, resolves natively 12 Megapixel and bears the name "HTC UltraPixel 3", This is probably a further development of the November 2016 published Sony IMX362, The value of the aperture is f / 1.7. The ISP (Image Sensor Processor) comes from the Qualcomm Snapdragon 835 system-on-chip and is of the "Qualcomm Spectra 180" type.

Further features are a "UltraSpeed ​​Autofocus", One optical image stabilization (OIS), dual LED flash, as different recording options, such as "HDR boost", panorama, hyperlapse and slow motion. Videos takes the HTC U11 in maximum 4K resolution. Pictures are natively taken in a 12 megapixel resolution. The recording format for images is JPG or RAW + JPG.

For about a week I had time to test the main camera of the HTC U11 in everyday life. The respective pictures from the 3 categories were shot in Saarbrücken and at the Weltkulturerbe Völklinger Hütte. Due to the changeable weather of the past days, the camera was able to prove itself in cloudy weather as well as in sunshine.

Let's start with the pictures from the category first "Urban", These pictures were the first ones I shot with the camera of the HTC U11. The Camera app proved to be easy to understand and provided the right settings. After a short time I was completely familiar with the app. In addition to a normal Photo mode for snapshots, the camera app also delivers one "Pro Mode", which provides custom white balance, exposure, exposure, ISO and focus adjustment options. The selection is infinitely variable via a slider, which requires a certain degree of precision depending on the setting. Also integrated, the ability to post-process images directly via the camera app and artificially aufhübschen with different filters.

Already after the first shots, it is me Outstanding fast phase detection Auto Focus (PDAF) of the HTC U11. No matter what the conditions, the PDAF focused damn fast and accurate. Also positive is the short trip time out. Images are saved in fractions of a second, and even with the JPG + RAW recording format active, the lag between triggering and saving is negligible.

The pictures shot with the camera of the HTC U11 convince in the first place by a excellent level of detail, at the same time low image noise, Especially the optical image stabilization helped to take even wobbly pictures with a restless hand. Less convinced, however, the color fidelity of the images. In strong sunshine and artificial light, the automatic mode the main camera partly too warm and partly very yellowish shots. Also to criticize is that the automatic mode of the HTC U11 too heavily underexposed shots tends, which in turn speaks against simple and quick snapshots.

All in all, the main camera of the HTC U11 produces Image captures at flagship level, which score above all by a high degree of detail. Unfortunatelly it is Snapshots with the camera rather luck thing, because shots in automatic mode sometimes appear too warm and the exposure is not always matched to the scene. Here one can only hope that HTC will improve the automatic mode with future updates. Once again convinced the lightning fast and accurate autofocus, the low shutter speed and the precise, optical image stabilization.

Looks really good .. I hope the guys get to 2018 the phone out with the Zeiss lens