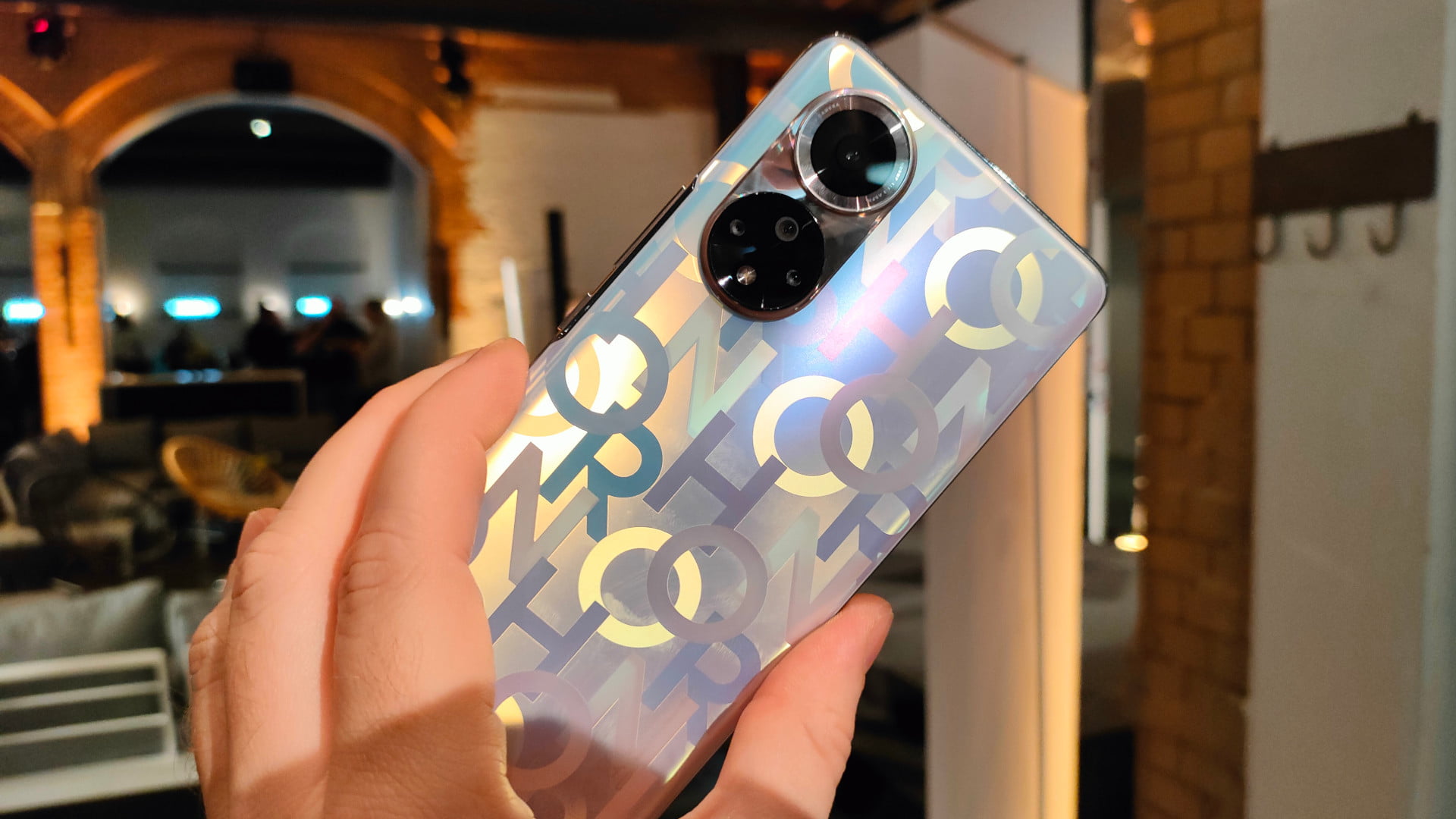 The US sanctions against Huawei had also hit HONOR hard. To no longer be allowed to work with US companies also meant a loss of Android support and all Google services that Western Android users depend on. 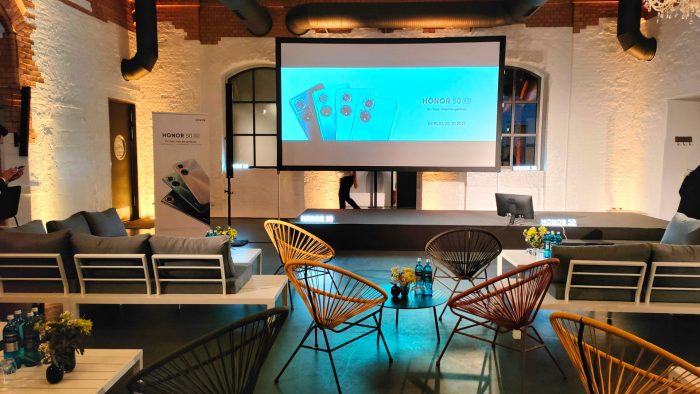 Comfortable! The HONOR 50 event in Berlin took place in this location.

In mid-November 2020, Huawei finally announced that it would sell 100% of the former subsidiary brand to Shenzhen Zhixin New Information Technology Co., Ltd. have sold. Formally, Huawei and HONOR no longer have anything to do with each other, which is why the sanctions no longer affect HONOR. With the HONOR 50 Series, which enjoys full Android support and is equipped with Google services, HONOR wants to herald the comeback on the western market.

The HONOR 50 is the new flagship model from the Chinese smartphone manufacturer. The smartphone will be available from November at an exciting price-performance ratio of 529 euros. Externally, the HONOR 50 looks confusingly similar to the Huawei Nova 9. HONOR has not shed its image of a playful young brand. The HONOR 50 appears in the colors "Midnight Black", "Emerald Green" and "Frost Crystal". There is also a special edition with the color “Code” with a cool HONOR pattern on the back. 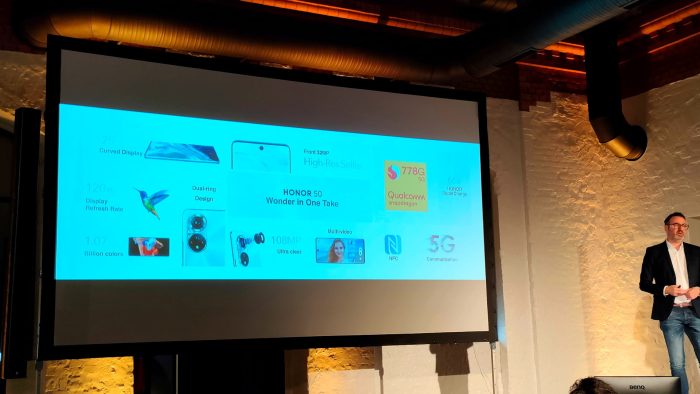 A powerful Qualcomm Snapdragon 778G mid-range mobile processor works under the hood, which experience has shown enables a smooth user experience in games and apps and at the same time supports fast 5G cellular communications. On the software side, you can rely on Android 11 with Google Apps and Services. As far as the storage equipment is concerned, the smartphone is available with either 6GB or 8GB of RAM and 128GB or 256GB of data storage. Incidentally, it is not possible to expand the data memory with a microSD memory card. 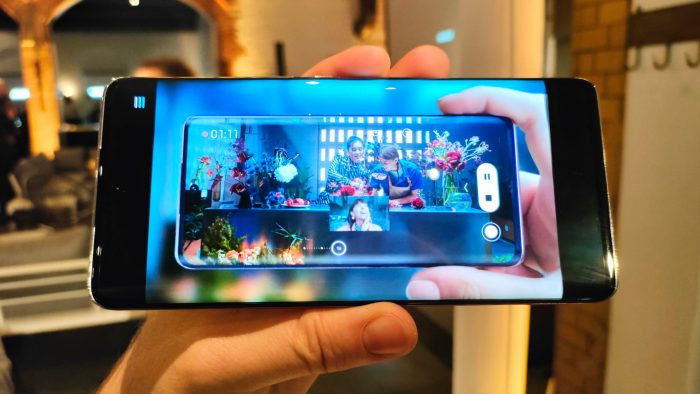 The front is adorned with a chic 6.57 inch OLED display with a 1080 x 2340 pixel resolution, curved display edges and a 120 Hz refresh rate. The 32 MP front camera has not yet made it under the display, but is housed in the top-center in the typical punch-hole style.

Speaking of the camera - the quad camera system on the back is one of the key features of the HONOR 50. The setup is divided into a 108 MP main camera, an 8 MP ultra wide-angle camera, a 2 MP macro camera and a 2 MP bokeh camera. The 108 MP image sensor is none other than the Samsung ISOCELL HM2 (S5KHM2), which was last in the Xiaomi Mi 11T Series was used. The sensor with a 1 / 1.52 “sensor size and 0.7 µm pixel size has already proven itself in a number of mid-range smartphones. Numerous software functions, especially for vloggers, round off the camera experience. 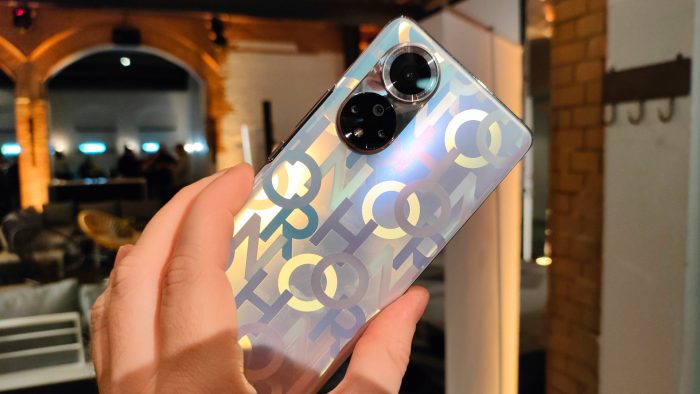 The HONOR 50 in the special color "Code".

The HONOR 50's battery has a capacity of 4300 mAh. So you should get through the day well. HONOR's 66W SuperCharge fast charging technology charges the battery to 20 percent in just 70 minutes. What else is there? NFC for mobile payment is available, Bluetooth version 5.2 is available and WiFi 6 ensures fast data transmission in the WLAN.

You will soon be able to read how the smartphone performs in practice in my HONOR 50 review.

The cheaper HONOR 50 Lite was also presented. For the mobile platform, HONOR relies on the Qualcomm Snapdragon 662 with eight cores and 4G-LTE support. The memory has 6GB of RAM and 128GB of data storage. In contrast to the HONOR 50, the data memory can be expanded with a microSD memory card. 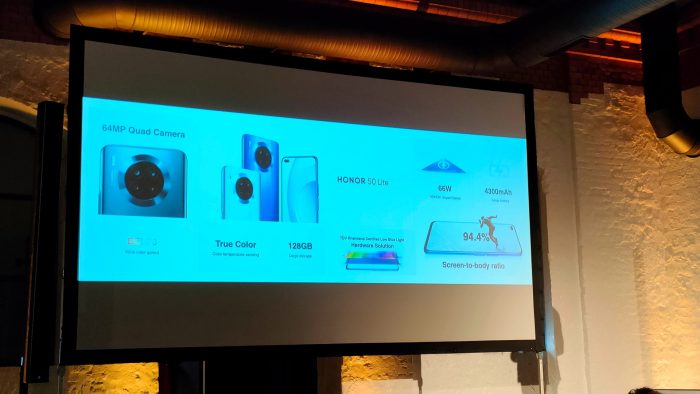 The HONOR 50 Lite will only be available from December.

HONOR has not done without the quad camera system, but the main camera uses a different image sensor that only has a resolution of 64 MP. The same applies to the front camera, which uses a lower resolution 16 MP sensor. Otherwise there is also a 4300 mAh battery with quick charge function, NFC and Android 11 including Google apps and services. 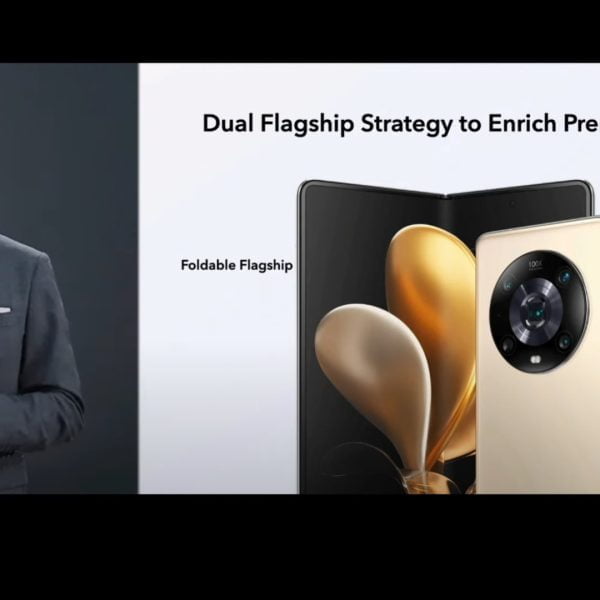