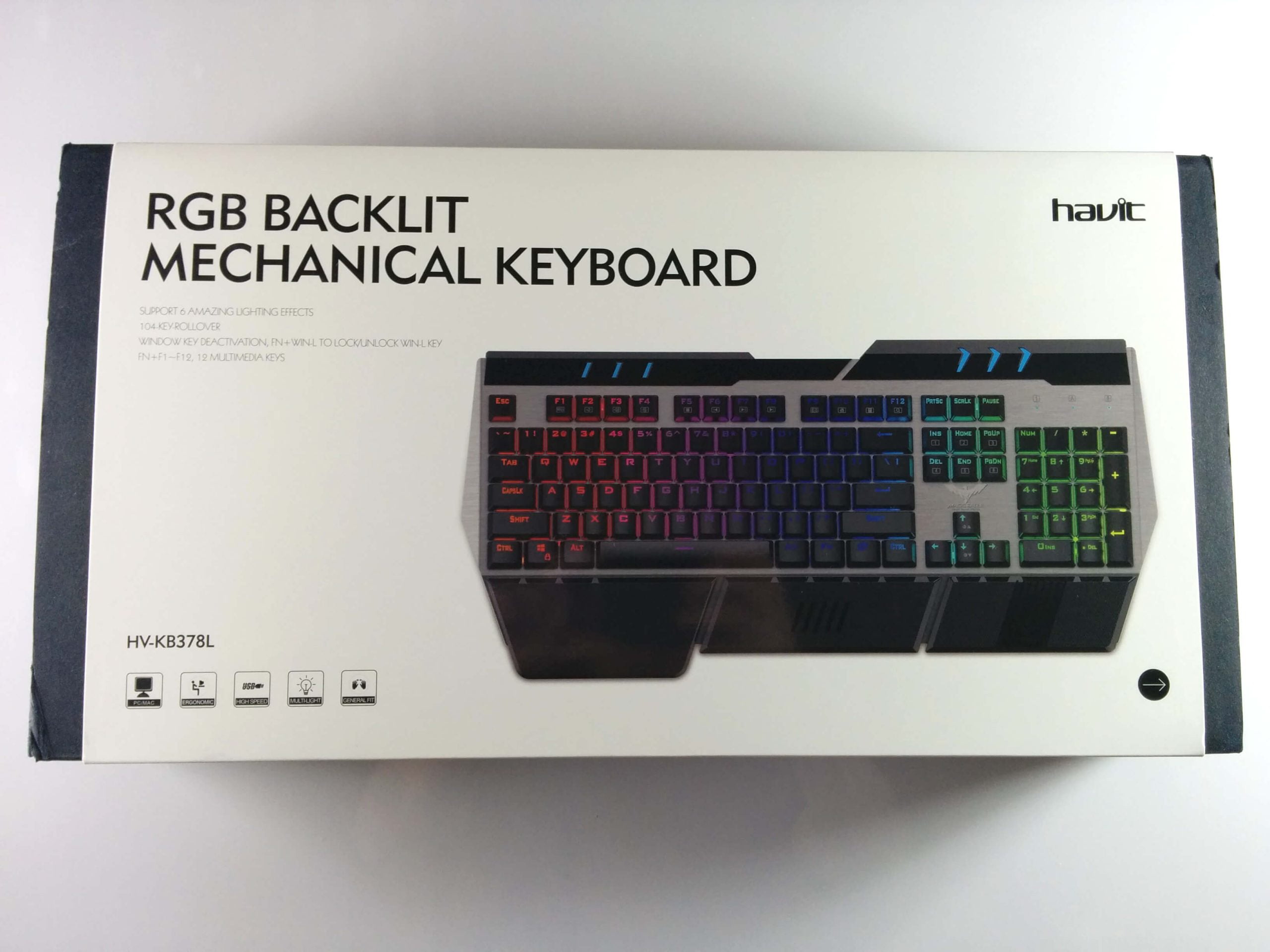 The Havit was delivered (Link to the manufacturer) HV-KB378L mechanical keyboard including an English operating manual in which the individual multifunction keys and their combinations are well explained. Unfortunately, a German operating manual was not included. A driver is not required for the HV-KB378L. The keyboard is plug & play, which means that after connecting to the PC, the keyboard can be used immediately.

Outwardly the Havit HV-KB378L leaves a very good impression. The high quality, brushed aluminum panel not only looks high quality, but also ensures a certain stability and stability. The palm rest is made of hard plastic and is additionally printed with a fine honeycomb pattern, which prevents slipping of the hand.

For switches, Havit relies on so-called "blue switches". However, this is not the well-known "Cherry MX Blue Switches", but a very similar replica. It is also interesting that the buttons are not printed conventionally, but the label was applied with a loader technology. Thus, a wear of the keys is almost completely avoided.

Unfortunately, the 1.8 meter long USB cable is not covered with fabric and can not be removed. Nevertheless, it has a rather thick rubber jacket, which should also effectively prevent cable breaks.

On the back, the mechanical keyboard is completely made of plastic. Rubberized and height adjustable rubber feet provide improved grip. 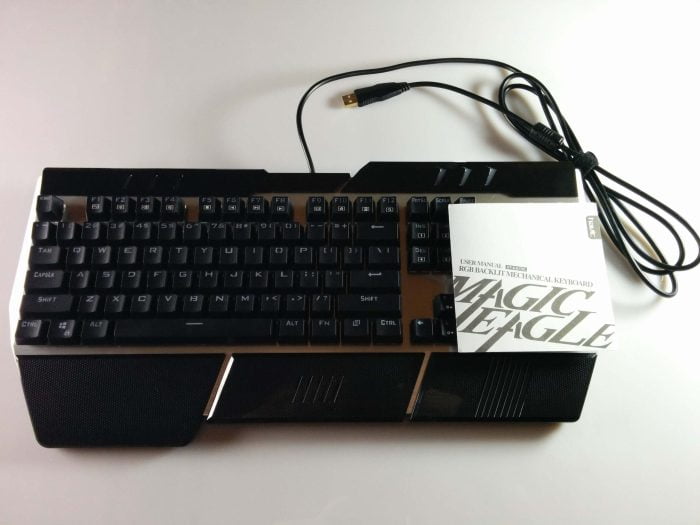 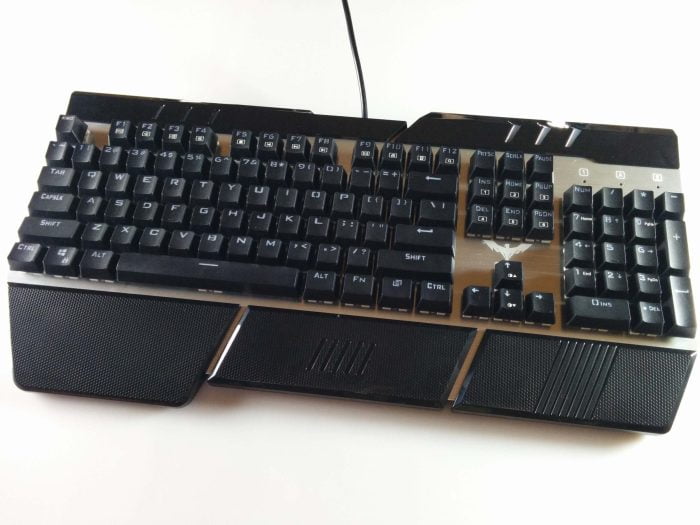 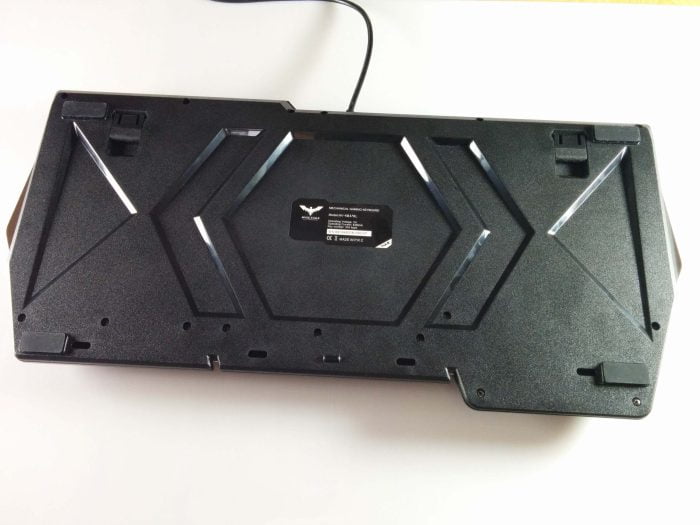 The Havit HV-KB378L is completely multimedia-capable. With the F1 - F8 buttons in combination with the "Fn" button you can open the media player, adjust the volume (loud / soft / mute) or control the music or movie playback. For example, the F9 - F12 buttons open the email program, the web browser, the calculator or the search. The Windows key can also be deactivated in combination with the "Fn" key.

Each key of the Havit HV-KB378L has a small LED, which can be individually addressed. In addition, there are 6 lighting modes / profiles, which can be freely configured with regard to the color change speed, the brightness, as well as color variation (7 colors).

Anti-Ghosting means that the keyboard recognizes key combinations even if other keys are pressed at the same time. The mechanical keyboard from Havit is marketed with this function and can also keep its promise completely. For example, if I hold down the two "Shift" keys, all other key entries will still be recognized correctly.

Interestingly, the Havit HV-KB378L NKRO (N-Key Rollover) is capable (even via USB!). NKRO means that all keys on the keyboard can be pressed simultaneously and also recognized. For those who like to write with their faces, this feature is certainly a real asset as traditional keyboards have a KRO of 2-6. 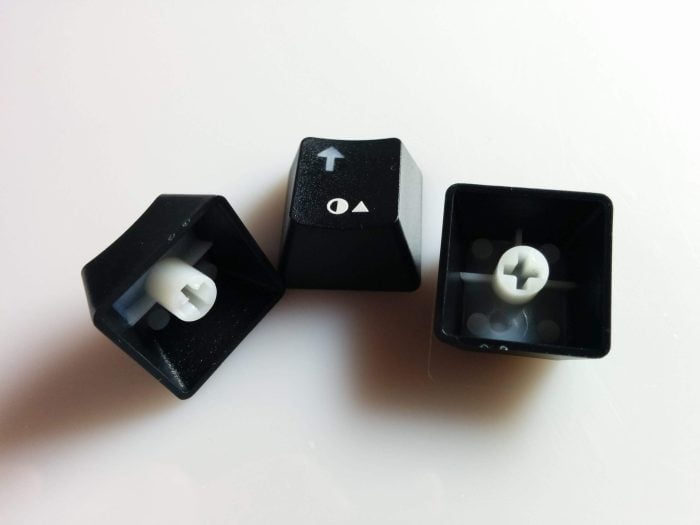 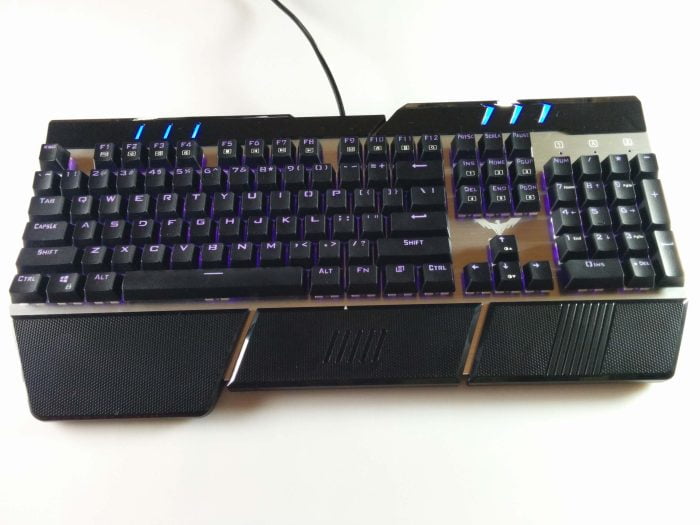 Outwardly, there is almost no difference between the switches. Both switches have the same shape as well as the switches of the Havit HV-KB378L have a small label below the switch head. This louder here on "Outemu". After a search on the net I found out that this is a copy of the Cherry MX Blue Switches.

In the field test I could only detect a very small difference between the brand product of Cherry and the copy of Outemu. The Blue Switch from Outemu needs a low level of increased pressure, as well as the switch is a little louder. However, I am completely satisfied with both switches and so far there is nothing to complain about the Outemu Blue Switches of the mechanical keyboard from Havit. 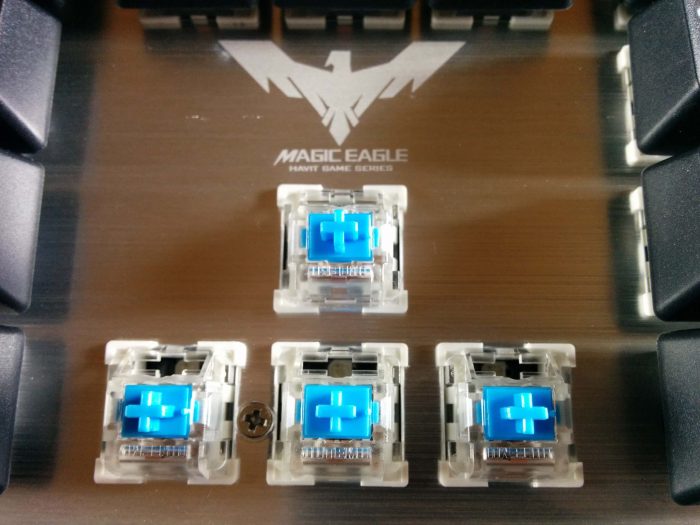 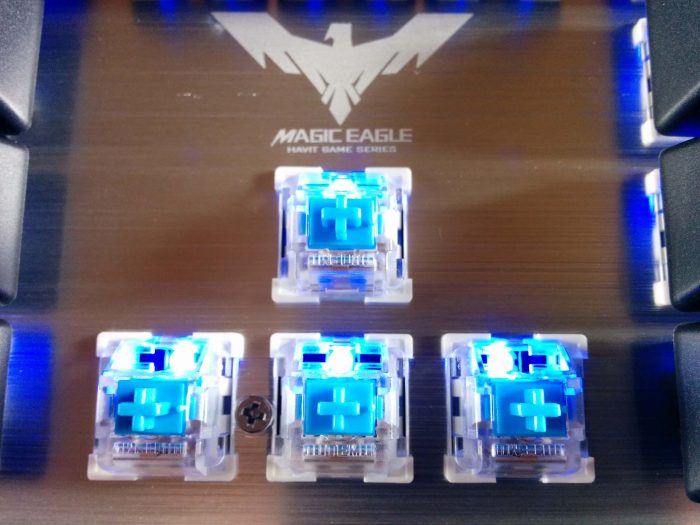 The Havit HV-KB378L mechanical keyboard offers an excellent price / performance ratio and can easily handle even many branded products. The keyboard is superbly crafted and offers phenomenal lighting that is almost completely customizable through the 6 preset profiles and additional setting options. Only the maximum brightness of the LEDs could be minimally intense.

The commissioning is easy, because this mechanical keyboard is "Plug & Play" capable and therefore requires no additional drivers. If you connect the keyboard via USB with the PC, you can immediately type. Although the operating instructions are in English, the individual key combinations, for example to change the lighting, are also illustrated.

The Havit HV-KB378L uses Blue Switches from the “Outemu” brand. This is a copy of the well-known Cherry MX Blue Switches. However, this copy has been implemented very well, which is why the key modules used here almost feel like the originals. Only the pressure point is slightly heavier and the Outemu switches are slightly louder than the original. It should also be positively noted that the keyboard is anti-ghosting and NKRO (N-Key Rollover) capable.

The first thing to note about this mechanical keyboard is that it sells a keyboard in the US key layout. Thus, isolated keys differ in their occupancy! 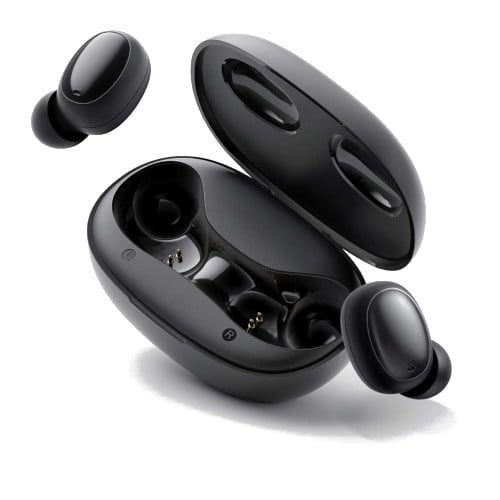 At around € 95, the HAVIT I25 are a real challenge in the field of true wireless headphones. With a solid workmanship and good sound ...