by Timo8. October 2020
It is official! Google has introduced a low-budget version of the 2019 2018 released at the end of 3 on the Google I / O 3. The Google Pixel 3a and 399a XL adopt the unique pixel design, the Pixel Allroud camera with smart AI features and more. The price starts from 3 € (RRP). My impressions of the new Google Pixel XNUMXa can be found in the following test.
Overview
Manufacturer/Model

Google backed up the Pixel 3a in July against this year's one Pixel 4a replaced. Remaining stocks are still available and are among others at MediaMarkt and Saturn offered at a low price. One Pixel 3a is there currently for only 249 Euros, On Pixel 3a XL, which we have subjected to a detailed test below, is for 289 Euros erhältlich.

We assume that the remaining stock will be sold out in the next few weeks. It is definitely worth checking the local markets, because the Pixel 2020a (XL) will remain a good mid-range smartphone in 3!

The Google Pixel 3a (XL) is the new one Budget Smartphone the beginning of October 2018 featured Pixel 3 model series, Although the Pixel 3 and Pixel 3a models hardly differ in appearance, there are some hardware adjustments to get the RRP of 399 €. In the following I deal with the Google Pixel 3a XL, which I have for the test. 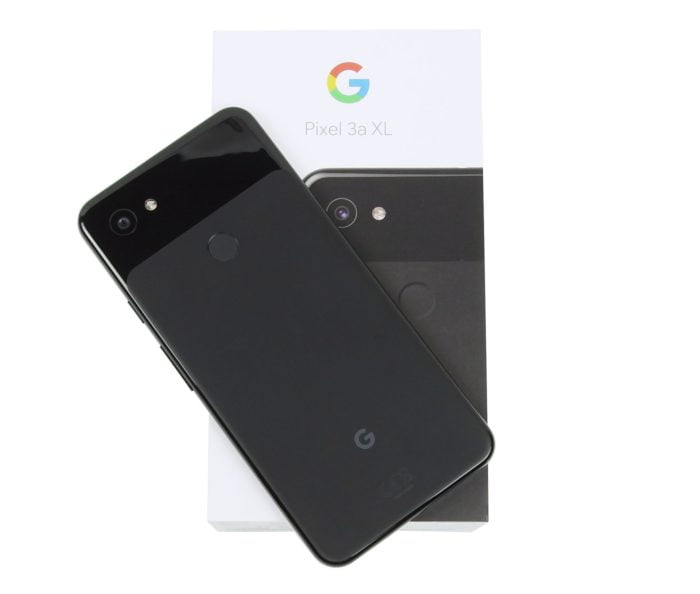 The Pixel 3a XL remains true to the classic Pixel family design. The smartphone is in the colors Just Black and Clearly White available. The color Not Pink is reserved for the Pixel 3 (XL). Color accents put the smartphone in Clearly White, whose on / off button shines in stylish orange.

A major difference between the pixel 3a and the pixel 3 lies in the materials used. Instead of high-quality aluminum housing with back glass cut-out, that consists Unibody of the pixel 3a completely off polycarbonate, The matte coating has remained and still extremely scratch-prone. The weight of the Google Pixel 3a XL has increased due to the plastic case 167g reduced. The dimensions are 160.1 x 76.1 x 8.2 mm.

The What's in the box includes the smartphone, a USB Type-A (Female) Quick-Switch Adapter to USB Type-C (Male), a USB-C to USB-C Charging and Data Cable, In-Ear Headphone, a SIM Needle , Stickers and a quick guide.

Bye Notch! From this Google has said goodbye to the Pixel 3a XL. Instead, there are two thick black bars at the top and bottom. So the trend of the bezel-less screen has not arrived at Google yet. Was at a budget pixel 3 but also not expected.

The display itself is of the type OLED and solve one Diagonal of 6 inches with 2160 x 1080 pixels on. The display is protected by scratch-resistant "Dragon Trail" Glass. The color rendering is pleasant. In the delivery state, the smartphone is in adaptive color mode, which slightly increases the blue component and is characterized by a natural white and particularly strong colors. Other color modes are “Natural” and “Enhanced”. Manual color selection is not possible.

The display brightness can be adjusted with the help of automatic brightness mode adapted to the ambient light. Manual control is also possible. The maximum display brightness is convincing, so that the display of the Pixel 3a XL remains well recognizable even in bright sunshine. In the dark, the brightness is reduced to a minimum without being dazzled. An additional one Night and reading mode filters sleep disturbing blue parts. Incoming notifications can be made via the Always-on function of the display. A notification LED is not available.

The built-in processor is the one released in August 2018 Qualcomm Snapdragon 670, The CPU of the 10 nm system-on-chip is divided into 2 Cluster, consisting of 6 Kryo 360 Silver cores with 1.7 GHz clock rate and 2 Cryo 360 Gold cores with maximum 2 GHz clock rate. The GPU is a Adreno 615, For memory, the Google Pixel 3a XL sets to one 4GB LPDDR4X Memory and one 64GB data store, One possibility to extend the data storage by means of MicroSD memory card is not provided.

Despite the middle class SoC, Google has adapted the performance of the Pixel 3a very well to the Android 9 OS. The system is extremely easy to use, animations run smoothly and apps are opened quickly. When browsing the web content is built quickly and can scroll smoothly. Mobile gaming is no problem as long as the graphics are reduced accordingly in graphically demanding games. An unpleasant and the system throttling heat development under load does not occur.

The smartphone comes with Android 9 Pie delivered. For a “Pure Android Experience”, various Google apps are already pre-installed on the system. Functions such as the Google Assistant, which is helpful to the user, are firmly anchored in the system. The Active Edge Function makes the case frame sensitive to pressure, so that it can control various apps. Then there would be that Google Update Promise, Pixel users not only get new Android updates as one of the first, Google guarantees new releases of security and operating system updates for a period of 3 years!

Friends of smartphone photography beware! Surprisingly, the Google Pixel 3a uses the same main camera as the Google Pixel 3. The single main camera uses the 12.2 megapixel Sony IMX363 image sensor with dual-pixel technology, 1 / 2.55 ″ sensor size and 1.4μm pixel size. Other features of the main camera are an f / 1.8 aperture, a dual pixel phase detection autofocus, a optical and electronic image stabilization (OIS and EIS), as well as a 76 ° wide angle. There are differences in the front camera, Instead of two sensors, there is only one 8 megapixel sensor with f / 2.0 aperture, fixed focus and 84 ° wide angle. 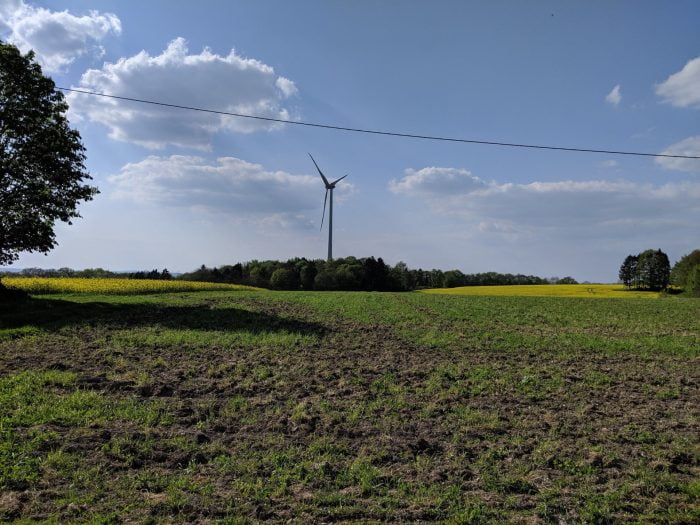 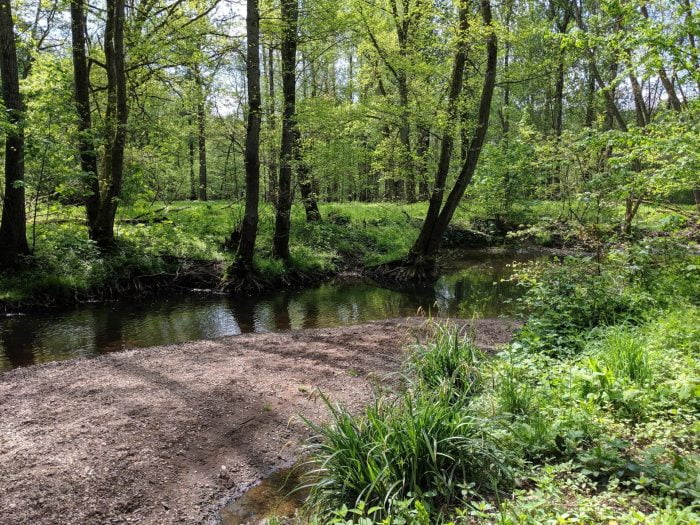 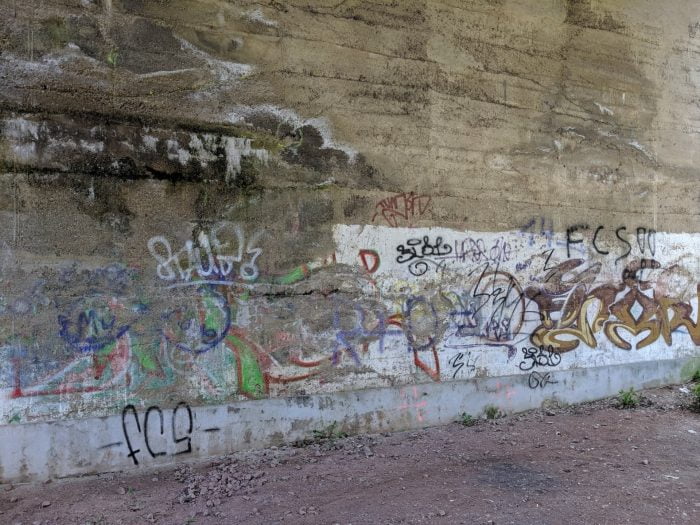 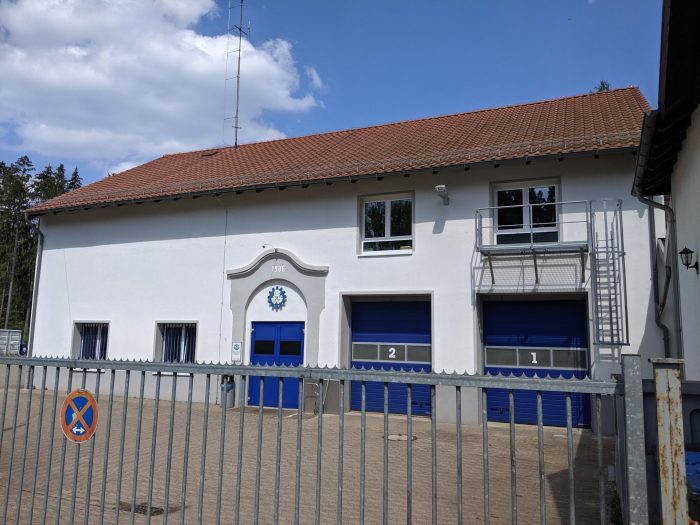 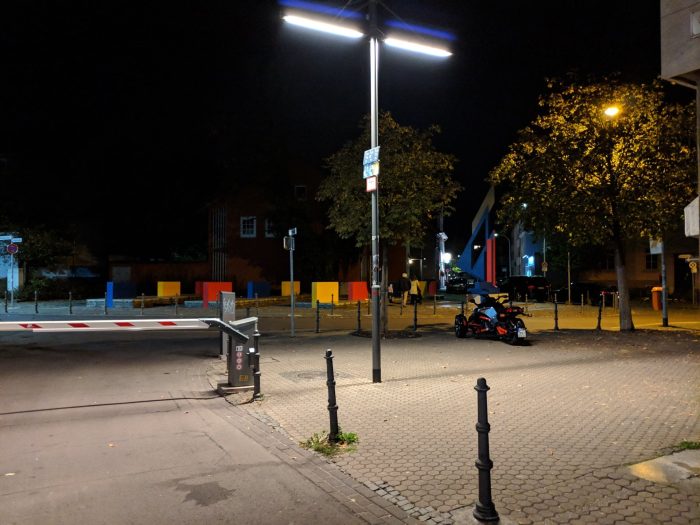 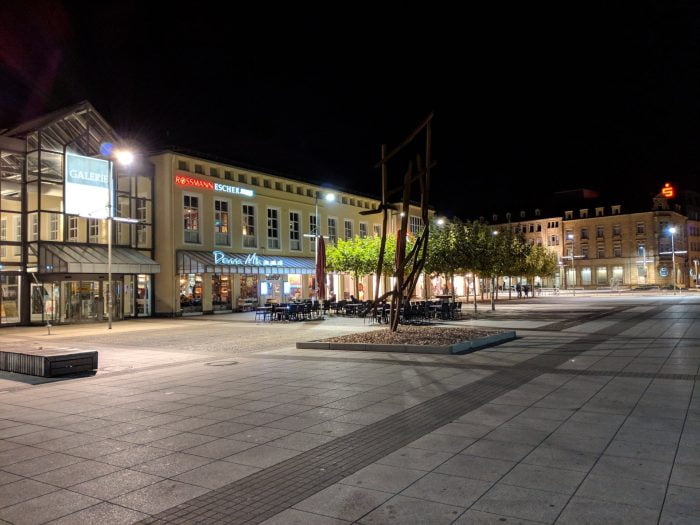 The Google Pixel 3a supports Single-nano SIM or eSIM, The built-in Cat 11 LTE modem provides transfer rates up to 600 Mbit / s in down and 75 Mbit / s in upload. The following mobile radio frequencies and bands are available:

To phone works very well with the pixel 3a. Talks can be clear and without noise. The connection stability in the mobile network is also good. Phoning via the handsfree is slightly tinny and shallow.

The smartphone copes with both 2.4 GHz and 5 GHz WLAN. The WiFi module supports the protocols 802.11 a / b / g / n / ac 2 × 2 MIMO, Bluetooth 5.0 with AptX and AptX HD codec support is available. Both in the WLAN, as well as with active Bluetooth connection, the Pixel 3a XL has shown no abnormalities.

The location is determined by GPS, GLONASS, Galileo and BeiDou, A GPS fix is ​​found quickly and accurate to a few feet. As you navigate, the Pixel 3a precisely positions itself in both rural and urban areas.

The rest sensors includes a proximity sensor, an ambient light sensor, a gyroscope, an accelerometer, an e-compass, a barometer, and a fingerprint sensor. NFC is available and can be used for mobile payment.

The Google Pixel 3a XL has one 3700 mAh battery installed. This is loaded completely by 18 watt power delivery "quick charge function" within 170 minutes. If you want to charge the battery at 50% it takes about 70 minutes. With ordinary use, ie some surfing the Web, telephony, YouTube and WhatsApp you get along well over the day. Power users need to charge the Pixel 3a XL at the latest in the evening. Compared to the pixel 3, the Qi charging function has been eliminated. Contactless charging is not possible!

The Google Pixel 3a (XL) does not have to hide behind the "big brother". Both smartphones differ especially in detail. For those with no wireless connectivity, a second front camera, a high-end processor, and a waterproof case, the Pixel 3a (XL) is a great mid-range smartphone.

Hello, is the Pixel 3a waterproof? I would be very interested! Thank you.

Hey Sebastian, unlike the Pixel 3, the new 3a models are not waterproof (IP68)!

Alright, thank you very much! I tend then to the normal pixel 3. Occasionally there are already for 450 €. greetings

Hello, I'm interested in the Pixel 3a, but I have some specific questions. I hope you can help me.
1. Does the pixel 3a also have this night mode of the normal pixel 3?
2. Will the Pixel 3a get the new Android Q?
3. You write that fast charging works with power delivery. What about Qualcomm's Quick Charge, after all a Snapdragon processor is installed?

Hey x90, of course I can help you with your questions.
1. The night mode is also available at Pixel 3a.
2. Yes, it will. The Android Q beta for the PIxel 3a launches in June.
3. Quick Charge is not supported despite Snapdragon SoC! USB PD, in contrast, is an open protocol that can be used without license fees.

Me again. Got it and am super happy with the smartphone. The camera is the hammer at the price. Night mode right first cream. The missing Quick Charge does not bother me either. The powder delivery also loads very fast. I can only recommend this smartphone to anyone!