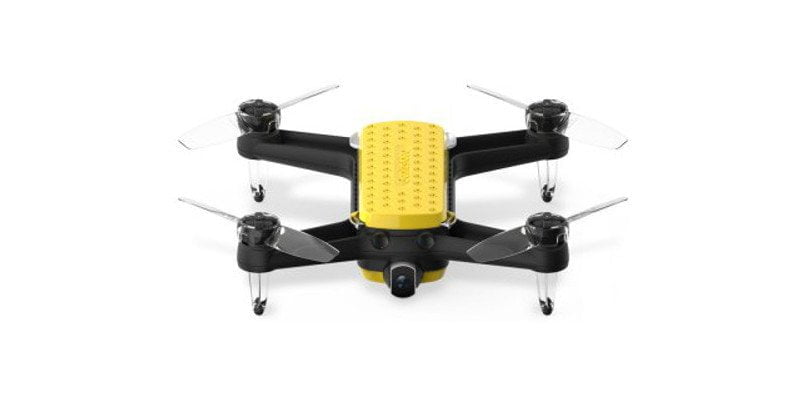 by Timo5. January
And every day the selfie drone greets you - one could easily say, if one has followed our previous contributions to selfie drones. The Geniusidea Follow RC is now another selfie drone released, whose specifications are quite close to a ZEROTECH Dobby.
Overview
Manufacturer/Model 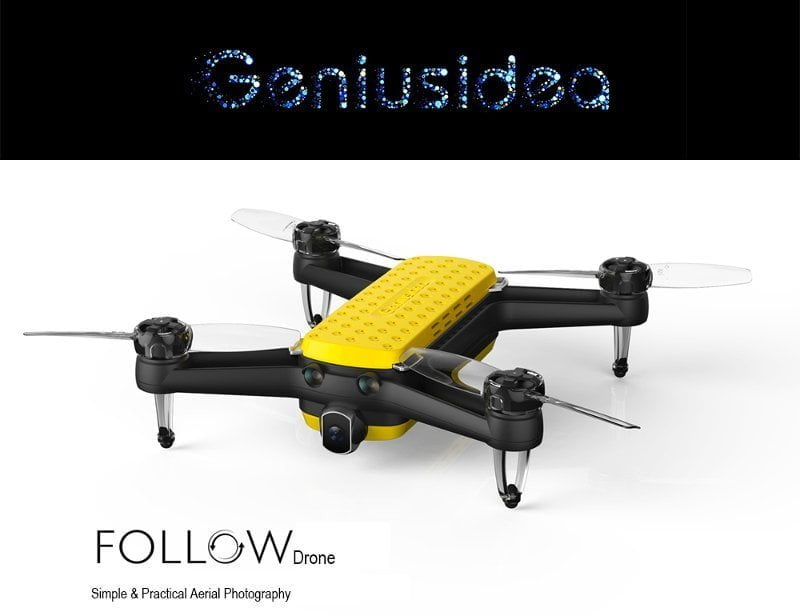 With dimensions of just once 160mm x 160mm x 50mm and a Weight of 273g Geniusidea is one of the more compact 4K camera drones. The propeller arms are not retractable, unlike many competing models. Even the propellers themselves are fixed and use a patented design, making them even lighter, quieter and easier to change. The top of the Geniusidea Follow is held in showy yellow. A special one surface texture ensures lower air resistance and improved flight behavior. Below the top cover is a passive one cooling element, which should cool the underlying board particularly well. The removable underside, which adjusts color to the top, can hold two 18650 batteries be inserted. This one is not dependent on any special battery manufacturer and can buy very cheap replacement batteries. Disadvantage of such 18650 batteries is the slightly increased weight, which affects in particular the flight time negative.

As a platform, Geniusidea Follow uses one Qualcomm Snapdragon 801 processor with a 2GB large memory and a 16GB large internal memory, The same processor was already in the ZEROTECH Dobby which offers similar functions and specifications. Video or still images can be saved directly to the internal memory. In addition, the internal memory with a MicroSD card be extended again with 64GB. The sensors of the Geniusidea Selfie drone are impressive. The flight navigation takes place via GPS and GLONASS, For environmental orientation, the drone has several Distance sensors (Optical Flow and Sonar) on the bottom. The accuracy of the satellite navigation is +/- 0.5 meters, that of the distance sensors at +/- 0.1 meters.

The built-in image sensor is on Sony IMX214, the one with 13 Megapixel dissolves. Meanwhile, the image sensor has come a bit in the days, however, has been used in many popular smartphones, such as the OnePlus One or the Oppo Find 7. Videos takes the Geniusidea Follow drone in 1080p at 60 images-per-second or at 2K and 4K with 30 images-per-second on. The electronic image stabilization (EIS) can only be activated with a resolution of 1080p. The field of view of the camera is 117 °. The aperture is one f / 2.2 aperture, The shooting angle of the camera can be changed manually 0 ° / -20 ° / -45 ° / ° -90 be adjusted. The ISO and the exposure can also be adjusted individually. Pictures are in the format JPG, Videos in MP4 added. Videos are compressed according to the standard MPEG-4 AVC / H.264.

The Geniusidea Follow is controlled with a smartphone or tablet over the so-called "G-IDEA" App, Compatible are Android as well as iOS devices. On the one hand the configuration of the drone takes place via the app, one can have a live image displayed in 720p and via virtual joysticks or tilting movements of the smartphone the drone can be steered in the respective direction. The connection is via WiFi. For this the follow drone is with one 802.11n 2 × 2 MIMO WiFi Module equipped. 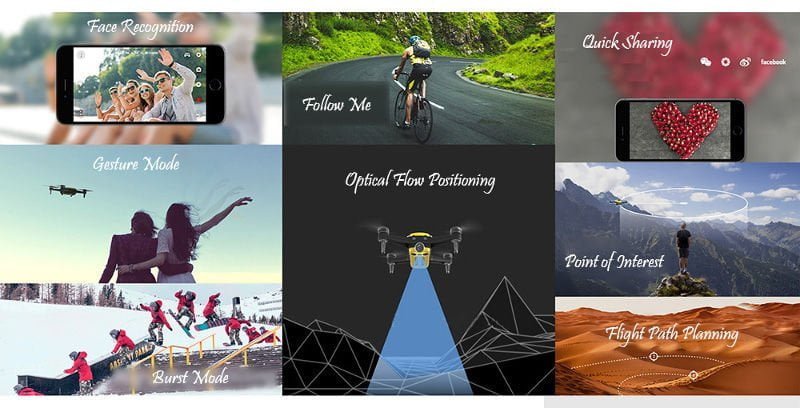 The functions are versatile and the operation is also suitable for beginners. In the so-called "Route Planning" Mode the Geniusidea Follow flies fully automatic predefined flight points and is based on GPS / GLONASS. in the "Visual Follow" Mode, the drone flies fully automatically behind a fixed object. in the "Orbit" Mode, objects or people can be orbited. If the battery of the drone becomes too weak in the course of the flight, a landing is automatically initiated. Shots can be retrieved directly from the "G-IDEA" app and shared on social media.

The one here or rather the Dobby?

This can not be said yet, since no reviewer had the Geniusidea Follow in his hand!