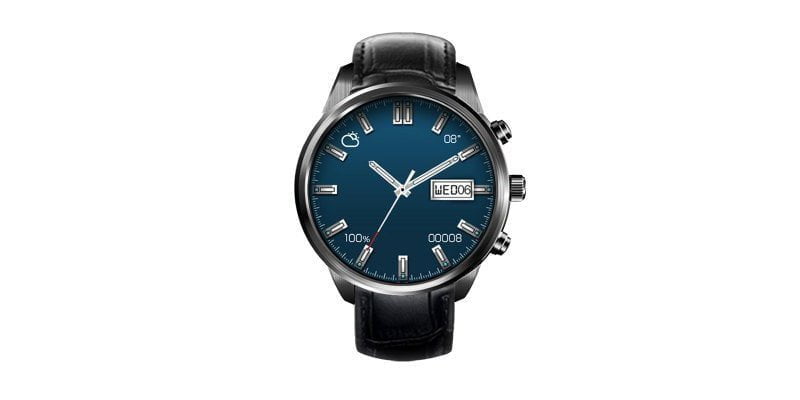 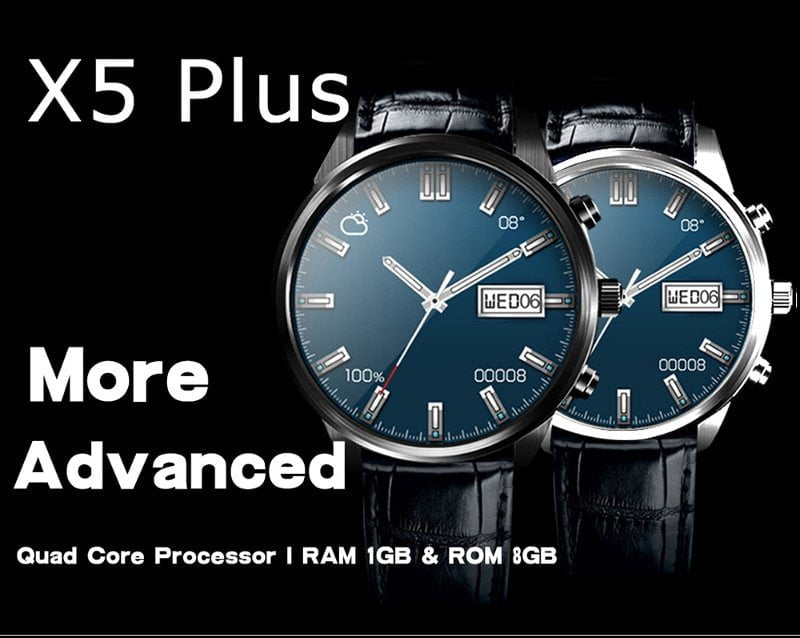 This article is about the Finow X5 Plus, but before we look at the Smartwatch in detail, let's take a look at a comparison with the other Finow Smartwatch models. The biggest differences are in the design. Here it is a matter of taste whether you choose a model with a leather strap or a silicone strap. The cases of the Finow Circular Smartwatches are all made of metal and only differ in color. Depending on the model, the housing is available in glossy silver or matt black.

Another important difference is the processor. All Plus models use the MediaTek MTK6580 processor, which has 4 processor cores that clock with a maximum of 1.3GHz. All models have a telephony function through 3G network support, GPS, Bluetooth and WiFi in common. There are minor differences in the display diagonal, which ranges from 1.30 inches to 1.40 inches depending on the smartwatch. Both the Finow X5 and the Finow Q3 series rely on an AMOLED display. Only the sporty Finow X3 Plus uses an IPS display. 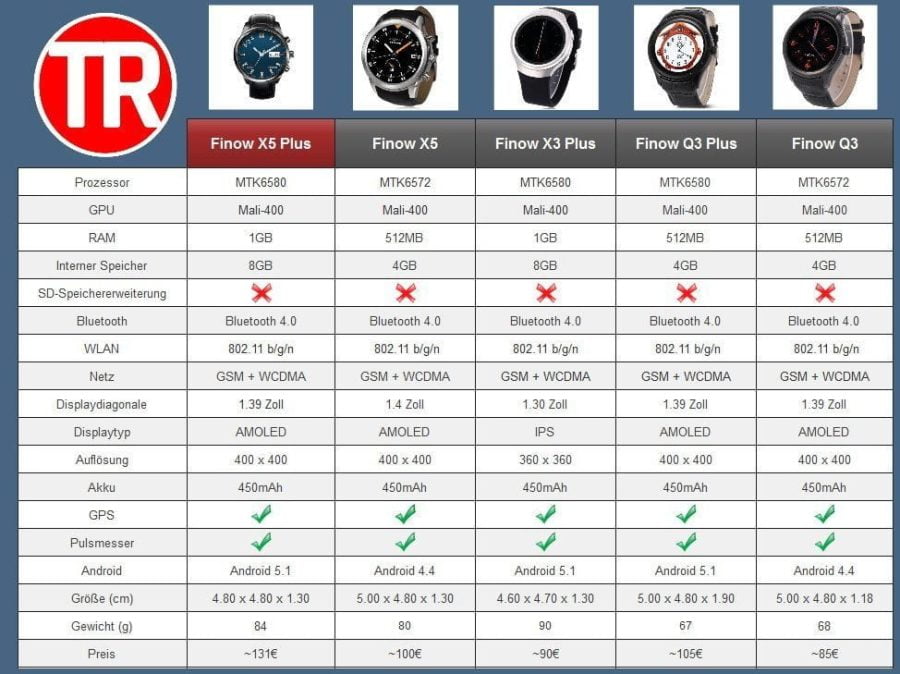 Many smartwatches from Chinese manufacturers rely on a user interface that has little to do with a conventional Android. As a result, apps usually cannot be installed and the selection of preinstalled apps is also very limited. The Finow X5 Plus, on the other hand, uses a real Android 5.1, as we know it from smartphones. Although the user interface is adapted to the round display, the differences to an “Android smartphone” are only optical in nature. The Google PlayStore is preinstalled so that apps can be installed. Nothing stands in the way of installing WhatsApp or other smartphone apps! 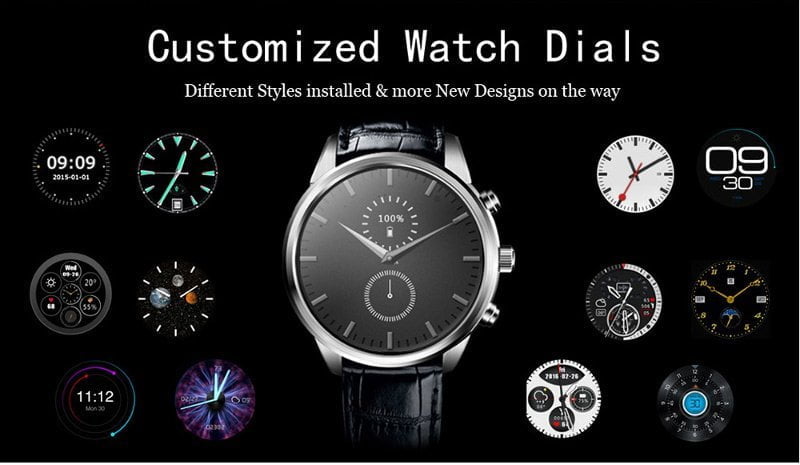 The heart of the Finow X5 Plus is a MediaTek MTK6580 processor, which has a total of 4 processor cores that clock at a maximum of 1.3GHz. The memory amounts to 1GB RAM and an 8GB internal memory. A memory expansion using a micro SD memory card is not provided. The internal memory may seem small at first glance, but the operating system only takes up 2GB of the memory, so that 6GB are still available for apps or other files. The capacity of the battery is 450mAh. Thanks to the economical processor, the Finow X5 Plus achieves runtimes of approximately one day to a maximum of one and a half days. The smartwatch is fully charged after just 30 minutes. 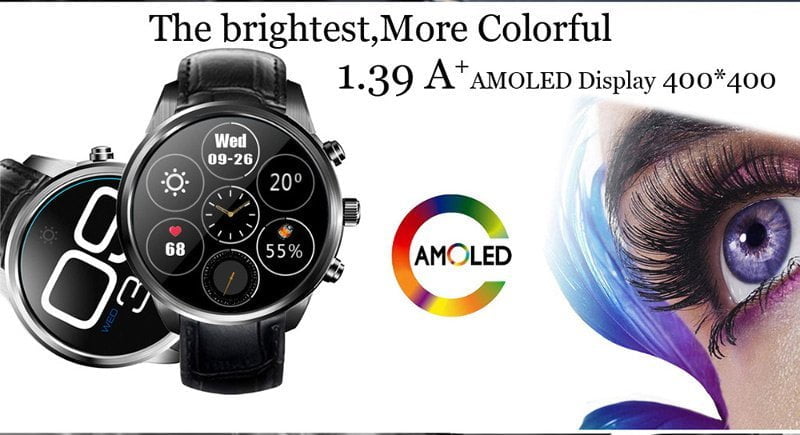 The display of the Finow X5 Plus is particularly interesting. A 1.39 inch AMOLED display with a resolution of 400 x 400 pixels is used. The advantages of an AMOLED display compared to a conventional LCD are particularly strong colors and a rich black level, which is generated by the fact that no background lighting is required, but the individual pixels themselves light up. If the display is to "glow" black, the pixels simply remain switched off. At the same time, this results in lower energy consumption.

The smartwatch is equipped with a nano SIM slot for full telephony. Both 2G and 3G network standards are supported. A microphone and a loudspeaker are also integrated. If you prefer to forward calls from your smartphone to the smartwatch, you can couple both devices via Bluetooth. Another connection option is WiFi. If you connect the Finow X5 Plus to a WLAN, you can surf the web via the smartwatch or you can download apps and watch faces. 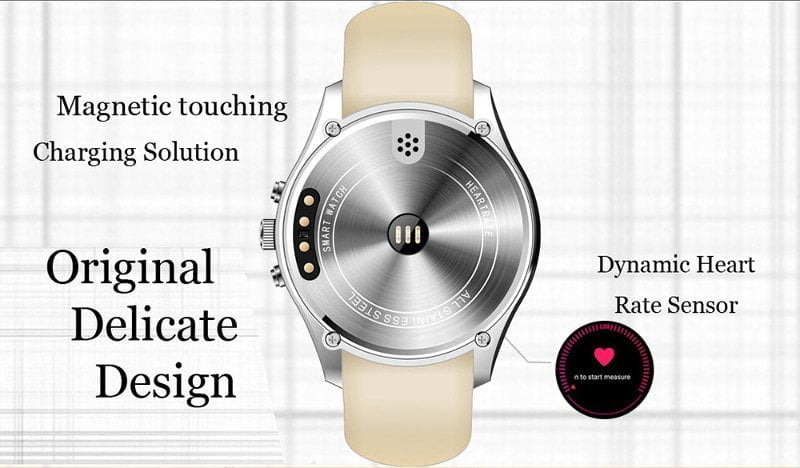 The sporty side of this Smartwach should not be neglected either. In addition to a pedometer, which counts the daily steps, the calories burned and the distance run are also measured. A heart rate monitor on the back of the metal housing uses a light-emitting diode and a green LED to determine the current heart rate. Thanks to the integrated GPS module, the route covered can be precisely determined. If you also install Google Maps, the Finow X5 Plus can also be converted into a compact navigation system.