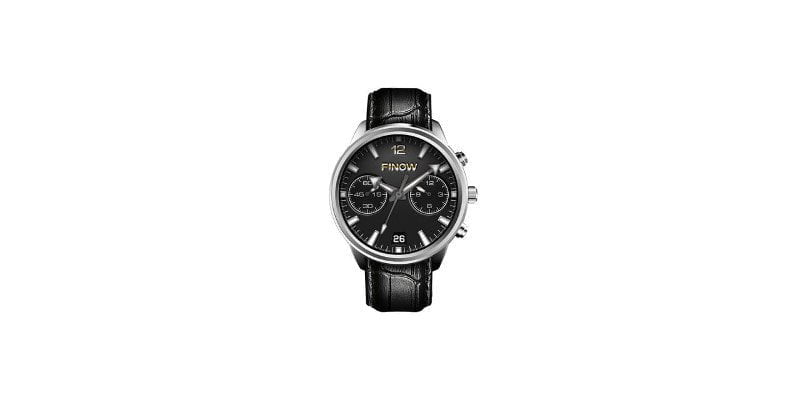 by Timo1. August 2017
The Finow X5 Air is already the third Android smartwatch that Finow released under the model series "X5". However, if you compare the new model with the predecessor models, there are only minor differences. What are the differences and all other information, you can find summarized in this post.
Overview
Manufacturer/Model 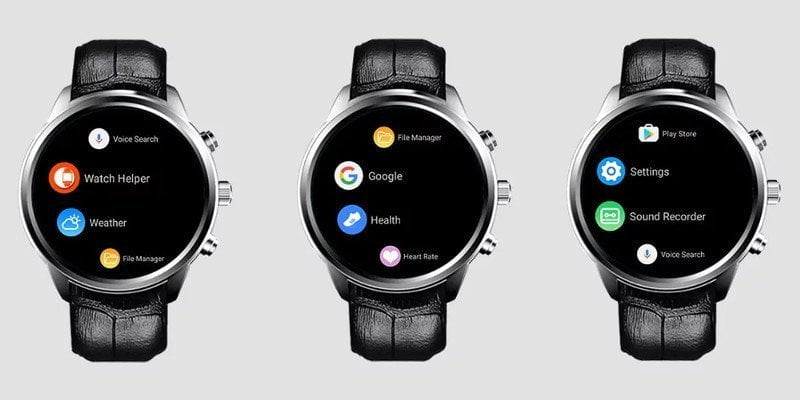 Outwardly you can hardly distinguish all smartwatches of the model series "X5". The uniform Housing consists of the Stainless steel alloy 316L and is milled from a single piece of CNC. Optionally, the watch is available in shiny silver, but also in black. The watchband is made of imitation leather and closed with a pin buckle. Due to the running within the bracelet antennas, the watch band can not be changed. The smartwatch is not waterproof!

circular display is of the type OLED. Display resolution is 400 x 400 pixels at one Diagonal display from 1.39 inches. Thus, the display is identical to its direct predecessor, the "Finow X5 Plus". The achieved point density is 286 PPI. OLED panels are unlike traditional LCD panels without backlight. Each individual pixel lights up on its own and can be switched off if necessary, resulting in a particularly rich black level. Another advantage is a lower energy consumption.

Also with the processor there are no differences to the predecessor. The heart of this is the "MTK6580" processor from MediaTek, which is also installed in many low budget smartphones. This is a quad-core processor whose Cortex-A7 cores clock up to 1.3 GHz. What is different, however, is the memory equipment. The Finow X5 Air relies on one 2GB large RAM and a 16GB large flash memory, Thus, at least the memory has doubled. An additional expansion of the internal memory by means of an SD memory card is not supported. The system is powered by one 450 mAh battery.

On the software side Smartwatch runs with a native one Android 5.1as you know it from smartphones. However, the user interface has been adapted to the circular display of the smartwatch. Apps can be directly from the preinstalled Google PlayStore download and install. Due to the circular presentation, however, it can lead to display problems, which not all apps can be operated. In comparison to Finow X5 Plus The user interface of the Finow X5 Air has been further optimized. Among other things, the menu was facilitated, there are new shortcuts and new Watchfaces. You can choose from a total of 12 preinstalled watchfaces. Further watchfaces can be downloaded directly via the smartwatch, as well as it is possible to load your own watchfaces on the clock. Instructions can be found in the numerous smartwatch communities. 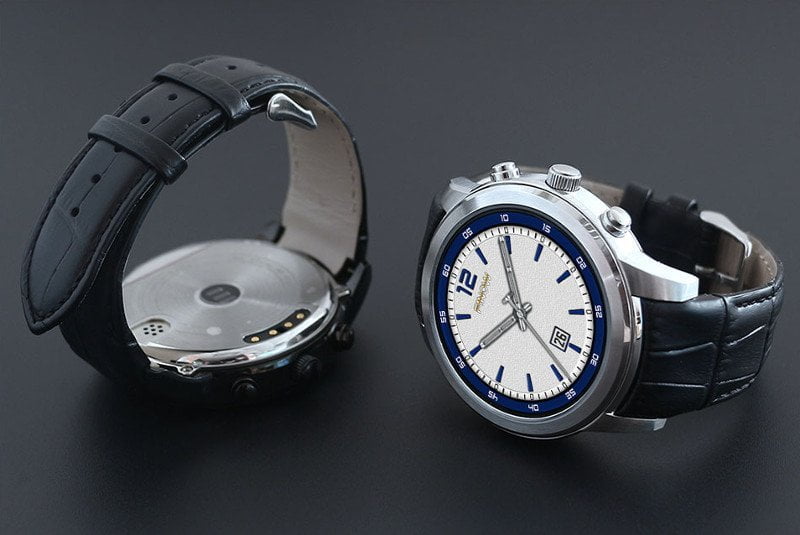 Equipped with one Nano SIM slot, It is also possible to call with the smartwatch. The GSM frequencies 850 / 900 / 1800 / 1900 MHz and WCDMA frequencies 850 / 1900 / 2100 MHz are supported. The further equipment with a microphone and a loudspeaker, the Finow X5 Air is seen as a smartphone for the wrist. If you prefer to forward phone calls from your smartphone to the smartwatch, then you can Bluetooth 4.0 fall back on. Also integrated is a WiFi module. If you connect the Finow X5 Air with a WLAN you can surf through the Smartwatch or you can download apps and Watchfaces.

Also the sporty side of this Smartwach should not be neglected. On PedometerIt counts the daily steps and provides detailed information about the calories burned and the distance traveled. On Heart Rate Monitor The bottom of the Finow X5 Air uses a light emitting diode and a green LED to determine the current heart rate. For precise positioning, the smartwatch is also equipped with a GPS module fitted. If you also install Google Maps, the Finow X5 Air can also be converted into a compact navigation system. 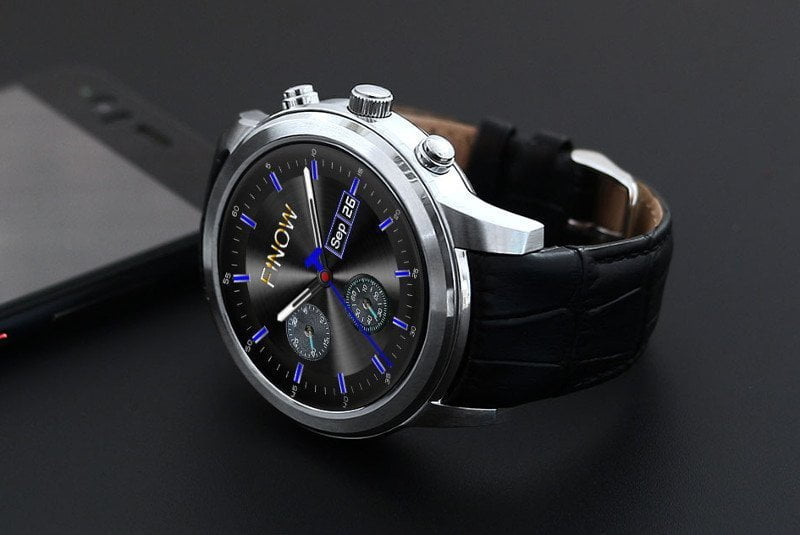 Smartwatch and Smartphone manufacturers from China are known to "recycle" old components. Also, the Finow X5 Air is rather a "recycled" smartwatch, as that it would represent a significant upgrade to its predecessor models. Design, display and processor are identical to the previous model "Finow X5 Plus", Only the memory equipment was extended and the ROM was adjusted to a minimum. Due to the small difference in price of both smartwatches, it is currently recommended to consider the Finow X5 Air. As soon as we get a test copy of the Smartwatch, the detailed test follows!

Moin, I tend to assume that the clock WIFI / WLAN has. Gearbest also insists on various comments (and even on the Gearbest page in the article description video you can see that the WIFI type turns on), claims that Gearbest continues that the watch has NO WLAN / WIFI. Would like to understand. On the side is unfortunately also the clock is available, but on my request why the clock has not been sent for a week, I have received the answer that it is currently out of stock and will be sent in about 2-3 weeks , Funny handling. I hope there are not 2 versions of the Finow X5 AIR.

Has your X5 arrived in the meantime?