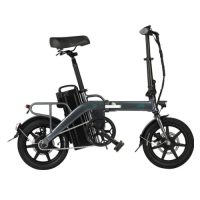 The FIIDO L3 arrived right on time for the first rays of sunshine in mid-February. The electric bike, which weighed around 25 kg and was folded into a transportable 70 x 36 x 68 cm, was delivered in surprisingly small packaging. 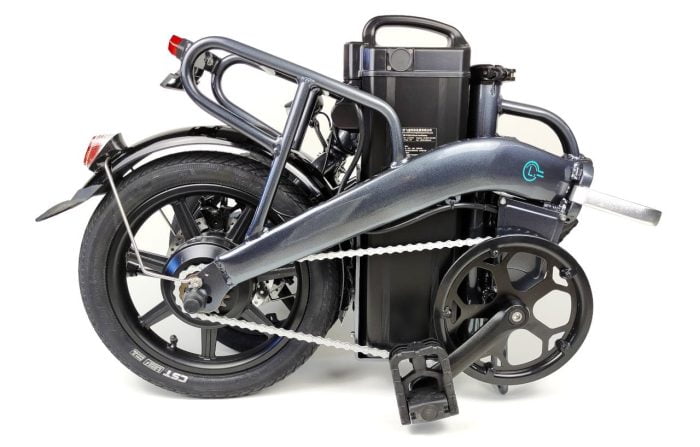 The FIIDO L3 can be folded to a transportable size.

The scope of delivery is clear. In addition to the pre-assembled e-bike, this includes a 5-piece hexagon wrench set, the power supply unit (54.6V 3A) including instructions for use, a pair of keys and a brief English-language guide that provides information on the folding mechanism. The manufacturer issues a "Certificate of Compliance" to the Download ready. 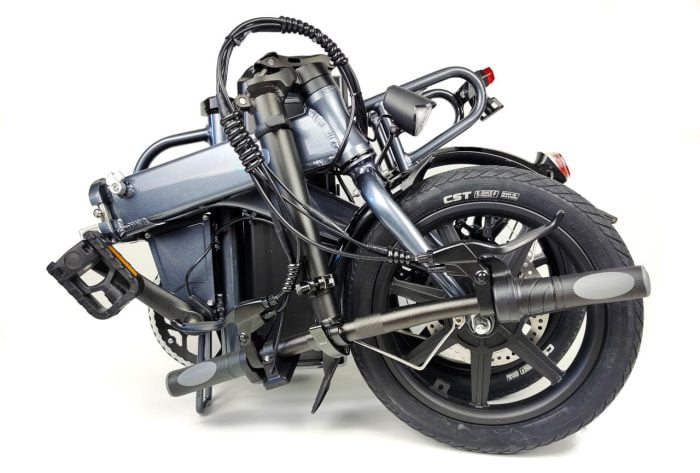 When folded, the e-bike fits easily in the trunk.

The FIIDO L3 is ready to drive "out of the box" in a few simple steps. A quick look at the illustrated brief instructions reveals the order in which you unfold the e-bike. 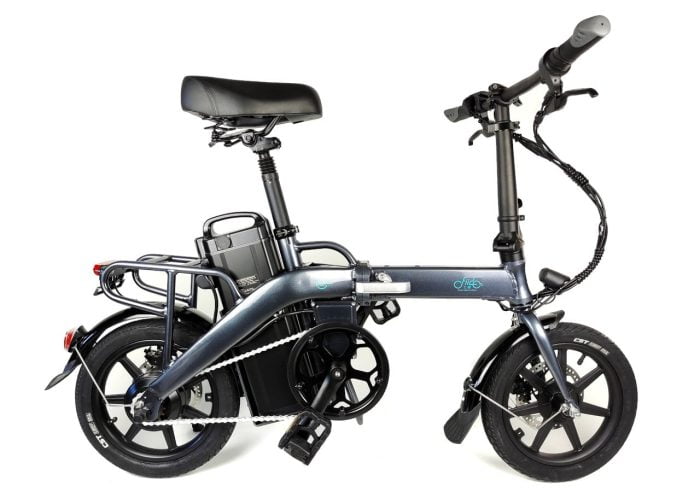 The FIIDO L3 is set up and ready to go in next to no time. 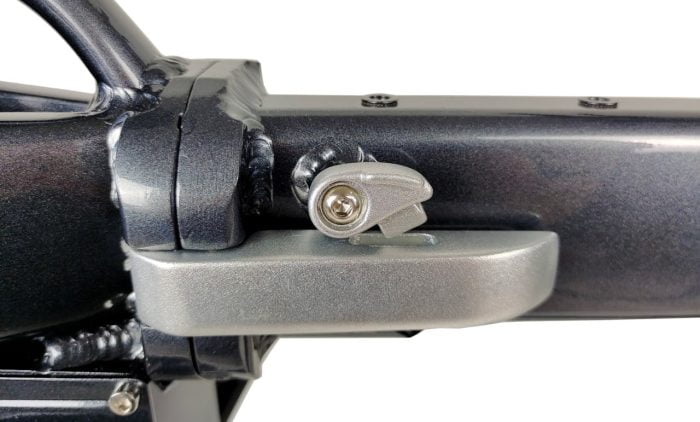 The middle folding mechanism with safety.

The seat post, the handlebars and the upper head tube are also adjustable and equipped with a quick-release fastener. When assembled, the FIIDO L3 grows to a size of 126 x 59 x 97 cm. 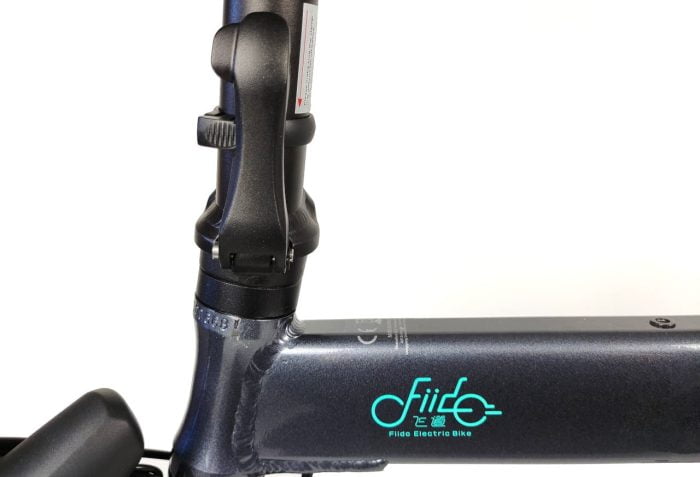 Another fold point on the head tube.

Just as quickly as the e-bike is set up, it can be folded up again. Conveniently, the pedals can be folded in by 90 °, which makes transport even easier in the trunk, for example. A support prevents the folded e-bike from tipping over while standing. With a handle on the frame, it can be carried like a suitcase. One point of criticism is that there is no mechanism holding the folded parts together. 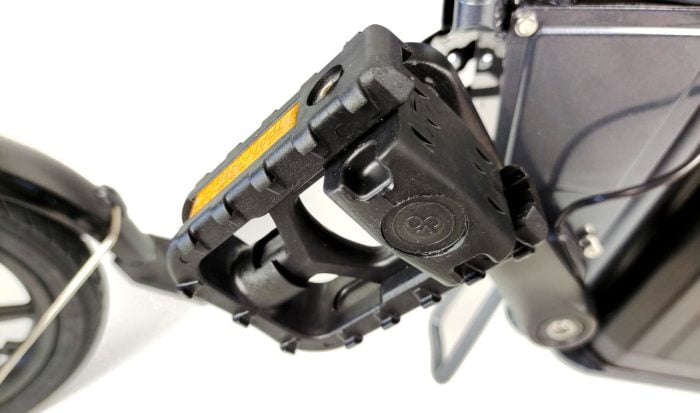 Practically. The pedals can be folded in.

As far as the workmanship is concerned, the electric bike from the Far East leaves a positive impression. The structure and frame appear robust. The welds are drawn evenly, albeit quite large. You should absolutely pay attention to the maximum load of the FIIDO L3, which according to the manufacturer should not exceed 120 kg. 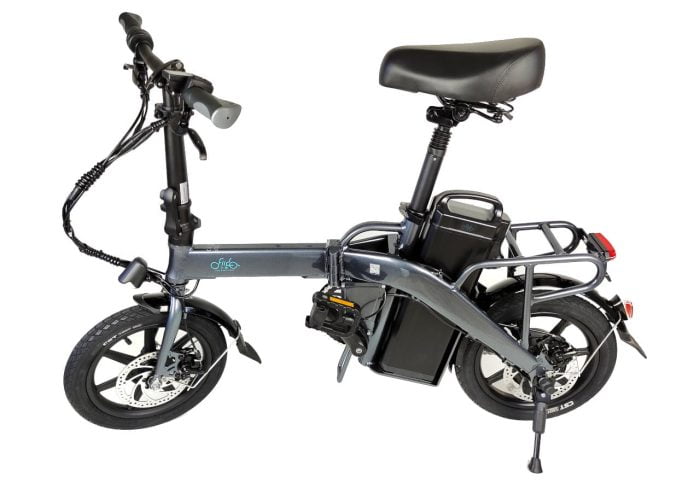 Of course, the FIIDO L3 also has a bike stand.

Before we get on the bike, let's take a look at the equipment. Due to the lack of gears, the compact and transportable design and the large battery, the focus of the FIIDO L3 is on mobility in city traffic or flat short distances, such as on the campsite. Commuters in particular benefit from the long-range 48 V 23.2 Ah battery (1113 Wh), which can cover distances of up to 130 km with just one charge. Ideally, the battery pack is not permanently installed, but can be separated from the bike and charged separately. This also ensures more safety if you want to park the e-bike somewhere. If the battery is to stay on the bike, it can be locked with a lock. 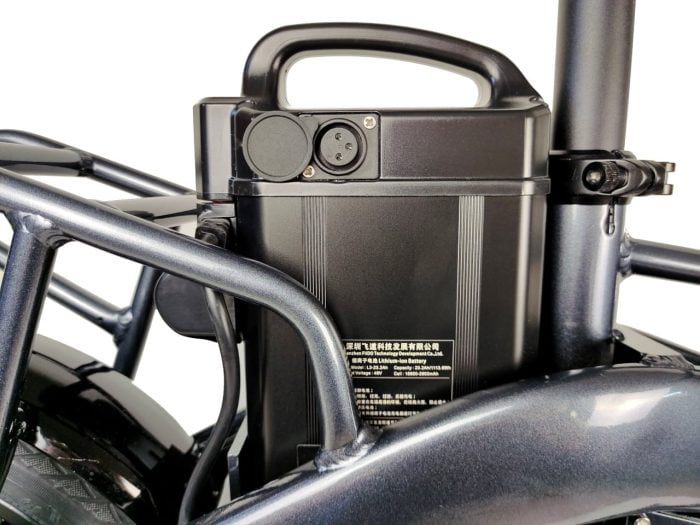 The removable battery of the FIIDO L3.

The FIIDO L3 is powered by a 350 watt electric motor (brushless). According to the manufacturer, the top speed is 25 km / h. At least that of the European model. The Chinese model is unlimited and a little faster at up to 30 km / h.

As a "fixie", the FIIDO L3 has no gear shift. Instead there are 3 operating modes.

Note: Due to the moped mode, the FIIDO L3 no longer falls into the category of pedelecs that are not permitted in Germany. Road approval is required in Germany and in many other countries for use in road traffic. There is currently no general operating permit (ABE) for any FIIDO e-bike. 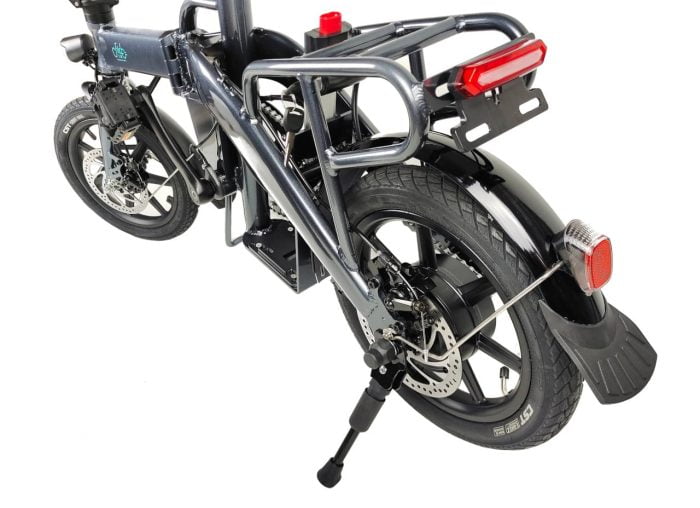 The tires are 14 x 1,95 inch pneumatic tires from CST. There are mechanical disc brakes at the front and rear. Mudguards are also available on both sides. The FIIDO L3 does not offer any suspension. Instead, you have to rely on the soft, padded saddle. 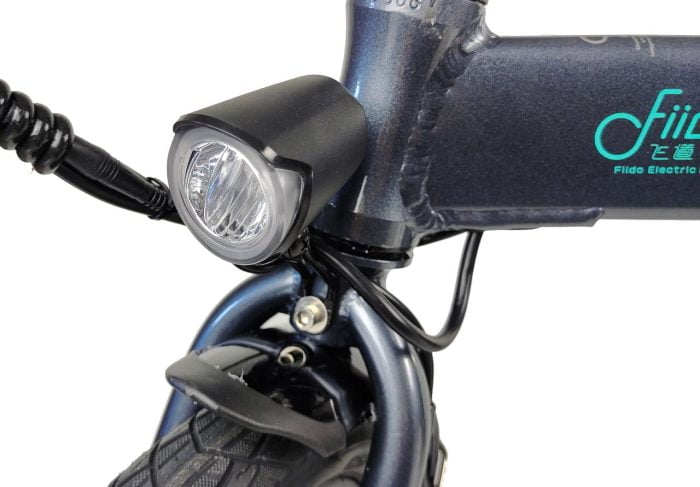 The LED headlight brings light into the darkness.

An LED headlight, an LED brake light, reflectors and a horn ensure more safety. The headlights and the electronic horn are operated via two buttons on the handlebar. A bike computer with an easy-to-read LC display is located on the handlebars. This shows the operating mode, the speed and the battery level.

Now the question of all questions. How does the FIIDO L3 drive at all?

We activate the "ignition" with the key using the lock on the battery. The electric motor is activated after we briefly press the mode button on the computer.

By default, the e-bike is in moped mode. If we now operate the throttle with our thumb, the FIIDO L3 would start moving. The thumb lever reacts pleasantly sensitively and almost directly. The so-called "Cruise Control" takes effect after about 8 seconds. We can now let go of the throttle and the speed will be kept constant.

The acceleration of the FIIDO L3 is impressive. With a body weight of around 85 kg, the top speed on a straight line is 23 km / h. From an incline of 20 ° we also have to pedal.

The mode button takes us to Pedelec mode. When we step on the pedals, the electric motor does not switch on immediately, but with a slight delay. You can feel how the acceleration increases. If you stop pedaling, the motor switches off again with a slight delay. Braking switches off the motor assistance immediately. We would have liked a faster reaction of the electric motor in pedelec mode!

With foldable electric bicycles from the Far East, one often has the image of the clown on the mini bicycle in mind. However, this only applies to a limited extent to the FIIDO L3. Although the e-bike is extremely compact, it can also be operated easily with a body height of over 1,80 m. As far as the adjustment of the saddle and the handlebars is concerned, we still have some room for improvement at a height of 1,82 m. 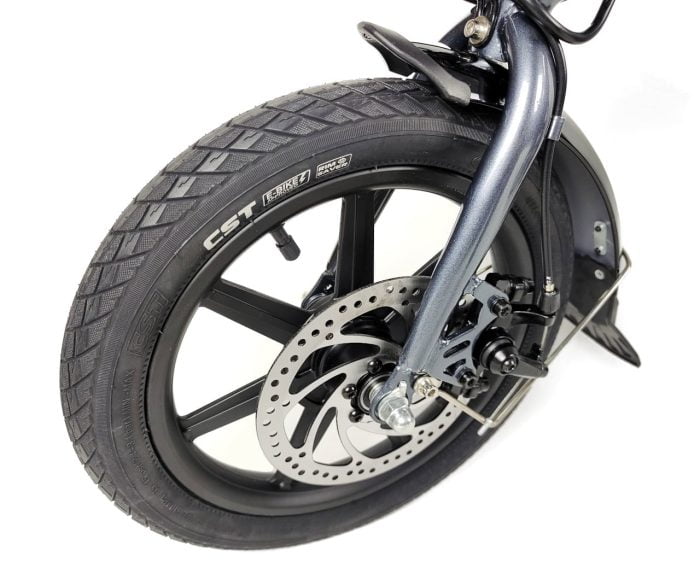 Due to the tiny 14 inch tires and the lack of suspension, you can feel the bumps on the track all the more. A slight compensation is the comfortably padded saddle, which does not sag even after a long distance. In terms of maneuverability, the FIIDO L3 is way ahead. 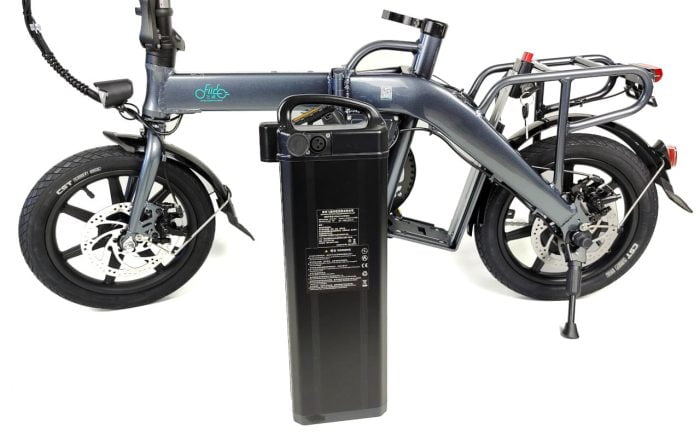 The battery can be easily removed and charged separately.

One of the selling points of the FIIDO L3 is the large battery. Where other e-bikes fail after approx. 40 km, we were able to tease out a full 90 km (moped-pedelec change) from one charge in the test. This is less than the manufacturer stated, but weight, driving behavior and weather also have a say.

The battery is inserted via this guide carriage.

Would you like to know where you can buy the FIIDO L3 electric bike? In our price comparison we list the current offers from the most popular shops. All prices are checked and updated several times a day. If a shop appears several times, it is the dealer's various warehouses.

The FIIDO L3 is a practical means of transportation that not only offers a lot of driving fun, but is also comparatively inexpensive to buy. On short trips it would be an ideal companion, but the emphasis is on "would be".

The main knockout criterion is the legal situation, according to which the FIIDO L3 needs a road approval for operation in German road traffic, which it unfortunately does not have.