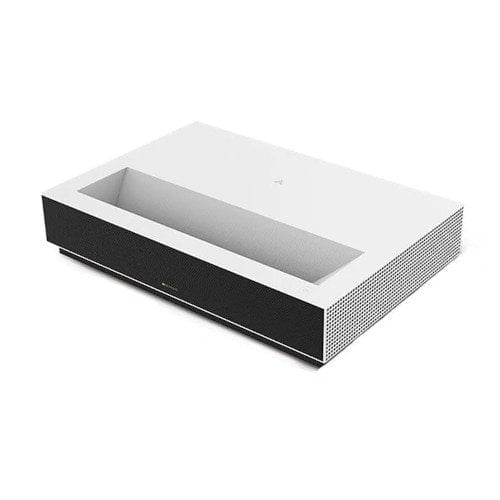 With this coupon you can join Banggood is Fengmi 4K Cinema Pro for only 1388 € instead of 1430 € to buy! Shipping is free of charge from the European warehouse. There are no additional costs for this item.

BG01164
Show Code
To the deal
TwitterFacebookWhatsAppbufferpin It
by Timo15. December 2020

Buy Fengmi 4K Cinema Pro Laser Projector with 2000 ANSI lumens by English Version are currently on offer at Banggood. With our coupon the price is reduced to 1388 Euros. Simply call up the discount code above and enter it in the shopping cart. The discount is immediately deducted from the value of the goods. The dispatch takes place within 3-5 working days from the EU warehouseso there are no import fees.

To the Fengmi ALR screen 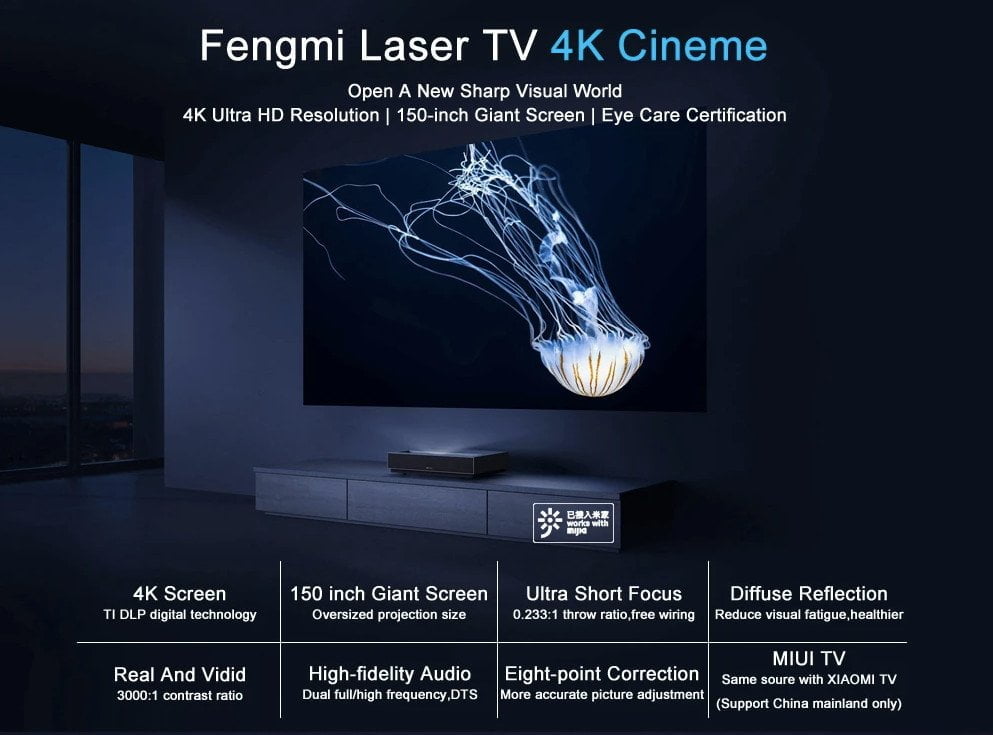 The Fengmi 4K Cinema Laser Beamer with 2500 ANSI lumens is the most powerful model in the range. The strength refers to the brightness, which with 2500 ANSI lumens is again above the Standard model with 2000 ANSI lumens und dem Model in black (1700 ANSI lumens) lies. The devices are visually and functionally identical. Only the built-in ALPD 3.0 laser light sourcethat is used here corresponds to a higher quality. The native resolution of the projector with 0.47 inch DLP chip is razor sharp 4K (3840 x 2160). Das contrast ratio gives Fengmi with 3000:1 on. Various reviews of the Fengmi 4K Cinema Projector have measured a contrast ratio of 2500: 1, which is still a good value. 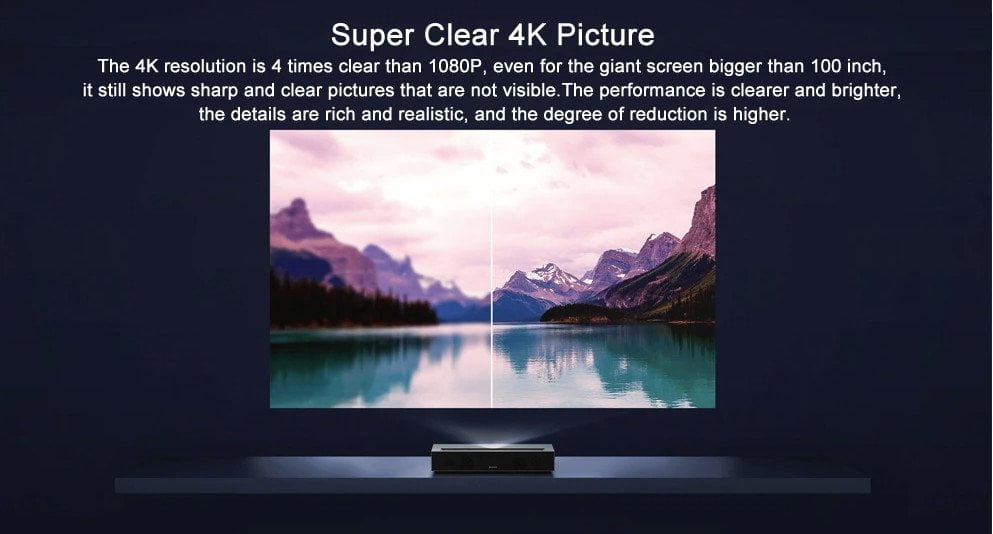 The short throw projector is suitable for Projection between 100 and 200 inches. The optimal projection distance is 150 inches. The NTSC color space the device covers with 80 - 85 percent accuracy. The Throw ratio will with 0.233:1 will be documented. HDR10 + for an even greater dynamic range and color range is supported. To protect against the laser light source, the projector immediately dips as soon as you get into the projection area. One MIUI TV, as known from Xiaomi televisions and streaming devices, is also integrated. Various media can be played directly over it. With 3D DLP link is the projector compatible. For powerful Dolby Audio sound provides an integrated system of speakers and subwoofers. 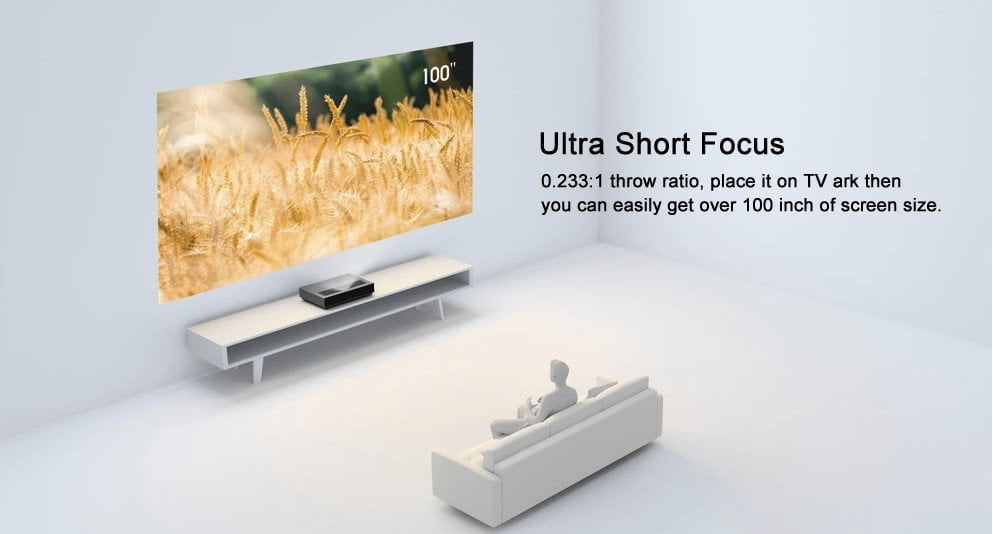