Elephone S7 and S7 Mini - It's getting colorful! 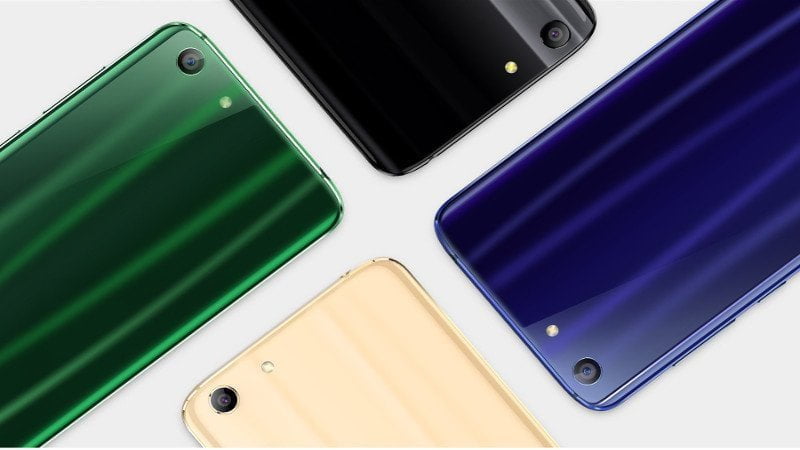 With the Elephone S7 and S7 Mini has the Chinese smartphone maker "Elephone" a new flagship and low budget smartphone in the starting blocks. Both devices will be released in November and offer not only impressive equipment but also an interesting design concept. However, appearance is not everything, as long as the hardware that dormant inside does not fit into the concept. It will be several weeks before the first reviews appear, which is why we first looked at the device in the Preview.

The Elephone S7 promotion on Gearbest. Click on the banner to get to the promo!

Overview of the Elephone S7 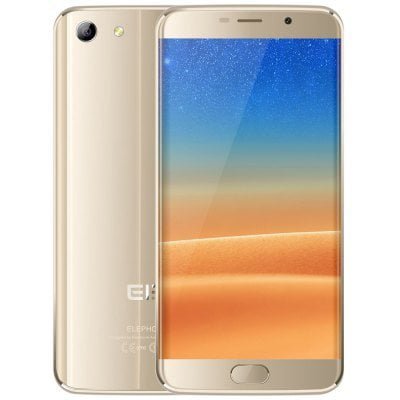 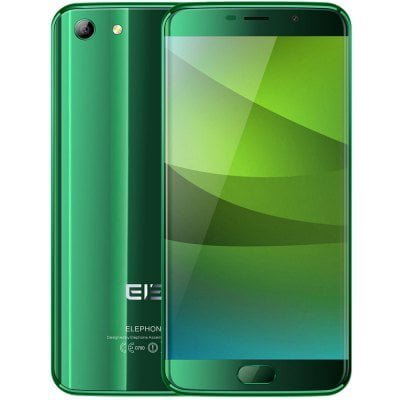 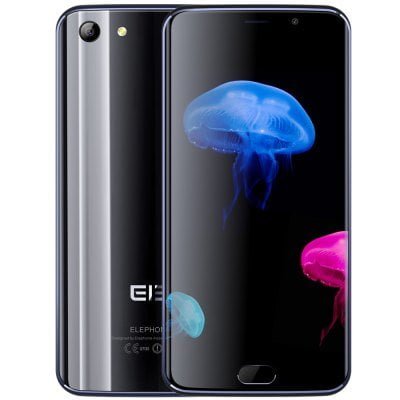 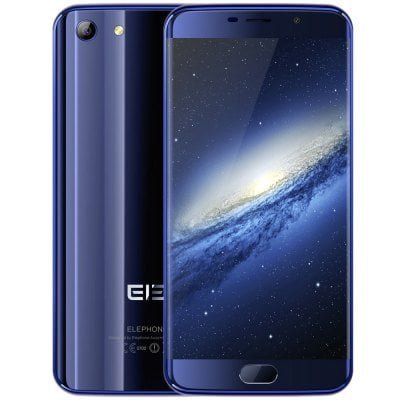 The Elephone S7 becomes the new flagship model of the manufacturer. Equipped with one MediaTek Helio X20 processor and a Mali-T880 processor graphics is one with this smartphone damn fast on the way. The Helio X20 is a Deca-core processor, the one with 2.0GHz overclocked. With graphically demanding games, the processor gets along well and even in everyday multitasking, the smartphone will not be so sweaty due to the lavishly failing 4GB main memory.

The smartphone is advertised with a curved, "Bezel-less" Super In-Cell Display, By "bezel-less" is meant the ratio of the display edge to the housing edge. Often, manufacturers advertise their smartphone with such a display, but as soon as the first hands-on appear, the expectations are often muted because the display edge is much larger than expected. In China, the Elephone S7 has already appeared and first videos on YouTube show that the display edge of the S7, by the slightly curved display is actually very low.

The display diagonal is 5.5 inch at a resolution of 1920 1080 x pixels, Due to the in-cell technology used, the touchscreen is already integrated in the display. Multitouch is with maximum 5 simultaneous inputs supported. The display is protected by Gorilla Glass 3. 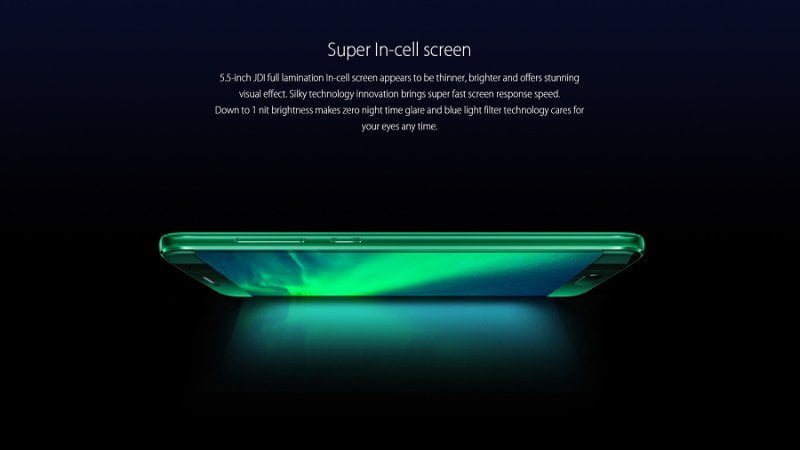 On the back is a 13 Megapixel main camera with a f / 2.2 aperture, One Autofocus and a LED flash, To the image sensor, the manufacturer makes no statements. Gimmicks like one electronic image stabilization or Real-time HDR available. The front camera releases with 5 Megapixel on. This camera comes with gadgets, such as a "Auto Beauty mode" therefore. 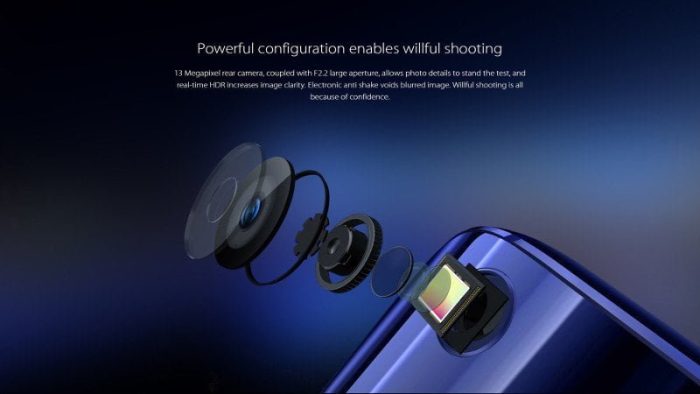 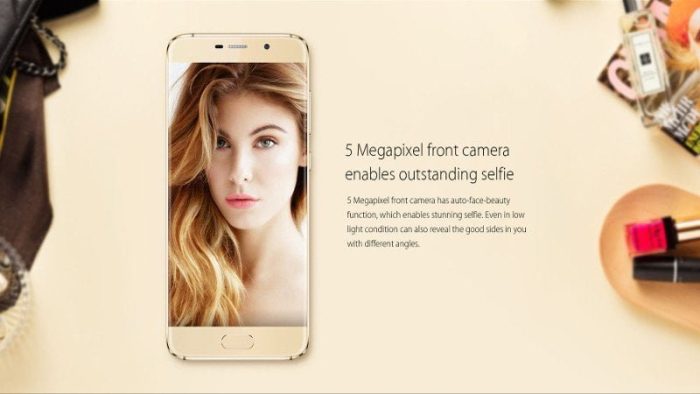 The smartphone is delivered with Android 6.0, To what extent the user interface is adapted, the manufacturer did not announce. Most Elephone models were, however, delivered with a barely changed Android, which is very strongly based on Stock-Android. Most likely, the Elephone S7 is set to a clean Android.

All 2G, 3G and 4G standards are supported. Also LTE band 20 is available. Who on one Dual-SIM Function is instructed, with the Elephone S7 also not be disappointed. Vorauf one should pay attention, however, that it is a so-called Hybrid Slot in which either the dual SIM function (2x Nano SIM) or the memory expansion option can be used! The internal memory can be accessed by means of a Micro SD memory card for a maximum of more 128GB be extended.

GPS Compass is of course available. For more precise navigation, the smartphone also has a E-Compass, Other sensors are one brightness sensor, Proximity sensor and an Accelerometer, Surprisingly, on the datasheet no gyroscope listed!

Capacitive control buttons are looking for this smartphone in vain. Instead, there is one below the display E-Touch 2.0 Button that recognizes multifunctional inputs. The entire smartphone control is via this one button. Also the Fingerprint scanner is not on the back of this smartphone, but has been integrated into the E-Touch control button. The Entsperrzeit gives Elephone 0.1 seconds at. The detection rate should at 99.7% lie. 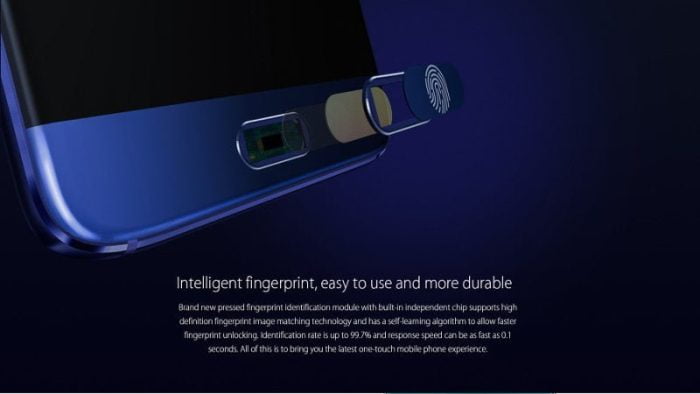 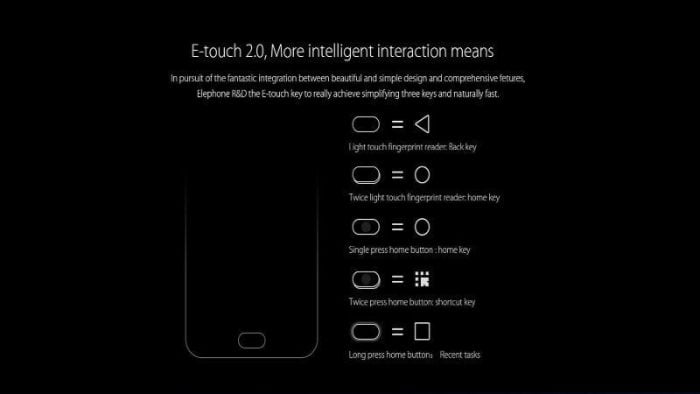 The battery has a Capacity of 3.000mAh and is therefore on average. The assumed duration is about 1 1 / 2 days during normal use. Quick Charge is supported. This allows the battery to be fully charged in no time. Whether the manufacturer also a Quick Charge charger attached to the package or renounced as the Elephone P9000 on a charger is not yet known.

The device should appear in 3 different variants you can 4 different color options. Das smallest model of Elephone S7 will with 2GB memory and 16GB internal memory be equipped. The middle model at least offers RAM 3GB and an internal memory of 32GB, The advertised Flaggschiff is with RAM 4GB and a full 64GB equipped with internal memory. Both Farben There are a total of 4 choices. In addition to one Standard black There are also more colorful colors, such as Gold, blue or green, The color is adjusted to the entire, Unibody case of the smartphone. The curved back is made of plastic. The frame, on the other hand, is made of aluminum.

The price is between 135 € and 188 €, depending on which model you choose. The smartphone is available from November!

Update (22.10.2016): Elephone has released a new video showing the user interface of the Elephone S7. Interesting is among other things the "Video Smooth" Function that makes videos even smoother. Also MiraVsion joined in the game and has been extended by several useful functions. Another feature is the "Split Screen" Mode in which the display is split in the middle and two apps can be displayed simultaneously. Here is the video on the official Elephone YouTube channel:

Overview of the Elephone S7 Mini 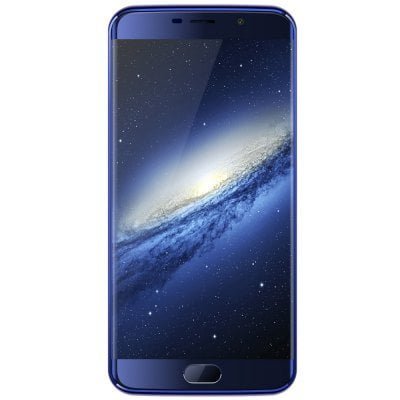 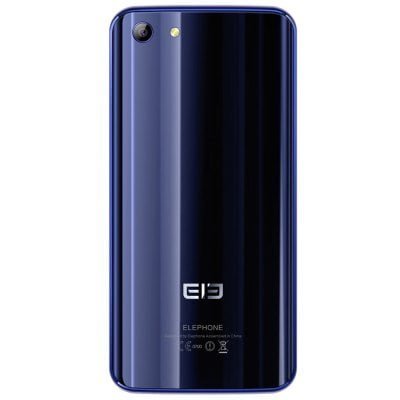 The little brother of the flagship model differs only in terms of the display diagonal, the built-processor unit and the battery. The Elephone S7 Mini is with 5.2 inch compact. Nevertheless, the display triggers in Full HD and also relies on the In-cell technology, The built-in processor is the most economical MediaTek MTK6737 quad-core, This 4 core processor clocks at maximum 1.5GHz. The random access memory coincides 2GB a little lower. Of the Internal memory is 32GB, The capacity of the battery was up 2.4500mAh reduced. However, that does not mean that the runtime is lower than the top model. Especially the built in Elephone S7 Mini processor is characterized by its economy!

Looks good and the price is tempting. I would like to know more about the camera. It would have to be a Sony sensor installed, right?