by Timo1. November 2017
If you are looking for an action cam from the budget area, you will probably already have stumbled on the action cams of the manufacturer "EKEN". Under the name "EKEN H9S" a new Action Cam has been released, which is located right next to the other models of the H9 series. How the EKEN H9S beats, more in this review!
Overview
Manufacturer/Model

In terms of price, the H9 Action Cams are currently among the cheapest action cams on the market. The standard model H9 is already available from 25 €. The model H9R with additional remote control already from about 35 €. Finally, there is now the model H9S, depending on the provider costs about 45 €. The assessment is based on this pricing. The EKEN H9 models with a much more expensive GoPro HERO6 or YI 4K + to compare would be wrong!

Scope of delivery, design and workmanship

The What's in the box the EKEN H9S is impressive. Despite the low price, the Action Cam is given a waterproof case, numerous brackets, a remote control, two batteries and charger, and even a tripod. A scope of delivery that can be seen quite well and from which other manufacturers could cut a slice. The quality of workmanship of the accessories is not objectionable so far.

Regarding the designs The EKEN H9S is based on the typical "SJ4000 Design", which is already known from numerous other China Action Cams. The housing of the camera is made entirely of plastic. The front is adorned with a large EKEN print and the words "4K Ultra HD". Because of the relatively high profile of the EKEN Action Cams, numerous action cam knock-offs are already in circulation. One should make sure that the EKEN logo is actually present in order to avoid a possible fake! Further features of the front panel are a power or mode button plus adjacent status LED. Of course, the front lens is also the lens with a 170 ° wide angle.

On the housing frame are on the one hand the Connections, These amount to a MicroUSB socket, a MicroHDMI socket and a MicroSD memory card slot. The connections are exposed and thus not protected against dust or water! On the opposite side there are two further control buttons, which are used for scrolling within the menu. The battery bay is typically placed on the underside of the frame. The possibility to connect a tripod with the Action Cam does not exist. The top is the record button and another status LED.

The back of the case graces the 2 inch display. This is a conventional LCD without touch function, which would not have been expected in view of the price. The resolution of the display is 320 x 240 pixels. The processing quality of the EKEN H9S is far from objectionable and corresponds to the price of the camera. 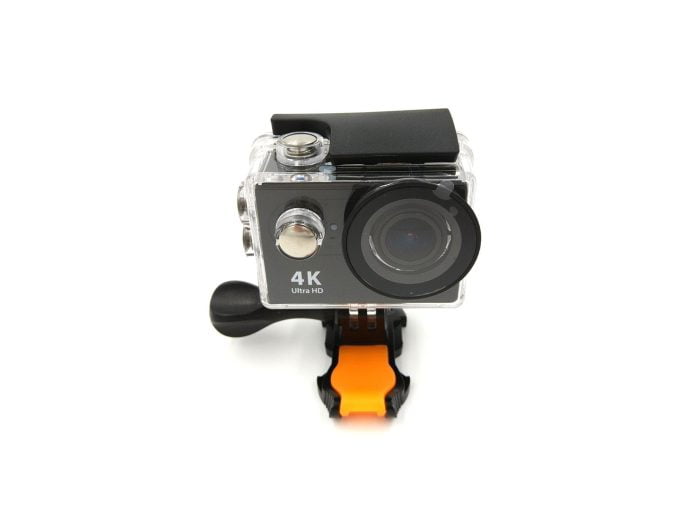 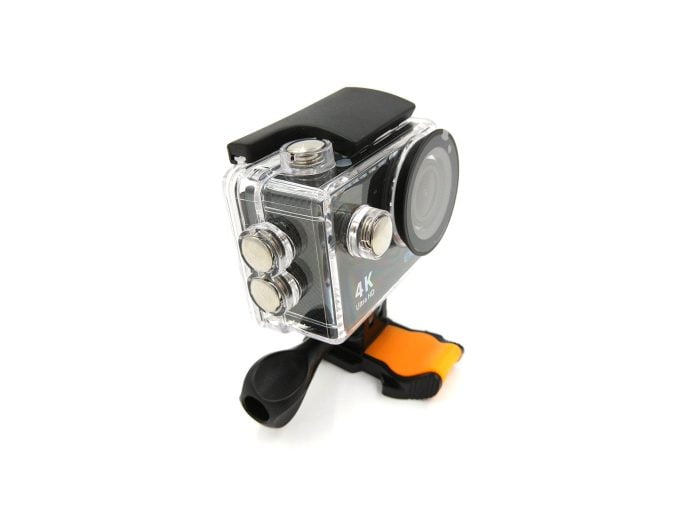 EKEN H9, H9R and now the H9S rely on identical hardware. The image processor carries the name "SPCA6350A", Theoretically, this SoC can encode videos at maximum 1080p resolution and 60 frames-per-second in H.264. Images are taken at maximum 24 megapixel resolution. How does EKEN H9S manage to record videos in "4K"? Videos in 4K with the H.264 codec To encode the processor does not provide for performance reasons. Instead, individual pictures are taken, which are finally through the MJPEG video codec be put together to a video. 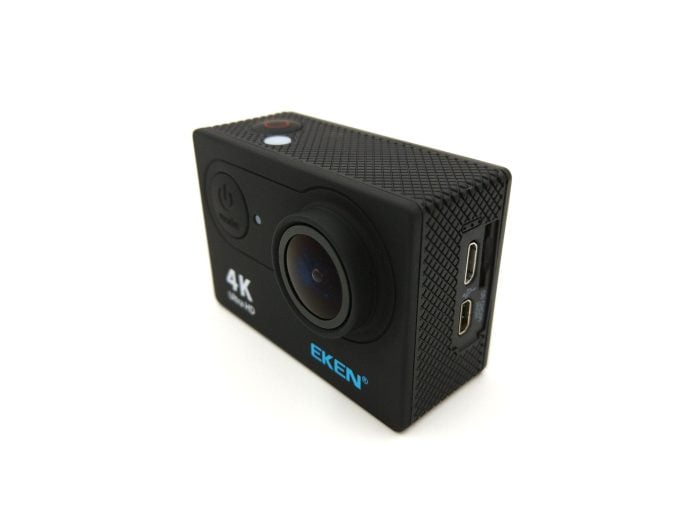 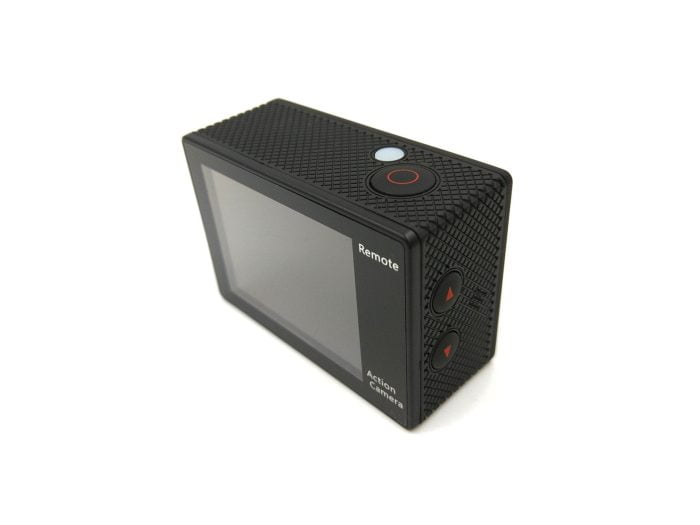 In addition, the processor also offers the so-called "Super Resolution" feature, which is nothing more than an interpolation. The native image is artificially brought to the desired size. The fact that the promised 4K function is implemented only interpolated, shows above all the image sensor used. This one is one OmniVision OV4689, the only native with 4 Megapixel, that is, 2688 × 1520 pixels (2.7K) resolves. As you can see, the EKEN H9S is one too "4K cheat camera", A native 4K video resolution would not have been expected in view of the price. Another hardware features is a 2.4 GHz WiFi modulewhich allows operation via app and remote.

To use the Action Cam, all you need to do is insert the battery and a microSD memory card. Various Memory card models of the type SDHC and SDCX were easily detected with a maximum size of 64GB. An overview of the operation and the individual functions of the EKEN H9S can be found in the illustrated and well-written user manual.

If you turn on the Action Cam, you will first be greeted by an EKEN logo and the following start screen. Of the Home screen includes the live image output and provides additional information on the selected recording mode, the resolution, the elapsed and remaining recording time and the battery level. The recording mode can be changed using the mode button. After pressing it several times, you can also access the settings. The Gallery offers the possibility to play or view video recordings and taken photos directly via the Action Cam. Here is an overview of all recording modes and settings options. 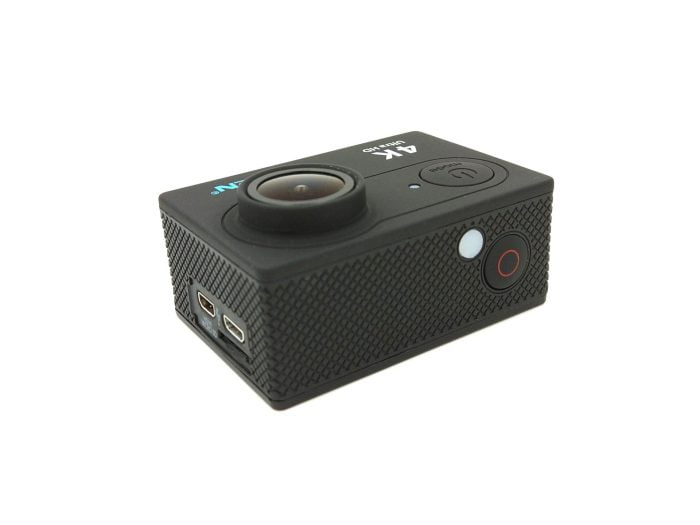 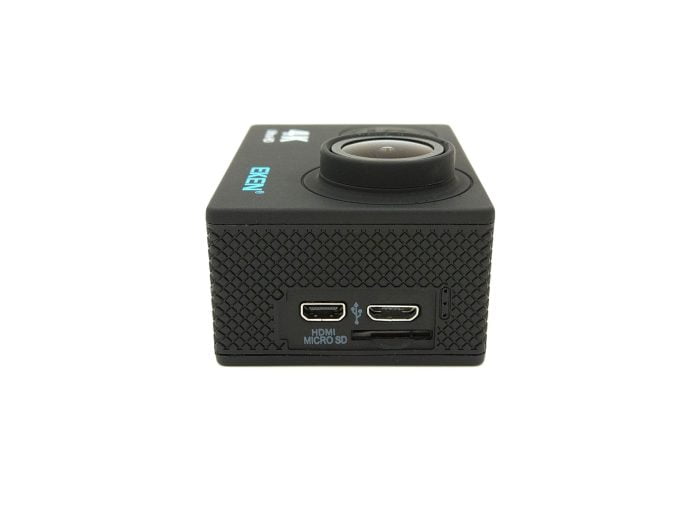 Overall, the EKEN H9S 4 recording modes, Here is an overview:

The Setting possibilities of the EKEN H9S are very limited. The following settings can be made.

It is important that there is no possibility to configure the WiFi. That means you can not specify an SSID! Even a password protection is omitted, so that theoretically anyone with active WiFi and proximity to the camera could connect to this.

The EKEN H9S can be controlled remotely either via the supplied remote, or by using the so-called "Ez iCam"which is offered for both Apple and Android mobile devices in the respective stores for free.

On the whole, the app is scrap. Although the connection between app and mobile device succeeds without problems, the stability of the app is the purest disaster. Crashes of both the app and the action cam are not uncommon. The setting possibilities leave something to be desired. The freely selectable resolution is limited to 1080p. Only positive is low transmission delay. If the app should run stable for more than a minute, the image will be transmitted hardly delayed. To what extent the crashes are related to the app or the firmware is not apparent. Anyway, the app ran at that time Test of EKEN H9R without crashes, but also offered the same functionality. You are looking for innovations, even after the app has been on the market for over a year, in vain!

Incomprehensible is the firmware version. The action cam identifies itself as EKEN H9R and also has a current EKEN H9R firmware installed. Alone, that the cameras are not different in appearance and hardware, suggests that they are two identical models. The firmware remains to say that this is anything but optimized. Unexpected crashes were not uncommon during the test. It often happened that the camera simply "frozen" and only a hard reset by removing the battery managed to remedy. There is definitely a need for optimization here!

Assuming that the Action Cam should not cost more than 45 €, the video quality is still acceptable. With a resolution of 4K the Action Cam actually reaches 25 single frames without using a frame twice. The same applies to 1080p at 60 pictures-per-second. Striking is the strong image noise, which manifests itself predominantly in the 4K recording mode. At the same time, the Action Cam tends to be oversaturated in bright light. In poorer lighting conditions the artifact formation increases noticeably. Shots are becoming increasingly blurred and colors fade. There is no electronic image stabilization! The recording quality of the microphone is mostly tinny. Inserted in a watertight case, the sound is captured only slightly.

The said to the video quality is synonymous transferable to the image quality. To criticize is in turn the dynamic range, the sometimes abundant failing artifact formation and the increasing blurring in low light conditions. In view of the price but was also not expected in terms of photo quality. 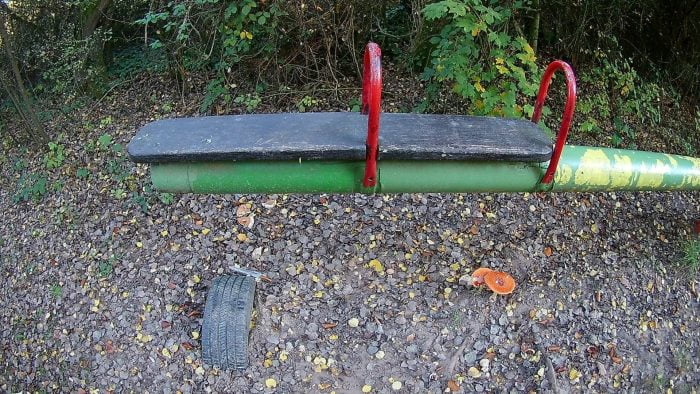 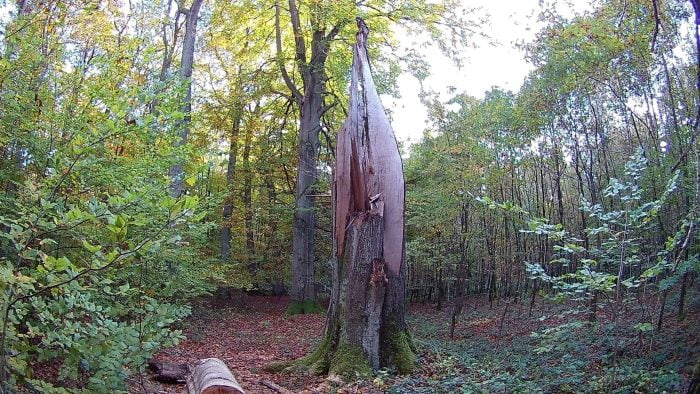 The Capacity of the battery the manufacturer states 1050 mAh, In the test was active with 4K recording mode and default settings, ie an automatic power off the display and disabled WiFi, one Running average of 85 minutes reached. in the 1080p @ 60 recording mode the recording time was on average 60 Minutes. A complete charge of a battery takes about 2 ½ hours. 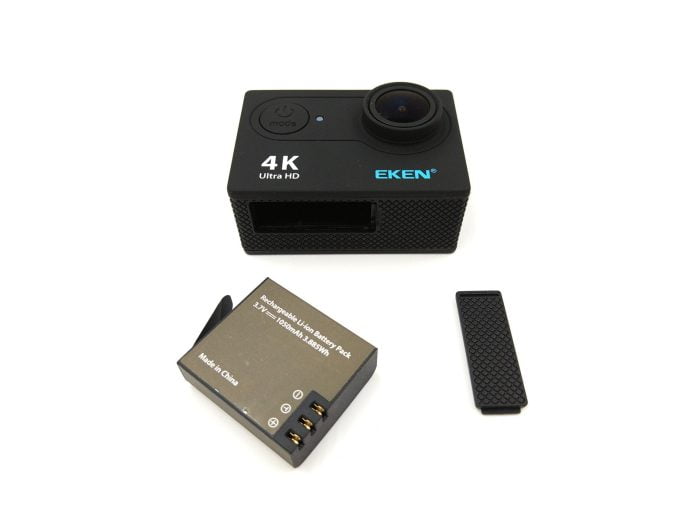 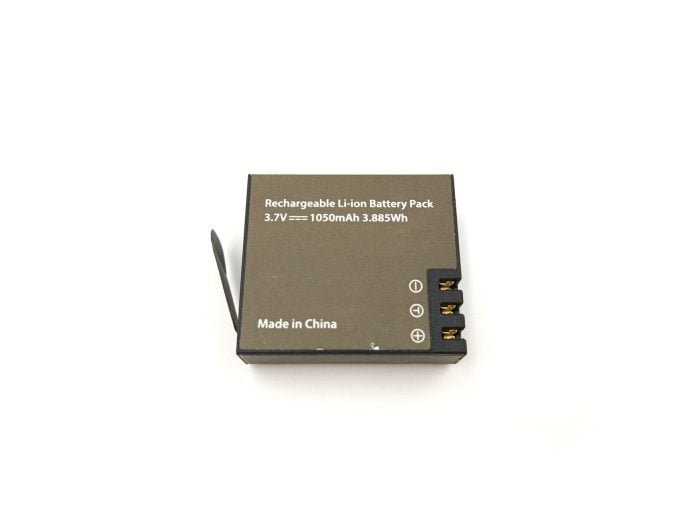 As you can see, the duration of the EKEN H9S does not differ from other, so-called "SJ4000 clones". Despite the rather atypical battery format of the supplied EKEN batteries, alternative standard batteries are compatible with the Action Cam.

Take the 2016 released EKEN H9R, rename it EKEN H9S and you have a new 2017 budget action cam. That's exactly what EKEN has fabricated here. The EKEN H9R and H9S are two identical Action Cam models that are not the least different.

Although the EKEN H9S has no innovations compared to the previous year's model and was probably released purely from marketing tactics, this Action Cam continues to offer a barely top-top price / performance ratio. In contrast to more expensive action cams must of course be compromised in terms of functionality and recording quality, but only because of the extensive scope of delivery, the EKEN H9S or H9R is worth a look.