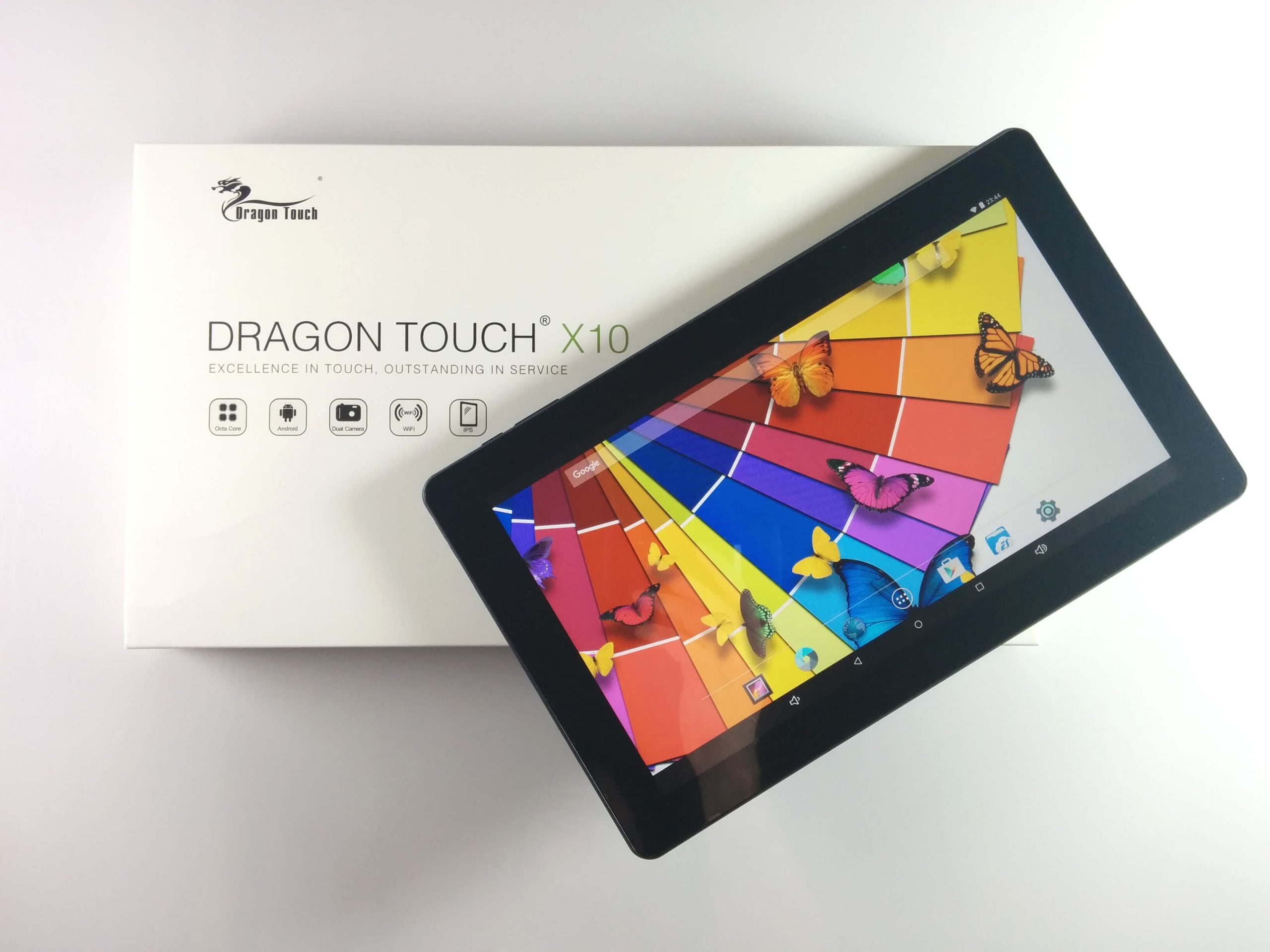 Impressions of the Dragon Touch X10

The Dragon Touch X10  (DragonTouch_Direct) was delivered including a universal tablet power supply (2.5mm, 5V - 2A), an illustrated operating manual in English and a micro USB data or charging cable. A screen protector was already applied to the tablet.

After the first inspection, the Dragon Touch X10 made a very good impression on me. The quality of workmanship of a chinaphone or tablet can often be seen from the screen protector, which is already applied to most devices from China. Often this is applied uncleanly and with dust inclusions, but on the Dragon Touch X10 it was applied almost entirely without errors.

The back of the Dragon Touch tablet is made of plastic and is also rubberized, which is why the tablet lies very comfortably in the hand. There are also two loudspeakers on the back. It is interesting that this tablet did not skimp on connection options. In addition to the usual micro USB socket (type B), the Dragon Touch X10 has an HDMI socket (type C), another USB socket (type A), a 2.5mm DC socket and a 3.5mm audio output. By the way, the X10 can be charged via the Power Connector as well as via the micro USB socket! All connections are also labeled on the back. In addition, the tablet has a micro SD card slot that is hidden behind a cover.

The function keys are located at the left upper edge of the housing. Here are a volume rocker and the power button. Both buttons are easy to reach and also have a good pressure point.

The Dragon Touch X10 also has two cameras. The front camera has a resolution of 2 megapixels, the rear camera with 5 megapixels. But more about the cameras later. 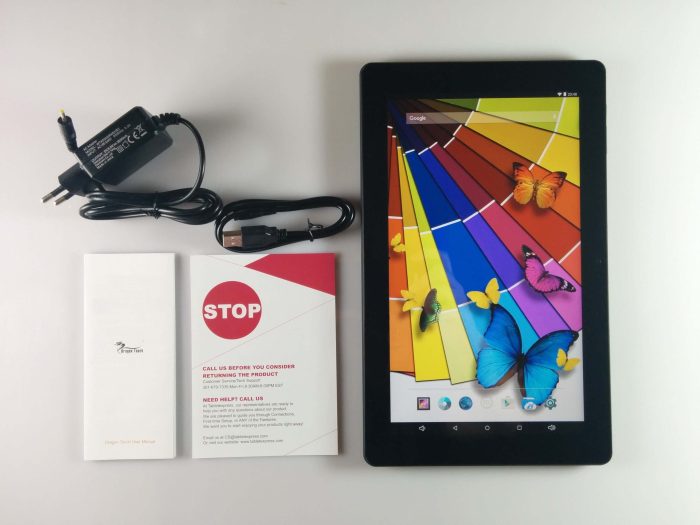 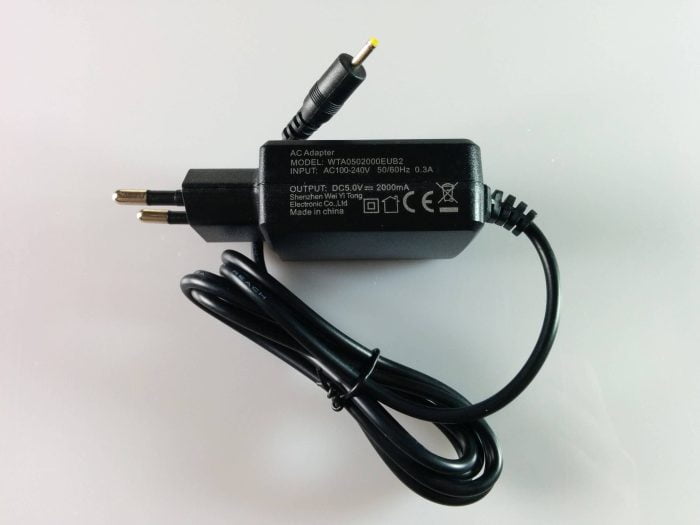 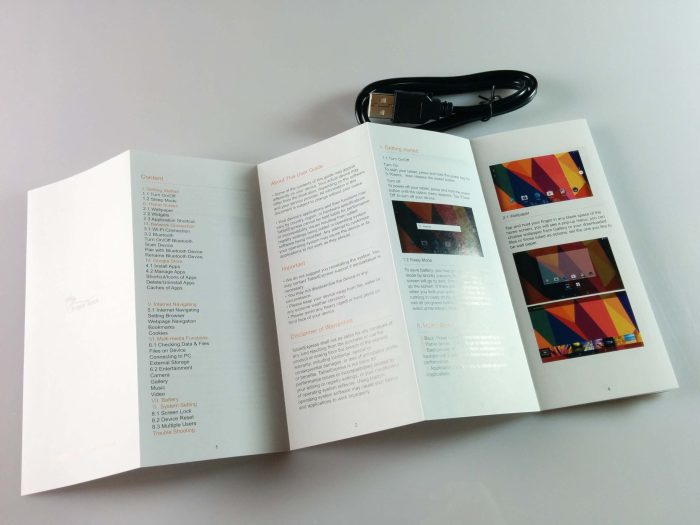 The display of the Dragon Touch X10 has a resolution of 1366x728 pixels, which are rare. TabletExpress uses a 10.6 inch IPS panel, which convinced me with its strong and natural colors and the really great viewing angle stability. I would describe the maximum display brightness as average. The point density on this tablet is 160 DPI. Individual pixels can be seen on closer inspection, but considering the price, you get a really fantastic display.

The device has an additional menu item "Smart Color" in the display settings for color correction. This also corrects the colors, making them look a little stronger. Unfortunately, no advanced settings can be made here, such as with "Miravision".

Since IPS displays are known to have a slightly higher power consumption, another function called "Intelligent Backlight" has been added. With this function, the tablet is darkened to save energy. 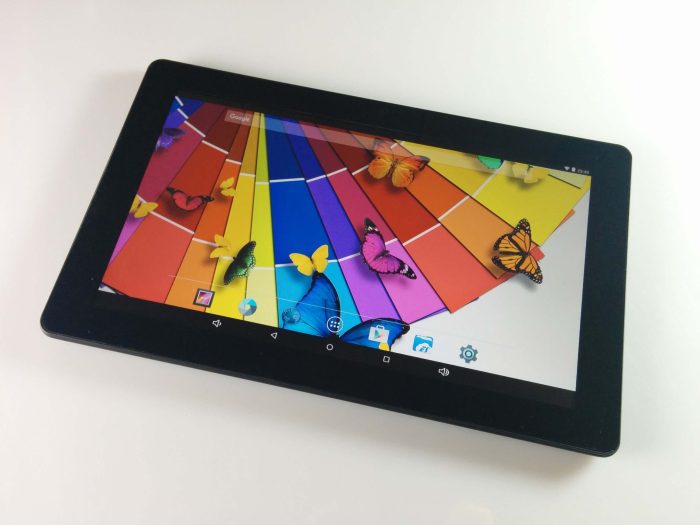 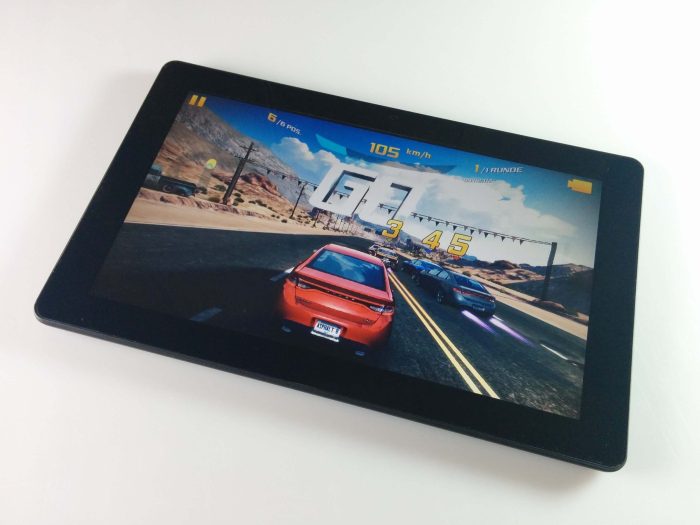 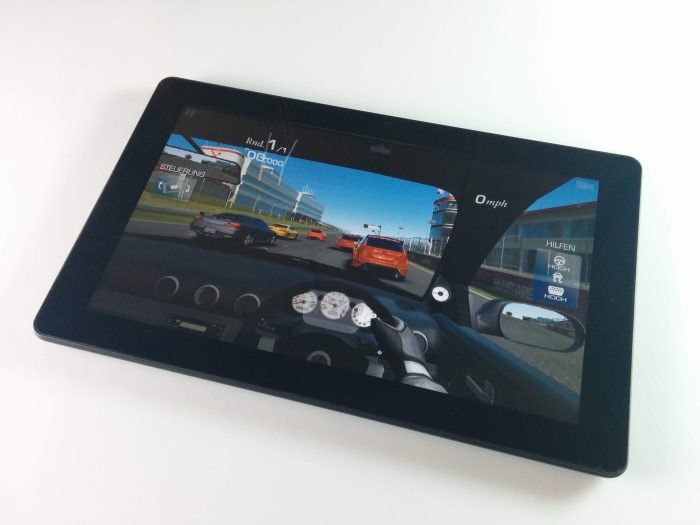 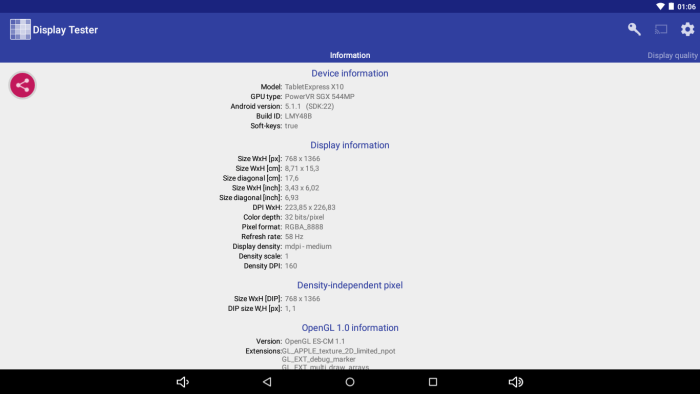 The Dragon Touch X10 has an Allwinner A83T Octa-Core processor. This 32bit processor runs with a maximum clock rate of 2.0GHz. The A83T achieves the clock rate on all 8 cores simultaneously. The GPU amounts to a PowerVR SGX 544MP.

Unfortunately, the X10 has saved a bit with the RAM, which is why it is below average 1GB. Multitasking and games are still possible without any problems. Apps can be opened promptly, and I rarely saw performance drops.

Games like "Asphalt 8" or "Real Racing 3" I could almost always play fluid. Only "Asphalt 8" did not always run smoothly, but the fun was not negatively affected. 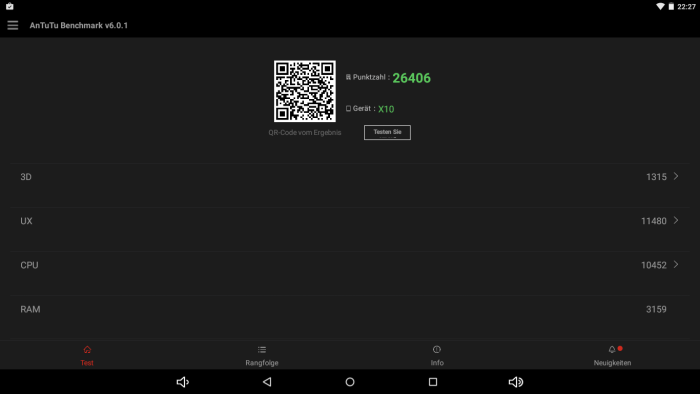 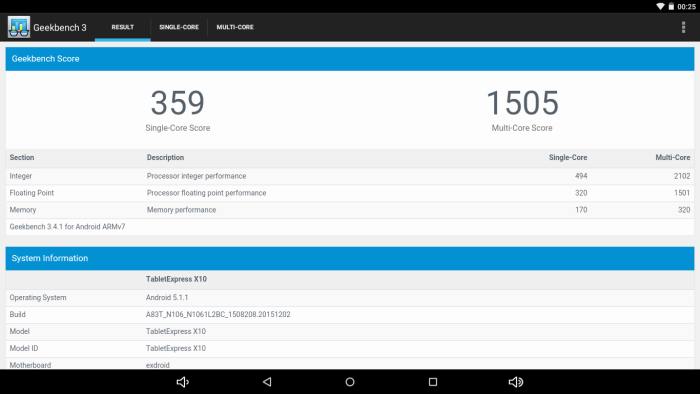 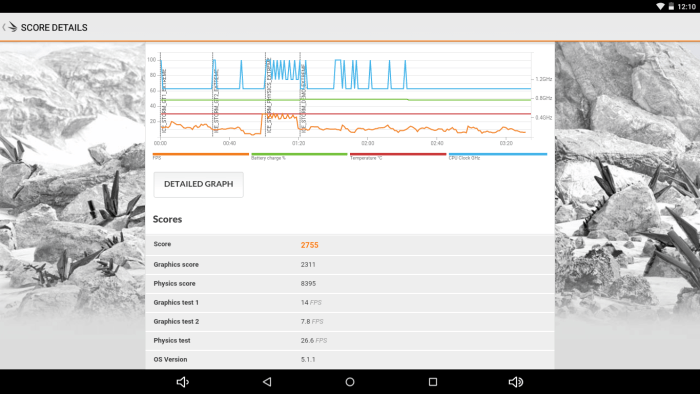 Android 10 Lollipop was already installed on the Dragon Touch X5.1.1. Fortunately, the Android used here has hardly been changed, apart from additional menu items. Except for "ES File Explorer", none of the third-party apps were installed, and only a minimum of Google Apps was preinstalled. So you can enjoy a clean stock Android here.

The internal memory of 16GB can also be expanded with a micro SD memory card. This means that even larger apps and games can be installed on the X10 without any worries.

What I miss with this tablet, however, is the ability to update the system OTA (Over-The-Air). This function has been completely removed here. However, system updates can be downloaded from the manufacturer's website. The tools required for flashing are also available there.

The tablet has a 5 megapixel rear camera and a 2 megapixel front camera. An LED flash was not installed. The stock Android camera app is preinstalled as a camera app. I have to disappoint anyone who hopes for a lot from these cameras. As a buyer, you shouldn't expect too much from the cameras of the Dragon Touch X10. Depending on the price, pictures can be taken on which you can also see something, but for useful recordings it is better to use a better smartphone or another camera. Image noise can be seen very clearly, especially in poor lighting conditions. But even in good lighting conditions it is extremely difficult to take reasonably good pictures. However, both cameras are completely sufficient for skyping on vacation or for “emergency recordings”. 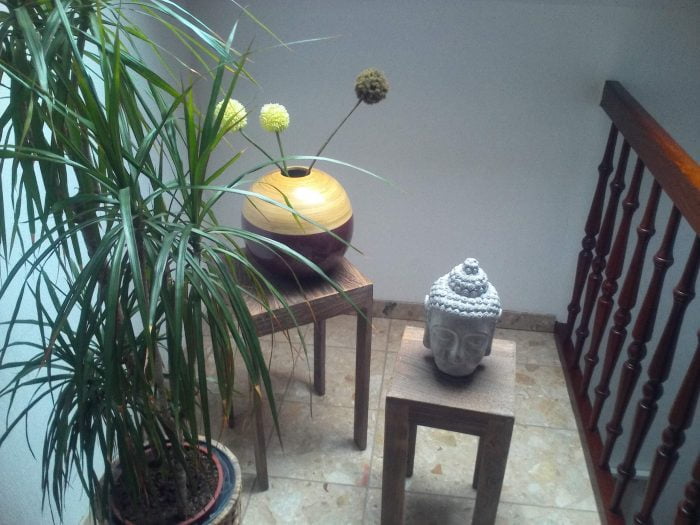 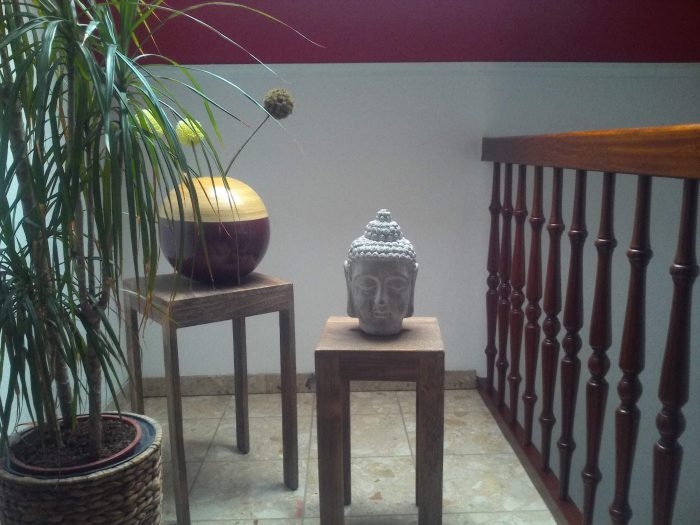 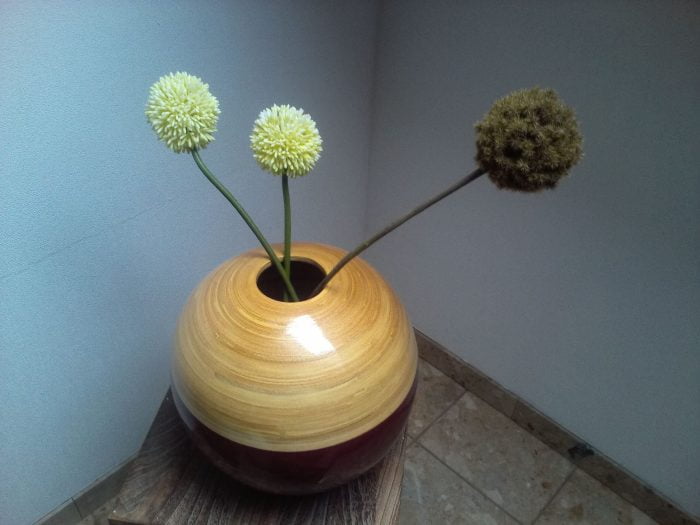 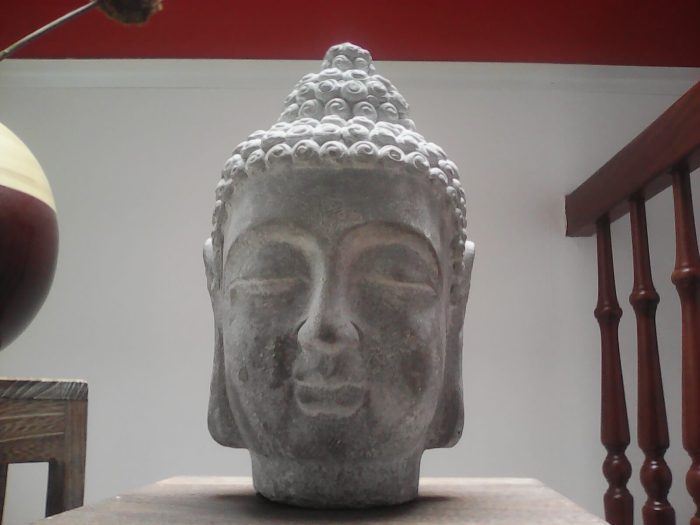 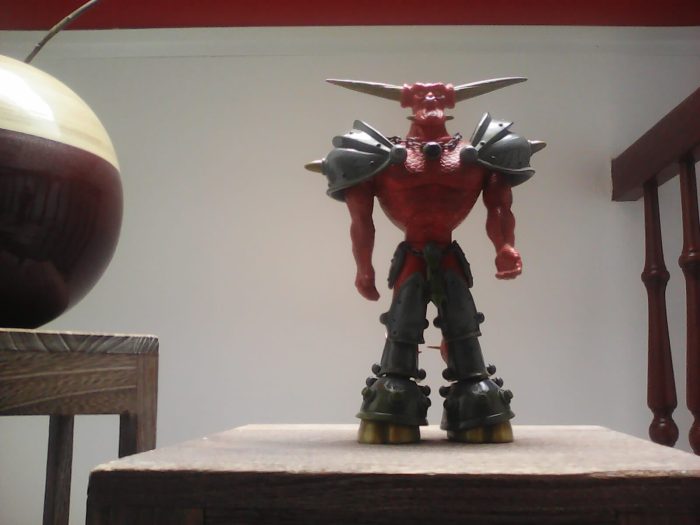 The Dragon Touch X10 can convince with a stable and signal-strong WLAN. The 5GHz band is not supported. With Bluetooth, the X10 already uses Bluetooth 4.0. Again, I couldn't find anything negative about the connection. The tested connection to a BT loudspeaker and a gamepad was stable, without delay and the range was also good.

The two speakers integrated on the back create a clean and clear sound. Even at full volume, I could not hear any clanking or noise. Unfortunately, the maximum volume is relatively quiet. A room is not sonicated with this tablet under any circumstances! If you have the tablet on the man, the maximum volume on the speaker is completely sufficient for example to watch a movie. The sound over the 3.5mm audio output is also good and trouble-free.

The Dragon Touch X7200 has a fairly large battery with 10mAh. I was able to fully charge this in about 4 hours with the included charger (5V 2A). The Screen On Time (SOT) is approximately 6 hours with normal use.

In view of the price, the Dragon Touch X10 is a solid tablet, which convinced me especially in the display. Although I would have wished at least 2GB RAM, nevertheless I could hardly notice performance slumps despite the 1GB RAM. The two cameras, I would call a nice additional feature. These are sufficient for skyping, but for usable photo or video recordings, these cameras are not recommended. I am also surprised by the many connection options. If you want to connect the tablet to an external monitor via HDMI, you will not have any problems with the X10.