Home » News » DOOGEE S60 - All information about the Outdoor Smartphone

DOOGEE S60 - All information about the Outdoor Smartphone 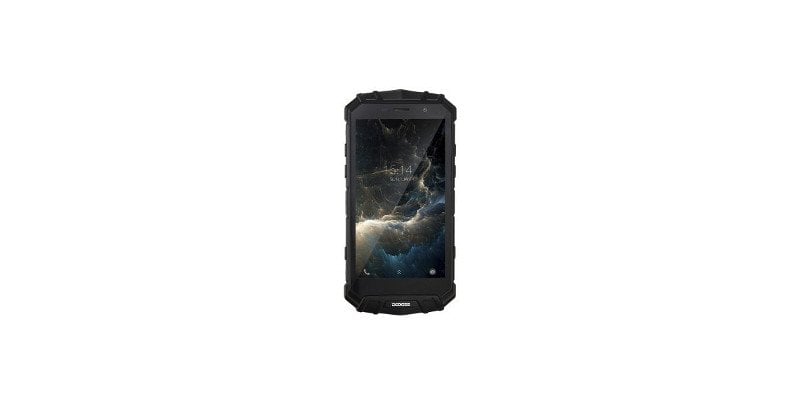 by Timo12. October 2017
With the DOOGEE S60, the Chinese smartphone manufacturer "DOOGEE" publishes its first real outdoor smartphone. The smartphone should score above all by a robust design with at the same time decent hardware equipment. All information about the smartphone for real men you can find summarized in this post.
Overview
Manufacturer/Model

The DOOGEE S60 is a so-called "Rugged Phone" from China. Who in this country after a rugged outdoor smartphone Looks around, he will usually be disappointed. On the one hand, outdoor smartphones serve a niche, which is why there are hardly any devices on the local market, while the few devices offer a miserable price / performance ratio. By contrast, many Chinese smartphone manufacturers now have a considerable range of outdoor-capable smartphones that can withstand a lot and are also equipped with up-to-date hardware. 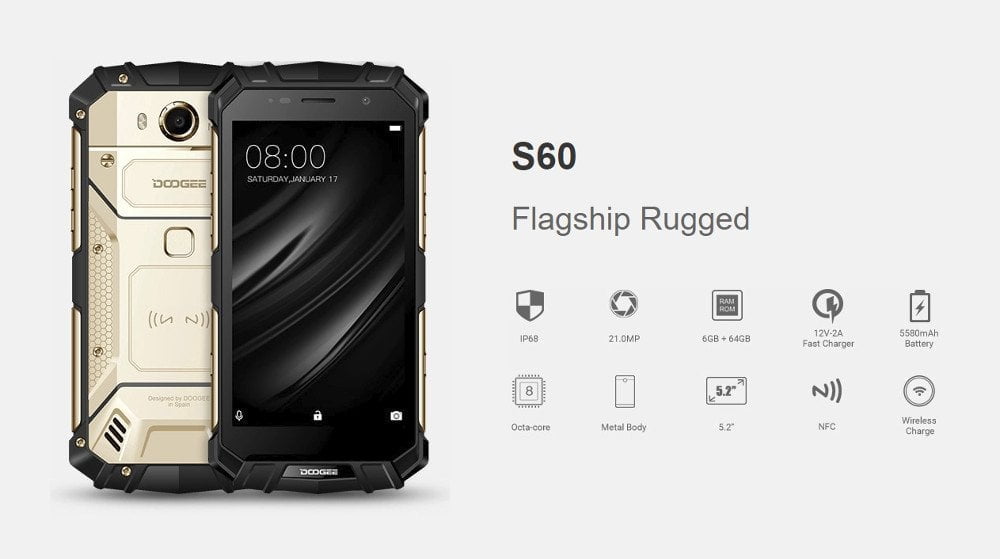 It's all about the design alone DOOGEE S60 a typical outdoor smartphone. The powerful one Enclosure consists of one Combination of plastic and metal, Especially the case edges are protected by a solid plastic jacket, which is arranged polygonal. After Degree of protection IP68 The smartphone is completely dustproof and even protected against submersion. The MicroUSB jack and the 3.5 mm audio output are protected by rubber covers. Physical control buttons the smartphone has a total of 3 per frame page. These are the typical power button and two volume buttons, as well as an SOS button, a PTT button, and a quick launch button for the camera. The housing dimensions be 164 x 81 x 15.5 mm at a Weight from 285 g, The smartphone is available in the colors black, gold and silver. 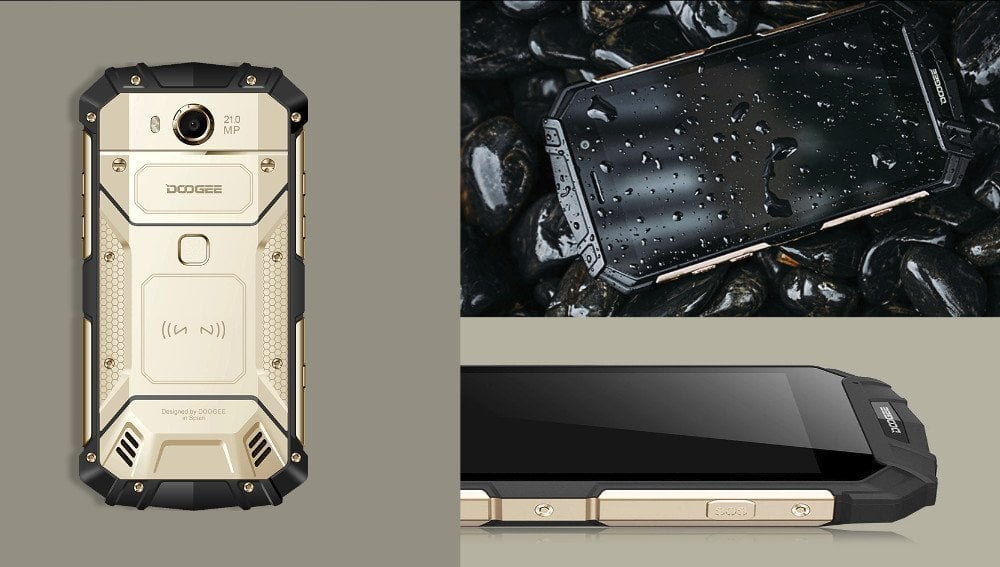 The display of the DOOGEE S60 has a Diagonal of 5.2 inches. The resolution of the IPS panels is 1920 1080 x pixels, which achieves a very high density of 424 PPI. Of the Touchscreen supports multitouch with maximally 5 simultaneous inputs. Corning Gorilla Glass 5 Protects the screen from scratches. A dirt-repellent coating on the display ensures that hardly any fingerprints remain on the display.

The core piece forms MediaTek Helio P25 System-on-Chip. This makes the DOOGEE S60 one of the current ones most powerful outdoor smartphones on the market. The Helio P25 consists of a total of 8 Cortex-A53 processor cores, These are in turn divided into 2 4 clusters, each with cores clocked at up to 2.5 1.4 GHz and GHz. This enables high performance with simultaneous energy efficiency. The storage equipment is impressive. The memory is divided into one 6GB large LPDDR4X memory and one 64GB large eMMC memory, An additional memory expansion by MicroSD memory card is possible. 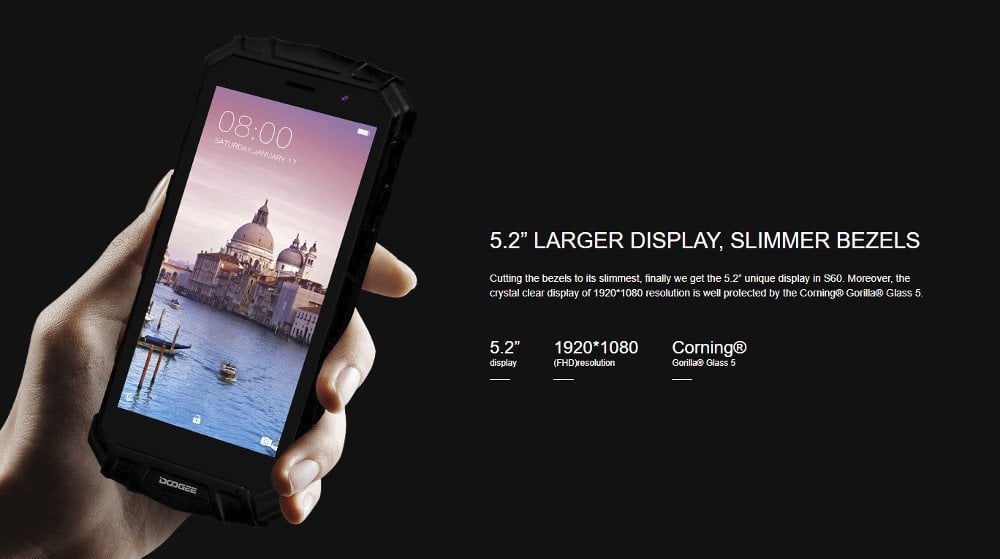 The back main camera uses one 21 megapixel Sony IMX230 image sensor, The iris indicates DOOGEE with F2.0. Most interesting is that the main camera has a optical image stabilization (OIS) which optimally stabilizes video as well as image recordings. Further features of the main camera are a PDAF (Phase Detection Autofocus) and a two-color LED flash. According to initial reviews, the main camera only captures video in 1080p, although the image processor of the Helio P25 supports 4K video recording. However, it is possible that DOOGEE will implement higher resolutions with future software updates. The front camera relies on an unspecified 8 megapixel image sensor with F.2.2 aperture and a 87 ° wide angle. 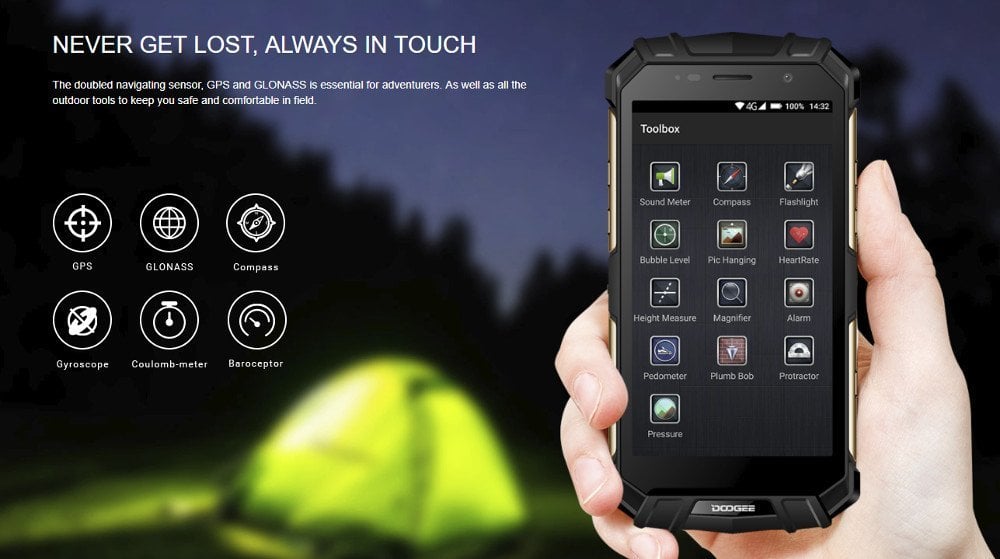 The Capacity of the battery coincides 5580 mAh lush. In combination with Android 7 and the rather frugal Helio P25 so a quite acceptable battery life should be achievable. To reduce loading times MediaTek's Fast Charge "Pump Express" supported. At the same time, the smartphone can be controlled via NFC charge wirelessly, In German mobile network The DOOGEE S60 copes well and supports all 2G, 3G as well as 4G frequency bands. Sensory is the smartphone with a proximity sensor, an accelerometer, a gyroscope, a brightness sensor, an e-compass, but also interesting sensors, like one Heart Rate Monitor, One Barometer, One Pedometer or a voltmeter equipped. NFC is as already mentioned available. GPS and GLONASS are supported for navigation. A circular one Fingerprint scanner for safe unlocking the smartphone is located on the back.

Based purely on the technical features, the DOOGEE S60 promises to be an outdoor smartphone with the hardware of a traditional midrange smartphone. Especially interesting is the sensory equipment, which leaves nothing to be desired. With Android 7 the DOOGEE outdoor smartphone is also equipped with a current Android. The extent to which the device receives an update to Android 8, will have to show. As soon as a test copy reaches us, the detailed test of the DOOGEE S60 follows!

Which frequency band supports the walkie talkie function and has CTCSS / DCS? Thank you!

Hello, the smartphone does not support short-range radio. The voice transmission can only be done over the mobile network or WiFi.