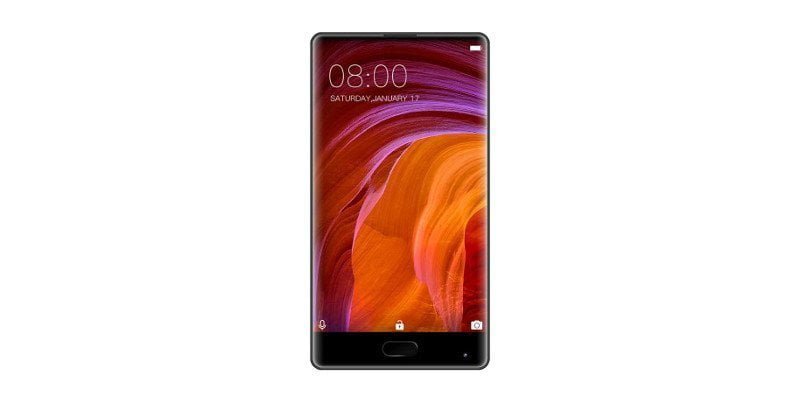 by Timo8th of June 2017
After we recently reported on the frameless UMIDIGI Crystal, 2017 will be released in June with the DOOGEE MIX, another smartphone of this kind. The price is particularly interesting, as it is below 200 €. What the smartphone has to offer, you will find out here!
Overview
Manufacturer/Model

And daily greets the bezel-less smartphone. Meanwhile, almost every China smartphone manufacturer has a smartphone in the design of the Xiaomi Mi Mix announced. However, the DOOGEE MIX will probably be the first available smartphone of this kind, according to the Xiaomi Mi Mix be. Of the Price from under 200 € Of course it also affects the equipment, which is why no flagship smartphone is to be expected. 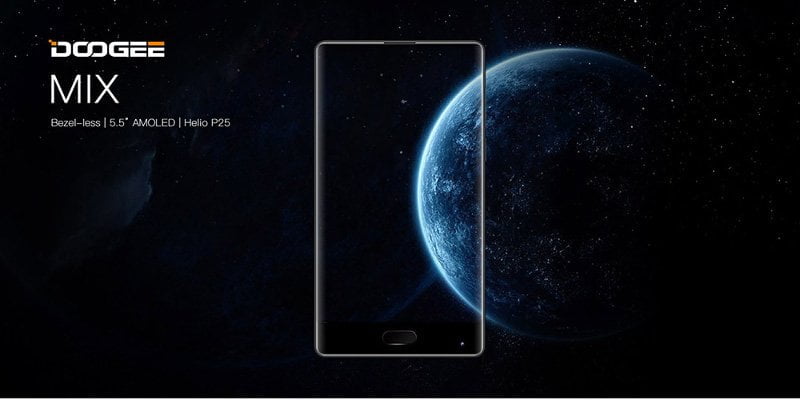 The smartphone was with a 5.5 inches AMOLED display announced, which apparently should dissolve in Full HD (1920 x 1080 pixels). Meanwhile, DOOGEE has secretly and completely removed the information about the display resolution and also the listings various online shops now speak of one HD resolution with 1280 x 720 pixels, Thus, the MIX comes to a Dot density of 267so that individual pixels will be recognizable on closer inspection. The frameless display is protected by Conrning Gorilla Glass 5.

As processor comes the beginning 2017 introduced MediaTek Helio P25 for use. This octa-core processor based on the Cortex A53 clocks with maximum 4 x 2.5 GHz and 4 x 1.6 GHz. In addition, the system-on-chip allows maximum memory of 6GB. The DOOGEE MIX is once in a Variant with 4GB memory and once with one 6GB large memory appear. The originally intended model with a 128GB large internal memory was like the smaller model on one 64GB large internal memory reduced. 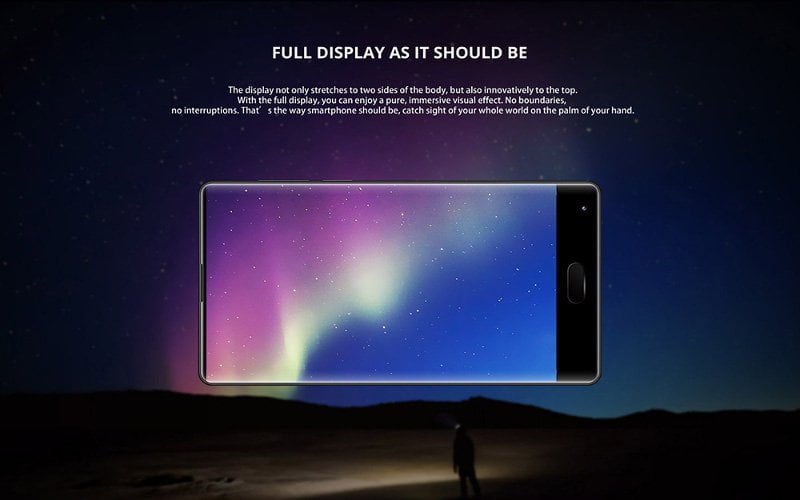 The DOOGEE MIX is with a back side 8MP + 16MP main camera Provided. The image sensors are of the type Samsung ISOCELL, wherein one of the sensors a RGB color sensor and the other one Monochrome sensor is. The MediaTek Helio P25 has been optimized for use with a dual camera system. A suitably adapted Image Signal Processor (ISP) enables 4K video recording and is able to calculate the bokeh effect and a color and mono noise reduction in real time on the software side. The front camera solve with 5 Megapixel on and allows shooting with a 86 degree wide angle. Information about the image sensor is missing. 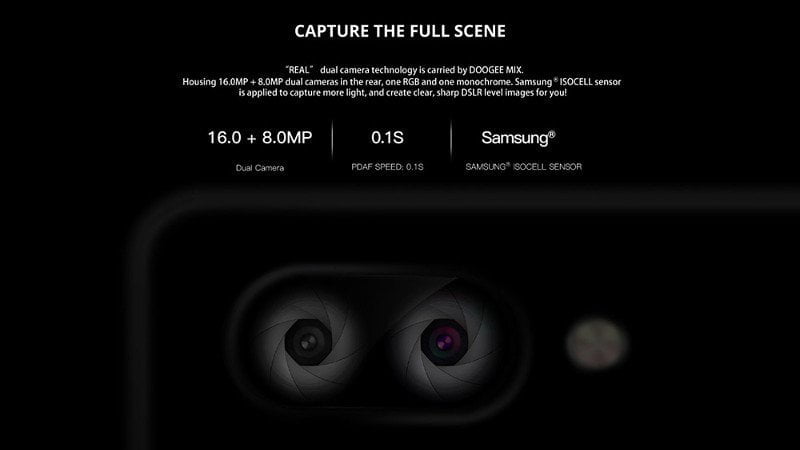 The usual in this country 2G, 3G and 4G Frequencies and bands are supported. Thus, the DOOGEE MIX can be used without restriction in the German mobile network. Im Wifi the smartphone understands that Protocols 802.11b / g / n, In addition, the smartphone Bluetooth 4.0 compatible. The physical connectivity amounts to one Micro USB socket and one 3.5 mm audio connection, Sensory is the MIX with a Ambient light sensor, One Proximity sensor, One gyroscope, One E-Compass and a Accelerometer fitted. About one located below the display Fingerprint scanner ("DTouch") the smartphone can be safely unlocked. To navigate GPS and GLONASS available.

DOOGEE packs the hardware of the MIX into one 14.40 x 7.62 x 0.80 cm great Unibody case, This makes the smartphone comparable to the size of a conventional 5 inch device. At the same time is due to the unibody housing the 3380 mAh big battery not changeable. Let's see the DOOGEE Mix in the colors "Dazzle Black", "Aurora Blue" and "Coral Blue".

You are also interested in other fast-rimless smartphones? Then take a look at our articles UMIDIGI Crystal, Bluboo S1, Maze Alpha or VKWorld Mix Plus !

DOOGEE S60 - All information about the Outdoor Smartphone
look at