by Timo19. May 2016
After the Cubot X17 follows the Cubot X17S, with which the Chinese Smartphone manufacturer Cubot continues its quite successful "X-Reihe". To what extent the S-variant of the smartphone differs from the conventional X17 and how it ultimately beats, you'll learn in this review of the Cubot X17S.
Overview
Manufacturer/Model

First impression of the Cubot X17S

The Cubot X17S is also supplied in Cubot's typical cardboard box, which in addition to the smartphone still contains a proper range of accessories. Included were a plastic protective cover, a glass screen protector including cleaning wipes, a SIM pin, a charger (5V, 1A), a USB data or charging cable and a multilingual user manual. 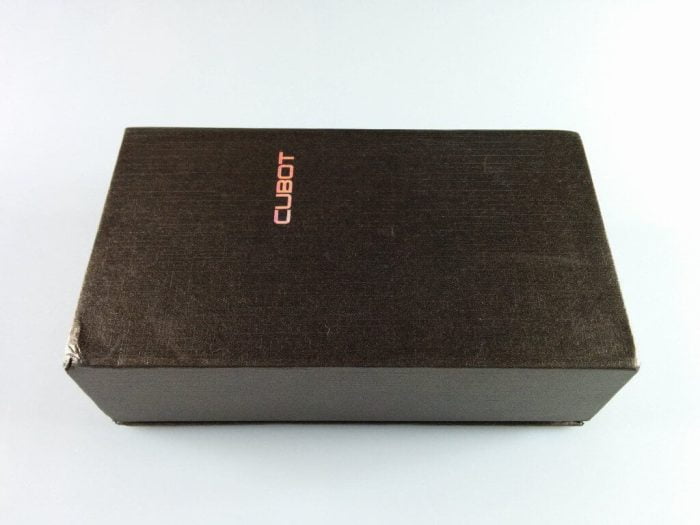 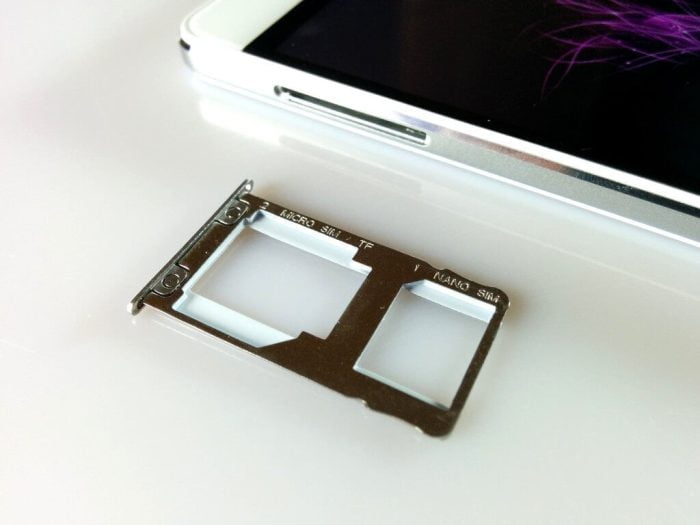 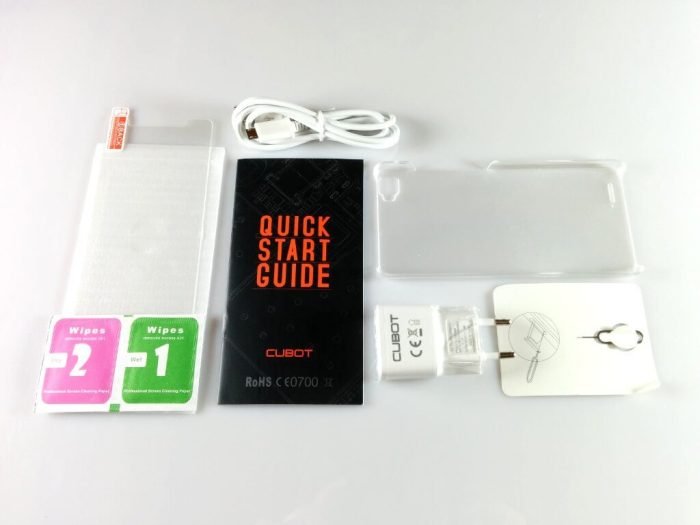 Front side, the X17S is not different from its predecessor. Below the 5 inch full HD display, there are still three unlit, capacitive buttons. Above the display hides a notification LED, next to it are the 8 megapixel front camera, the pinna and the proximity sensor.

The frame of the smartphone is made of aluminum. On the left side of the case is the Hybrid SIM slot, which can be filled with a Micro and a Nano SIM card. To use the memory expansion option must be dispensed with such a hybrid slot on the dual-SIM function. The second SIM slot serves alternatively the memory extension. On the right edge of the case are the volume rocker and the power button. In addition, the smartphone offers a micro USB socket and an 3.5mm audio output.

Decisive difference of the Cubot X17S to the conventional X17 is the back. Although it is still set to a non-removable unibody back, but this is the X17S glass and not like its predecessor made of aluminum. Also, the shape of the 16 megapixel camera has changed a bit. The square frame of the X17 camera shutter has been replaced by a simple frame. At the bottom of the back there is the quite small failing loudspeaker, which was in the same position on the X17.

My first, external impression of Cubot X17S is quite positive. The smartphone is high-quality processed and I personally find the glass back visually appealing than the predecessor. In addition, the device is much better in the hand. With the Cubot X17 I always had the feeling that the smartphone slips out of my hand every moment. 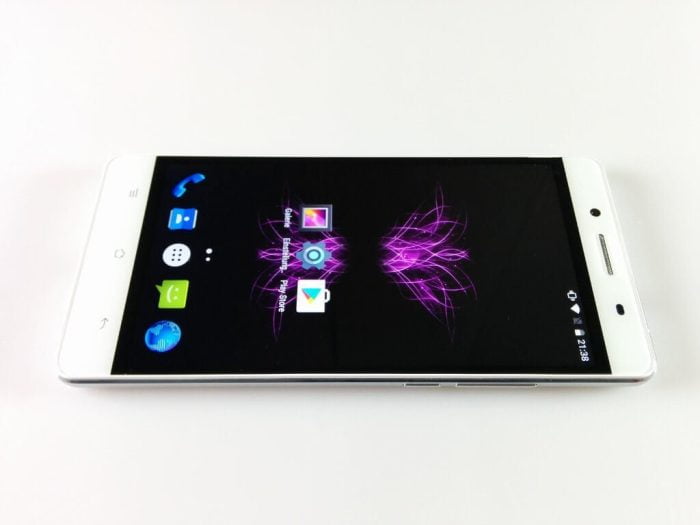 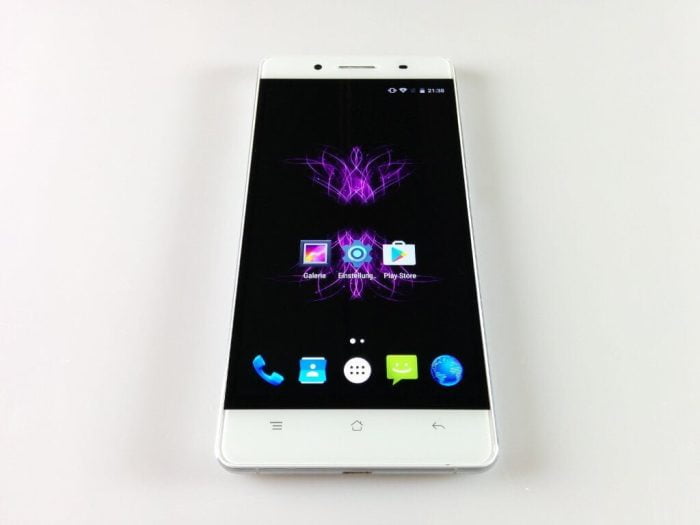 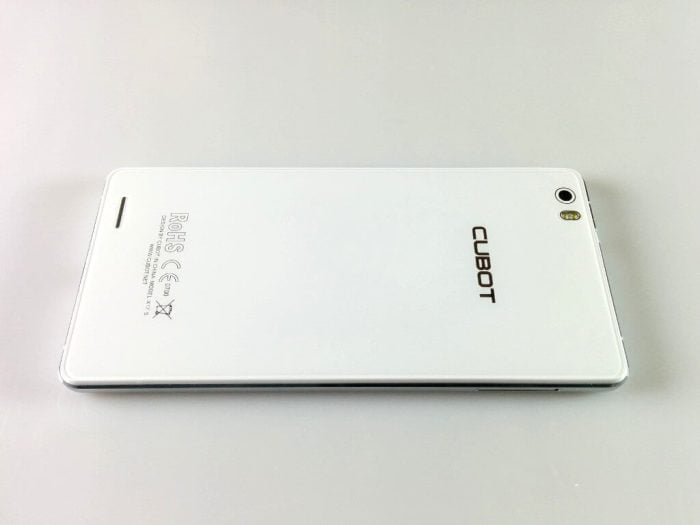 The Cubot X17S has a 5 inch full HD display with a resolution of 1920x1080 pixels. The display is manufactured by JDI (Japan Display Inc.), a joint venture between the Japanese companies Sony, Toshiba and Hitachi. The point density is 441 DPI. Individual pixels can hardly be seen with the naked eye.

Colors are displayed very strongly on the display of X17S. The color temperature is a bit cold, which produces a very nice white value. The viewing angle stability of the display is also very good. No matter how the smartphone tilts or rotates, the color fastness is retained and also fonts can be read even from a flat perspective. The maximum display brightness was also convincing in the course of the test. Even with stronger sunlight, the display remained legible.

If you would like to customize the appearance of the display later on, you have integrated "MiraVision" under the display settings. In addition to the saturation, the contrast and the brightness, the color temperature and the sharpness of the image can be corrected manually. Alternatively, one can choose between several predefined profiles. The touch screen of the Cubot X17S supports 5 finger multitouch. The accuracy of the touch screen is good and all inputs have been recognized cleanly. 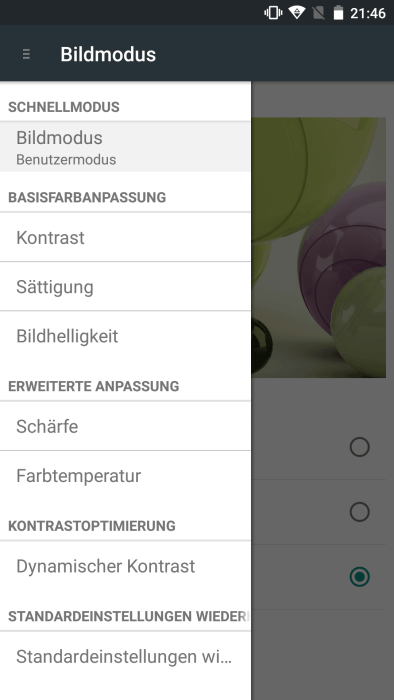 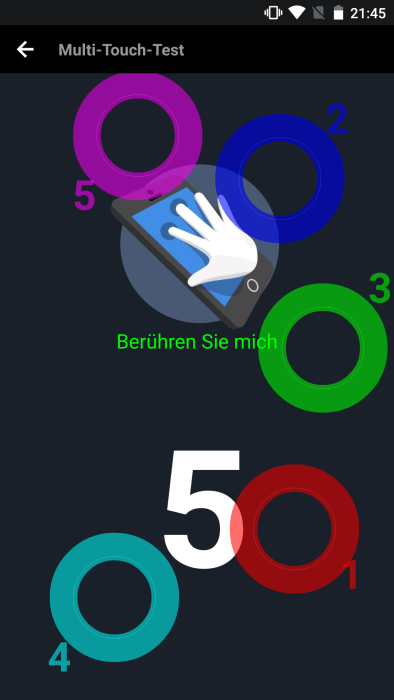 Regarding the processor Cubot has shown little ingenuity in the course of the X-series and installed on this smartphone, the already slightly older MediaTek MT6735A processor. This quad-core processor clocks at a maximum of 1.3GHz and is supported by a Mali T720 GPU. In addition, the device has 3GB RAM and 16GB internal memory, which can be expanded with a micro SD memory card.

In everyday life, the Cubot X17S was convincing with its high-performance operation. Apps can be opened quickly and multitasking is no problem for this smartphone. However, if you want to play powerful games on your smartphone, you will be slowed down by the older processor and the Mali T720 GPU included in the SoC. The game Asphalt 8 I could run smoothly with this smartphone after adjusting the graphic details. 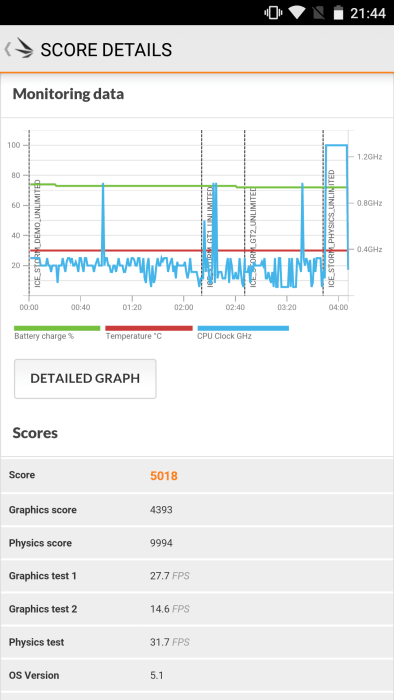 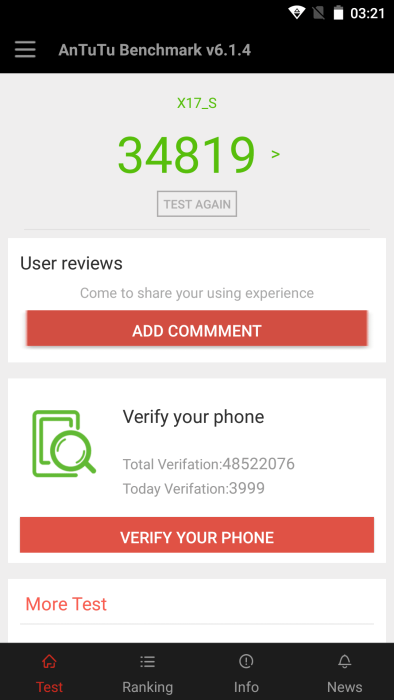 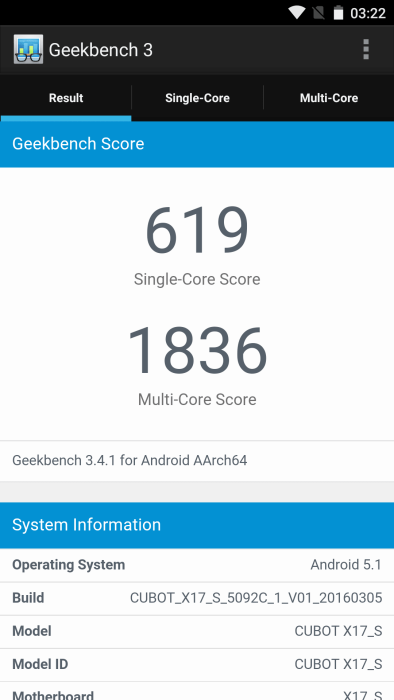 The Cubot X17S was delivered with Android 5.1. This is a largely clean Android, which is very strong on Stock Android. Nevertheless, some third-party apps have been preinstalled. In addition to the usual for Cubot smartphones "Cleaner App" by Cheetah Mobile, was also an app called "Ant Keyboard" and "Opera Mini" preinstalled. These apps can be uninstalled via the app management.

In the settings, the system has been extended by "HotKnot", for wireless data transfer between two devices, and a gesture control. Apart from so-called "off screen gestures", ie gestures with the display off, there are also "on screen gestures" and "air gestures".

Another useful feature is the overview of all open apps. This will also show the battery level, the temperature, the available memory and the output voltage. A small cleaning icon also lets you close all recently opened apps with one click.

A theme launcher is already on the Cubot X17S by default. Here you can choose between six different styles.

Updates will receive the smartphone "OTA" (Over The Air). The fact that X17S will run Android 6 at some point is extremely unlikely. 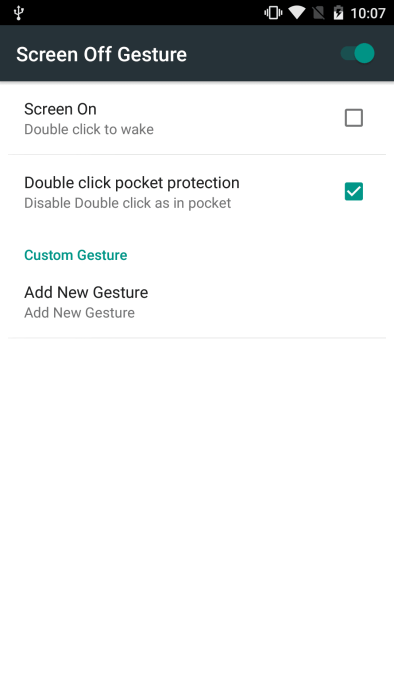 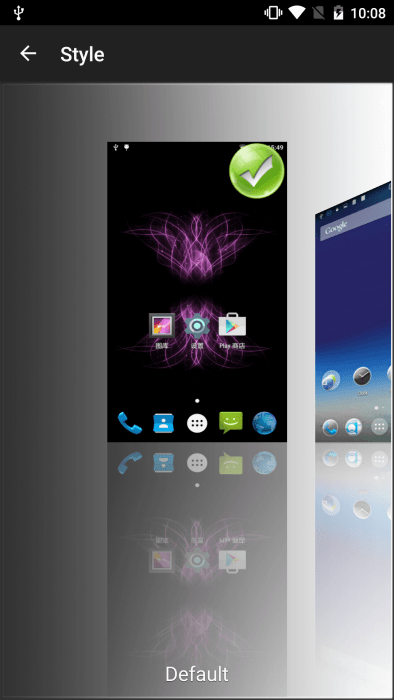 In addition to autofocus, the main camera also has a dual LED flash. The f-number of both cameras is f / 2.2. The Camera app is the default MediaTek Camera app that has been slightly modified.

The pictures taken with the main camera are characterized by strong colors and many details. Image noise is hardly noticeable under good lighting conditions. In poor lighting conditions, however, a slight image noise can be seen. The speed of the autofocus and the shutter speed are good on average. 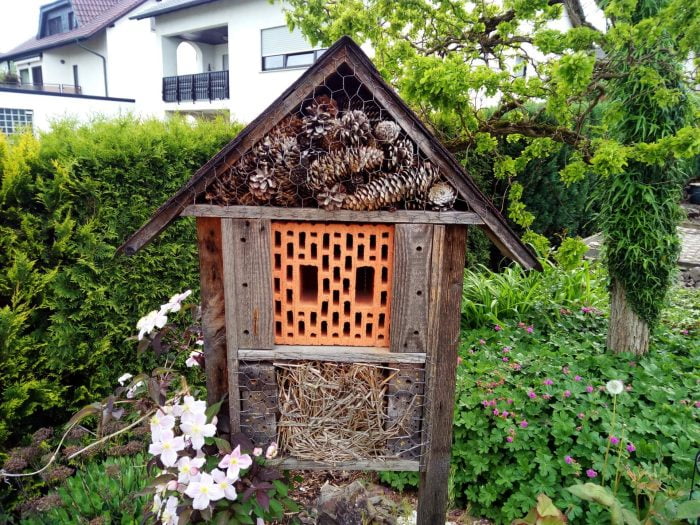 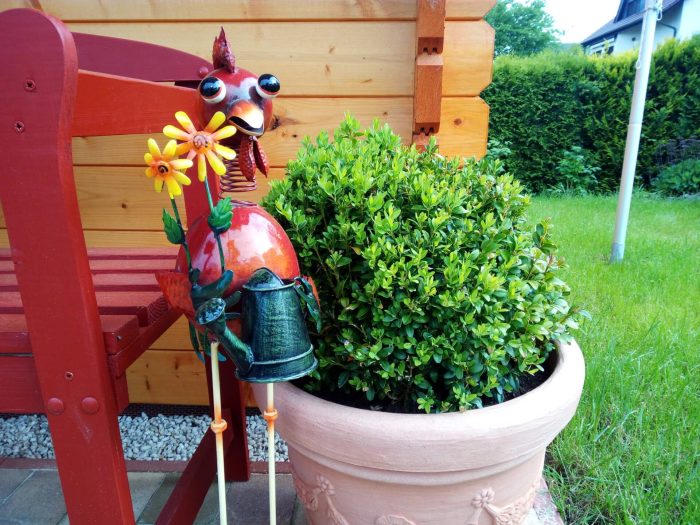 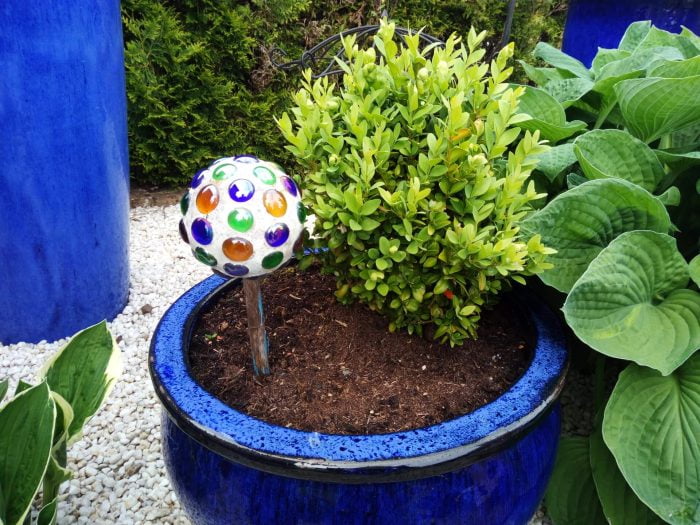 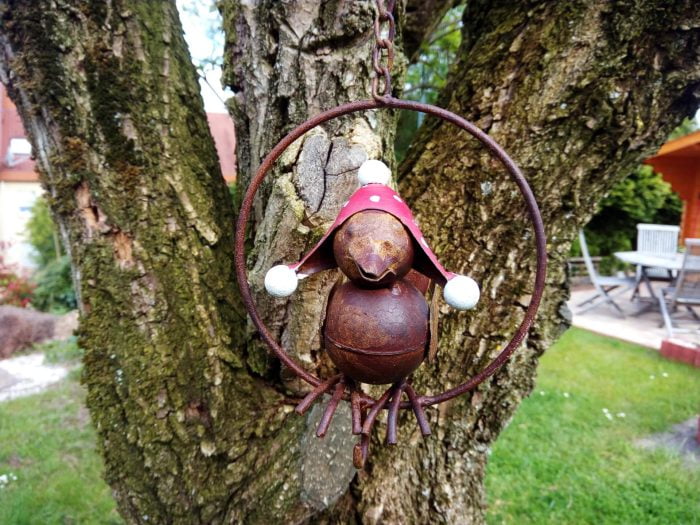 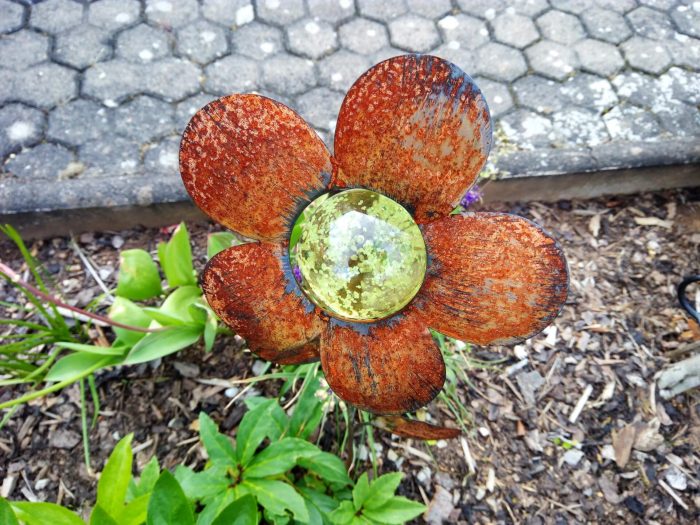 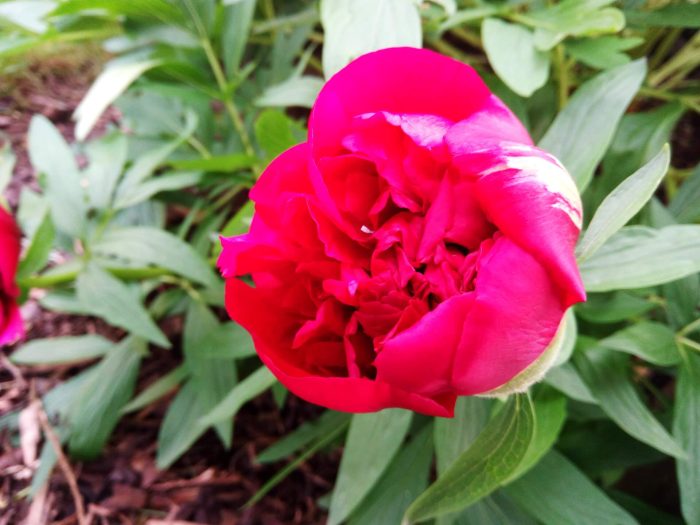 The Cubot X17S supports all standard network standards. LTE is also possible with this smartphone and the LTE band 20, which is widespread in Germany, is also supported. The voice quality was convincing in the test. Both my interlocutor could understand me clearly, as well as I could understand him both about the pinna, but also about the speakerphone, well.

The WiFi of the Cubot X17S is limited to the 2.4GHz network. Dual Band is not supported. The connection was always stable and the range good.

Even with the use of a Bluetooth speaker and a Bluetooth handsfree I have encountered no problems. The transmission was consistently constant.

Navigating is quite good with the Cubot X17S. The GPS fix was found within a few seconds and the positioning was accurate to 2 meters. For the sensors, I clearly miss the gyroscope. Here, the manufacturer has only installed an acceleration sensor, a proximity sensor and a brightness sensor.

The battery of the Cubot X17S with a capacity of 2.500mAh is not one of the biggest and not the strongest. After a day of conventional usage, I still had about 30% of capacity available, but I had to charge my smartphone immediately the next morning. Over night, the smartphone has lost about 12% of capacity. In direct comparison with its predecessor, the consumption has improved only minimally. A complete charge lasted about 2 hours with a fast charger.

The Cubot X17S does not offer any hardware updates to its predecessor. Only the design of the back has been adapted to that of the Cubot X16, making the X17S a mix of X17 and X16. In the test, especially the display of the smartphone convinced me. Despite the older processor, the device is extremely performant. Both the main camera and the front camera provide clean and detailed picture and video recordings. The biggest criticism of the smartphone, however, remains the weak battery.

I have the cellphone. All goes well, but the GPS is a disaster. Have as good as no reception - in the open air after endless waiting, then every now and then a signal. But that's not enough to navigate.
Had already reset the phone to factory settings, but has brought nothing synonymous.

Does anyone have any idea what you can do? Someone the same problem?

how can you install the SD card in the part? I am still in despair. Have Nano SIM inside but how does the Erwietrung in the second SIM slot. Help

Hello Kenan, here is a picture of how to insert the SD card correctly. 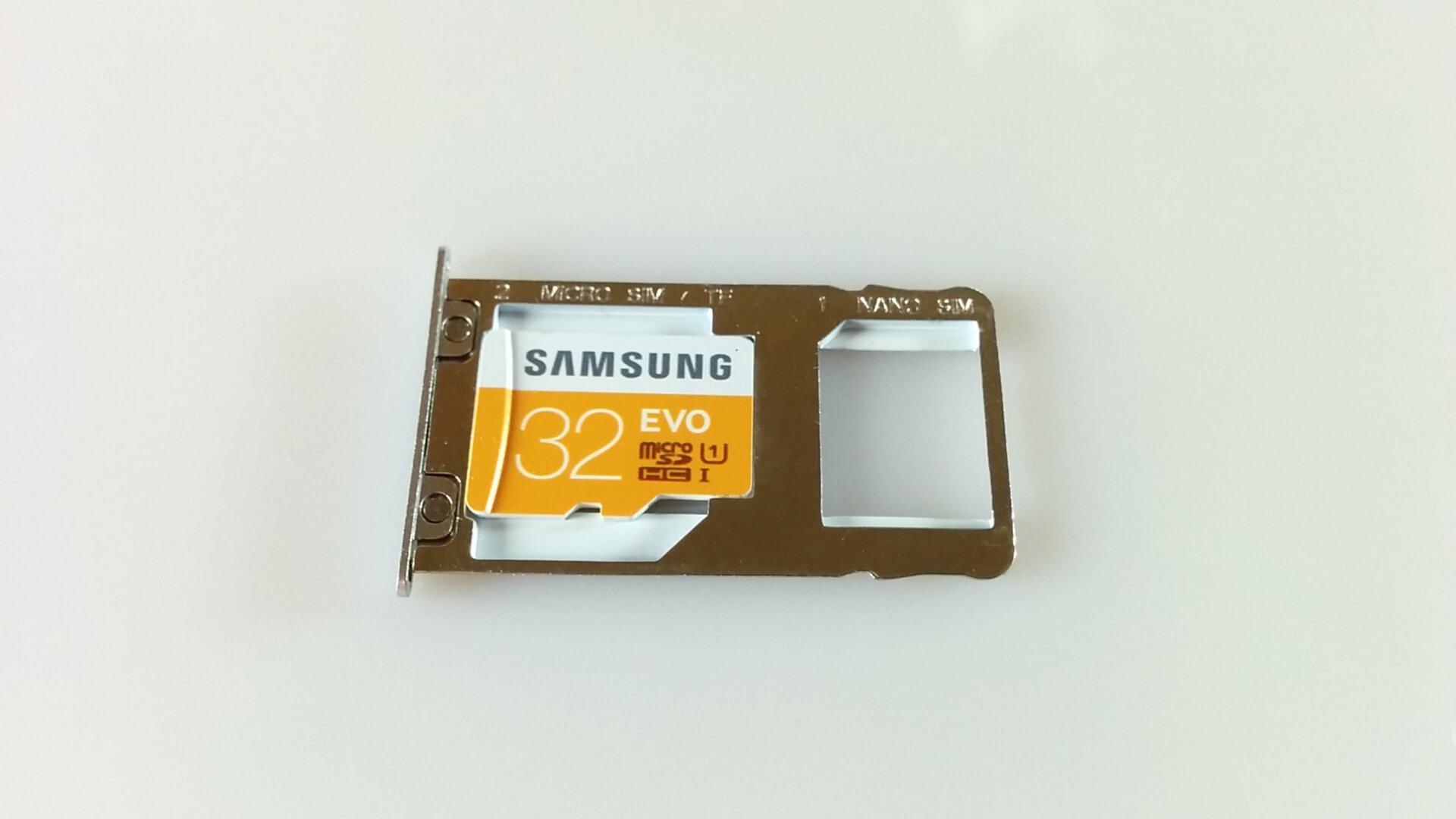 Hello, I need help. Apps, etc. Do not land on the SD card, although I have set it as the first location. Is that possible somehow? Otherwise fit me too few apps on it ...

Hi Nicole, there is the app "Link2SD" with which you can move all apps to the memory card. Even system apps can be transferred with it. Your smartphone must be rooted, however, and the memory card must have two partitions in the file format ext2, ext3, ext4 or f2fs.

Hi, would like to know if you also have problems with Cubot.de. In April I bought the X17 via ebay at cubot.de. First I was very satisfied but after not even 3 months the X17 sporadically discharged very quickly or could not be loaded anymore. Repair then took over 6 weeks and back came a vermacktes and fairly worn replacement. Moreover, the whole disappeared with sent in accessories. I complained and wanted my money back. Cubot.de has not agreed to this and offered only repair after submitting the replacement. After 3 weeks, I asked how the repair is and have received the answer that the device has already been sent back to me. On questions when the replacement was sent and whether there is a shipment tracking I have received no response. Does any of you have similar bad experiences with Cubot or... Continue reading "