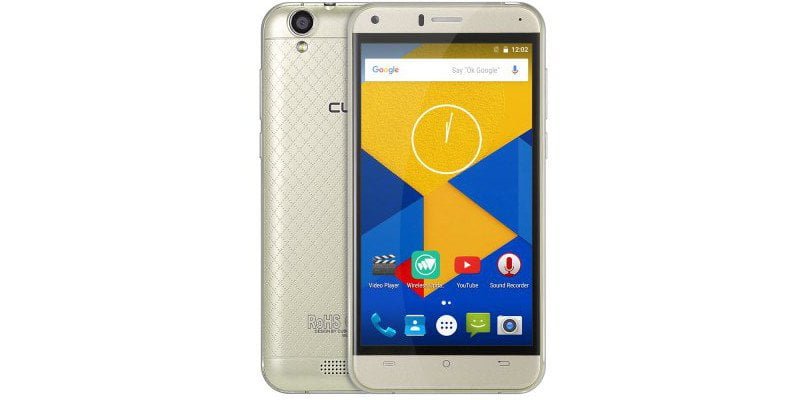 Cubot is constantly releasing new smartphones. The Cubot Manito 2016 was released at the end of September and belongs to the low price segment. For just once 100 € the new Cubot smartphone offers an unchanged Android 6.0 Marshmallow and 4G LTE support and Dual SIM function, So far, there are no reviews of this low budget smartphone on the net, so we took a closer look at the device based on the data presented by the manufacturer.

Away from the phablet, to the compact 5 inch smartphone. In July 2016 Cubot has released the 6 inch phablet "Max", which, however, was less successful in this country. The Cubot Manito, on the other hand, is said to have a compact design 5 inch screen diagonal conquer the local market. The so-called "2.5D Curved Glass" ensures a rounded completion of the display edge. Of course, with a cheap smartphone under 100 € no Full HD panel is to be expected, which is why the IPS display of Cubot Manito "only" in HD (1280 × 720) dissolves. A full HD resolution display is hardly necessary with an 5 inch device, as individual pixels are barely recognizable, even on close inspection. The dot density of the display is 294PPI. The contrast ratio specifies Cubot with 1.300: 1 and the luminance 450 should be cd / m². 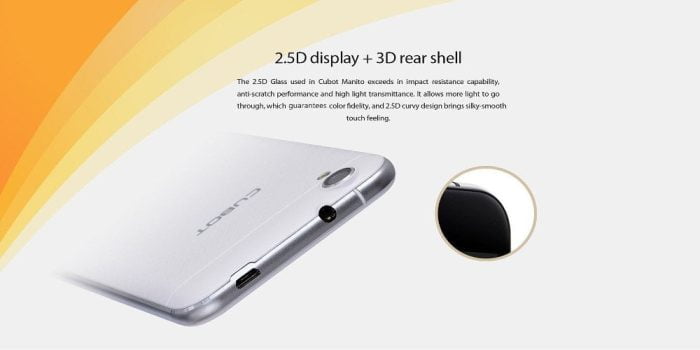 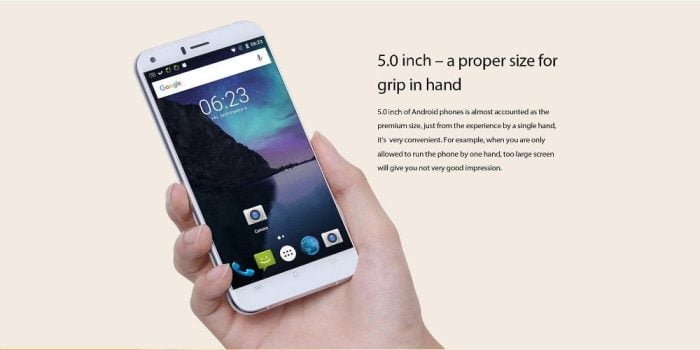 Cubot is best known for mostly older MediaTek processors. The manufacturer of the new Helio series is far from arrived, which is why the Cubot Manito a comparatively weak 64bit MediaTek MTK6737 processor has blocked. The maximum clock rate of the Quad-core SoCs is 1.3GHz. The graphics unit is one Mali-T720 MP2 GPU, which is mainly suitable for less demanding games. With RAM 3GB The new Cubot smartphone is relatively lavishly equipped, especially in the low-price segment. Of the internal memory measures 16GB and is with an additional Micro SD memory card expandable by a maximum of further 256GB. 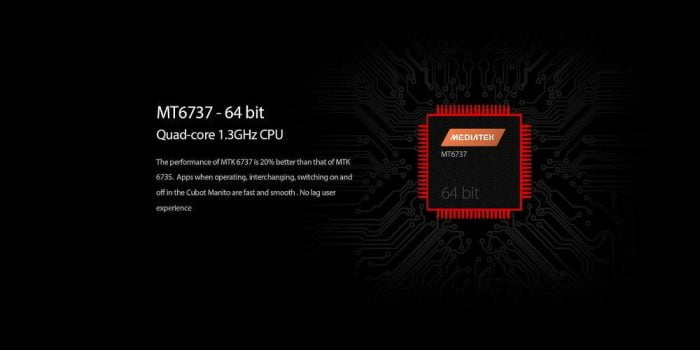 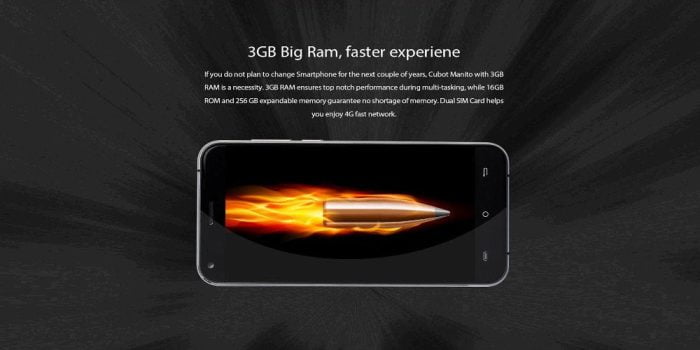 The main camera the Cubot Manito uses one Samsung image sensor, the one with 8 Megapixel dissolves. The exact name of the image sensor is not known. Pictures can be taken with maximum 13 megapixels (interpolated) to be shot. Videos record the smartphone in Full HD. On Autofocus is present, as well as located on the back 0.5A single LED flash. front camera solve with 5 Megapixel on. Information about the image sensor is missing. 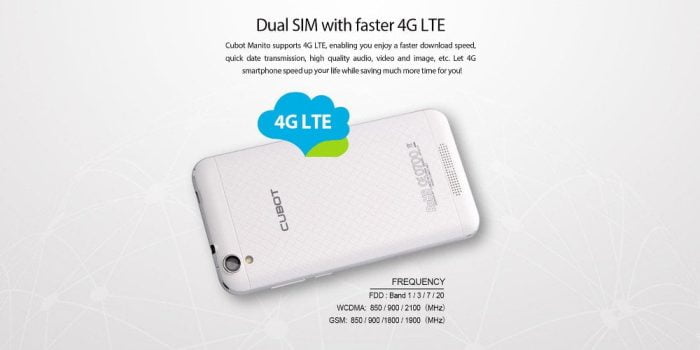 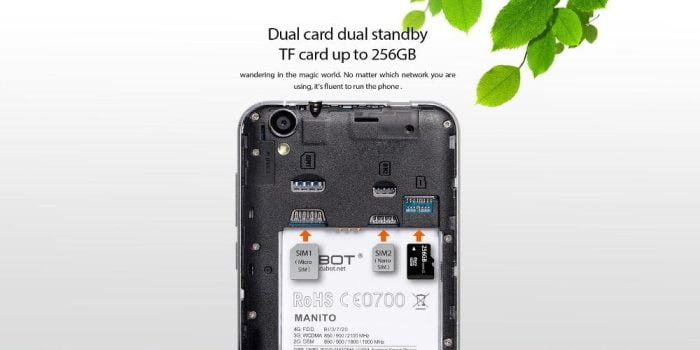 The battery has a capacity of 2.350mAh and therefore comparatively small. However, the built-in processor is not a "battery charger", so you should survive with this smartphone at least a day well.

Besides 2G and 3G, 4G LTE is also supported. All in this country usual LTE tapes are present. The dual SIM slot is not a "hybrid slot", so the dual SIM function (Micro + Nano SIM) as well as the memory expansion can be used separately. Above the display there is an additional notification LED. Bluetooth 4.0, OTG and WiFi are also on board, as well as GPS and A-GPS are supported. Other sensors include a G-sensor, a proximity sensor, a brightness sensor and an acceleration sensor.