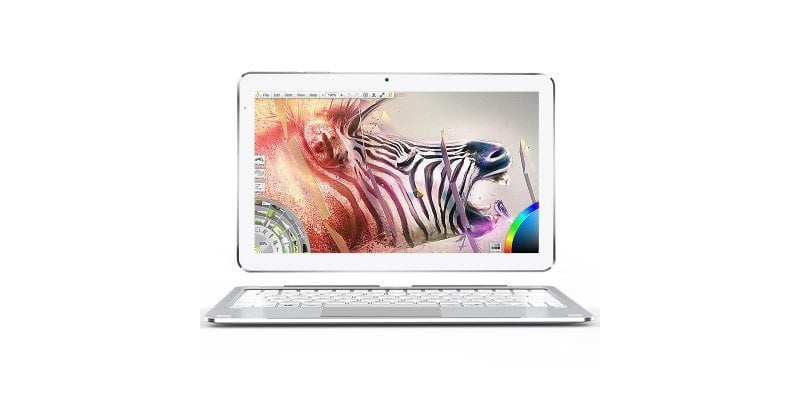 by Timo3. January
In late August 2016, Intel has the 7. Processor generation "Kaby Lake" announced. In December, the ALLDOCUBE Mix Plus became one of the first China tablets with an Intel Core M3-7Y30 processor, which will also be the successor to the Cube i7 Book. If the new ALLDOCUBE Tablet meets the success of its predecessor, you will learn in this post.
Overview
Manufacturer/Model 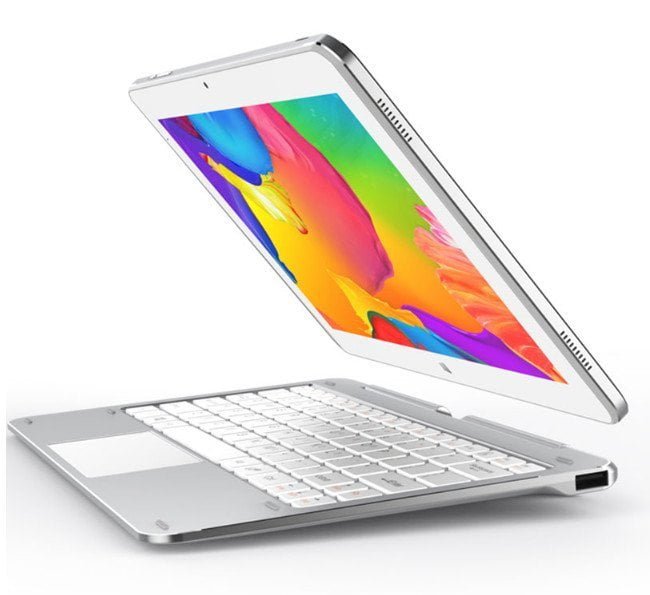 Full speed ahead with the Core M3-7Y30

The heart of the ALLDOCUBE Mix Plus is the new Intel Core M3-7Y30 processor, which clocks in basic clock with 1.0GHz and in the Turbo reaches full 2.6GHz. In direct comparison to the Core M3-6Y30, which has already appeared 2015 and in the Cube i7 Book Although the newer Kaby Lake processor also uses the 14nm processor technology, it offers a higher clock speed both in the basic clock and in the turbo. In the basic cycle, the core M3-7Y30 is faster by 100 MHz, in the Turbo even by 400 MHz. There are also some changes in the processor graphics. Probably the biggest improvement is that H.265 / HEVC and VP9 decoding at the hardware level. The processor graphics also receive a minimal increase in performance due to slightly higher clock rates. Of course, Intel also has the 7. Processor generation screwed on the efficiency and this slightly increased.

Nothing new on the display

Like its predecessor, the ALLDOCUBE uses Mix Plus Full HD IPS display with a diagonal of 10.6 inch, In the year 2017 a resolution of 1920 x 1080 pixels with an aspect ratio of 16: 9 is no longer up-to-date, but it should be kept in mind that a UHD display is also at the expense of performance. Precision work with a Sytlus is also possible. This is the tablet Wacom Stylus compatible. Presumably ALLDOCUBE uses the identical Samsung display, which was already used on the predecessor as well as on the Microsoft Surface 2 Pro.

From the store to the camera

The memory of the ALLDOCUBE Mix Plus amounts to 4GB Memory (LPDDR3-1866) and 128GB large M.2 SSD as internal memory. If the 128GB large internal memory is too small, you can expand it with a micro SD memory card. There is no extension possibility by another M.2 SSD, however the SSD can be exchanged. The memory is not interchangeable!

The front camera of the tablet resolves with 2 megapixels. The main camera achieves a maximum resolution of 5 megapixels and also offers autofocus. These are probably the same image sensors that were used in the predecessor model. An outstanding photo and video quality is not expected. At least both cameras are likely to be suitable for video telephony. 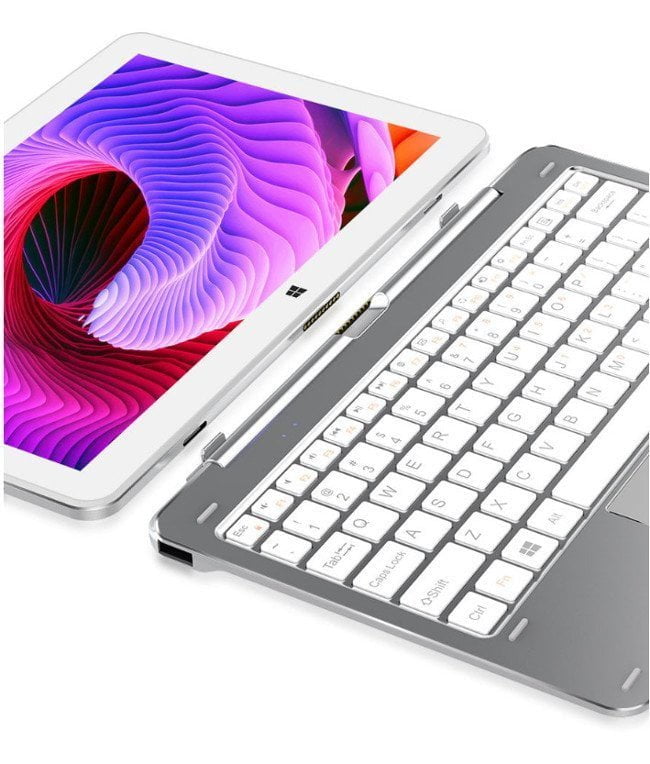 The case of the ALLDOCUBE Mix Plus is very similar to the case of the Cube i7 Book. Except for the color, nothing has changed. Instead of a metallic blue, the new ALLDOCUBE tablet now appears in the brushed aluminum look, The connection possibilities continue to amount to one USB Type-C female, a Micro-USB 3.0 jack, a 3.5mm headphone jack and a 12V DC jack. If you want to connect the tablet with another screen, you can connect it with a suitable adapter via the USB Type-C socket. Also unchanged is the arrangement of the two speakers, which are housed on the right side of the housing.

For wireless data transfer is the tablet with a Dual-band WiFi Module equipped by Intel. Furthermore stands also Bluetooth 4.0 available for wireless transmission. The capacity of the battery is 4.300mAh. The battery can be charged via the 12V DC socket or via the USB Type-C socket. OTG is supported. A G-sensor is available.

High-quality and powerful China tablets with Windows 10 as the operating system are usually in vain. Often, these tablets rely on a conventional Intel Atom processor and can not convince, especially in terms of performance. ALLDOCUBE is one of the few Chinese manufacturers to rely on the Intel Skylake and now Kaby-Lake microarchitecture. With the Intel Core M3-7Y30 processor, the MIX Plus is an interesting upgrade to its predecessor, although some design changes as well as a larger memory would have been desirable. The price of the ALLDOCUBE Mix Plus is about 360 € and is therefore only marginally more expensive than its predecessor.

Looks nice. I'm looking forward to the performance of the processor. A bigger RAM would have been better, but 4GB is enough too. Will you test it soon?

Whether I will test it, I do not know yet. If yes, then of course the review follows at this point! I suspect the processor will be about 20% faster.

Thanks for the coupon. Worked! I'll call you again as soon as I have the tablet.

May I help you :). I'm curious what you report about it.