The GeForce GTX 1050er series is the current one Cheapest entry to Nvidia's Pascal architecture, The GTX 1050 Ti is a slightly more expensive version of the GTX 1050 appeared, which in addition to a twice as large video memory and a uncut GP107 graphics chip has. Unlike the clipped GP107-300 with 640 shader units, the GP107-400 offers whole 768 shader units. 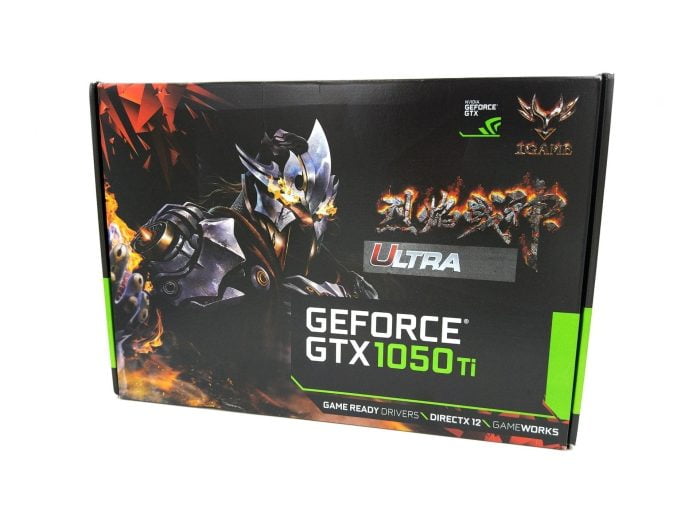 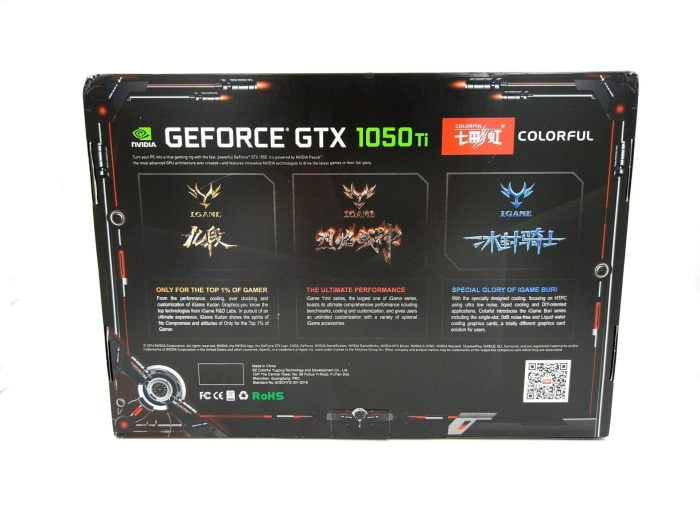 The one we tested Colorful GTX 1050 Ti iGame U with dimensions of 24.6 x 12.4 x 4.2 cm is with one "Blaze Duo" heat sink equipped, over two 90 mm fans is supplied with fresh air. For power supply, the card has an additional 6-Pol power connectorso that nothing stands in the way of overclocking. The connection possibilities amount to one HDMI 2.0b socket, one DisplayPort 1.4 connection, as DVI-I dual link connector. 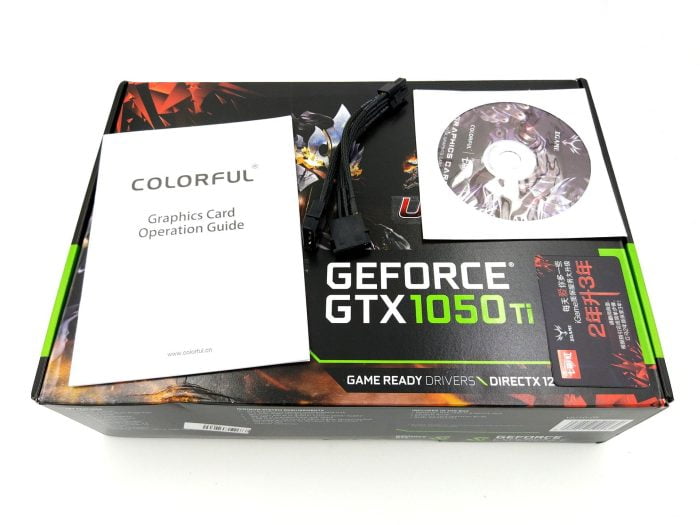 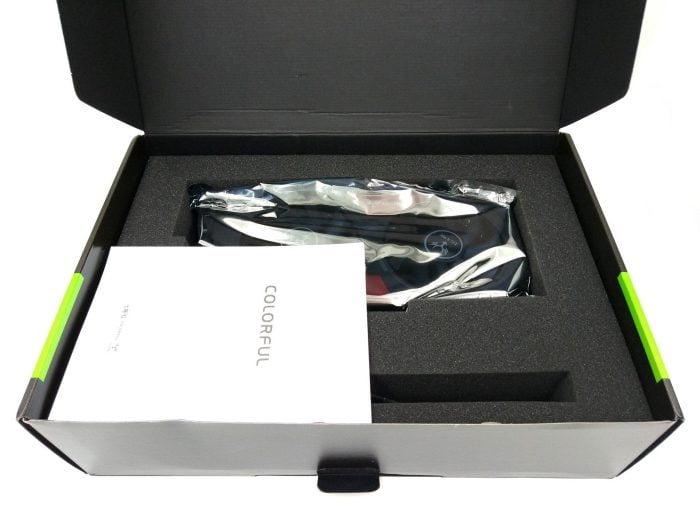 The clock rates are in the Basic clock at 1.290 MHz and in Boost at 1.392 MHz, One feature of the Colorful Graphics Card is the "OC button", which is located next to the connection possibilities. If you press these, the graphics card will be overclocked automatically. In the basic cycle the GTX 1050 Ti then runs with 1.380 MHz and in boost with 1.493 MHz. The memory clock of the 4GB GDDR5 video memory Remains effective 7.000 MHz. 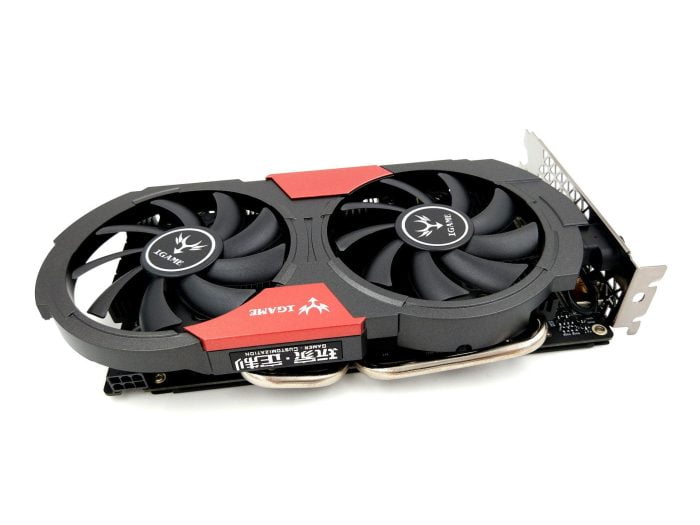 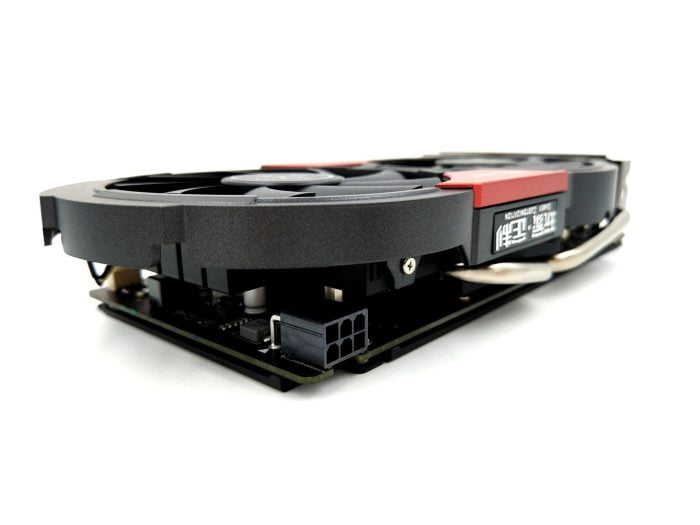 The test system is with a Gigabyte EX58-UD5 motherboard, One Intel Core i7 920 @4GHz and 20GB memory fitted. It was tested in several runs with Default, OC and High OC clock rates. The resolution was 1920 x 1080 pixels. The texture settings have been left at the default (high). 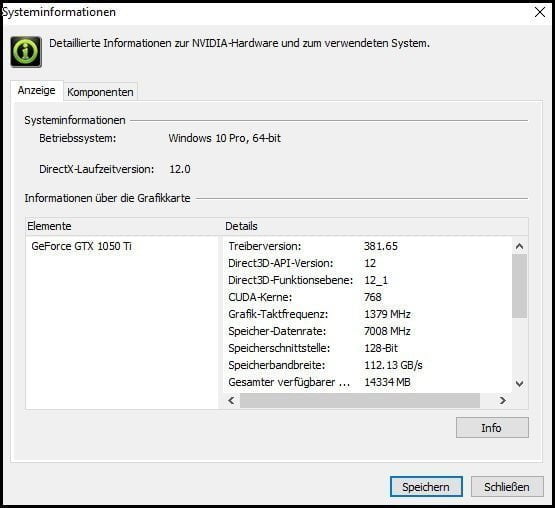 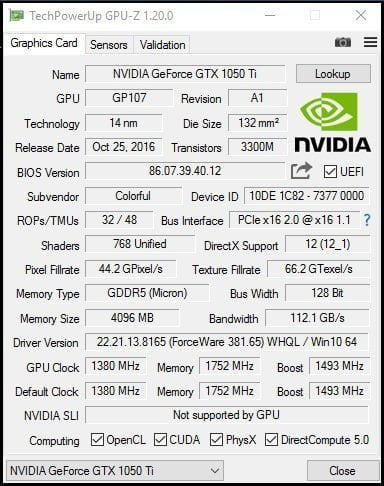 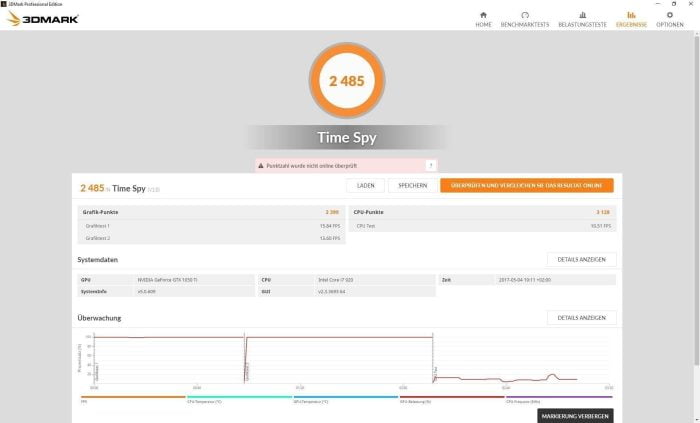 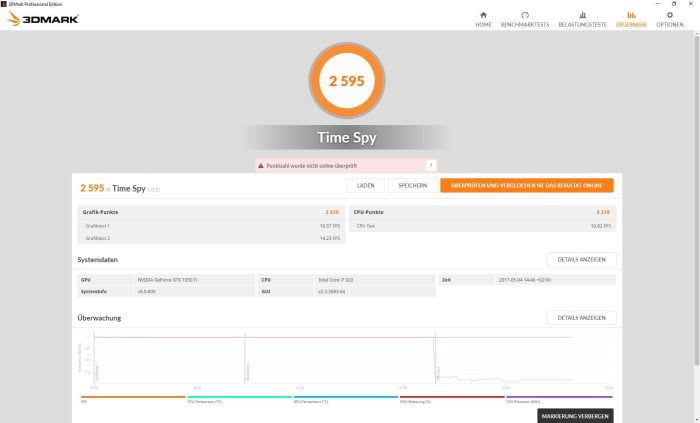 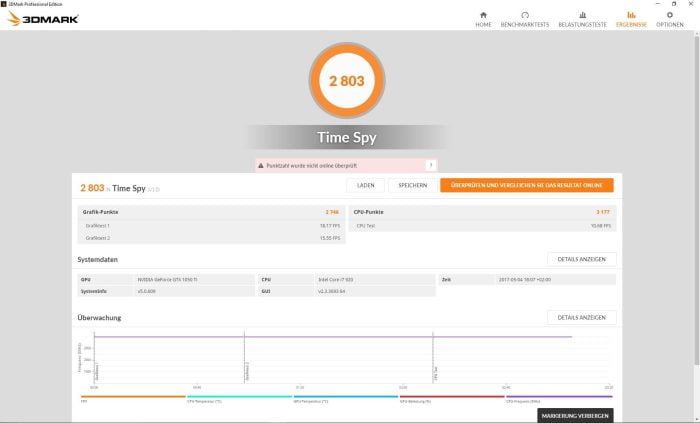 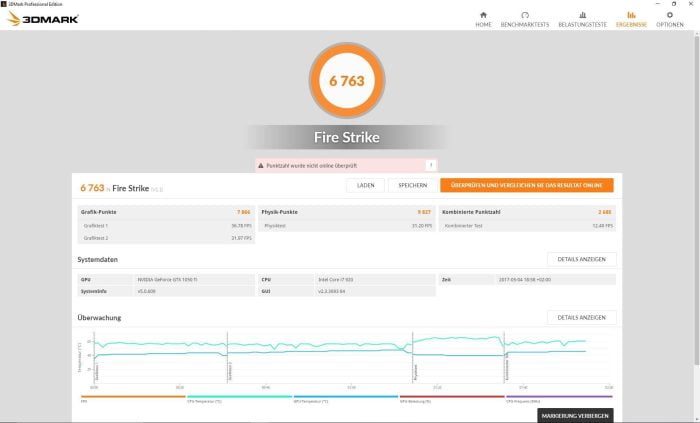 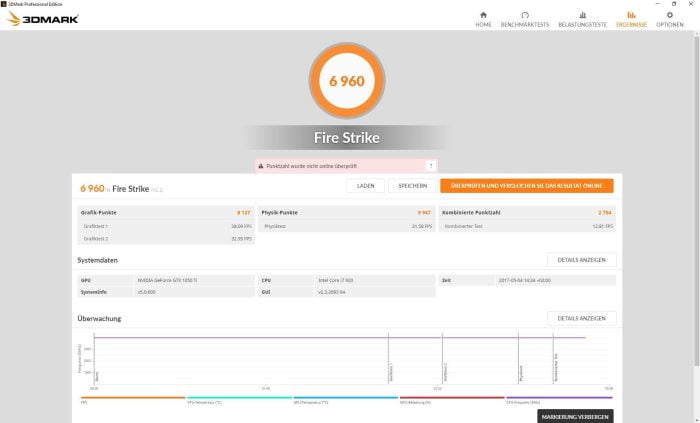 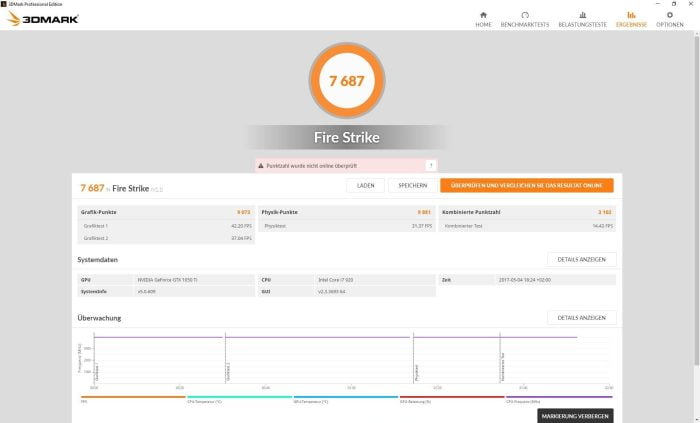 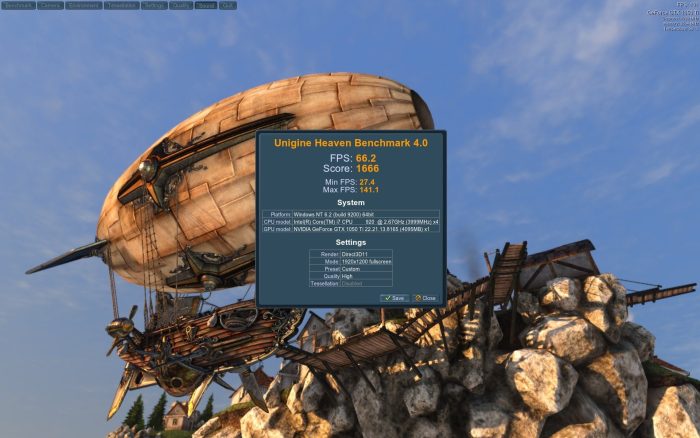 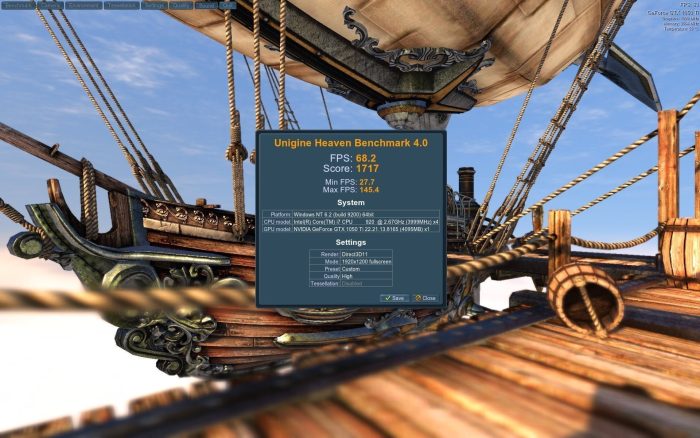 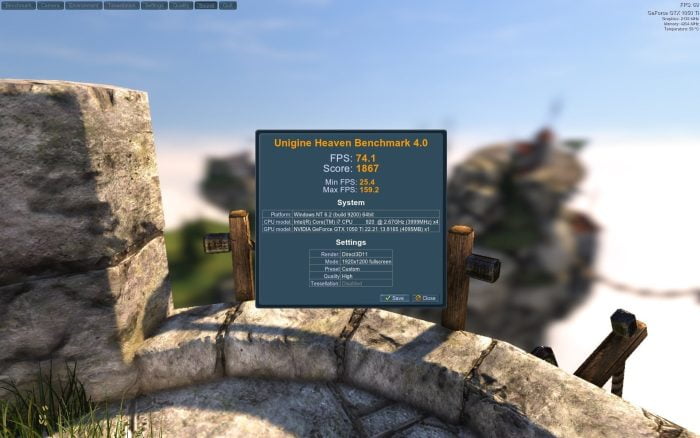 The Colorful GTX 1050 Ti iGame U was tested in the games Battlefield 1, Witcher 3 and GTA V, The resolution was up in all games 1920 1080 x pixels set. The clock rate of the graphics card was set to the OC clock of the manufacturer.

In Battlefield 1 (DX11), the average FPS number with high details was consistently at 58 FPS. Even on Ultra, the FPS went down only slightly, averaging 53 FPS. Only with effective scenes were smaller picture breaks below the 45 FPS detectable.

Witcher 3 achieved average 46 FPS with high detail. Nvidia's HairWorks was switched off. On Ultra settings, the FPS fell significantly and were only at average 38 FPS. The lowest value measured was 31 FPS.

The GTA V game is not a hurdle for the Colorful GTX 1050 Ti. High details are consistently achieved via 70 FPS. With Ultra settings, the average FPS was 64 FPS. The low point was 42 FPS. 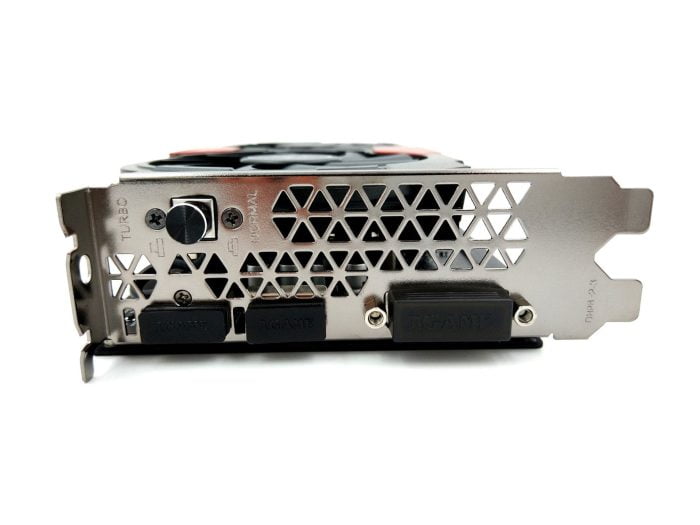 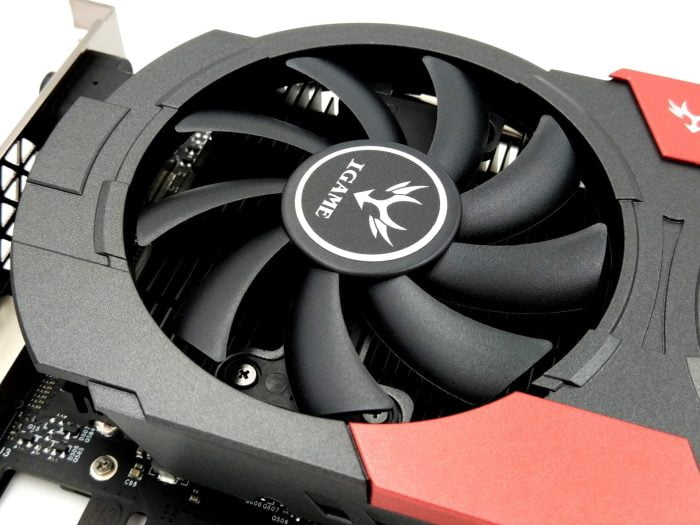 To measure the fan volume is probably the hardest part, as long as you do not have a soundproof test environment at hand. The volume test, therefore, I have subjectively according to my own feelings and with the help of a dB meter carried out. The measuring distance was 50 cm, the housing was closed. Under normal everyday conditions, ie normal desktop work, the Colorful GTX 1050 Ti is imperceptible. With measured 29 dB It was so quiet in the test environment that you do not even notice that a PC is running. The fan speed in idle was consistently at 22%.

Even at full load of graphics card I only could 32 dB Measure and a slight humming in the background was audible. The fan speed was under full load at 45%. 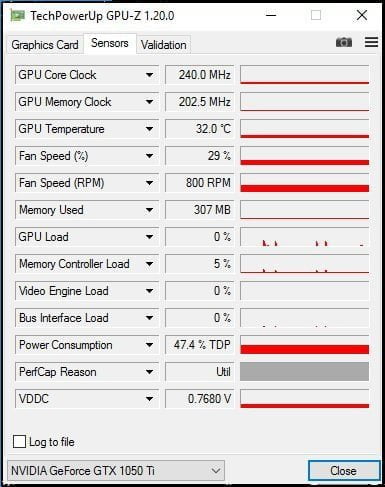 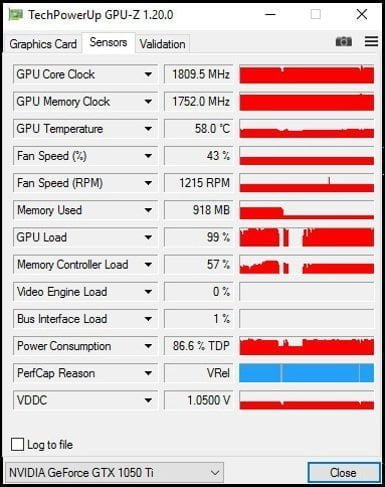 The GTX 1050 Ti is one of the current most economical graphics cards on the market. Nvidia herself gives one "Thermal Design Power" (TDP) by 75 Watt at. The power consumption of the Colorful GTX 1050 Ti I have determined based on the power consumption of the entire test system. in the Idle the graphics card is particularly economical and consumes about 8 Watt, Depending on the benchmark or game values ​​were between 65 and 73 watts reached.

Although the GTX 1050 Ti by Colorful already runs by default with a higher clock rate, the graphics card still offers significantly higher overclocking potential, In the test, the basic cycle was easy stable 1.530 MHz increase. in the Boost achieved the graphics card by whopping 1.643 MHz, Also the memory clock settled on more 700 MHz effective 8.408 MHz increase. 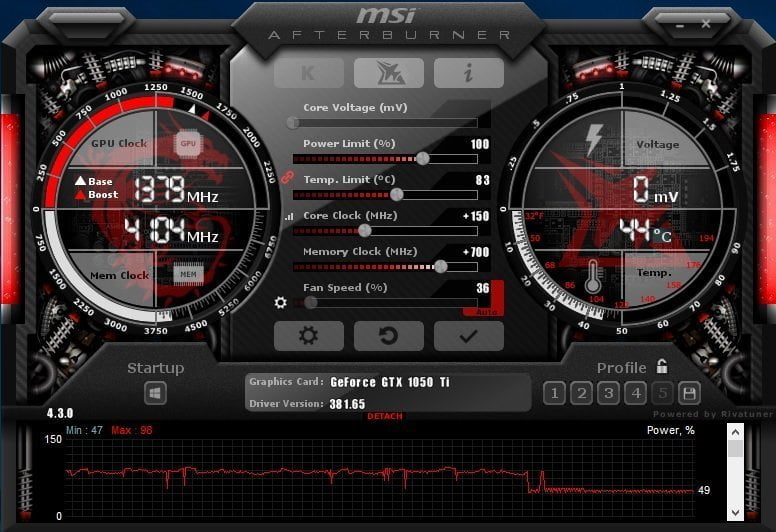 Despite the lavish overclocking, both in the temperature, as well as the volume no negative readings have been noticeable. The highest measured Temperature was 61 ° C, the fan speed at 51%. There was no difference in volume compared to the load value mentioned above. In a closed housing, the Colorful GTX 1050 Ti iGame U is only noticeable by a very slight hum.

If you do not want to spend a lot of money on a graphics card and you consider yourself a casual gambler who does not always demand the ultimate, the Colorful GTX 1050 Ti iGame U is a low-priced entry into Nvidia's current chip generation. In the test convinced the Colorful GTX 1050 Ti mainly by the high overclocking potential, the low volume despite good cooling performance and good energy efficiency. Games such as Battlefield 1, Witcher 3 or GTA V pose no problem for the graphics card and are consistently fluid playable. For high-resolution 4K, however, the entire GTX 1050er graphics card series is not suitable.