by Timo8. January
With the "ILIFE series", the manufacturer of "Chuwi", which is predominantly known for tablets, has created a vacuum robot division that has only recently reached the local market. With the Chuwi ILIFE V7, the manufacturer promises a powerful vacuum robot with innovative app control and sophisticated infrared sensor system. Whether the ILIFE V7 is really an innovative vacuum robot and how it beats in total, you will learn in this review.
Overview
Manufacturer/Model

New ILIFE Deals: GearBest has a selection of ILIFE vacuum robots in January. Shipping is free of charge directly from the EU warehouse. The delivery time is 2-5 working days and customs and import taxes are not applicable. All deals can be found in the Deal-Box.

With this GearBest offer you can buy the ILIFE V5S Pro Suction Robot with fast EU shipping for only 142 €.
DEAL ACTIVE
ACTIVATE DEAL
142€ 162€
Ongoing offer

With this GearBest offer you can buy the ILIFE V7S Plus Suction Robot with fast EU shipping for only 159 €.
DEAL ACTIVE
ACTIVATE DEAL
159€ 176€
Ongoing offer

The Chuwi ILIFE robotic vacuum cleaner was delivered in a relatively large cardboard box, in addition to the ILIFE V7 still a charging unit and includes a comprehensive set of accessories. The accessories amount to one Remote control with batteries (2x AAA), an additional brush, Microfiber wipe, two Filter for the dust container and an English-speaking, as well as Chinese Operating instructions including warranty card. 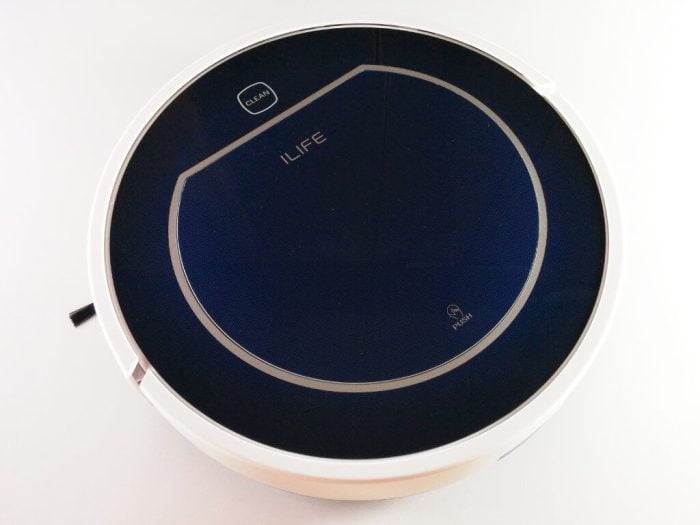 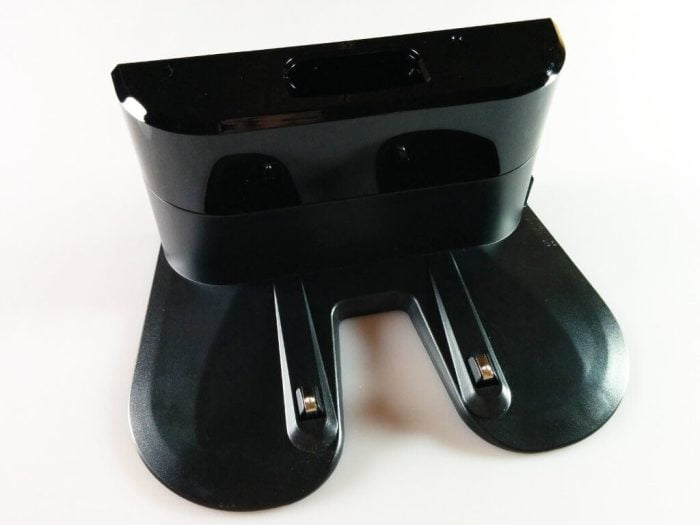 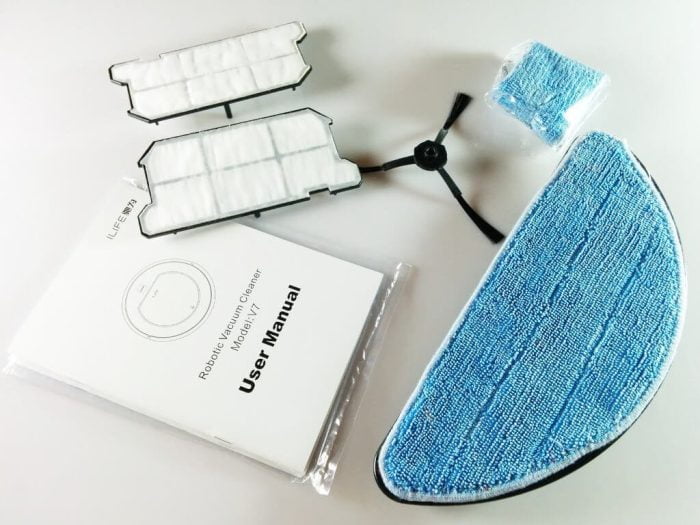 The processing of the vacuum robot is very good. The wheels are made of harder rubber and are cleanly processed. The brush unit is sprung and has very fine plastic brushes with alternating rubber lips. The dust container can be reached via the hinged top of the housing. This is made of harder plastic and uses a two-filter system. In addition, there is an illuminated, capacitive button on the top of the housing, with which the cleaning process can be started. On the side of the case and on the bottom are a total of 15 infrared sensors.

The weight of the Chuwi ILIFE V7 is about 3kg. The height is 8cm and the diameter is 34cm. Thanks to an integrated Bluetooth module, the ILIFE V7 can also be controlled via an app. The capacity of the built-in batteries is 2600mAh.

A less good impression has left the charging station. This is comparatively cheap and is extremely light, which guarantees no firm footing.

The device is already delivered to a ready state. All brushes are already mounted and the dust container and filter are also located in the vacuum robot. For the first trial eye, the ILIFE V7 can also be used without a charging station. The battery was already fully charged at the factory.

The suction robot can be operated via various control options. To start a simple, automatic cleaning, the housing located on the "Clean "button be actuated. Alternatively, the V7 can also be attached via the Remote Control control. This offers not only a directional pad but also a "clean" button, but also various mode buttons.

Via the integrated Bluetooth module, the ILIFE V7 can also be connected via a Android or iOS app being controlled. For Android, the app can only be downloaded from the manufacturer's website. The app offers the same functions as the infrared remote control. The only downside of the app is that it was not even translated into English. Nevertheless, the app is understandable by the symbols used and also the Bluetooth connection can be established without knowledge of Chinese.

The Chuwi ILIFE V7 vacuum robot has 3 different suction profilesthat can be called manually, but also automatically. in the normal cleaning mode The vacuum robot moves arbitrarily off the room surface and moves back to the charging station at the end of the cleaning. In the edge cleaning the V7 follows the edges of the room and drives them along. In tracks, the robot finally works towards the center of the room. With active circle cleaning The ILIFE V7 moves like a snail-like circle, whereby the radius increases per rounding.

With set time, which can be set both via the remote control, but also via the app, and one scheduled cleaning time, the ILIFE V7 automatically enters the cleaning mode. Unfortunately, only a schedule time can be set here.

The suction power of the Chuwi ILIFE V7 is very good. Dust but also small snippets the vacuum robot picks up very well. The volume remains, with about 50dB, low. The dust container has a capacity of 0.3l, After a cleaning trip you should therefore empty the container in any case, since the capacity is reached quickly. The cleaning is very easy. The filter units can be removed, which makes it easy to dump the container. The microfibre cloth can also be removed completely from the vacuum robot and can be easily cleaned. It should be noted that this device can not replace a proper vacuum cleaner. A daily cleaning trip helps to keep the apartment as clean as possible. 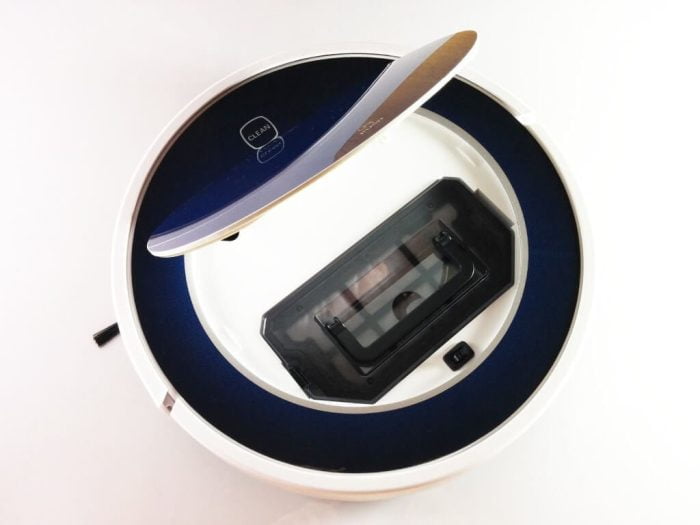 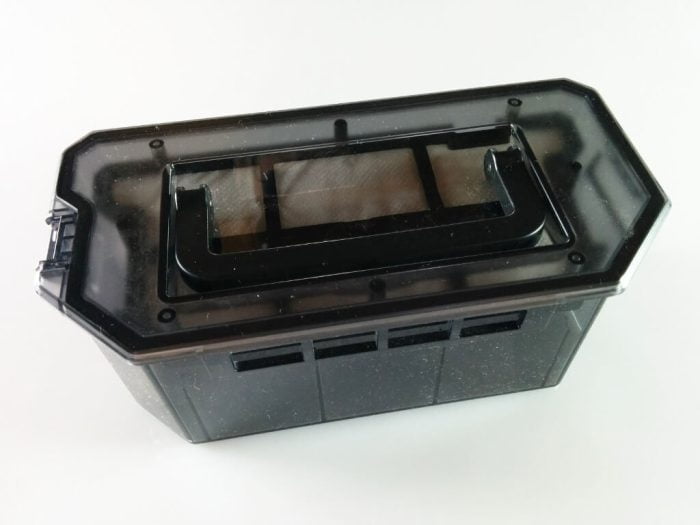 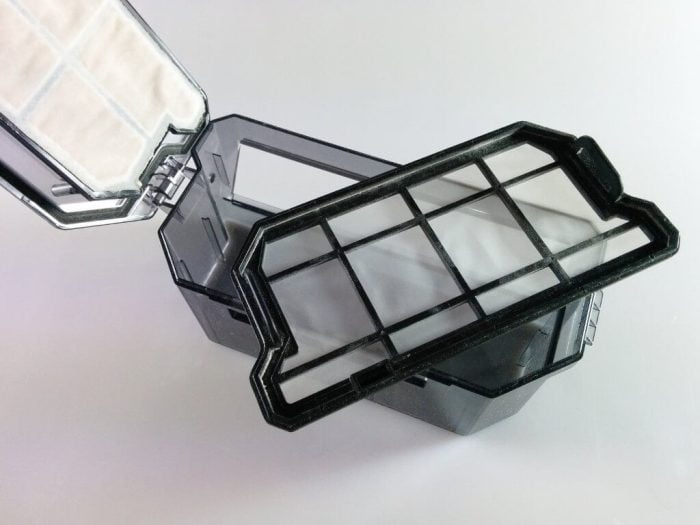 The vacuum robot can automatically return to its station after a completed cleaning drive. In the test, this function has worked so far as well. It should be noted, however, that the station needs a firm footing, because the V7 likes to drag it along because of its low weight. The "Return to Home" function can also be selected manually via the remote control or app. The vacuum robot slowly works its way through the room until it finds the signal from the station. Then he drives carefully on the contacts of the charging station. 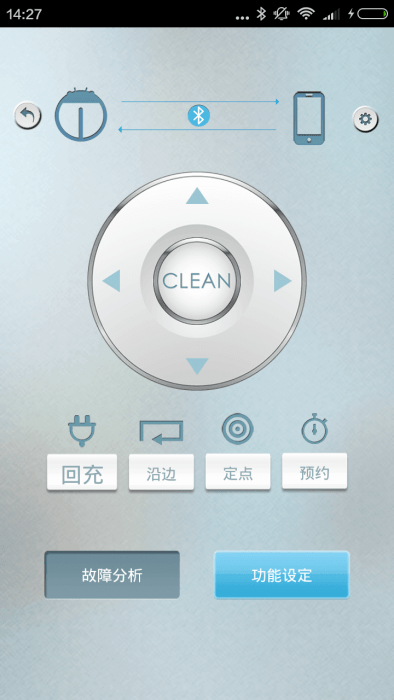 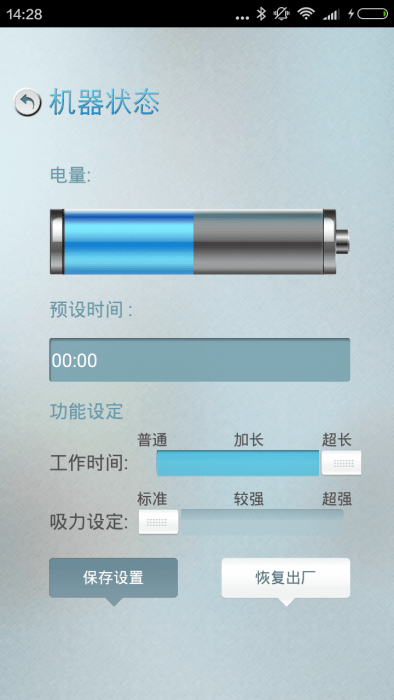 Overall, the ILIFE V7 has vacuum robots 15 infrared sensors, which are located on the housing side and bottom. These sensors prevent on the one hand a collision with obstacles, but also a crash. For additional protection during collisions, the robotic vacuum cleaner has a buffer zone and one siliconeto prevent major damage. In the test, the robotic vacuum drove anyway on obstacles, but touched only gently. A gentle collision is also wanted so that the V7 can orient itself in space. During the test, the sensors did not fail once. Landings also pose no problem. As soon as the vacuum robot approaches a landing, it changes the direction of travel.

What the vacuum cleaner but has problems are carpets. Even with a 1 ½ cm high rug, it may be that the V7 shuts off because of the crash sensor or likes to hang on the edges of the rug.

The Chuwi ILIFE V7 is a low-cost vacuum cleaner with good suction power and well-functioning sensor system. The workmanship is excellent and also the accessories are satisfactory. In the suction profiles, the ILIFE V7 works exactly and also the plan mode was convincing in the test, even if only one schedule time can be defined.

Disadvantage of the vacuum robot is that it even at low elevations, such as carpets, gets problems. Especially at carpet edges, the device likes to hang. Another disadvantage is the untranslated app which is, however, understandable by the, with the remote control identical icons.

ILIFE V1 - The little one among the greats

Thanks for the cool and informative test. What I do not know is whether the robot can move from room to room and find its way around, noticing where it was and then finding itself back in the room from another room where the charging station is located?

Hi Joe, yes the ILIFE V7 can also move between rooms. The suction pattern is largely arbitrary. Obstacles are well avoided. As soon as the battery weakens, the vacuum robot switches to the return mode. The automatic return works well with me, but the signal can also be easily disturbed (WLAN, Bluetooth, etc.). In the vicinity of 5m he has always found the station with me.

Finally received today, the V7s.
But where can I find the app control?

Hi Rene,
here you get the app:
http://www.chuwi.com/app/

As far as I know, has the ILIFE V7S but no Bluetooth module and can be controlled only with the included remote control.

Is the app also available in english? You can decode Chinese so badly ... but it works

No, the manufacturer did not bother to translate the app.

I am also owner of an ILIFE v7 and have taken the apk and have a look. The app is pretty haphazardly pieced together, decent, consistent resource management, the programmers have heard nothing. I've been able to translate a few things (cover image, Bluetooth menu, main menu, scheduling, and robot status) in English (German terms are too long for many buttons), but not much (texts on the Exit dialog, some other buttons, and lots of info text, such as stupid also the error messages, the developers left in the code and unfortunately not outsourced in resources)

The adapted app can be downloaded here:
https://drive.google.com/file/d/0B7k8LAx10Mo_VGVnbWozbThUUHM/view?usp=sharing

I assume no liability for any damage to the smartphone or robot and give no support.

Is there a difference between the V7 and V7S?

Hi Chris, the V7 has an additional control via smartphone app. Instead, the V7S has an extra water tank and a larger wiping pad.

One question, how can you cancel the plan time?
Thank you in advance for an answer