by Timo21. January
What a spacey part - were the first words when we unwrapped the Bluedio US (UFO). The new Bluedio speaker not only looks futuristic, but also promises a powerful stereo sound and other interesting features that we've explored in this review.
Overview
Manufacturer/Model

First impression to Bluedio US 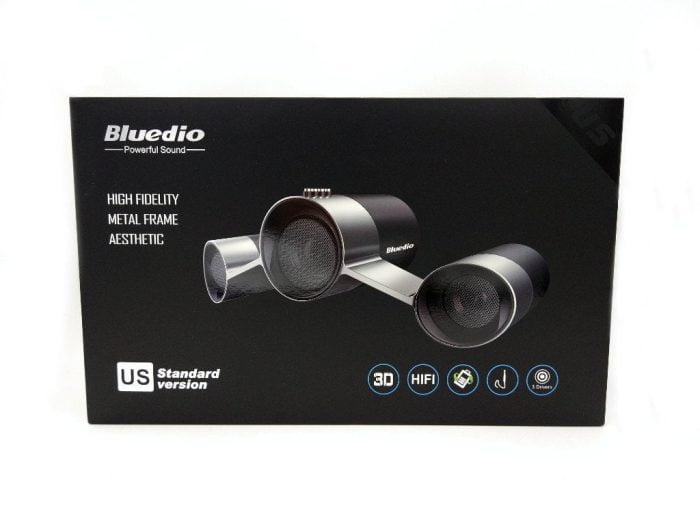 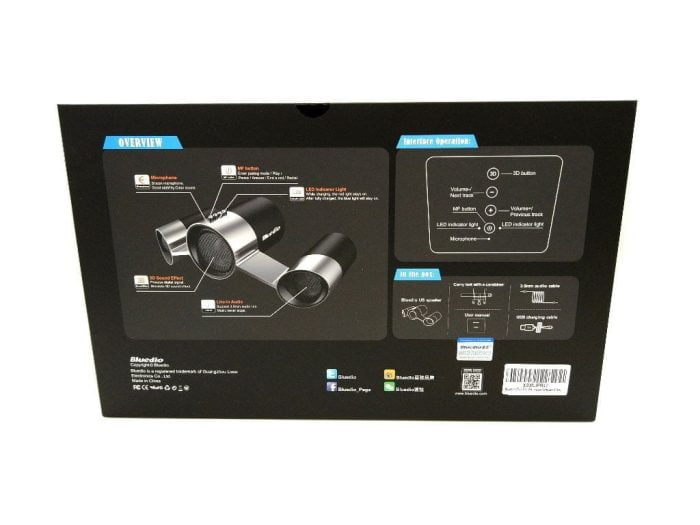 Bluedio is known for adding a wide range of accessories to its audio products. Also with this Bluetooth speaker all accessory possibilities were exhausted again. In addition to one multilingual user manual are also one USB charging cable, 3.5mm audio cable and even one Carrying strap with carabiner included.

The authenticity of the loudspeaker can be checked via a code on the back of the packaging. There is a Authenticity seal with code for scratching. Via a link leading to the Bluedio homepage, it can then be checked whether it is actually an original Bluedio speaker.

The most outstanding feature of the Bluedio US is the design. Already the name "UFO" points to that spacey appearance of the speaker. In the middle is a 59mm big bass driver. The side arms or wings consist of two 40mm drivers. Can be placed the 310 x 170 x 105 mm large speakers upright and standard on the anti-slip pads on the bottom of the wings.

The workmanship of Bluedio US (UFO) is good. The housing part, which shines so beautifully on the pictures, is not made of plastic, but actually made of metal. With rich 921g, the Bluedio US speaker is anything but a lightweight. The black housing part is made of plastic, but is still very well matched to the metal part and also processed properly. Only the plastic control buttons and the adjacent LEDs could be better matched to the rest of the housing. 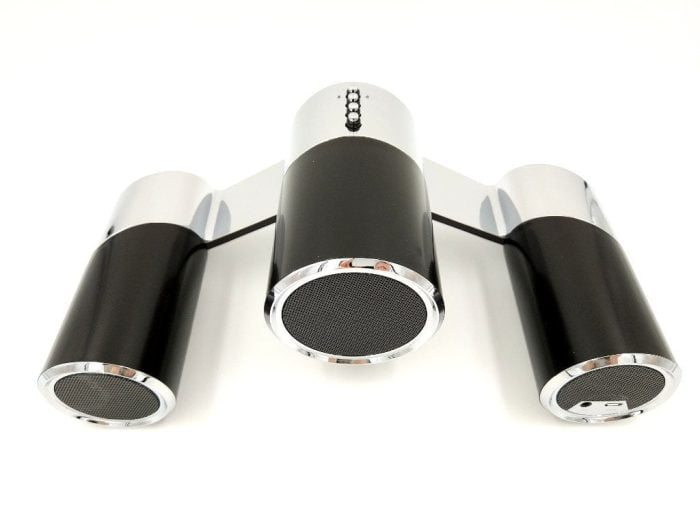 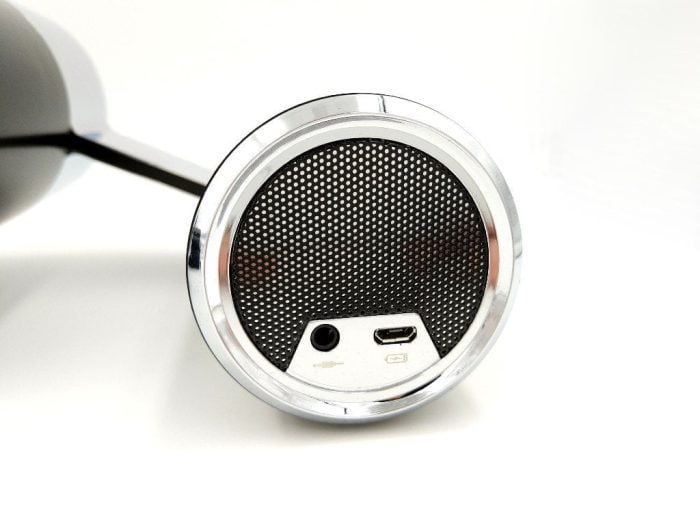 Anyone who has ever put a Bluetooth speaker into operation, will also get no problems with the Bluedio US (UFO). In pairing mode, the speaker can be easily and without password input connected to a compatible Bluetooth playback device. The enclosed operating instructions describe in detail the commissioning, operation and also individual functions.

A Bluetooth speaker should be able to play music. Music can Bluedio US both over Bluetooth (A2DP)but also about one 3.5mm audio input receive. In addition to music playback can also be with the speaker Telephone calls (HSP, HFP) of a connected smartphone. For this purpose, there is a small microphone underneath the control buttons, which allows hands-free operation.

The most interesting feature is the 3D mode. This can be activated at the touch of a button and produces a voluminous sound. How the speaker sounds, more about that in the next point. 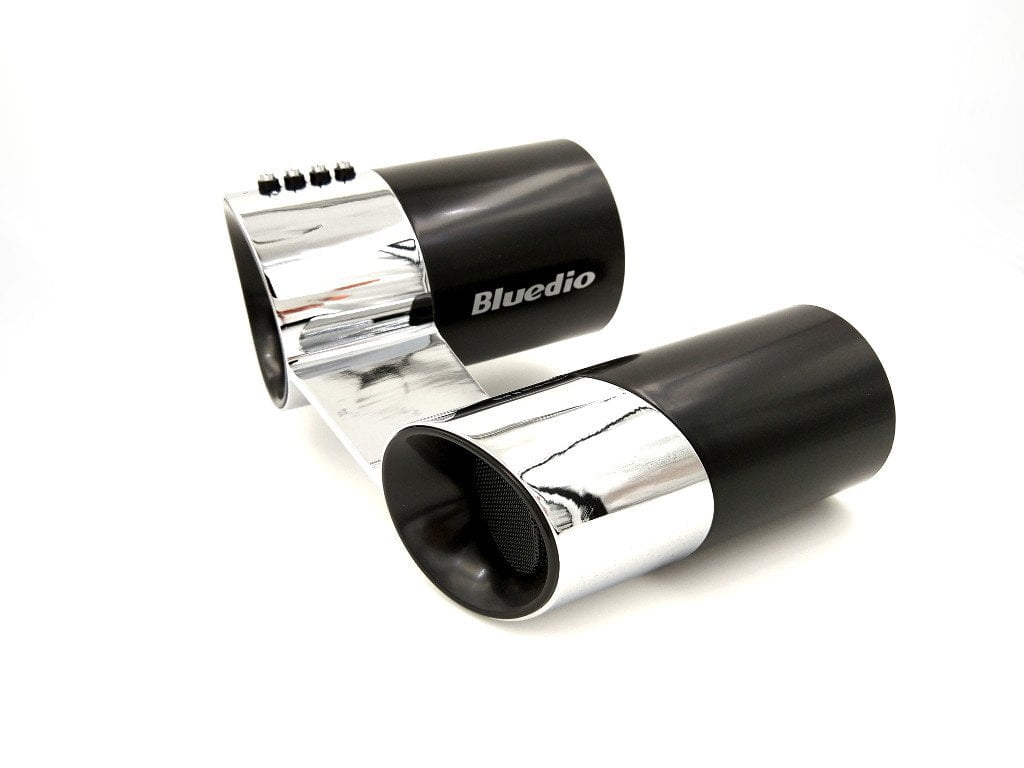 In normal mode, the sound of Bluedio US (UFO) appears as neutral and low bass. As almost unspectacular you could call the sound, if you like mostly bass rich music. A real bass and sound boost is experienced by the loudspeaker with active 3D mode. Only in this mode the 59mm bass driver (5W) comes into its own. Music sounds a lot more voluminous and in fact a certain spatial sound is generated. Also the two 40mm (5W) drivers appear more dynamic and warmer. In direct comparison with the Bluedio AS loudspeaker - which also has an 3D mode - you can clearly see that the Bluedio US (UFO) has much more powerful speakers and the overall sound is better tuned.

The maximum volume is also impressive. A scratching or shouting has not made itself felt in even the most shrill and bass-rich music. Only the mids and heights are somewhat lost due to the increasing volume. There are sound differences depending on whether the speaker is connected via the 3.5mm audio connection or via Bluetooth. In the cable network, the control buttons are obsolete and the speaker is used purely passive. The powerful 3D mode can not be activated then. Wireless is the maximum transmission range at well 15 meters. 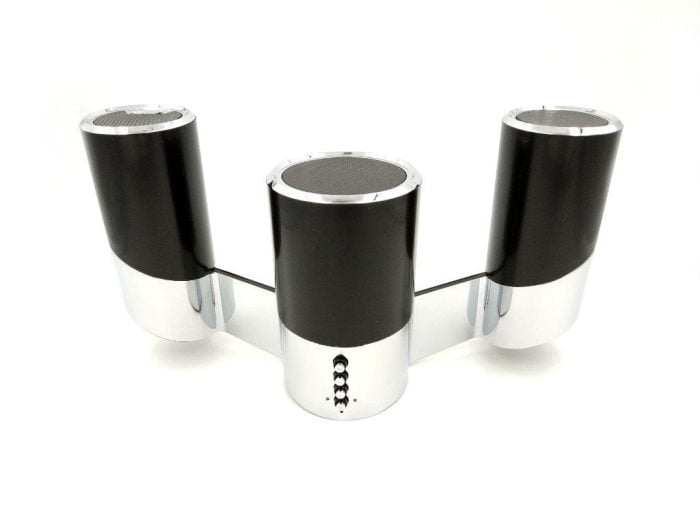 Bluedio makes no information about the battery type and the capacity of the battery. You can not change the battery. Only the runtime is the manufacturer with up to 5 hours. In practice, the 7 hours are very high and can only be achieved at low volume. Realistic is a value of about 4 hours at normal volume and active Bluetooth connection. The charging indicator is two LEDs. If the speaker is connected to the power, a red LED indicates the current charging process. When the speaker is fully charged, a blue LED will signal the fully charged battery. A full battery charge took 4 hours in the test.

With this Bluetooth speaker, the design clearly comes to the fore. In addition to the interesting design, reminiscent of the "Enterprise" by the 3 separate drivers, the Bluedio US (UFO) also offers a surprisingly good sound. In normal mode, the speaker sounds unspectacular, but activating the 3D mode, the speaker delivers a powerful and spatial sound.

Of course, the Bluedio US speaker is not perfect either. So the control buttons do not necessarily match the design. In addition, in 3.5mm composite no 3D mode can be activated. Another criticism is the non-replaceable battery.