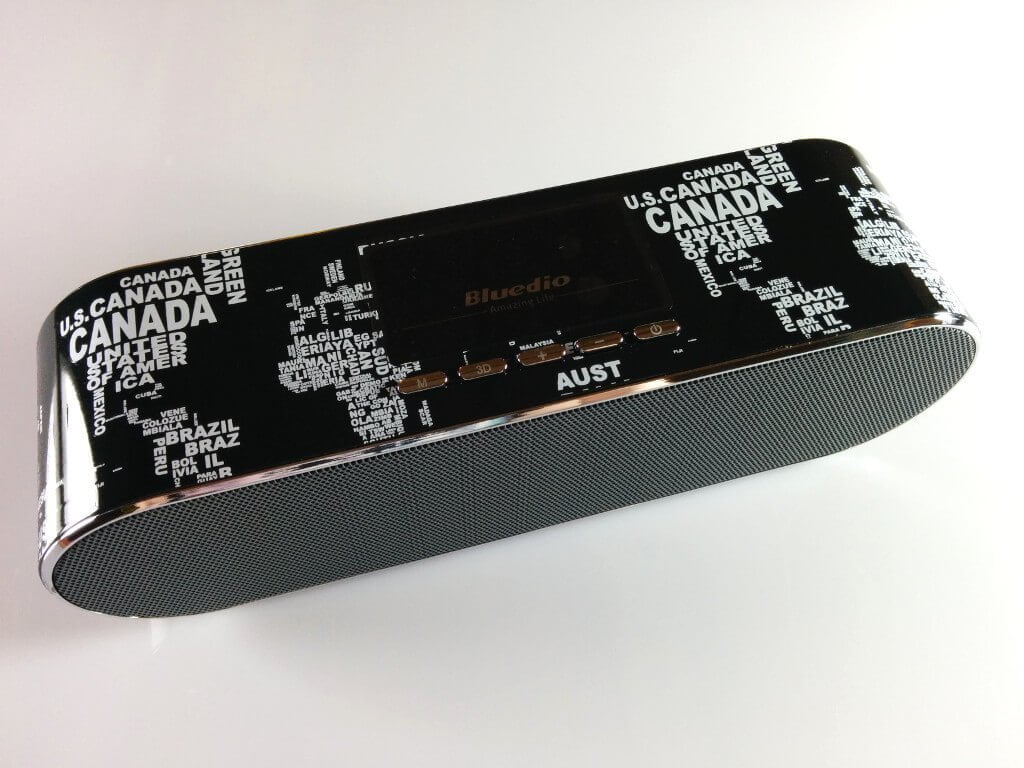 First impression of Bluedio AS

The Bluedio AS (Air) loudspeaker or speaker was delivered in a modern folding box (similar to the Bluedio BS-2 or Bs-3), on which descriptions of the individual functions of the loudspeaker are printed. There is also a certificate of authenticity in the form of a small sticker on the back of the box. 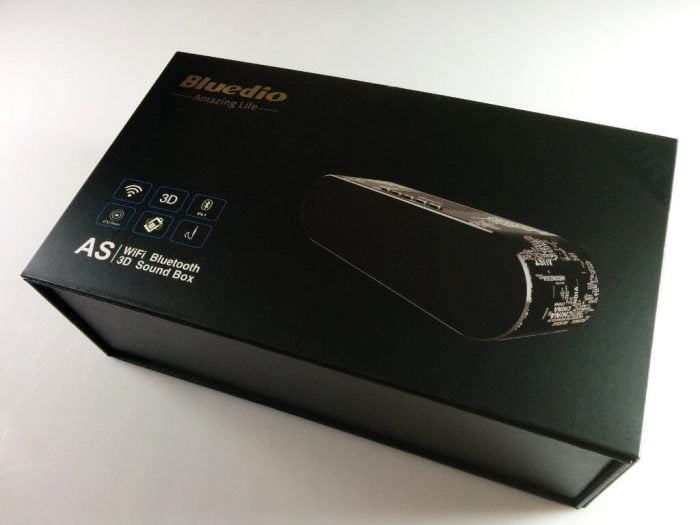 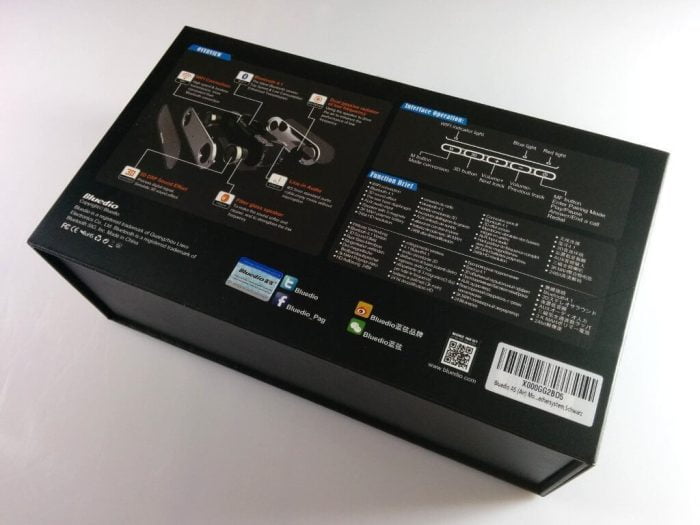 Unpacked, the Bluedio loudspeaker is wrapped in neoprene protection with a handle and snap hook. On the side there is another, smaller pocket with a 3.5mm jack audio cable and a micro USB charging cable. An operating manual was of course also included in the scope of delivery, although the German translation is hardly useful and one would rather rely on the reasonably understandable English translation. 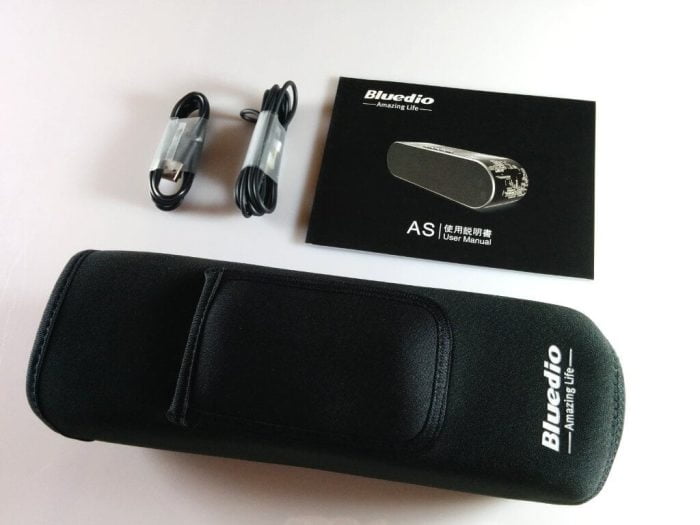 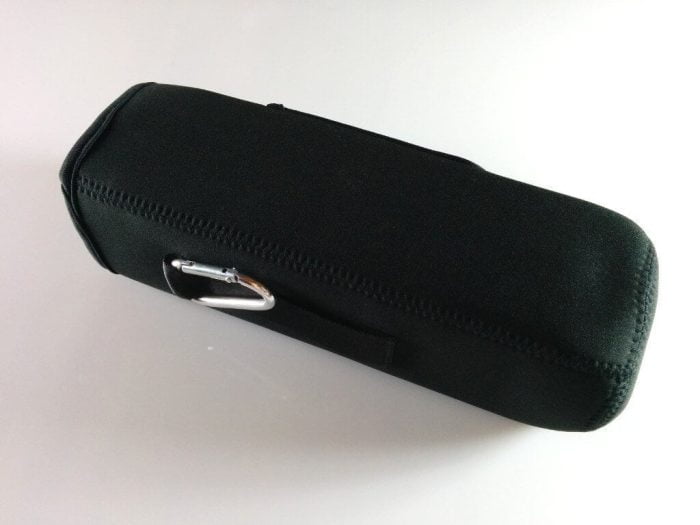 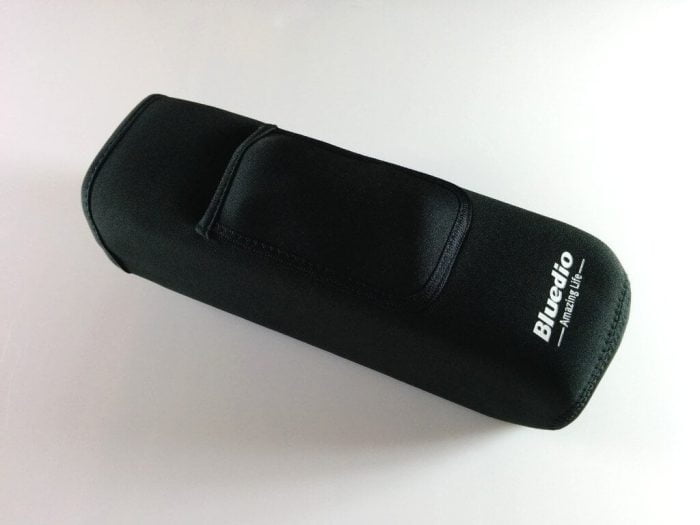 The speaker itself makes a good impression. The printed design, consisting of continents and countries, is not only an eye-catcher, the print was also applied cleanly and without any errors. Above there are also several function keys, which have different functions depending on the key press. The pressure point of the keys is okay, but I would have liked a higher quality workmanship here, as the keys are not only made of plastic, but also have some play. Above the buttons there are small LEDs that show, among other things, the current playback mode.

On the underside of the Bluedio loudspeaker there is a slightly thicker rubber coating with small rubber feet. On the back there is the micro USB charging port and a 3.5mm jack audio input.

When I first wanted to put the loudspeaker into operation, I first thought the device was delivered defective. The operating instructions did not indicate that you have to hold down the power button for a comparatively long time until the loudspeaker turns on. Then the device switches to pairing mode. If the speaker has already been set up via a compatible device, it connects automatically.

The WLAN mode of the Bluedio AS Air can be activated with the mode button. The loudspeaker sets up its own WLAN to which you can connect. Music can then be played via Airplay / DLNA. The "Bluedio App" is required to be able to fully use the WLAN mode. Unfortunately, this app is not available in the Google PlayStore, but you have to scan the QR code on the last page of the operating instructions, which then gives you a link to the app. 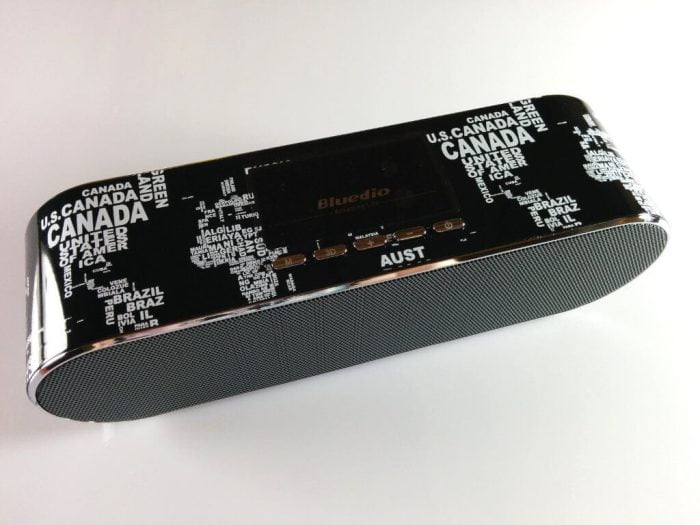 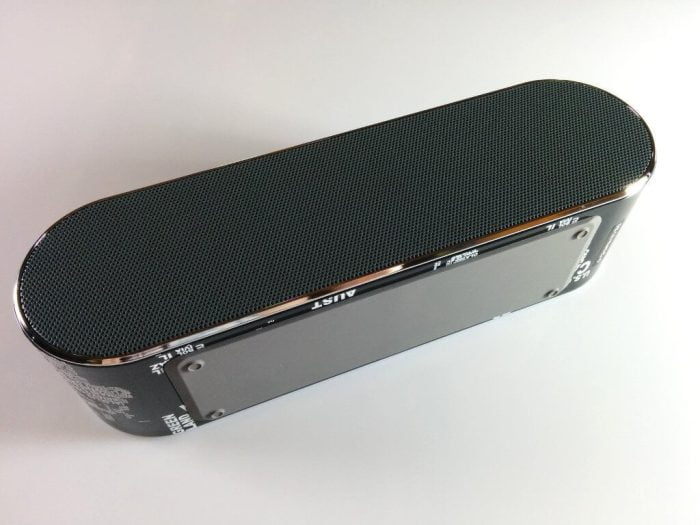 The app is made available on a Chinese server. During the installation I noticed negatively that the app requires numerous authorizations that are not related to the functions of the app. For example, the app would like to have access to the image and video functions of the smartphone, it would like to read out the contact data and even be able to change system settings afterwards. You should seriously consider installing this app on your smartphone. Within the app we can configure the WLAN (name and password), we can update the app and also activate the "bridging mode". Through the bridging mode, also called bridge mode, the playback device remains connected to the home WLAN and thus has internet access. This function is almost essential if you want to stream music from the Internet to the loudspeaker.

The sound of the Bluedio loudspeaker is powerful and, with activated "3D sound", very voluminous. You can really feel the bass at full volume. The maximum volume is considerable and the sound remains relatively clear. I couldn't detect any hissing or scratching. The transmission quality was the same both via Bluetooth and WLAN. I would estimate the interference-free range via Bluetooth to be around 12 meters.

The Bluedio AS speaker provides a really good and powerful sound. The design is appealing and the scope of delivery was convincing. The workmanship is good, but could be improved just in the function keys something.

The only thing that bothered me about this speaker was the app, which needs a lot of permissions and the non functioning bridge mode. Who wants to play music locally and this would like to fall back on the WLAN function, which is also good without an app. However, anyone who wants to stream music from the Internet via Wi-Fi to the loudspeaker, could have problems because of the not fully mature app. 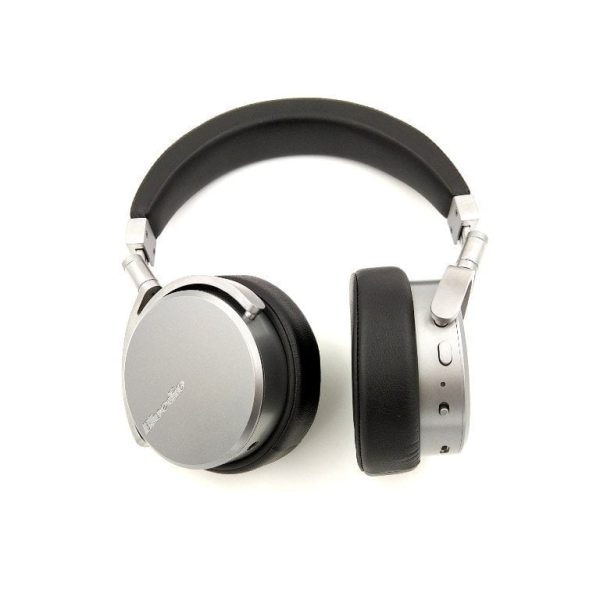 Bluedio surprises with new headphones! The Bluedio Vinyl is the little brother of the "Bluedio Vinyl Plus" model released in 2016, which is both optically and ...