by Timo14. September 2015
Bluedio wants to shake up the "Head Fi" market again and has released the Bluedio Air. A headphone that makes a visual impression at first glance. If the inner values ​​of the Bluedio Air are also correct, you can find out in this review.
Overview
Manufacturer/Model

Bluedio is known for the hinged cardboard box. The Bluedio Air is particularly large, because in the cardboard box is a Hardshell case with transport handle and carbine, with which you can transport the air well and safely on the way. Included is also one Neoprene bag, with accessory cables, The cables are one 3.5mm jack audio cable, Audio cable with remote control, a so-called Y-cablewhich splits the headphones' signals into a microphone and audio signal and of course one Micro USB charging cable, Also included is one Operating Instructions which explains all functions of the headset nicely. 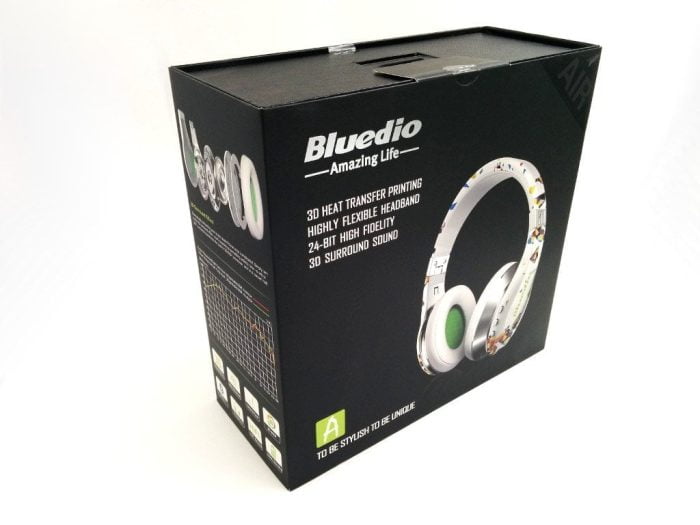 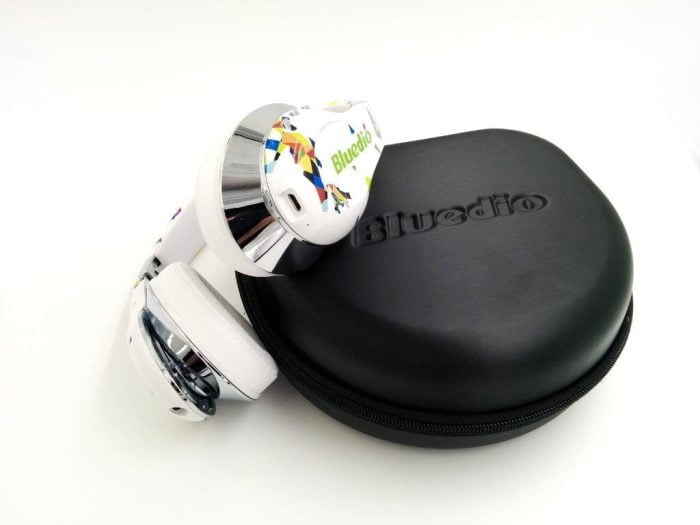 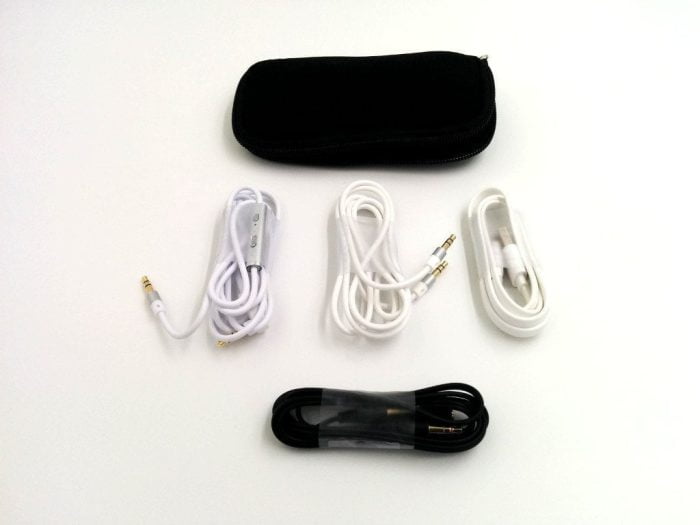 The Bluedio Air is based on the latest Bluetooth standard, namely Bluetooth 4.1, If you have a Bluetooth 4.0 playback device, the connection for both the headset and the playback device is particularly battery-friendly. If the headphones are fully charged, you can about 20 hours of music hear. The standby time is approximately 1000 hours.

The Bluetooth profiles are supported A2DP, AVRCP, HSP, HFP, The aptX codec is not supported. In addition to wireless operation, the headphones can also be operated with the supplied audio cables. Differences in sound quality have not been noticeable. Only the so-called "White Noise", which is common with Bluetooth devices, disappears with the operation of an audio cable.

The Air also has a Speakerphoneto receive calls. In addition, calls can be made via the integrated microphone. Another feature is an 3D audio module, which makes the sound a bit more spacious. The 3D mode is activated via the function keys.

The housing of the Bluedio Air is both flexible and stable. The headphones are almost entirely made of plastic, yet it does not look inferior. The temple was with the so-called Heat transfer printing Technology printed, making the headphones visually very appealing. Thanks to the flexible handle, the Bluedio Air also sits comfortably on the head. Even after prolonged wearing the Air sits comfortably on the head. 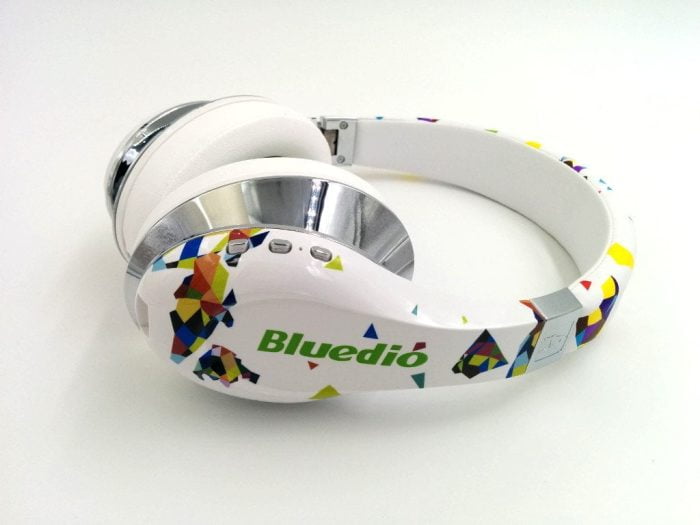 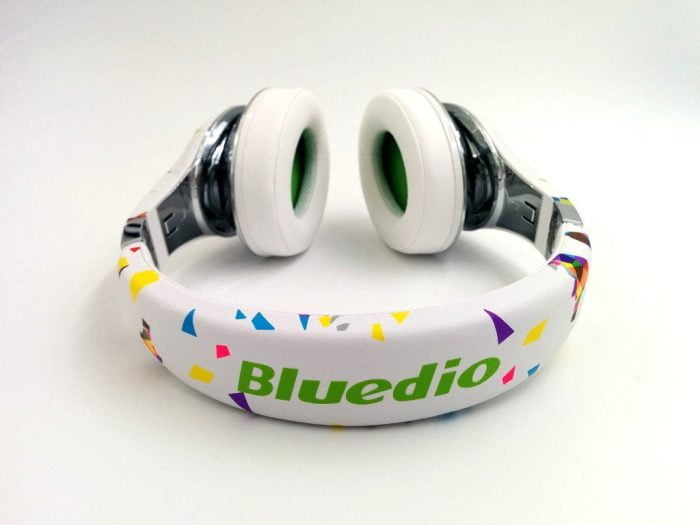 Compared to the R-series, the Bluedio Air has only one driver unit per auricle. The Size of the driver unit is stately 57 mm, The 3D Sound Module creates an artificial 3D Surround Sound. The sound is emulated by software customized by the manufacturer. Unfortunately, Bluedio Air does not have a built-in equalizer.

For me personally, the Bluedio Air sounds rather neutral. The bass is there, but not as strong as the Bluedio R series. This makes the Air ideal for a wide range of music. Mids and heights are nicely displayed thanks to the large driver unit. The maximum volume is also impressive.

The sound of the Air is exactly right. Bass, mids and treble are clear and balanced. Nothing seems overdriven. Especially the 3D Surround Sound is very interesting. The spatial sound is ideal for movies. The comfort is very good. I could not find any pressing parts. Thanks to the flexible strap and the low weight, the headset sits particularly well and you can wear it over longer sessions.