by Timo30th of June 2016
With the arrival of the 360 Grad videos on YouTube and Facebook, numerous "360 ° Action Cams" have appeared in the past few months, which are primarily aimed at the average Joe consumer. An inexpensive and advertised as an 360 grade camera, is the AMKOV AMK100S. Whether this model is good and what features are to be expected, you will learn in this review.
Overview
Manufacturer/Model

The AMKOV AMK100S is delivered with a manageable set of accessories. The scope of delivery is overall lower than the conventional, Chinese Action Cams. In addition to different brackets, One Silicone housing and a Hard plastic protection, the camera is synonymous with a carry bag and a English manual delivered. On waterproof housing Only the AMK100S or the OKAA 360 is included. Unfortunately, the camera will ship under the name "Andoer 360" without a waterproof case.

The camera body is compact and measures just once 5.10 x 4.20 x 3.46 cm, Add to that the low Weight of 84g with inserted battery, which makes the camera interesting for model pilots and quadrocopter pilots. The AMKOV AMK100S is sold as an 360 grade camera, but there is only one lens on one side of the case. The field of vision is 220 degrees. The focal length is f = 1.1mm and the aperture is F = 2.0.

Hands-on of the AMKOV panorama camera

On the side are both the Power, the Record button and the WiFi button, All control buttons are additional with LED's fitted. On the opposite side is the Loudspeakers. Das Microphone was installed below the lens. For ease of use, the AMKOV AMK100S also has a 0.96 inch large LCD displayon which the essential settings can be made. About the WiFi function, the camera synonymous with a App be connected, whereby the operability is further facilitated and settings can be made directly from the app.

The connection possibilities amount to one Mini HDMI socket and a Micro USB socket, Shots are taken directly to one SD memory card stored, which is not included in the delivery. Here one should note that memory cards with maximum 32GB be accepted. As an additional feature, the camera also has a tripod thread, which allows them to be directly connected to suitable photo holders.

The battery is inserted at the back. The size is different from conventional action cams, which is why one relies on special batteries. The capacity is 1000mAh. Overall, the AMKOV AMK100S leaves a solid first impression. The workmanship is good and the scope of delivery was convincing. 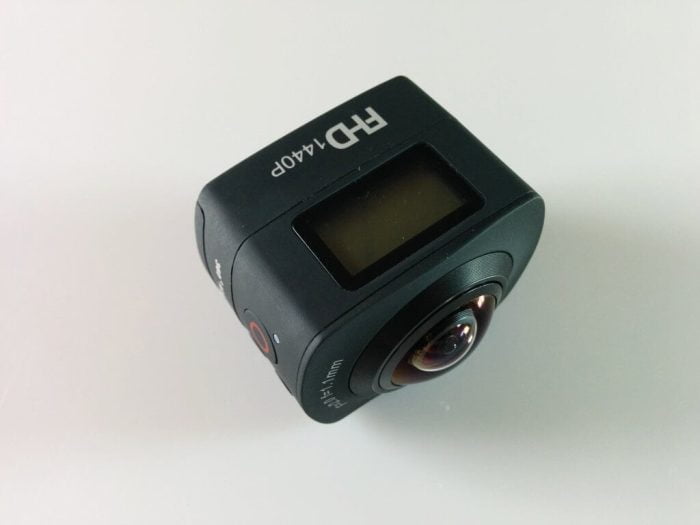 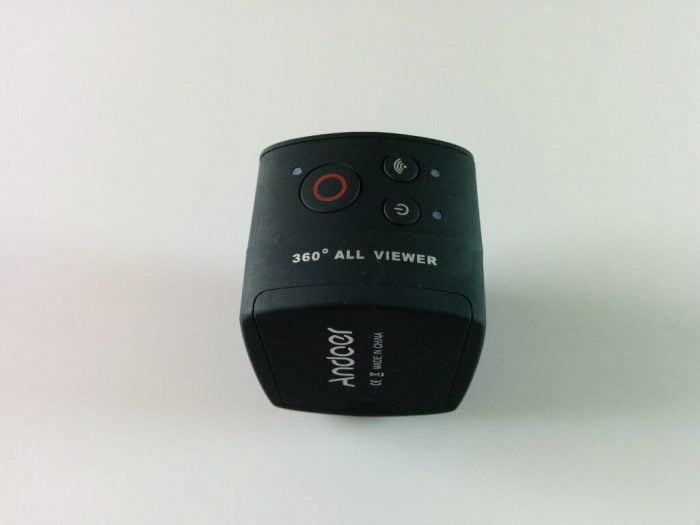 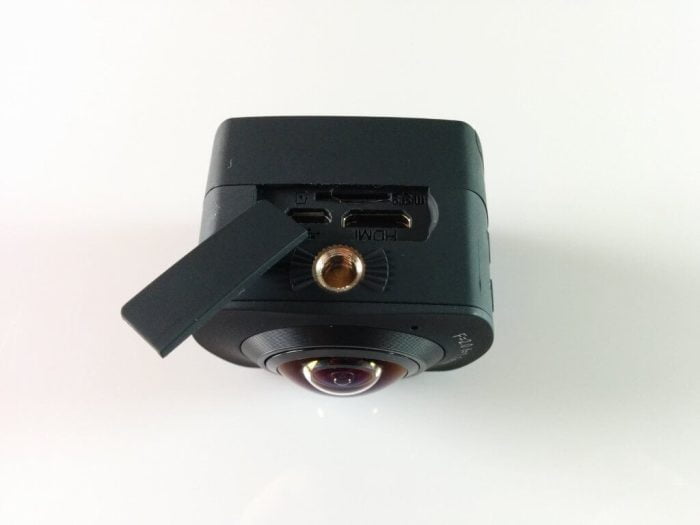 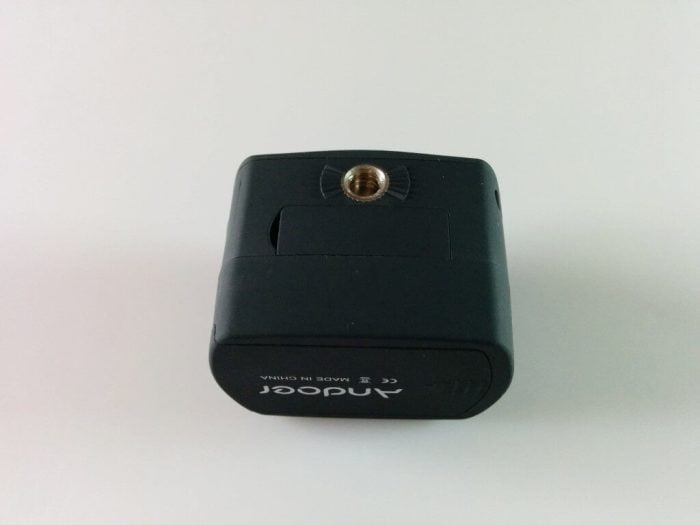 The AMKOV camera uses one Sunplus 6350 image processor and one 8 megapixel Sony image sensor, Details on the sensor are not known. Video recordings can be made with a resolution of 1920x1440 or 1440x1080p Record, tape. The refresh rate is included 30 pictures-per-second, The recording format with .mov, compressed with the .h264 codec. Pictures are included 8, 5 and 4 megapixels possible. The image format is .jpg.

The video recordings with the AMK100S require a subsequent editing. An unprocessed recording has a spherical shape. On the AMKOV website, there is the right software with which recordings can be converted into panoramic images. This software also adds the 360 ° meta tags required by YouTube or Facebook to create an 360 ° recording. The recordings can also be viewed locally with the "Kolor Eyes" media player.

The recording quality was less convincing in the test. Details are muddy and the recorded sound leaves something to be desired. One should also remember that the camera no full 360 ° shots manufactures. Depending on how you pick up you have at the edges of thick black bars that further restrict the field of view. If you expect a full 360 degree camera, you will be disappointed!

Quadrocopter pilots can benefit from the AMKOV AMK100S. The large field of view creates beautiful aerial photographs, which are very attractive with reduced zoom and after appropriate smoothing.

In the test we have played through different scenarios. With the WLAN switched off, the runtime was about 90 minutes. It was recorded with a resolution of 1920 x 1440. With WiFi on and an active connection to the output device, the runtime has been reduced to 70 minutes. The charging time is about 3 1 / 2 hours with a conventional smartphone charger. 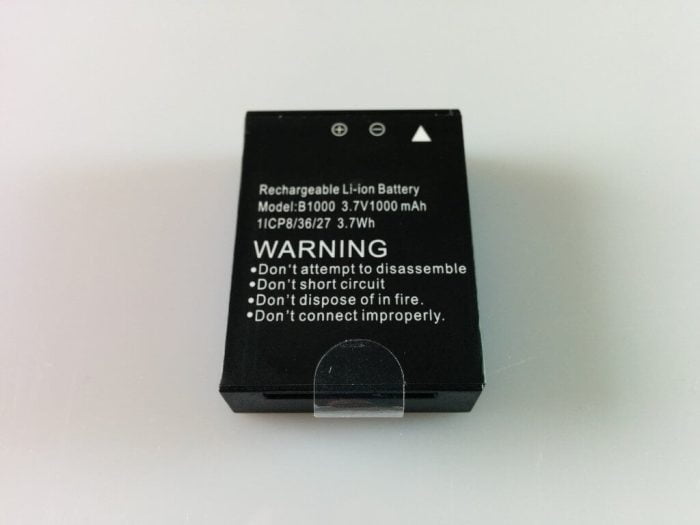 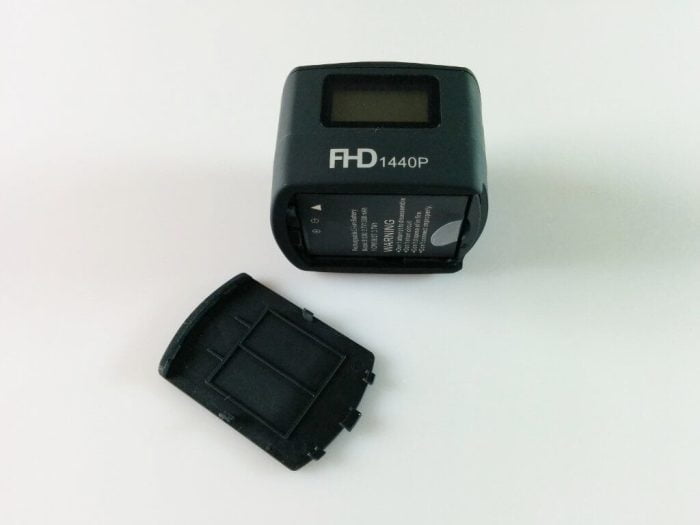 If you are used to a large color display of an action cam, you first have to get used to the small LCD display of this camera. Just the settings can be made better on the app. To do this, the WiFi of the camera must first be activated. Then it builds its own Wi-Fi, to which one can connect to the smartphone or tablet.

To operate the cam is in addition to the SYMAX360 App needed. These are available for Google Android, but also for Apple iOS. You can download this app in the respective App Store. 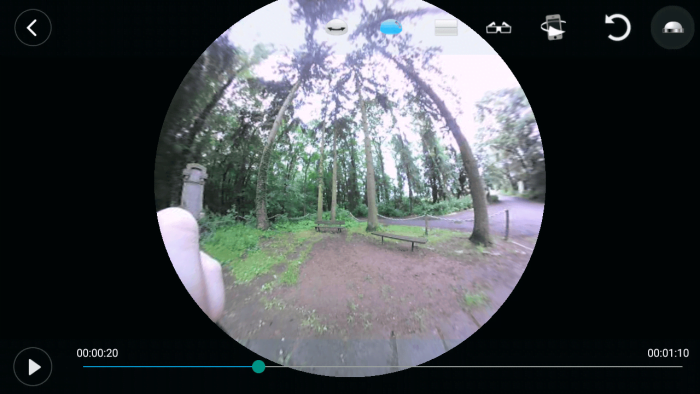 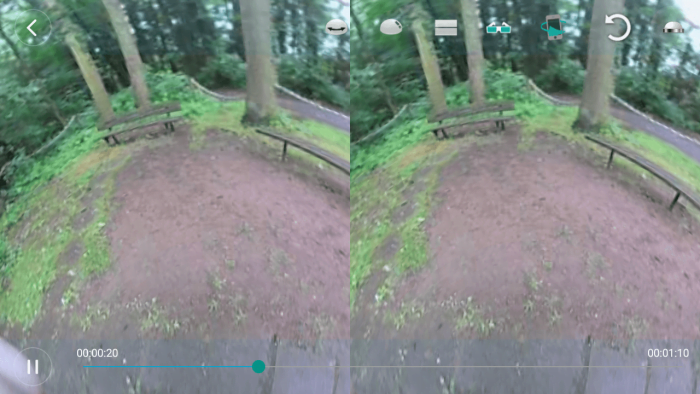 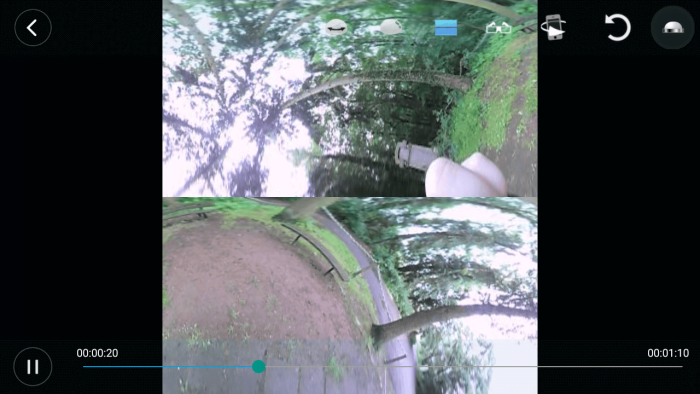 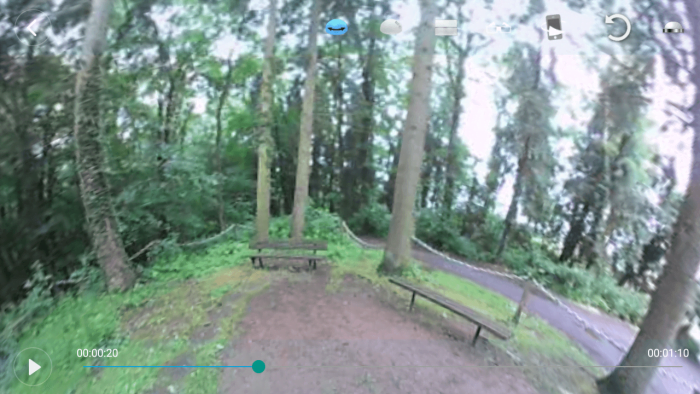 About the SYMAX360 App the live image of the camera is output. The transmission was stable in the test and only slightly delayed. Image interference has only occurred at a distance of about 10 meters. All camera settings can also be made directly via the app. In addition, recordings can be viewed, but also share with friends via the social media function. A subsequent smoothing of the recordings is also possible via the app. 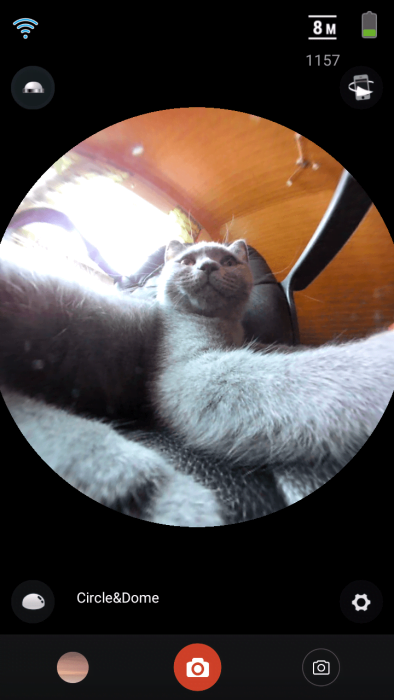 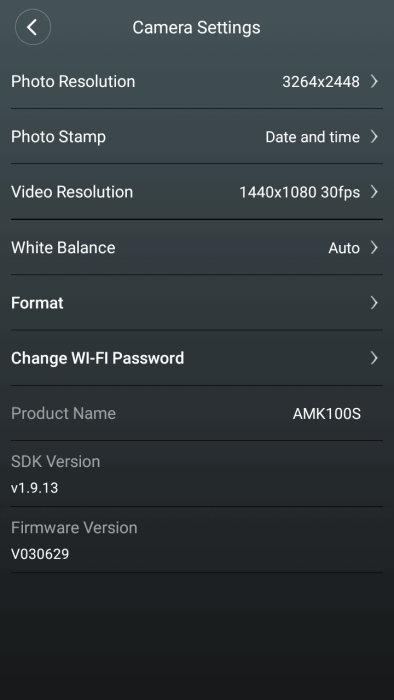 Update: AMKOV has released another "360 Grad" camera. The AMKOV AMK200S has two lenses with an 220 ° field of view. The video resolution is 1920 x 960 pixels at 30 pictures-per-second. The image processor and the image sensor remain unchanged. Since this is an OEM product, the camera is also called "Elephone Elecam 360" distributed. Once we have a test copy should be followed by a link to the detailed review at this point!

The AMKOV AMK100S is one of the first 360 grade cameras to be sold at a cost-effective price. Nevertheless, it should be remembered that this type of camera is still in its infancy. The recording quality is rather mediocre and even details seem muddy. Full-scale 360 degree shots are also not possible, which is already due to the design of the camera. What the AMKOV AMK100S is suitable for, however, are aerial photographs, in which above all the large angle of view can score.