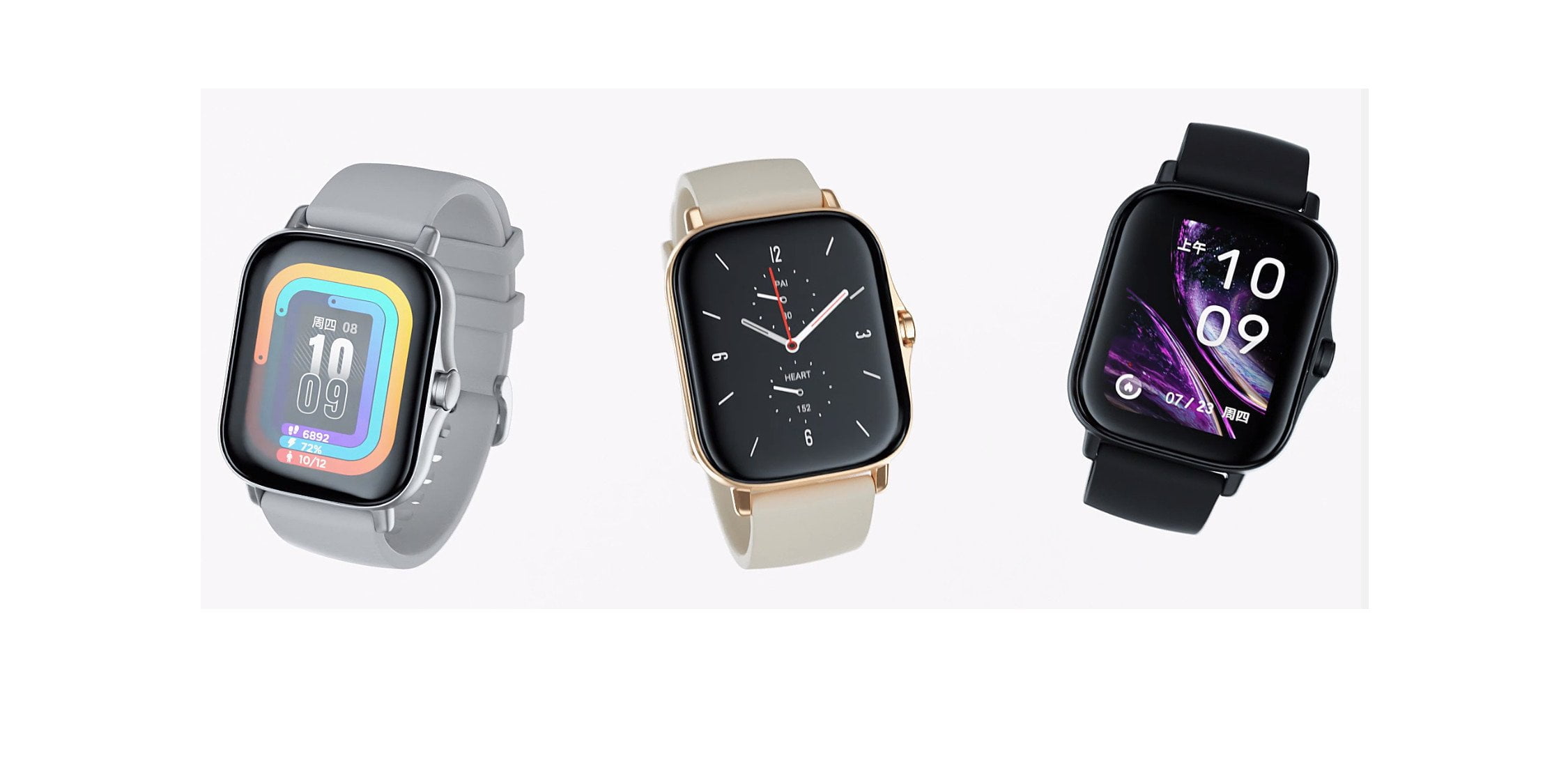 The Amazfit GTS 2 has been on the market for a good year now. Just in time for Black Friday, the official Amazfit store has reduced the smartwatch for just 127,90 euros instead of 169,90 euros.

Huami today introduced the Amazfit GTS 2 for the global market. As could already be seen, the global version dispenses with NFC. As a result, the smartwatch does not support mobile payment. The Global Version does not use XiaoAI as a voice assistant, but Amazon's Alexa. Sales start on November 15, 2020. The non-binding sales price is 179,99 euros.

Here is the recording of the global launch event:

Here it is, the Amazfit GTS 2 Smartwatch. Almost a year after the publication of the Amazfit GTS (test report) Huami has revised the popular smartwatch model optically and technically. A distinctive feature of the new look is the curved 3D display glass, which merges seamlessly into the aluminum housing. The control button on the side has remained, but it is enclosed by the frame.

With a weight of only 24.7g, the GTS 2 is almost as heavy as its predecessor, which means that the smartwatch can hardly be worn on the wrist. The choice of colors has been reduced. While the predecessor was still available in 7 different colors, the Amazfit GTS 2 only has 3 colors (black, silver and gold).

The square 1.65 inch AMOLED display, which has a point density of 341 PPI, ensures a pin-sharp display. The AMOLED display type is characterized by particularly strong colors and an almost infinite contrast ratio. In contrast to the LCD, which requires backlighting, with the AMOLED panel each pixel is controlled via an active matrix. Unnecessary pixels are simply switched off, which in turn ensures a particularly deep black display and at the same time saves the battery.

The PPG BioTracker of the Amazfit GTS 2 has been improved. In addition to heart rate, it also measures the amount of oxygen in the blood (SpO2). In order to create an individual health profile, the collected data goes through the OxygenBeats and RealBeats algorithms, which warn the user of possible health problems (lack of oxygen, atrial fibrillation, excessive heart rate).

Also on board is the PAI health assessment system, which converts all activities and health data recorded by the Amazfit GTS 2 into a numerical value. This health score gives the user a quick insight into the individual cardiorespiratory fitness. The sleep monitor, which now also records short naps, has also been improved. The synchronization of the health and fitness data takes place via the Zepp app, which presents all data to the user in a graphically enhanced way.

Sports activities can be tracked with 12 different sports programs. It includes various running and hiking programs, but also more specific activities such as swimming, skiing and tennis. The smartwatch is equipped with extensive sensors so that the recording is as precise as possible. A gyroscope, an acceleration sensor, an air pressure sensor and a geomagnetic sensor are installed. The integrated GPS + GLONASS module is used to determine the exact position. Splash water cannot harm the smartwatch. The case is waterproof to 5ATM, which is why the smartwatch can remain on the wrist when taking a shower or swimming.

What is new is the combination of microphone and loudspeaker, which enables the wearer to make calls via the smartwatch. If a call is received on the smartphone connected via Bluetooth, the call can be made directly via the watch. Of course, it is also possible to receive notifications such as WhatsApp messages. However, answering this via the smartwatch does not work. 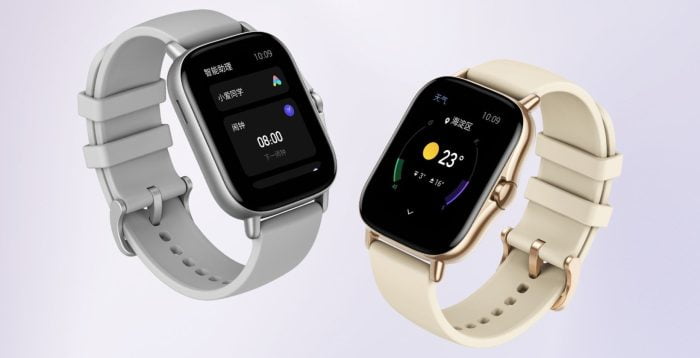 Another function includes the voice assistant, which can be activated directly via the smartwatch. Since the Amazfit GTS 2 is currently only available in China, only the XiaoAI voice assistant there is supported. The same applies to the integrated NFC module, which can be used in China as a traffic ticket or for mobile payment. Another service that is only available on the Chinese market is the NetEase Music Cloud, which fills the 3GB music memory of the smartwatch with songs. It is not yet known when the Amazfit GTS 2 will be available globally and whether similar functions will then also be implemented for the western market.

Huami specifies the capacity of the battery as 246 mAh. On average, a running time of approx. 7 days is possible. Converted to individual functions, the smartwatch can make calls for 5 hours at a time or determine the position for 25 hours at a time with GPS switched on. Economical carriers can achieve a term of up to 20 days.

So far, the Amazfit GTS 2 is only available in China. The smartwatch there costs 999 yuan, which is the equivalent of 125 euros. It is not yet known whether and when the smartwatch will also be available in western markets. However, it is quite likely that the GTS 2 will be presented in a global version in the coming weeks. 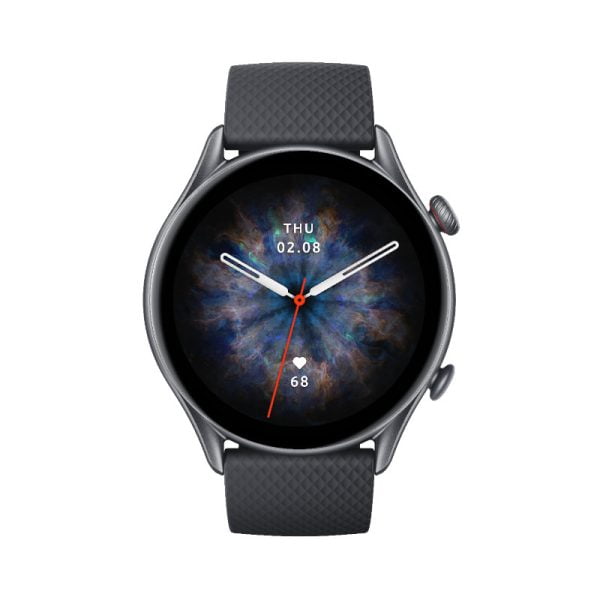 Amazfit GTR 3 Pro Review – Get it now at a special price!