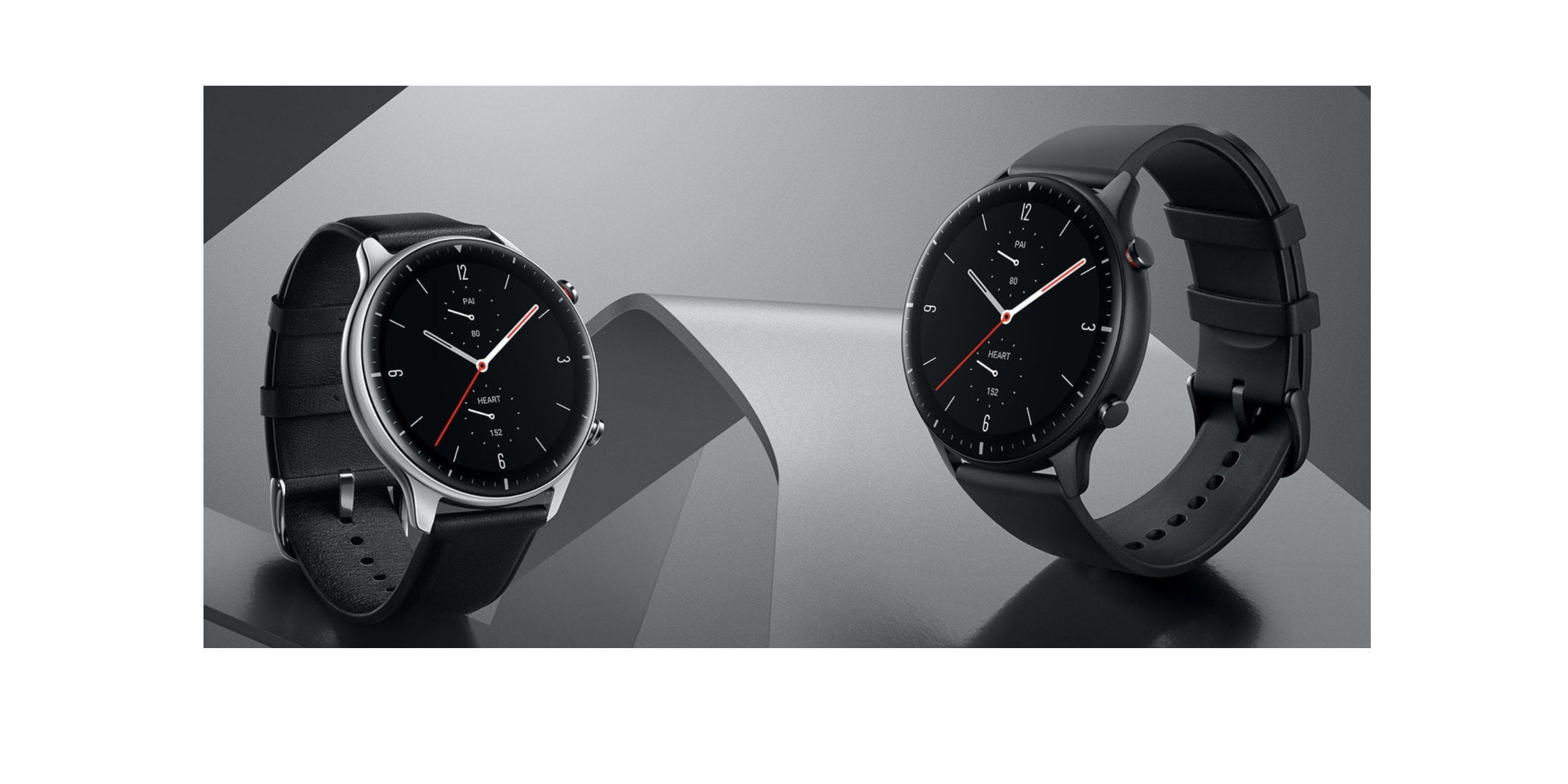 A good year after the Amazfit GTR 2 was released, the Smartwatch is available at an offer price of only 129,90 euros instead of 169,90 euros. Where? In the official Amazfit shop!

Huami today introduced the Amazfit GTR 2 for the global market. As could already be guessed, the Amazfit GTR 2 Global Version dispenses with NFC, which is why mobile payment is not possible. The global version of the voice assistant uses Amazon's Alexa. Sales start on October 30, 2020. The non-binding sales price is EUR 169,99.

Here is the recording of the global launch event:

Huami has next to the Amazfit GTS 2 also presented the Amazfit GTR 2. The smartwatch is available as an elegant “Classic” or “Sport” model. The sports model is presented with a hard-wearing plastic watch strap. The case is made of lightweight aluminum so that the watch is barely noticeable around the wrist. The weight without the bracelet is 31.5g. As an alternative to the sports model, Huami is also sending a classic model into the race. The design is the same, but instead of a plastic bracelet, this model comes with an elegant leather bracelet. The case is made of stainless steel and weighs 39g. The smartwatch is operated using two control buttons on the side. Both models are protected against water up to 5ATM.

The circular 1.39 inch display is of the AMOLED type and has a resolution of 454 x 454 pixels. The display type is characterized by an excellent black level and a particularly strong color representation. Due to the high point density of 326 PPI, it will hardly be possible to make out individual pixels. The display, which is curved towards the edges, merges with the particularly thin watch case with almost no border. Hardened protective glass promises a particularly high level of protection against bumps and scratches.

A highlight of the Amazfit GTR 2 is the lush 471 mAh battery. According to Huami, the average running time is around 14 days. Those who use it particularly sparingly can even run for up to 38 days. The battery is charged via a magnetic charging connector in around 2.5 hours.

The rest of the equipment hardly differs from that Amazfit GTS 2. There are also 12 sports programs that track individual activities in detail and a BioTracker 2 PPG sensor that monitors the wearer's heart rate and oxygen saturation. Special measurement and monitoring processes such as PAI, OxygenBeats and RealBeats are available. This makes it possible to get an overview of physical fitness in the long term. A comprehensive sensor system, consisting of a gyroscope, acceleration sensor, air pressure sensor and magnetic sensor, make the tracking accuracy more precise. The position is determined using GPS. All data can be evaluated using the Zepp app, which can be conveniently installed on Android and iOS mobile devices.

In addition to the sports and health functions, the Amazfit GTR 2 is also a perfect everyday companion. The smartwatch has a built-in combination of microphone and loudspeaker, which can be used to make Bluetooth calls. If a call is received on the connected smartphone, it can be made directly via the smartwatch. Incoming notifications on the smartphone, such as WhatsApp messages or e-mail, can be forwarded directly to the smartwatch. It is not possible to just answer it.

Other functions that were previously reserved for the Chinese market include NFC, the use of the voice assistant and the NetEase Music Cloud. It is currently not known whether and to what extent these functions will also be implemented in the event of a global market launch.

The Amazfit GTR 2 costs 999 yuan in China, which is the equivalent of 125 euros. As with the GTS 2, Huami has not yet revealed any plans for a global launch. However, it is quite likely that the new Amazfit Smartwatches will also be available in this country in the coming weeks. 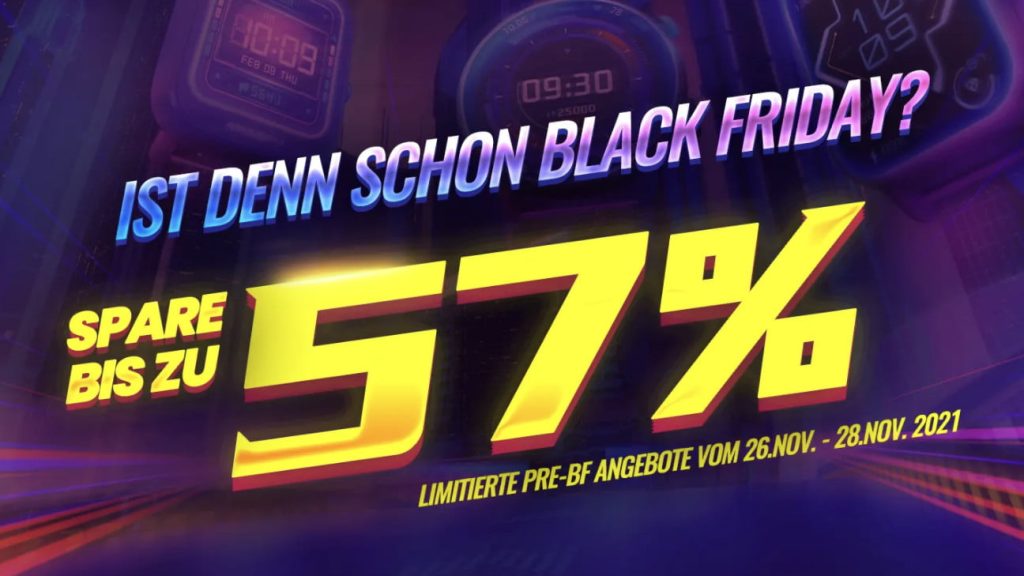 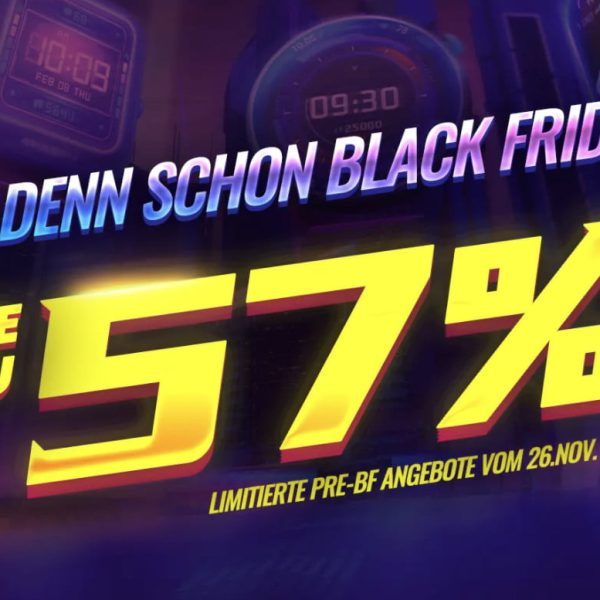 Smartwatch fans watch out! Today is Black Friday and as always we provide you with the best offers for this bargain day. This post revolves around ...