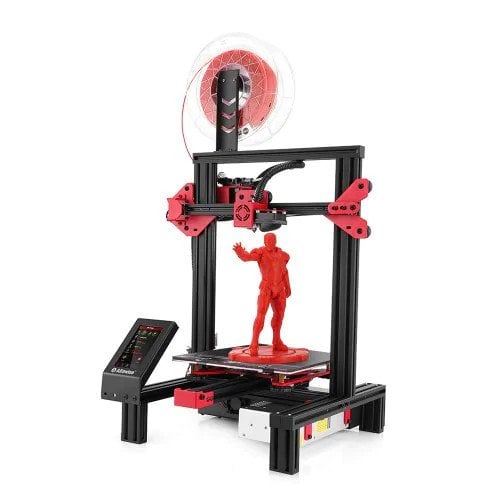 With this coupon you can join Gearbest is Alfawise U30 Pro 3D Printer for only 191 € instead of 200 € to buy! Shipping is via Priority Line within 10-15 working days. Additional costs do not apply to this item.

Activate deal
the official club's Twitter page reportsFacebookWhatsAppbufferpin It
by Timo12. May 2020

Upgrade the Alfawise U30

The Alfawise U30 Pro is as the name implies Upgrade the Alfawise U30, The basic functions of the DIY 3D printer (detection of filament failures, power failure recovery, etc.) as well as the housing have largely remained the same as the previous model. That too print volume is with 220 x 220 x 250 mm identical. 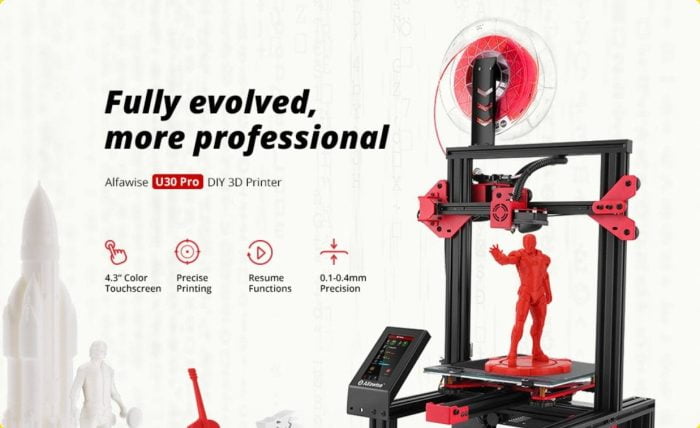 One of the new features is one larger 4.3 inch touch display, For intuitive operation, the user interface has been completely redesigned. Particularly interesting for tinkerers is the new motherboard that with the Open Source Marlin firmware running. Changes and improvements from the Maker Community can be considered as soon as possible. Also new are the drivers. Instead of the 4988er of the U30, the U30 Pro uses the quieter ones TMC 2208er, For added convenience, the micro SD port has moved to the side.

The printer was from the EU camp in 4 days with me. Was neatly packed and there was no damage. The printer is set up in less than an hour. After some fine-tuning, the print results are really first. Clearly recommended for the price.